It’s been a year of drastic change and uncommon resilience.

The 2020 Toastmasters calendar year is one for the history books.

Two notable events—the formal transition to the Pathways learning experience as the organization’s official education program, and the International Convention originally planned for Paris—would be distinctive milestones in any year. But 2020 is not any year. In fact, it has been one of the most uncertain, sobering, yet exhilarating periods in Toastmasters history.

The year opened with COVID-19 shock waves, which spread daily in devastating intensity. The initial impact on our global organization, with its 96-year history of in-person learning, was jarring. Yet almost immediately, members and leaders mounted a worldwide drive to preserve club viability.

The Board of Directors acted quickly to allow all-online meetings; clubs, Areas, Districts, and regions responded with what turned out to be a deep, untapped zest for technology and creative innovation.


“This uncharted territory has caused the organization, at every level, to innovate in ways previously believed to be improbable, or even unacceptable. But courage and commitment to Dr. Smedley’s movement has, so far, prevailed,” said Toastmasters Chief Executive Officer Daniel Rex in his August 2020 CEO Report.

Here is a look back at 2020, highlighting how Toastmasters members reacted not only to ensure, but to exceed the expectations of that experiment.

“Trust me when I say that you are on the cusp of an adventure of a lifetime (with Pathways),” said Lorinne Griswold of ChevMasters Club, in San Ramon, California, on what she realized after resisting and then ardently embracing Pathways.

Nearly a year into a unique alliance between the international organizations, Toastmasters has created eight custom education courses for Rotary. Want to reach out to Rotary members in your community? There are dozens of resources designed for collaborative interaction.

Despite the pandemic, Toastmasters continued to prize excellence in action, as these numbers demonstrate.

Bravo: To these Distinguished Districts that faced COVID-19 challenges for a significant part of the 2019–2020 program year, and still rose to Distinguished status.

So Many to Celebrate: The overwhelming positive energy of clubs, even in the midst of a global health crisis, is a continued cause for celebration. The Board of Directors created new awards at the club, Area, Division, and District levels just for the 2019-2020 program year.

What Were You Reading?

Cost and distribution issues related to COVID-19 led to the temporary suspension of the print edition; the magazine went online-only in May. Interestingly, 2020’s top three articles were pandemic-related exclusives:

2. “How to Appear Your Best Online”

3. “Suddenly, Life is a Series of Table Topics”

Other top articles: “Evaluations: Bridging the Culture Gap,” “Be Our Guest,” and “The Power of Body Language.”

Where Were You Reading?

The magazine’s popular Traveling Toastmaster section pictured members taking their magazines around the pre-pandemic world, from Istanbul and Cape Town to the Taj Mahal and the Grand Canyon. The magazine went on skydives, paraglides, and scuba dives. Later in the year, as people were forced to stay close to home, members creatively submitted pictures of themselves with their magazine in their hometowns and front yards.

Members and leaders persevered and elevated the Toastmasters mission in 2020. You were vigorous in reaching out for answers and assistance: Between March and September 2020, World Headquarters fielded 20,900 phone calls, 10,500 emails, and 11,000 chats.

Words of Wisdom in Troubling Times 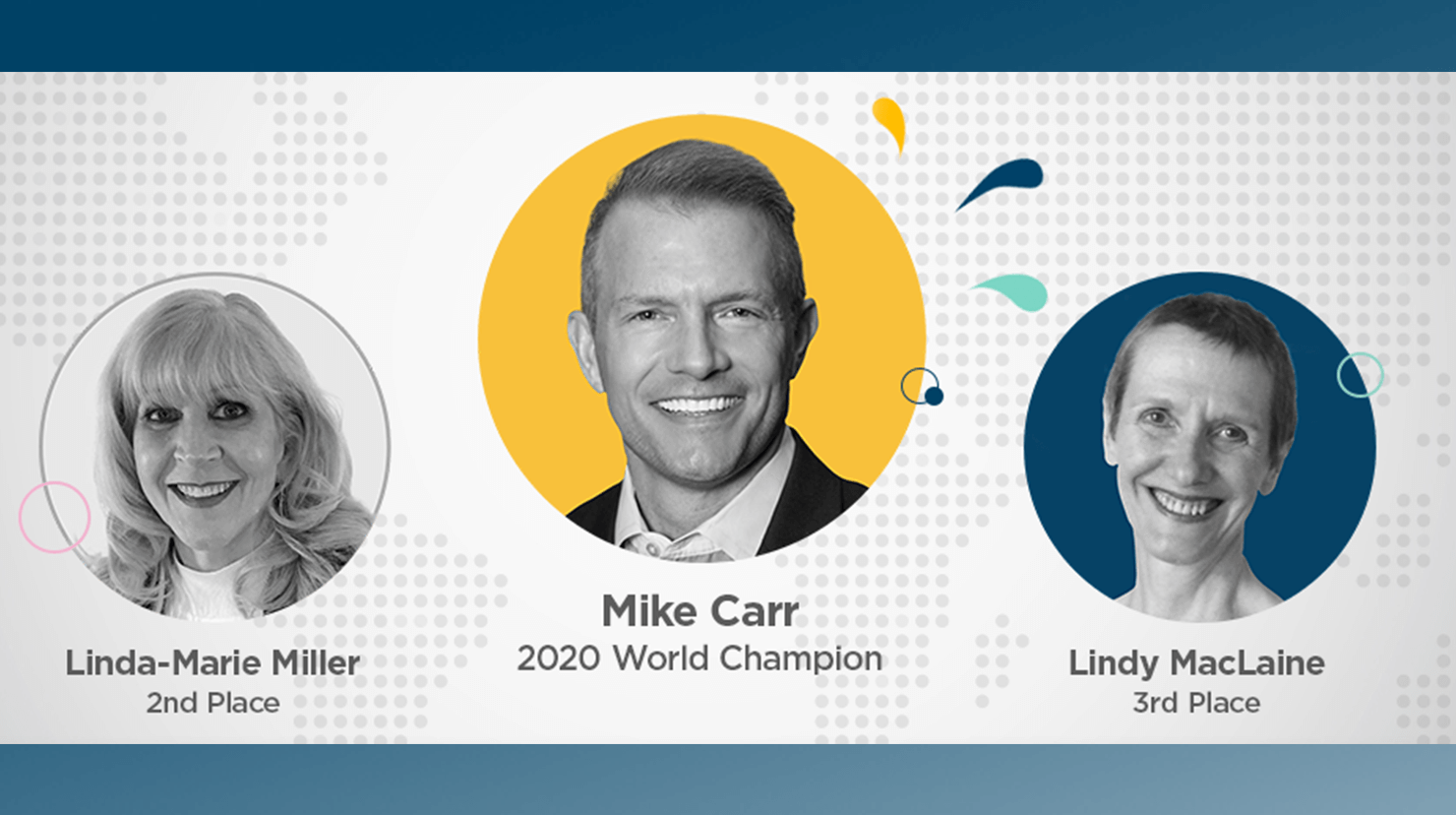 Meet the Winners of the 2020 World Championship 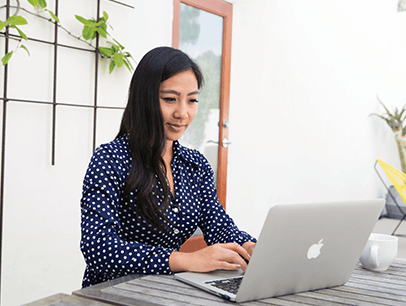 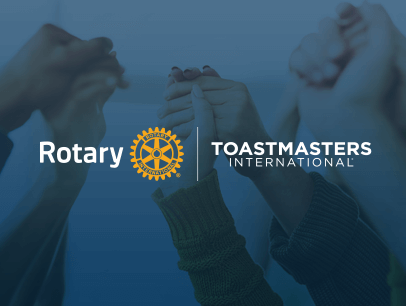 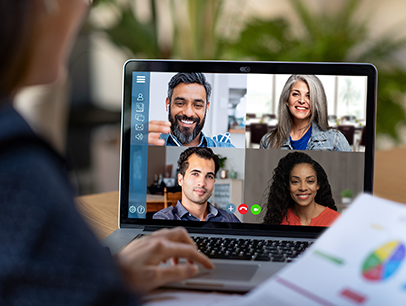 It's Time to Meet Online!

Tips and tricks for holding successful online meetings during the health crisis.

Words of Wisdom in Troubling Times

A collection of quotes on resolve.

“To me the most impressive part has been the way you, our members, quickly responded to challenges and found opportunities to overcome them. I view challenges as opportunities in their rawest form. They enable us to view things differently … to try new things … to break free from the norm … and to experience change. You proved this to be true.”

“We cannot stop serving our members, even in this time.”

“Change is inevitable; what isn’t pre¬ordained is our response. We have a choice to be positive in the face of difficulty…Change forces us to add new tools to our toolbox. It also strengthens our community by sharing our humanity during this difficult time.”

“While we are most comfortable fully engaged with in-person meetings…online meetings, speeches, and chats are giving us purpose and a reason to smile with one another. We are experiencing our support system, still in place, all around the world.”

“It (Paris) would have been the first time in Toastmasters history that an international president from North America was inaugurated outside of North America. Oui, Oui, Smedley! This didn’t happen as we’d planned it, but it won’t ever change who we are or what we do because we are Toastmasters, where leaders are made.”

“Even though right now many of the borders are closed and we’re dealing with this pandemic pause, that doesn’t mean you still can’t be virtual and global simultaneously. This is probably the best opportunity that we’ve ever had to be truly connected as a human race.”