Resilience in Times of Uncertainty:

A Conversation with Toastmasters and the American Psychological Association

Watch a panel of psychologists and global Toastmasters leaders as they discuss how to build resilience in times of uncertainty and recommend ways to address what so many are experiencing—burnout, loneliness, and stress. The panelists will also talk through how to navigate those feelings with evidence-based strategies and tips for finding work/life balance, maintaining mechanisms for camaraderie and community, and how best to practice self-care and gratitude. 
Dilip Abayasekara grew up in Sri Lanka and moved to the United States for his higher education. After earning a Ph.D. in Organic and Polymer Chemistry, he worked for 12 years as an industrial scientist, during which time he joined Toastmasters and discovered he had a talent for public speaking and training.

He was twice a finalist in the Toastmasters World Championship of Public Speaking® contest, placing second in 1992. In 2005-2006, Dilip served as Toastmasters’ International President, the organization’s highest leadership role, where he worked with the Board of Directors to serve the organization’s members in more than 100 countries. He also earned the Accredited Speaker designation—Toastmasters’ highest recognition of professional-level speaking skills. Along the way, he founded a speech coaching and training business that brought him in front of international audiences. He also served as a college professor of communication and of world religions. 
Mana K. Ali Carter is a psychologist at MedStar National Rehabilitation Hospital (NRH) serving adults with various congenital and/or traumatic physical and medical conditions. She is the attending psychologist on the Spinal Cord Injury and Disease Unit, director of training for Rehabilitation and Pain Psychology Fellowship, and co-chair of Equity Committee at NRH.


Lisa M. Brown is a professor, director of the Trauma Program at Palo Alto University, and an adjunct clinical Professor at Stanford University School of Medicine.

Her clinical and research focus is on trauma, resilience, and aging. As a researcher, she is actively involved in developing and evaluating health programs used nationally and internationally, drafting recommendations aimed at protecting vulnerable individuals and communities, facilitating participation of key stakeholders, and improving access to resources and services. 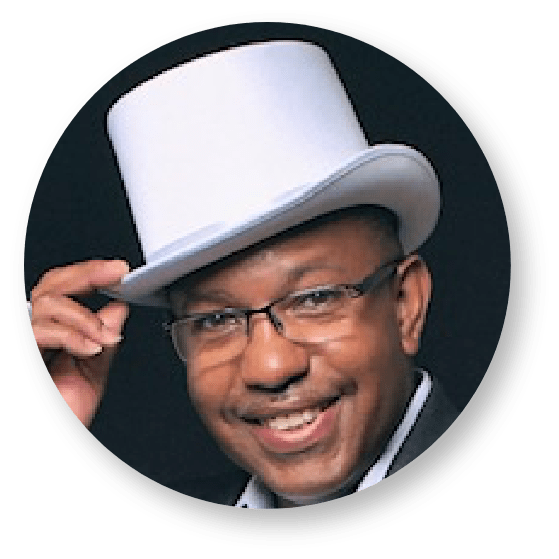 
Charles S. Gates is an entrepreneur, coach, trainer, emcee and transformational speaker. He takes his audience and clients from mundane to magnificent, using his “Top Hat” leadership philosophy. His high-energy presentations and workshops are fun, in-your-face, and memorable.

Serving on the boards of a handful of community-based nonprofits, Charles is also a Past District Director and Region Advisor for Toastmasters International. 
Pat Johnson has spoken in a long list of countries around the world as a keynote speaker and educator over the past 20 years. She was International President of Toastmasters International in 2010-2011, is a current Region Advisor for Europe and the UK, and the recipient of Toastmasters’ President’s Citation Award, given for outstanding leadership and communication on a global level.

Pat is passionate about her business, Pat Johnson & Associates, where she coaches leaders as they search for their greatest version of their authentic self. She works to help individuals overcome their self-limitations and to aspire to more in life. She is also an affiliate coach at Accomplishment Coaching, has a World Class Speaker Coach Certification, and is a member of the International Coaching Federation.

Explore humor to its deepest level while you laugh and learn.

We launch this series with the basics. Join our panel of experts to conquer your speech fears and master life situations where speaking is required!

Listen to tips and insights from global business leaders.

Hear perspectives from an online panel of Toastmasters experts.