It has been a brutal 16 months for the B.U.T. Abaco Trail Blazers, a 66-year-old club on the island of Abaco, in the Bahamas. In September 2019, Hurricane Dorian struck, devastating the island and the country as a whole. Club members were among the thousands of residents whose homes were decimated by the storm.

In the hurricane’s aftermath, members had to relocate to other countries. The club’s physical meeting space was also destroyed, along with all the Toastmasters contents inside. Club banner, books, flag, gavel, lectern, new member pins, new member kits—all gone.

Then COVID-19 hit. Two members of the Abaco Trail Blazers contracted the virus, one of whom was hospitalized for three months.

Amid the displacement and distress, Toastmasters was a beacon of light, says Club President Neulessa Lundy-Major. Online club meetings became a haven.

“Just being able to connect through Toastmasters, hear each other’s voices from Canada, Guyana, Jamaica, and other parts of the Bahamas, made us feel better,” says Lundy-Major, a member since 2011. “Even more so than before, we encourage each other to achieve goals while helping each other to heal. It is an extraordinary thing for us here in the Abaco Trail Blazers Club.”

"The bonds that we create in our clubs rally us through difficult times."

Their experience reflects the role that Toastmasters plays in many people’s lives. The program is about much more than skills development—it can also be a source of emotional comfort, say members. Close friendships are formed, and fellow members become a support system.

“I saw my club members rally around me during a particularly difficult time a few years ago, offering company and solace, and taking care of me when it was most needed,” says Sagnik Biswas, DTM, a member of two clubs in Bangalore, Karnataka, India. “The bonds that we create in our clubs rally us through difficult times.”

Psychological growth is built into the Toastmasters culture. Embracing the vulnerability that comes with public speaking is its own act of bravery, sparking self-confidence. Toastmasters say participating in club meetings is like an act of self-care, a routine that boosts mental health.

Lundy-Major, a longtime teacher in the Bahamas, says that has been particularly true this year. “Every week, instead of worrying about COVID and my home repairs and all the other stressful things around me, I would just pause, turn on my laptop, and travel to the exciting room we call Toastmasters, where I find tranquility, peace, and positive thinkers who are assisting me with facing the future and developing goals to make my world a better place.

“Even if it is only for two hours, it’s like the great escape.”

Strengthening communication skills is a key to connecting with people and improving relationships. That leads not only to more emotional fulfillment but a more harmonious society, a belief strongly advocated by Toastmasters founder Dr. Ralph C. Smedley. Author John Bowe delved into that principle, highlighting Toastmasters in his recent book I Have Something to Say: Mastering the Art of Public Speaking in an Age of Disconnection.

“For individuals and for society, speech training really constitutes the ultimate survival skill,” Bowe said in an August Toastmaster magazine article. “It’s what keeps good people engaged with all of life’s fights—in family life, politics, at work, and so on—and keeps us alive for another day, hashing out problems, instead of sulking off to the sidelines, filled with resentment.”


Toastmasters in the Time of COVID-19

As the coronavirus pandemic has cast its shadow around the world, people have felt isolated, scared, and anxious. Toastmasters has provided connection and community.

Trà Pham, of the Hanoi Speakers in Vietnam, says her club members have grown closer in recent months. Meeting online, they’ve managed to add fun activities, such as giving impromptu speeches while rollerblading, playing the piano, or doing yoga. 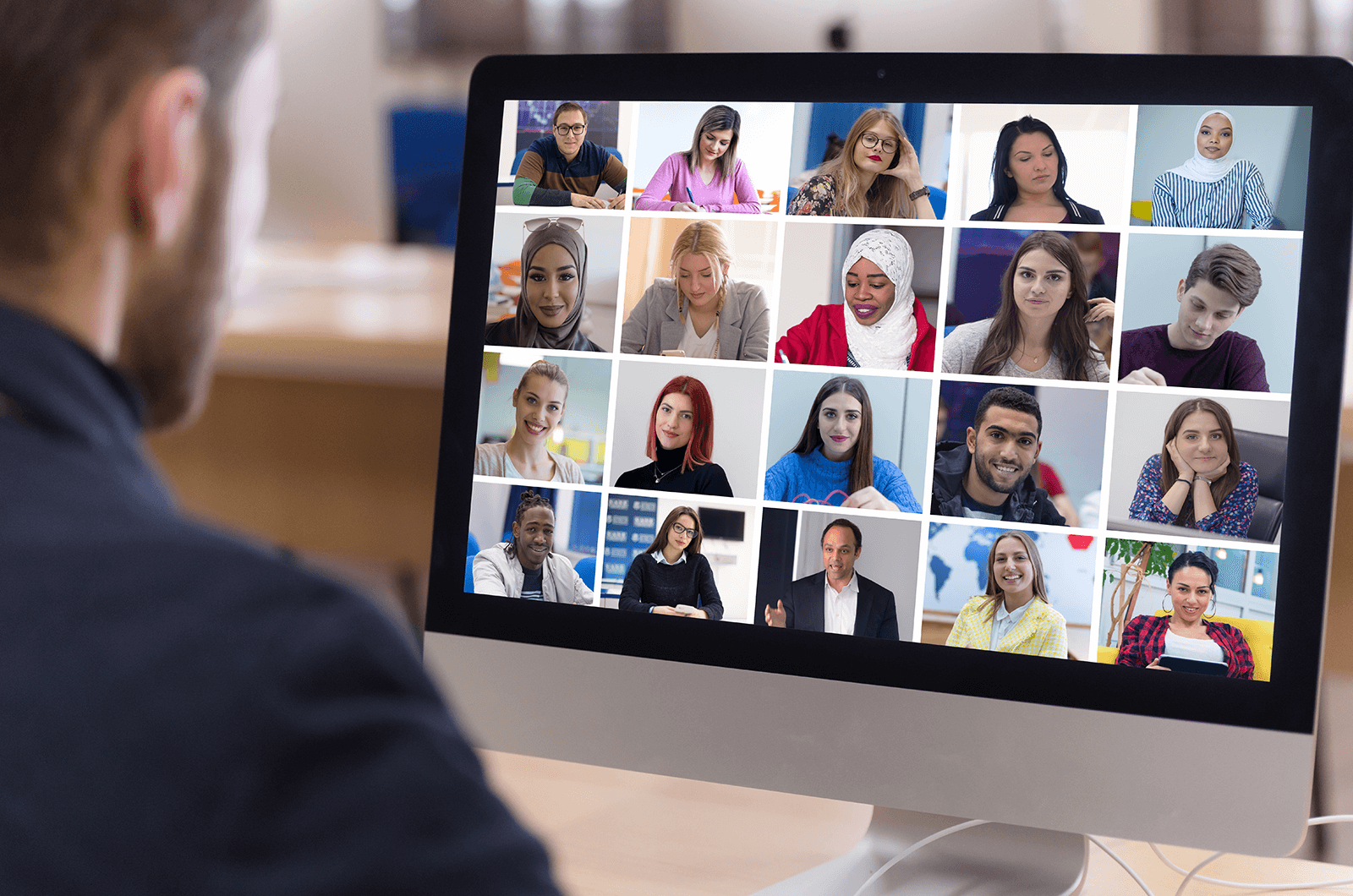 “I felt quite gloomy during the pandemic, but I can join online meetings and connect with other members, and they have such energy that helps lift my mood,” says Pham, the club’s Vice President Education.

Other Toastmasters, too, say club meetings are a soothing constant during hard times. “Every week, I look forward to my Toastmasters meeting to de-stress and decompress, where everyone talks of hope and faith, and discussions are fun-filled and yet full of learning,” says Tanwi Kumari, of the PSN Toastmasters Club in Bangalore, Karnataka, India.

Being able to laugh together has a healing effect—whether listening to comedic speeches, being playful in Table Topics®, or just making quips in conversation. The Abaco Trail Blazers select “hilarious Joke Masters to open our meetings,” says Lundy-Major.

“Every week, I look forward to my Toastmasters meeting to de-stress and decompress."

“Laughter—that is the key,” adds Carol Ashton, a member of the Wetaskiwin Toastmasters in Wetaskiwin, Alberta, Canada. “The key to learning, the key to staying connected, and the key for success. We have a great group that adds humor in their speeches in general.”

Chitra T V, a member in India, finds therapeutic value in Toastmasters. And she should know: She is a therapist herself. In Toastmasters, she notes, people express themselves, listen attentively, provide nonjudgmental support and helpful feedback, and build their confidence and emotional strength. In many ways,
“it’s like a therapy group,” she says. T V, who belongs to the Kaggadasapura Toastmasters Club in Bangalore, even recommends that colleagues tell their clients about Toastmasters.

“There are young people who don't want to continue in therapy but they struggle with their communication skills. I find Toastmasters very useful,” she says.

For Sagnik Biswas, life instantly became more hectic once the pandemic struck. He works as an event facilitator for Capgemini, a giant technology and outsourcing company, and suddenly all his work was completely online. On top of that, he was the District 92 Club Growth Director and then became its 2020–2021 Program Quality Director. Thus the “informal banter” sessions his clubs held at the end of each meeting, after the regular activities had concluded, were much appreciated, says Biswas.

“It helped me to have those 20 minutes of levity, where I could relax, sit back, and enjoy the wit, banter, and most importantly, the learning through fun that Toastmasters International advocates, and that Toastmasters clubs live,” he says. “It helped me get through an immensely difficult time—and I am thankful to my clubs.”

In Lundy-Major’s club in the Bahamas, after the club adjourns the formal part of its weekly meetings, some members use the same Zoom link to stay on and socialize—sometimes for as long as two hours. “We would just talk about life, COVID, Pathways … and just thank God for pulling us through amidst all of the turmoil.”

When the pandemic hit, Ashton—the Canadian member—was working as a waitress, and she found herself without work for three months because her restaurant had to close. Being able to attend various club meetings on Zoom made her feel less isolated, she says.

“That cold feeling of staying home turned to a big warm fuzzy. I met people from all over the world,” she says. “I woke up early to meet the Witty Birds [an online club based in the United Kingdom], and stayed up late to visit a club in Singapore. Any time I wanted a warm fuzzy, I found a club that was meeting that day.” 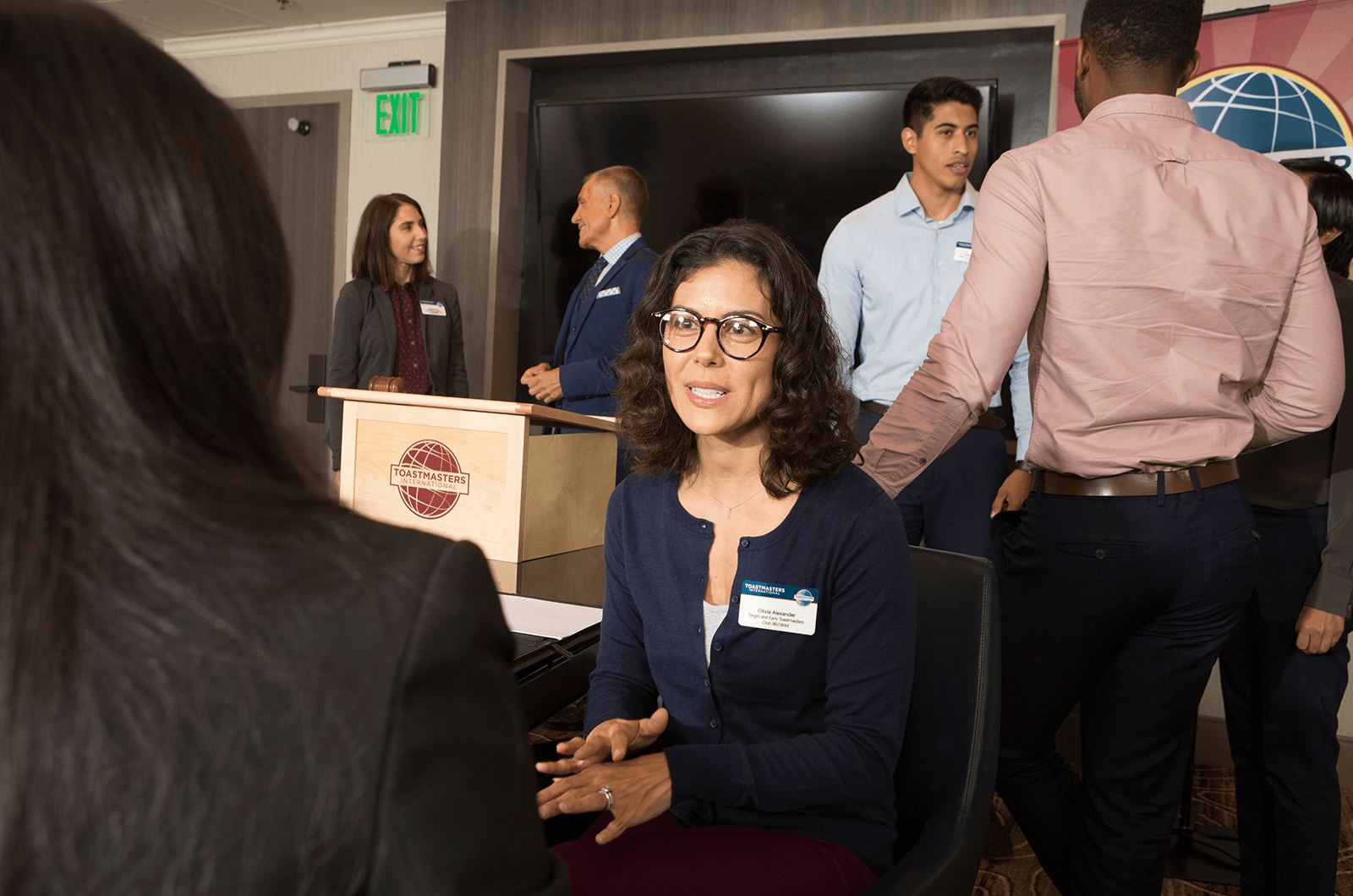 Toastmasters often talk about the impact of COVID-19 in their conversations with each other and sometimes incorporate the topic into meetings. Chitra T V, the therapist in India, says a number of her club’s speeches touched on the pandemic. Participating in Toastmasters “is allowing people to talk about what is happening to them,” she says.

At one meeting of the Abaco Trail Blazers, the theme of the Table Topics session was: “If I could change one thing right now, what would it be?” The session turned out to be cathartic, says Lundy-Major.

“Most of the presenters spoke about their lockdown experiences, and it was a coping thing for them and those who listened. … Some of the jokes were about the crazy things people tried while in lockdown.”

For the Abaco club, there is still a long road ahead nearly a year and a half after Hurricane Dorian, which left more than 80,000 residents of the Bahamas homeless. Lundy-Major’s island home is slowly being rebuilt, and the country is trying to recover from the worst natural disaster in its history. But she and her fellow Trail Blazers are on the path together, buoyed by their club and their connection.

“Yes, this is a frightening time,” she says, “but we try to make the best of our time together.”

Watch the second and third installments of the Thriving During Social Distancing webinars on the Toastmasters YouTube channel. 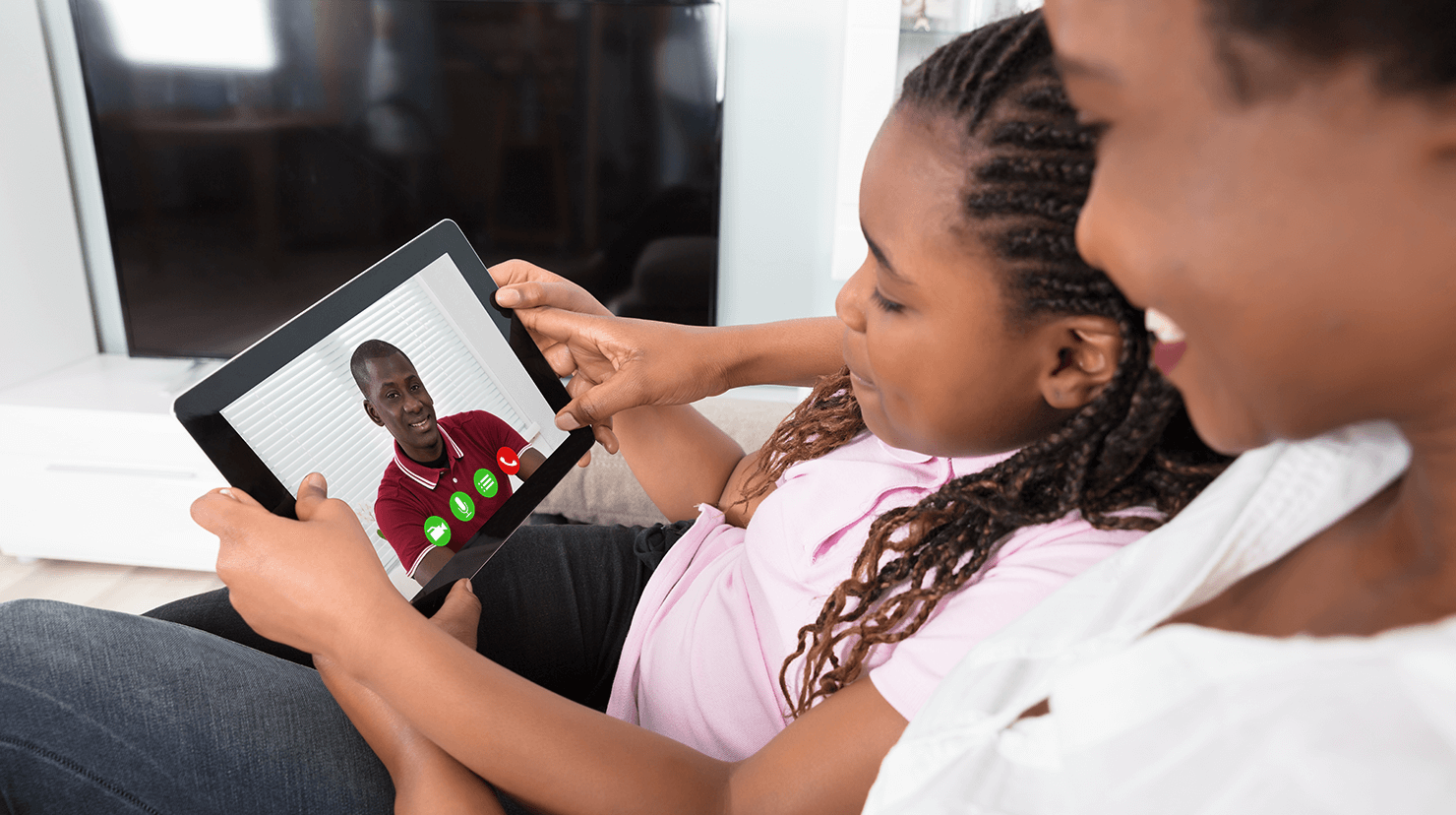 Hold on to your humanity and find a sense of belonging during COVID-19. 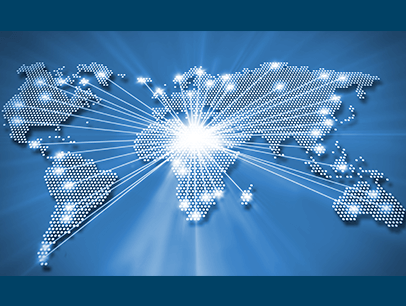 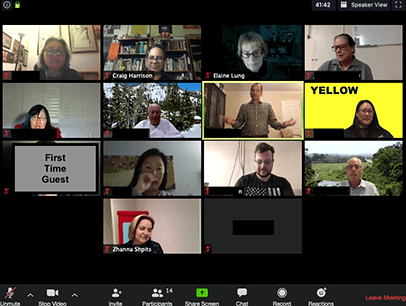 Suddenly, Life Is a Series of Table Topics

Learning to embrace a “new normal” as a quarantined Toastmaster (QTM).

When COVID-19 hit the U.S., Alex Kiester found herself battling severe anxiety. But it wasn’t directly related to the pandemic—it was tied to communication issues, she says. In the past, the professional writer had struggled mightily with anxiety over public speaking, an anxiety so distressful that it prompted multiple panic attacks on a daily basis. That’s what spurred Kiester to join Toastmasters three years ago, leading to a dramatic transformation, her fears abating as she gained a sense of confidence and control.

The young Texan was initially preoccupied with making sure her family was healthy and safe when the pandemic first emerged. Her participation in Toastmasters lapsed.

“And then I started noticing I was having my old severe anxiety, which had nothing to do with the pandemic—it was specifically about communicating with other people, and I was experiencing it in a way I had never experienced it before, like in virtual meetings with my clients, even with some friends,” says Kiester. “And I thought, Oh, man, I’ve got to get back to Toastmasters.

“So I went back, and I’m not exaggerating: After that first meeting back on Zoom, it was night and day. It was a complete shift in my mental health and my confidence level. I was like, Oh, yeah, I’m in control again.”

Kiester, the author of a published novel and another one to be released in early 2022, believes it’s important to talk openly about topics like anxiety, to erase any stigmas that might exist around mental health issues. A member of two clubs in Austin, Texas, she says she’s grateful for the impact Toastmasters has had on her life the past few years. (Her mom is a Toastmaster too.)