Christian Höferle understands the challenges many of us face when communicating across cultures. Born in Germany, he is the president and CEO of The Culture Mastery, a training firm for global leaders in Atlanta, Georgia. He says a common problem in many cross-cultural situations is that “we compare communication styles to what we’re accustomed to and then judge against it. If behaviors aren’t what we consider ‘normal,’ we’re often quick to assign questionable or even bad intent to those behaviors.” 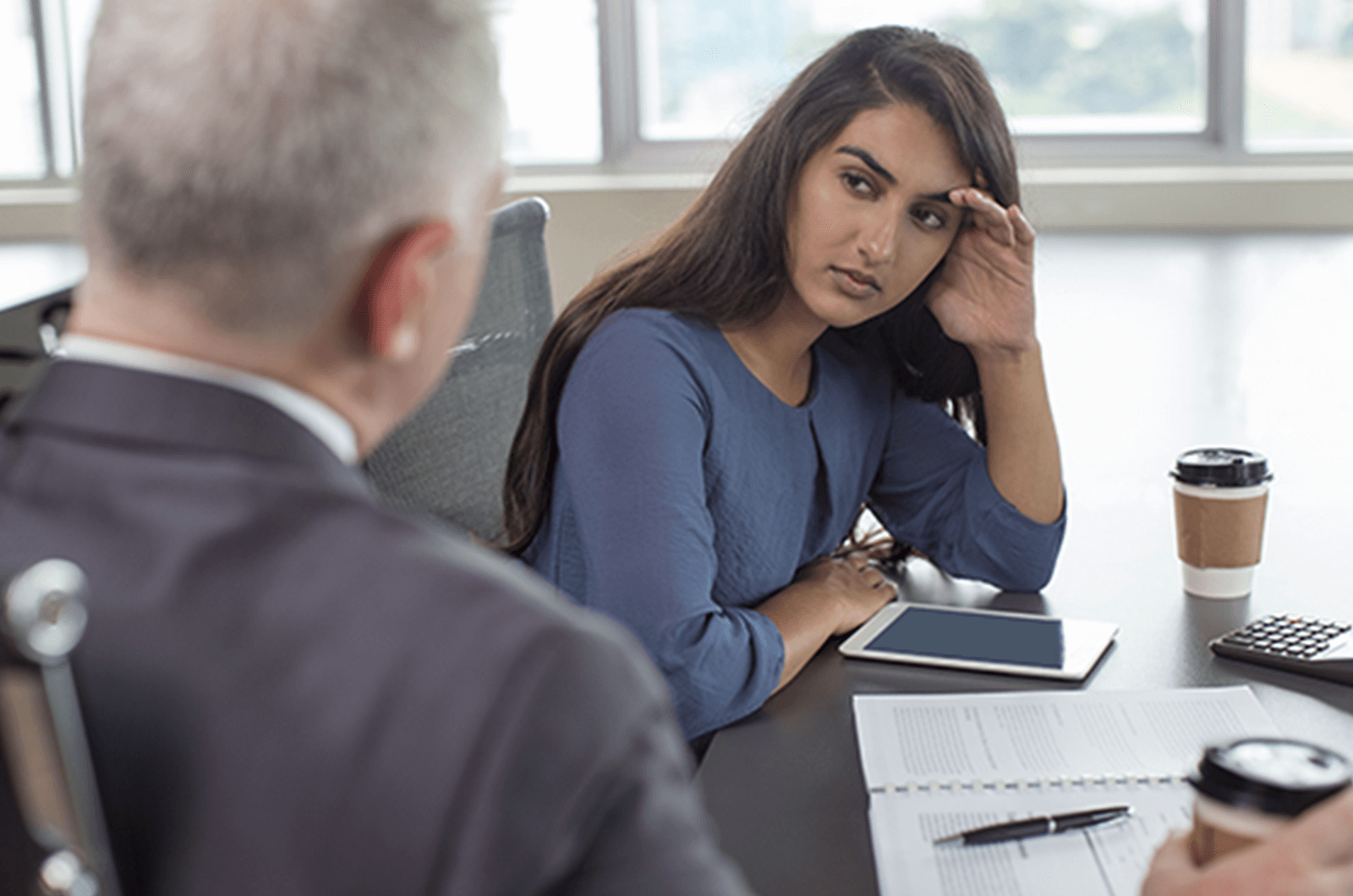 Take giving feedback, for example. “In Germany, communication is often very direct, blunt, and to the point,” Höferle says. When he offered what he considered “normal” feedback to his staff in the southern United States, “we lost employees because people thought I was mistreating them, so I learned quickly that I had to adjust my style.”

With clubs in 143 countries, Toastmasters regularly interact with members from other cultures, ethnicities, and backgrounds in their clubs as well as in their places of employment. This is particularly true in recent months as the trend to online clubs has allowed members to visit clubs around the world. As a result, Toastmasters often give speech evaluations to members from other cultures who may have learned vastly different ways to deliver or interpret performance feedback.

“You need to understand the ‘cultural code’ before giving and receiving evaluations.”

For example, someone from a culture known for its tough, direct feedback style might use an “upgrader” style that’s designed to make negative feedback sound stronger: “This is fully unacceptable,” or “Your analysis completely lacked good research and clear thinking.”

Conversely, those from a culture with an indirect feedback style might use “downgraders” to help a speaker save face, to protect their social standing, or to soften their message: “I’m not sure you want to continue doing these things in the future,” or “Your pacing was slightly quick in some areas” are examples. The traditional Toastmasters “sandwich” method of evaluation—critical feedback sprinkled in among positive affirmations—can leave people in some cultures confused about whether they performed well or poorly. 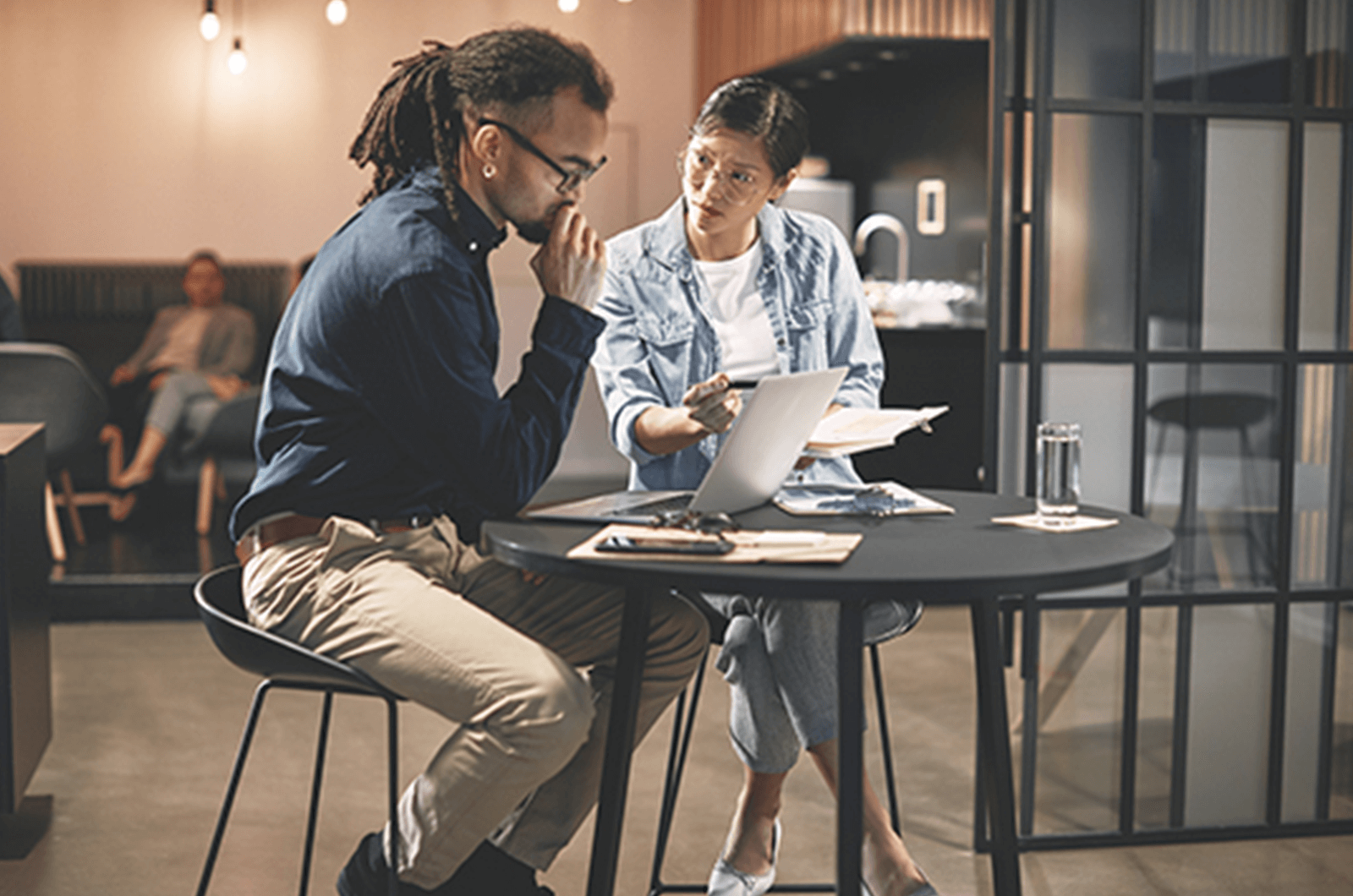 Developing a foundational knowledge of those cultural differences, and striving to suspend judgment as you encounter feedback styles that may be far more direct—or indirect—than you’re accustomed to, can make the difference between evaluations that are helpful or hurtful to club members.

Höferle says one of the most important traits anyone can bring to cross-cultural communication is an open mind. “This is a difficult thing for us as humans because we’re wired to jump to conclusions,” he says. “When we encounter something we don’t consider ‘normal,’ our immediate reflex is to either reject that behavior or judge it in some way.”

“Many of us are still guided by stereotypes that we learn through television, movies, social media, or music,” Höferle says. “My impression of the United States was very much shaped by what I was exposed to growing up in Germany. But just like the United States is not a monolithic culture where everyone thinks and behaves in the same way, so too people from Germany, Brazil, Nigeria, China, or any other country don’t always behave in the same way. There are cultural patterns but there are also a variety of behaviors and beliefs within countries and regions.”

While it’s important to understand cultural differences, the act of developing that knowledge without having a greater curiosity can lead to stereotypes, says David Livermore, Ph.D., founder and president of the Cultural Intelligence Center, a cross-cultural training and consulting organization in Grand Rapids, Michigan. In other words, Livermore says, people need to do more than attend a workshop on how to conduct business in Singapore, Slovenia, or Scotland to be able to effectively provide feedback to people from those cultures.

“It makes sense to teach cultural differences on a foundational level, but the problem is that’s often all that is taught,” Livermore says. “We overlook things like learning how to suspend judgment, read cultural cues, and stay open-minded.” Livermore’s organization developed the concept of cultural intelligence, or CQ, as a way to measure four capabilities needed to be effective with people from different backgrounds: drive, knowledge, strategy, and action.

If you have only knowledge, without the other three dimensions, it’s easy to get overconfident about your cultural intelligence. “If you just have the knowledge but not curiosity—what we call drive—you are at risk of taking a little piece of someone’s identity that may have a kernel of truth to it and then overgeneralizing,” Livermore says.

Höferle also considers humility and vulnerability two “superpowers” when it comes to communicating successfully across cultures. “We do our research and often think we know everything about other cultures, but we usually don’t,” he says. “If you have the humility to say to someone from another culture, ‘I haven’t fully understood what you meant or said, can you give me more information?’ that can go a long way toward developing rapport and creating good will. Showing your counterpart that you are human, that’s when the magic happens.”


The “Zone of Appropriateness”

While Höferle says Toastmasters shouldn’t go to extremes to mimic another culture’s feedback style, because it risks looking inauthentic, we should adjust our own evaluation styles appropriately within the zone to accommodate another culture’s expectations or norms. Pellegrino Riccardi, a cross-cultural expert and communications consultant from the United Kingdom, now based in Oslo, Norway, has learned to expand his own zone of appropriateness in 30 years of traveling the globe for his business.

Riccardi has encountered a variety of direct and indirect feedback styles from his audiences and his students in that span. “People in some cultures are very honest and direct when they evaluate your performance,” he says. They “believe it’s their primary job to be forthright and that their mission as an evaluator is to help you improve through candor. They feel they aren’t being authentic if they don’t tell it exactly as they see it.”

“While negative feedback can be difficult to hear, the intent in these cultures usually isn’t to hurt you,” he says. “The feedback is being delivered according to cultural norms in a way that’s considered constructive by the evaluator, whose main goal is to help you improve as a speaker.”

When Riccardi began giving speeches in Norway, he was taken aback by the neutral facial expressions and body language of many in his audiences. “There was little non-verbal feedback, but I came to understand this was the Scandinavian way to focus and listen attentively,” he says. “The intention of the audience was very positive. Part of becoming culturally savvy and not being offended by feedback is to learn to accept unfamiliar behavior.” 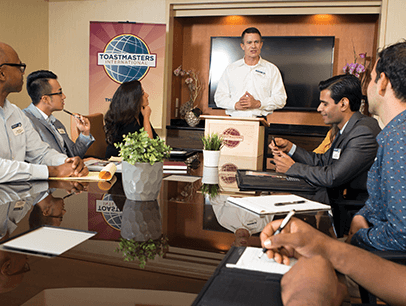 The Secret to a Meaningful Evaluation

You hold yourself to a high standard—apply the same expectations to all speakers. 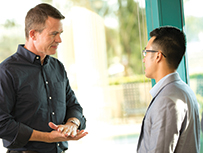 Guidelines for Interacting Across Cultures

David Livermore, a cross-cultural communications expert and president of the Cultural Intelligence Center, says he’s often asked, “Who should adapt to whom?” when people from different cultures come together in a variety of professional or personal settings.

Livermore says these situations are rarely straightforward, and he stresses the need for understanding specific scenarios. “In some situations, you should fully adapt to the other culture, and in other situations it might feel insulting to people,” Livermore says. He recommends considering two questions when deciding whether or not to adapt to a culture’s norms:

How rigid are they? If you are in New York City, locals might think it strange if those from other cultures overtly try to adapt to cultural norms there, Livermore says. “But if you’re in Korea there is high expectation that you conform strongly to the norms there,” he says.

Will the cultural differences strengthen what we are trying to accomplish, or minimize it? Livermore gives the example of when Starbucks first opened stores in China. “Starbucks made most of those stores closely resemble a traditional Chinese tea house that mainly served tea and little coffee,” he says. “The Chinese were irritated because they believed they already had great teahouses and wanted the unique Starbucks experience with double mochas and lattes.”

Speech evaluations in Toastmasters are crucial in helping club members improve as speakers. Evaluators give specific rather than general feedback, avoid judgmental language, and identify areas where speakers excel as well as where they can improve.

But evaluations can become complex when you are asked to comment on—or receive them from—members with different cultural backgrounds. While you should never stray from the core tenets of helpful evaluations, consider the following factors:


Know the cultural backgrounds of club members. Kristen Hamling, Ph.D., a psychologist and former Toastmaster in Whanganui, New Zealand, says, “Read about the culture, research how to give feedback in that culture, and watch how others give feedback before giving it a go yourself,” she says. “You need to understand the ‘cultural code’ before giving and receiving evaluations.”

Hamling says not to take such comments personally, and to learn from the process. Adopting a growth mindset—an eagerness to learn and improve—makes it easier to understand that becoming a better speaker requires taking risks, making mistakes, and learning from those mistakes, she says. “Rarely do people become great by playing it safe and being perfect all of the time.”

Understand that giving praise is not a universal practice—especially outside the Toastmasters environment. Just because some evaluators do not overtly praise your performance doesn’t mean they think you did poorly. For example, Christian Höferle, president and CEO of a training firm in Atlanta, Georgia, says that in his native Germany, praise is often given sparingly. “In some cultures, giving explicit praise is only warranted if there is some extraordinary accomplishment that goes far beyond an original objective.“

Avoid offering effusive praise; it may come across as disingenuous. “Praise can actually backfire in some situations because it can be seen as a tool to manipulate or suggest that you may have a hidden agenda,” Höferle says.

Evaluation styles differ in neutral and affective cultures. David Livermore, president of the Cultural Intelligence Center, says it is helpful to understand different cultural norms of expressiveness around the world when giving or receiving performance feedback. Neutral cultures, such as found in Japan, Scandinavian countries, and Germany, believe that minimizing emotional expressiveness is a sign of respect and dignity, Livermore says, while affective cultures, such as in Italy, France, Brazil, and some countries in the Middle East, place more value on expressive communication and sharing feelings.

Uses and interpretations of eye contact vary. The use of eye contact in face-to-face evaluations also is interpreted differently around the world, Livermore says, with varying connotations in hierarchical and egalitarian cultures. Hierarchical cultures place an emphasis on titles and honorifics, while egalitarian societies do not value titles as much and show less deference to leaders.

“If the person being evaluated is more senior than you in title or age, in some cultures it’s considered an offense to look them directly in the eye or to sustain eye contact,” Livermore says.