All in the Family

On a scale from 1 to 10, how likely are you to recommend Toastmasters to a family member? For these Toastmasters tribes, the answer is a resounding 10.

The Barbers of Santa Cruz, California, are a poster family for Toastmasters. Rita Barber, DTM; her husband, Tom; her son, Jeremy; and her daughter, Rory, have all been enthusiastic members. “If our dogs could speak, they’d be in a club too!” Rita jokes.

Shortly after joining Toastmasters, Rita realized that the rest of her family would benefit from it too. She also realized they might be reluctant to join on their own. “If you don’t go to Toastmasters with me,” she told her son in jest, “I’m not going to pay for your college any longer.” Jeremy wisely chose to attend.

Rory didn’t want to join the Gavel Club at her high school because she was shy. If she had to make a presentation, “she was upset that morning and upset that night.” But Rita was convincing; she made joining Toastmasters a condition of Rory getting her driver’s license.

Rita knew that Toastmasters would be good for her children, but she didn’t realize just how much they would benefit. Jeremy was already a good communicator, but “(Toastmasters) brought him to another place,” she says. Rory progressed so much that she now performs stand-up comedy. The girl who once cried when she had to make a presentation at school now takes the stage to make people laugh.

“I knew that Toastmasters would be good for my children, but I didn’t realize just how much they would benefit.”

Toastmasters leads to lively dinnertime conversation, as well. Rita recalls one particularly heated argument between Jeremy and Rory: “You’re wrong.” “No, you’re wrong.” When she inquired about the topic, they demanded she choose a side. “Mom—what’s the more important role at Toastmasters?” they asked. “Is it being the evaluator or being the speaker?”

The Barbers have attended meetings together, argued over roles together, and started clubs together. They have all earned education awards in the traditional program. Their shared Toastmasters experience is an important part of their family life, and “it’s a joyful thing,” says Rita. Gail Marsh and Jen Czapla: Home, No Matter Where You Are

When Jen Czapla, DTM, of Tonawanda, New York, learned about a Toastmasters club that met in the building she worked in, she decided to check it out. “I knew what Toastmasters was because of my aunt ... I think if I didn’t know what it was at the time, it never would have occurred to me to join.”

Jen also realized the importance of Toastmasters when settling into a new city. “When I moved to Buffalo, New York, (I went) to as many Toastmasters meetings as possible to meet people.” She’s now a member of two clubs in western New York: Amherst Chamber Toastmasters and AM Lockport Toastmasters.

Because they live in different states, Gail and Jen have never been members of the same club, but they still share the Toastmasters experience. They attended the 2016 International Convention in Washington, D.C., and have been all over the world together. “We like traveling together and then we have to take our picture with the Toastmaster magazine,” Jen says. “Our next (travel) goal,” Gail adds, “is ... finding a Toastmasters club with a meeting we can attend. We’ve always looked for it, but it’s never fit into our schedule.”

As Gail and Jen know, Toastmasters is a place to build connections—and to feel at home no matter where you are.

Greg Van Borssum: The Next Generation

He comes from a long line of winners—his maternal grandfather was a decorated World War I hero, and his father, Colin, was a world-champion kayaker. He credits his mother, Lesley, for getting him involved in Toastmasters, though her association with the program came at a time when women were not yet allowed to officially join the organization. “(She) was a member for 21 years back when (women were) ‘Toastmistresses,’” Greg says. He resisted at first her suggestion to join, but he had heard her talk about Toastmasters, and he had seen how it improved her life. When he began speaking publicly about mental health issues, he finally took her advice.

“If (young people) can find their voice, and if they can learn to structure things and speak with confidence, it’s going to take them to great places.”

With this family history, it’s no surprise that he’s passing the drive for success—and passion for public speaking—on to his own children. His son Macyn, 13, while too young to officially join a Toastmasters club, has already won public speaking contests at his school, and has introduced his father at two District conferences. He adds that his daughter Maya, 9, is already a “great storyteller.”

Understanding the importance of effective communication, Greg wants to help other children, in addition to his own, learn the techniques. He runs a martial arts school where public speaking and communication skills are an integral part of the curriculum. It’s a logical combination, says Greg. “Martial arts teaches (kids) self-confidence and awareness; it teaches them how to lead. And then if they can find their voice, and if they can learn to structure things and speak with confidence, it’s going to take them to great places.”

Leadership, communication, confidence, and drive: These are the values that Greg is instilling in his children and his students. “My mom helped me find my voice. My father taught me how to find a dream and chase it.” Now he’s helping the next generation to do both.

“When I was introduced to Toastmasters, it wasn’t very politely or gently,” says Alex de Jong. His father, ahem, persuaded him to attend a meeting. “I was kind of shoved into the back of a car—and I mean that literally—shoved into the back of a car.” Alex’s father, Gerard, drove him to a meeting in Reading, England. Even though Alex hadn’t chosen to go to Toastmasters on his own, he remembers thinking, I wish I could do that.

Twelve years later, Alex doesn’t have to wish. He’s a trainer, coach, and speaker, and his Toastmasters journey—despite its jarring start—has given him so much. He met his girlfriend, Kristina Sharykina, through Toastmasters. He’s also formed such close relationships with his mentors that he now considers them family too.

“I have a few mentors ... that I would call mother and father figures. They aren’t my parents, not my birth parents or family of origin, but people I’ve gotten so close to.” His mentors George Smith and Olivia Schofield, a World Championship of Public Speaking® finalist in 2011, have played a vital role in Alex’s life.

George and Alex bonded at a Starbucks cafe in Bristol, England, where they met every week while serving on the committee for the Northavon Speakers Club. Alex says when he went to a District International Speech Contest, George was the most pivotal person in helping him win, homing in on even the smallest details. The night before the contest, George noticed that the shoes Alex had brought weren’t properly shined and the laces were frayed. He asked his wife, early on a Sunday morning, to go out and find shoe polish and new shoelaces.

Alex met Olivia at a contest, as well. She approached him after the semifinals of a Humorous Speech Contest to give him feedback. They formed a connection, and later, after a particularly powerful conversation, they shared a hug. “As I was hugging her, she said ‘just stay present,’” Alex recalls. “It’s amazing how a hug can be one of the greatest pieces of feedback anyone can ever receive. The best feedback is often not the words we say, but the connection that we bring to a relationship.”

Alex knows that connections and close relationships are what help make Toastmasters what it is. “It’s something as simple as a type of father-son relationship in a Starbucks,” he says. “It’s about getting someone a pair of shoelaces when they need it.”

For all of these families, Toastmasters teaches more than just communication and leadership skills. It provides a common language, a shared experience, and an opportunity to see one another in a different light. It strengthens relationships and brings generations closer together. All of which begs the question: Which family member will you introduce to Toastmasters? 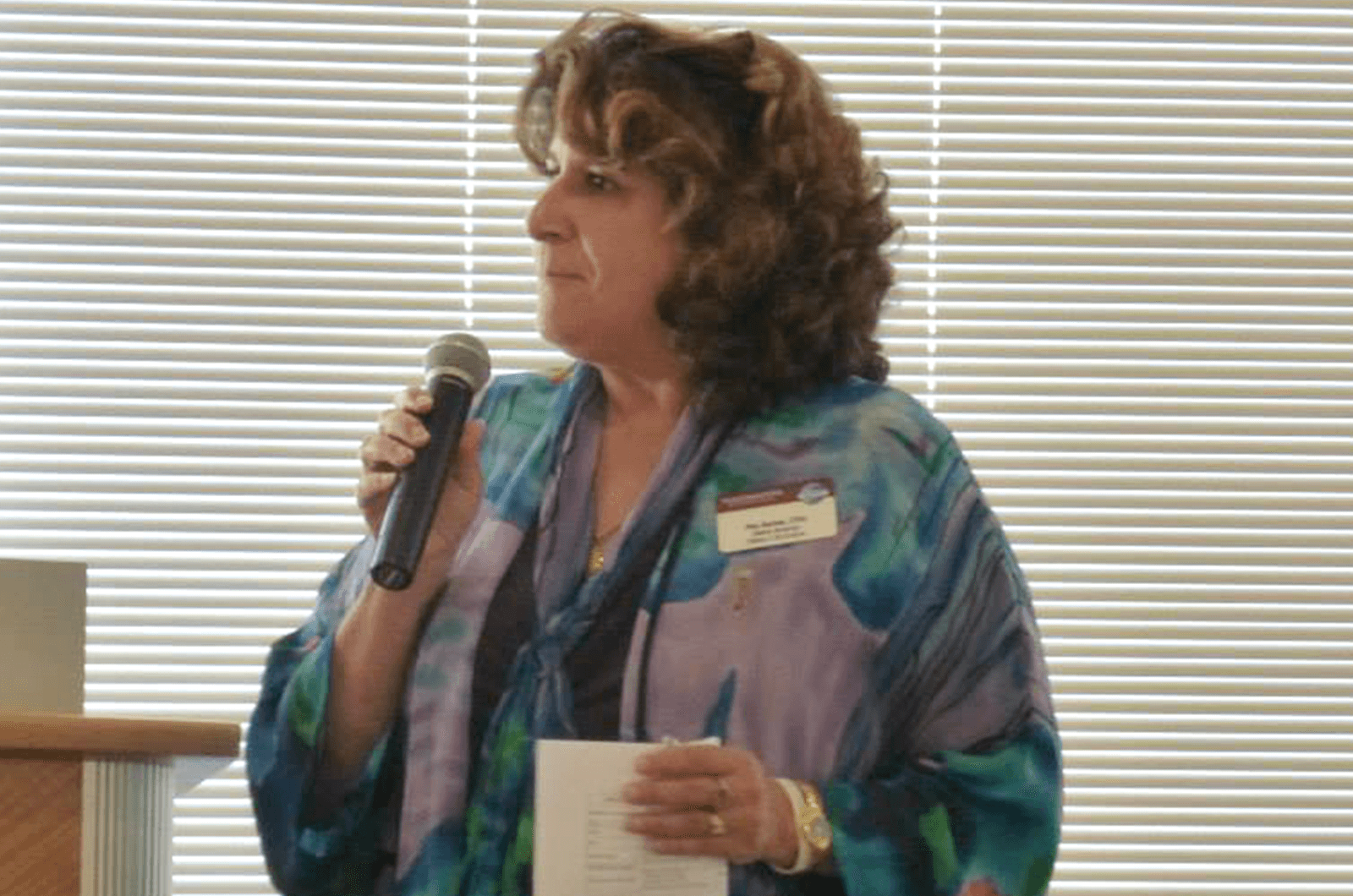 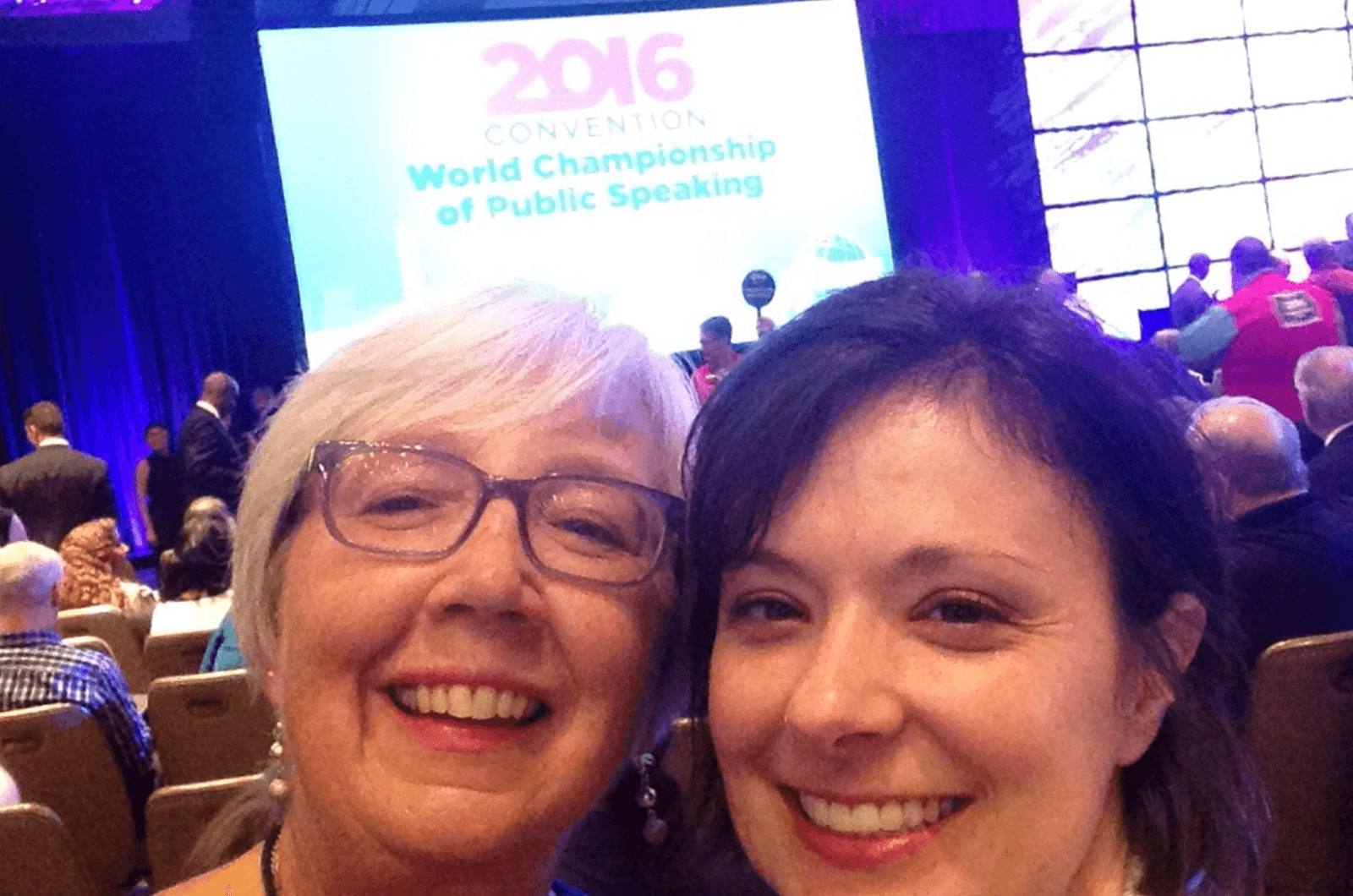