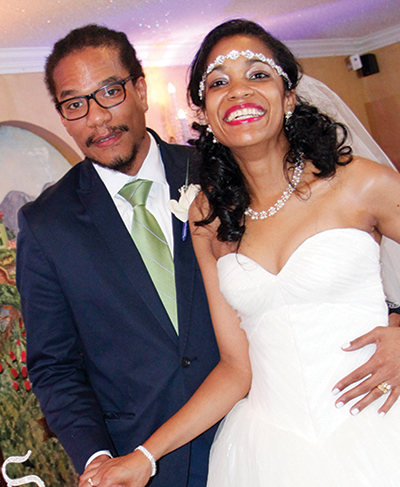 A Family of Toastmasters


Sean and I met more than 13 years ago, when he was visiting my homeland, Trinidad, with his father. His dad and my mom knew each other, and introduced us. When he returned home to New Jersey, he excitedly told his mother and sister about me, stating assuredly, “I am going to marry her!” I, of course, knew nothing of his plans until they materialized 12 years later. We were married by the civil court in New Jersey on August 19, 2015, and remarried in a church in Newark, New Jersey, on August 5, 2017, with our family, friends and Toastmasters family present.

In 2009, I had joined the Markham Sweet Talkers Toastmasters in Ontario, Canada, and my experience with the club helped me land my first job within three months of moving to Ontario. By the time I returned to Trinidad three years later, my mother and brother had both become Toastmasters. It was a family affair. I joined their club, Dynamic Speakers Toastmasters. We were there to support one another before meetings and discuss our speeches in detail, post-meeting. We all joined the club’s executive team and even launched our own club, Inspired Speakers, at the University of Trinidad and Tobago in 2014.

Sean proposed to me, and upon earning my master’s degree in clinical psychology, I left my family in Trinidad to start a life with him in New Jersey. We are both members of the Successful Speaking Toastmasters club in Newark. He jokes that I twisted his arm to join Toastmasters, but the truth is he enjoys it immensely when he is either giving speeches or being Table TopicsMaster.

Toastmasters helps to keep our lives exciting and purposeful, as there is always something new to learn, as well as an opportunity to give back. I encourage couples to join a Toastmasters club! It would be an investment with numerous returns. 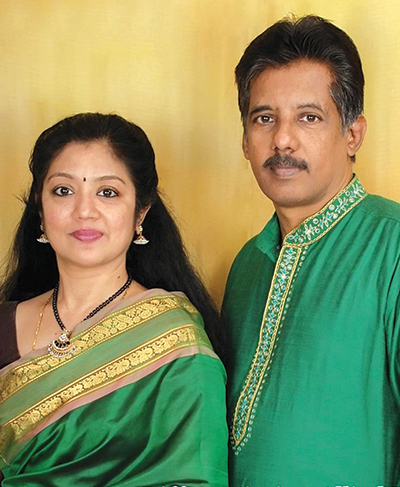 
Sundararaman Chintamani: I started my Toastmasters journey in 2008 by joining the club at the place where I worked. Later, I became a dual member by joining a community club, Medley Toastmasters in Chennai. When I was vice president membership, I could enroll more than 20 members, but my biggest challenge was to woo my wife to become a Toastmaster. Once she became a member, she never looked back. She became club president and introduced best practices such as video recording club meetings and making the recordings available to members. We also became role models for many other Toastmasters couples in Chennai.

Jayanthi Sundar: Initially, just as other Toastmasters spouses can be, I was skeptical of joining. I teased my husband about his passion for Toastmasters. But after some time, I was amazed by his perseverance and commitment. Out of curiosity, I wanted to look into it. So I expressed my interest in attending a Toastmasters conference. After seeing the positive energy flowing among the members, I enrolled as a member of the Medley Toastmasters club. My husband and I always travel to meetings together and during that time we rehearse our speeches and prepare for Table Topics. Toastmasters made me realize that it is not just about becoming a Competent Communicator or leader, it goes beyond that. We take our speeches seriously. When I started my first manual project, my husband had already started on his Advanced Communicator Bronze journey. What else do you need than to have a mentor 24/7 to help you? 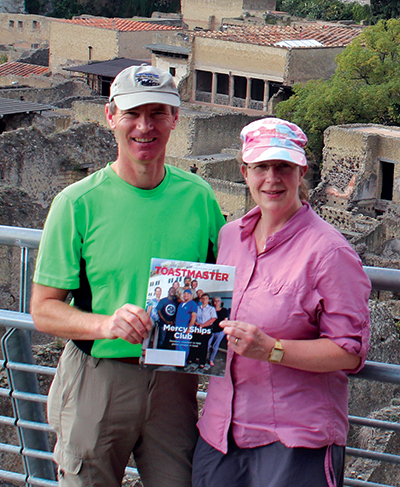 
My husband and I met at a church youth group in the Netherlands. After dating for about two years, we got married and moved to the other side of the world—New Zealand. We planned to stay for a couple of years before moving back to the Netherlands, but 29 years later we’re still living in New Zealand, as we like it so much here.

My husband works for the Dairy Research Institute (DRI), now called Fonterra, and about five years ago he joined their Toastmasters club, DRI Remark club. He got the whole family involved at times—for example, with doing Table Topics after dinner. When he completed his Competent Communicator, he chose Storytelling as one of his advanced manuals, and that caught my attention. I am a teacher and knew improved storytelling skills would enhance my teaching.

As I was unable to join my husband’s club, I joined the Masterton Club in 2015. Although we are at different clubs, it is great being Toastmasters together. We have visited each other’s clubs at times, and the two clubs take different approaches. After these visits, we bring new ideas to our own clubs.

Being at different stages in our Toastmasters journey means we can help each other. I benefit from my husband’s experience and expertise, and I reciprocate by suggesting an interesting word of the day, Table Topics idea or speech topic. Last year we were both president of our respective clubs and enjoyed attending leadership courses together. We think it is important to spend time together and this is a hobby that we both get pleasure from, while gaining useful skills at the same time. 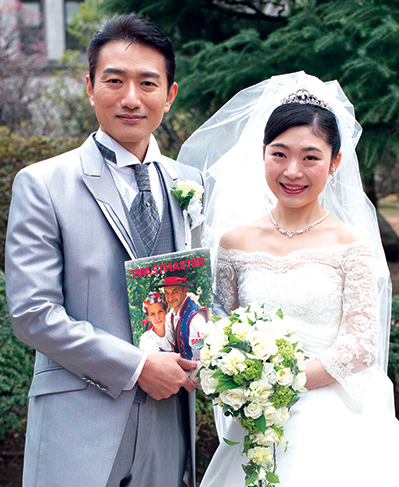 Love in Many Languages


We met in Toastmasters in 2015 and are members of different clubs in Japan. My club, Tokyo Metropolitan Toastmasters, holds an annual joint meeting with the Japanese English Bilingual Toastmasters (JETM) club in Korea. In 2015, when my club accepted members from other clubs to be part of the joint meeting, my future wife, Mami, was one of them, and I became acquainted with her. We are both interested in Korea and language, and we have the same sense of values in many fields, so we saw each other as partners.

The second time we met in a joint meeting, we had a session about Korean language. Most of our Korean members spoke Japanese fluently. That is why we usually communicated with Korean members in English and Japanese. We wanted to introduce other Japanese members to the Korean language and discussed how we could help them understand the structure of the language. After spending more time together, Mami and I realized we had many things in common.

Although we are not in the same club, my wife sometimes participates in my club as a guest. To prepare speeches, we usually practice at home. We share our opinions with each other and modulate our speeches.

On March 4, 2017, we invited Toastmasters friends to our wedding ceremony and party, not only Japanese friends but also friends from the Korean club. They gave excellent speeches for the occasion. That made a great impression on other guests who didn’t know about Toastmasters. They were high school friends, university friends, former and current colleagues, supervisors, old friends from abroad and relatives. They all heard about Toastmasters for the first time.