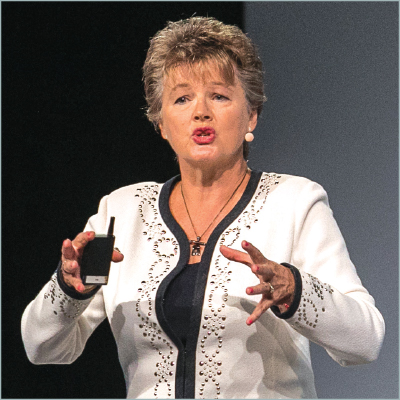 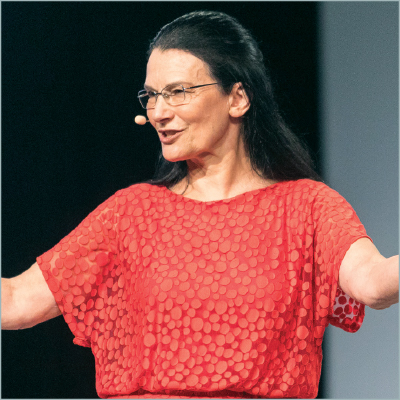 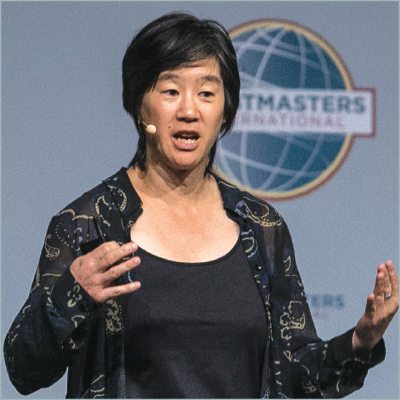 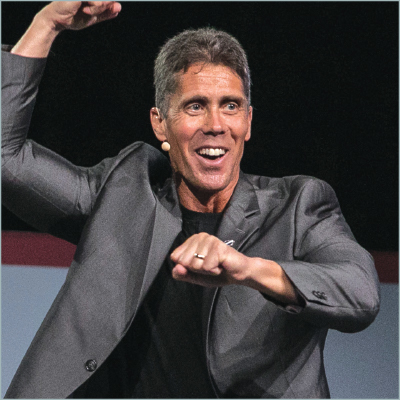 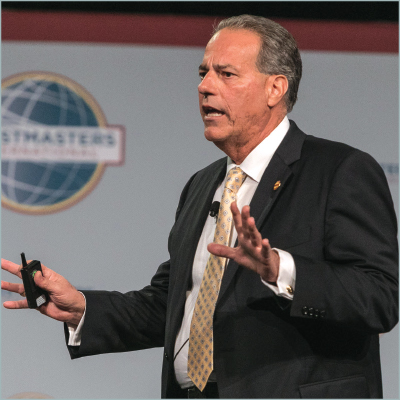 The Toastmasters International Accred­ited Speaker Program is designed for professional speakers who combine expert knowledge in a particular subject with mastery of the spoken word, making them sought-after experts in their respective fields.”

This is Toastmasters International’s official description of the Accredited Speaker Program, which was created in 1981. As of 2017, 75 members have earned this prestigious Accredited Speaker (AS) title. But, it’s not for everyone. Toastmasters who achieve it are paid professionals who have a viable speaking business as topic experts and engaging presenters. They know how to find clients, negotiate speaking fees, create compelling marketing material, and be terrific with an audience.


Why earn the AS? Every profession has its professional certification. This one is for paid speakers who have met high standards and are credible authorities in their chosen fields. It’s not a “next step” after DTM. It reflects a commitment to the craft, and gives clients confidence that they are hiring a true professional.

Don’t think of it as a contest. The pass-fail judging does not produce one “winner.” In any given year, several people can earn the designation. Some years had none. In 2017, there were six, the highest number ever in one year. The designation is also not a plateau to reach. On the contrary, the work done during the application process is the same work professional speakers continue to do to sustain their business.

To apply for the AS, you must meet these eligibility requirements:


The application process has two levels. Level 1 includes an application that details your background, expertise (speaking topic), target audience and presentation format (keynote, workshop, training, etc.). You provide the list of 25 engagements, five letters of recommendation from clients, and a link to a video recording of one of your presentations. The video has specific requirements, so check the rules before submitting.

Using criteria similar to that of speech contests, a panel of judges reviews the Level 1 applications. Those who pass Level 1 are invited to Level 2, where they present a live 20-minute talk at the Toastmasters International Convention. Those who pass Level 2 are introduced at the convention as the newest Accredited Speakers.

Since 1981, the program has changed for the better. Past International President Dilip Abayasekara (2005-2006) earned his Accredited Speaker designation in 1996 and has frequently served as a judge. He’s seen a shift that requires applicants to be paid professional speakers. He also says, “There is now a greater effort to provide feedback to the candidates who did not qualify so they can improve, should they wish to apply again.” Sheryl Roush, who earned the AS in 1993, has served as a judge several times. She says, “Judges get to shape the program, help maintain its integrity and recognize other speaker colleagues by affirming their expertise.” She passionately promotes mentoring for aspiring AS candidates. She says, “If you want to apply, contact the current Accredited Speakers for guidance, because we’re available to guide you. Rochelle Rice and I did a session at the 2016 International Convention that explains the program. It’s worth the time to watch it.”

Toastmasters World Champion of Public Speaking Dana LaMon, who received his accreditation in 1993, gives wise advice: “The designation can boost your professional marketing. But don’t seek it as validation. Get that validation from your professional audiences and clients.” Fellow World Champion of Public Speaking Darren LaCroix echoes this. After he earned his AS in 2015, he wrote on his blog, “Don’t do it for the money; do it for the person you become. Make it a goal to become an Accredited Speaker, not for the letters after your name, but for the speaker and businessperson it makes you.”

The 2017 International Convention in Vancouver, British Columbia, had the largest class of Accredited Speakers in Toastmasters history. Here are short profiles of each one.


Freddi Dogterom of Alberta, Canada, speaks on personality styles, customer service and financial planning. Her presentations incorporate stories of her life working in the tundra of the High Arctic. She joined Toastmasters in 2002 as an emerging professional speaker and was encouraged by Toastmaster and Accredited Speaker Bob Hooey to pursue the AS designation. She applied in 2010, but failed because the quality of her recording was poor. “Lesson learned—when the rules say good quality, it has to be!” she says. She tried again in 2014 but failed because she misunderstood the judging criteria. Finally, in 2017, after being mentored by other Accredited Speakers, she passed.

To prospective AS candidates, she says, “Know the program requirements and judging criteria. Develop your support team and include some from the AS community. Craft your presentation. If you fail, try again, and learn along the way.”


Donny Crandell of Reno, ­Nevada, is a speaker, chaplain, entertainer, writer and educator. In 2015 and 2016, he was a finalist in the World Championship of Public Speaking®. As a magician, he’s mesmerized audiences all over North and South America. His topics include leadership development and strengthening personal connections, which he shares with audiences in the military and in churches. He pursued the AS designation because he had significant paid-speaking experience, which made the application process easier. In fact, the advice he gives to aspiring AS candidates is, “Make sure you have the paid engagements before even filling out the application. It’s so much easier.”

Reflecting on the preparation, he says, “The hardest parts were the paperwork and getting a professional-quality video. The easiest part was not memorizing since I was triggered by my PowerPoint slides. And I didn’t have to worry about overtime disqualification, as in a contest.”


Clare Crowther of Elloughton, Brough, United Kingdom, is the first Accredited Speaker in the UK. “My business covers four management areas, and I’m accredited in three of them: Executive Coaching, Team Effectiveness and Change Management,” she says. “Public ­Speaking was the only accreditation missing. The AS designation would complete and ­enhance my entire business offering.”

As she prepared for Level 2, she sometimes felt overwhelmed by all the feedback from well-meaning friends wanting to help. She says, “My emotional breakthrough came when I received totally contradictory feedback from two people in the same audience. I knew I couldn’t please everyone! I had to be ‘me.’ I went on to hone a speech that I was proud to deliver, one that earned the AS designation.”

Crowther echoes several other candidates when she speaks of the camaraderie she felt and says, “I learned so much from many sources. The process showed me how supportive Toastmasters is­—locally, nationally and internationally!”


Angela Louie of Burnaby, British Columbia, has a background in Occupational Therapy, and speaks to the medical community on the topic of mental health recovery and rehabilitation, as well as organizational transformation. In 2004, she was encouraged by Accredited Speakers Margaret Hope and Past International President John Noonan to investigate the designation for herself so she could have a stronger resume when trying to get hired by meeting planners.

She says the hardest part for her was getting speaking engagements. “I am very shy, and asking to speak at events was difficult. I was already speaking for my job, and that helped.” She failed at her first AS attempt in 2011, but succeeded on her second attempt. “This time, I knew what the judges expected, and I had 10 years of speaking experience.” she says. “The Accredited Speaker program bridges the gap between the warm supportive Toastmasters world to the outside world where the audience expectations and standards are very different.”


Joe Grondin of Moncton, New Brunswick, Canada, has been speaking professionally since 2002 on the topics of education, communication skills, leadership and wellness. He saw the Accredited Speaker designation as a way to expand his speaking globally. He says, “As speakers, the more people we speak to, the more ways we can change lives in a positive way. In other words my gain is to help others gain.”

Like Dogterom, Grondin’s biggest challenge was getting a high-quality video recording. He also condensed his standard two-hour workshop into a 20-minute presentation. “I am very attached to my material,” he says, “and cutting things out was very painful. But I knew the process would make me a better speaker.”

Grondin, like many Accredited Speakers, is so appreciative of the growth he experienced. He says, “I owe a tremendous amount of gratitude to Toastmasters. If there is any way I can give back I will.”


Robert (Bobby) Cravalho is an expert in conflict management. He’s a retired police officer and hostage negotiator from Honolulu, Hawaii. He shares techniques for managing conflict and chose to pursue the Accredited Speaker because of a commitment to growth. He says, “I did not go through the program just to become an Accredited Speaker, but to continue my development as a speaker. “As a result,” he says, “I am more confident when speaking to conference planners about hiring me, because I know l can bring great value to their event.”

When Cravalho started his AS journey, he was not a paid speaker. He spoke at a district conference and asked audience members to bring him to speak at their businesses. His topic resonated with many people and free speeches led to paid ones and his reputation grew. He earned the AS on his third try, but counts each failure as an opportunity to learn. One of his biggest lessons was making the message valuable for the audience. He says, “I constantly ask, What do they want to hear? What can I teach them? How can I bring them value?”

Are you currently a paid speaker? Toastmasters invites you to apply for the esteemed Accredited Speaker designation. If your goal is to be a paid speaker, the application process can put you on the path to reaching that goal. The journey can change you and the designation can work for you.