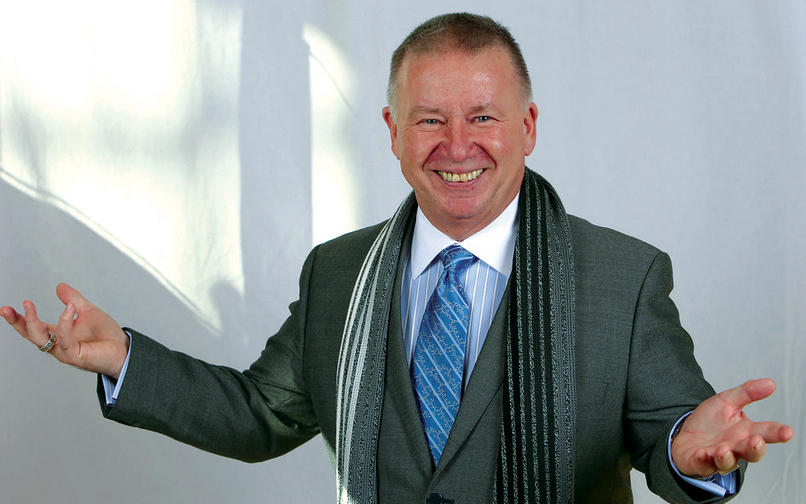 When Bob Hooey, DTM, AS, joined Toastmasters in 1991, his goal was to become a professional motivational speaker. At the time, he was a certified award-winning kitchen designer who conducted showroom seminars about kitchen remodeling. A friend of his, Past International President John Noonan, saw him speak and said, “Bob, have you ever heard of Toastmasters? You might like it.” Hooey now thinks it was a kind way of saying, “We can help you Bob!” Now he says, “Toastmasters was the perfect way to practice my presentations.”

Four years later, he decided the Accredited Speaker (AS) program would fit well in his plan to become a professional speaker. At the time, many Toastmasters regarded the AS as the “next step” after DTM. Few members were familiar with it. Bob joined with six other Toastmasters who sought the designation, and for 15 months they met monthly to plan their work. He says, “We discussed the program, practiced speeches, gave feedback and set goals. It worked. That year, 32 people applied for the Accredited Speaker designation, and five passed to the final level. Of those five, three were from my group, including me. Collaboration makes you stronger. If you want to fail, stay in isolation. If you want to succeed, involve others.”

Hooey recalls, “I didn’t earn the designation that year, or on my second try the next year. But two years later, in 1998, on my third try, I got it. Not surprisingly, in those four years, I went from not earning a penny as a speaker to becoming a paid professional, which was my original Toastmasters goal! By 1998, I was a member of the National Speakers Association, and a founding member of the Canadian Association of Professional Speakers. So, for me, the process of earning the Accredited Speaker actually made me a professional. Back then, being a paid speaker wasn’t a requirement [to earn the designation] like it is today. I’m glad it is today. This is a program for professional speakers who are Toastmasters. It honors those who are doing the work to build a successful speaking business.”

Hooey emphasizes that the skill of speaking is different from the business of speaking. Many great speakers are not great business people. “You don’t just have to be polished. You have to be professional,” he says. “There’s a big difference. Finding paid engagements, setting fees, negotiating agreements and developing great marketing material . . . these are business skills. Many people want to become professional because it looks glamorous, they have a passion or they want to change the world, but they don’t run a business. They run out of money and they are run out of business.”

Since earning his AS, Hooey gives back by mentoring aspiring Accredited Speaker candidates. With approval from Toastmasters International, he created the website AccreditedSpeakers.com, a central resource for people who want to learn about the program, find a speaker for a district conference or hire one of the Accredited Speakers. The website also lists which Accredited Speakers are available for mentoring. Hooey is emphatic about the value of mentoring. He says, “We do it for free. We won’t redesign your speech, but we’ll guide you through the process. We’ll help you understand what the judges are looking for. You’ll have a better chance of passing levels 1 and 2, and walking across the stage as a new Accredited Speaker. We’re committed to that. The better you do, the better we all do.”

Mentoring must be working. In 2017, six candidates earned the Accredited Speaker designation, the most ever awarded in one year. Hooey says, “I love how the program is getting more visibility. Right now there are 75 Accredited Speakers. I’d love to see 100 before I retire!”

Hooey’s advice to aspiring professionals: “The application requires a three-year history of speaking engagements. Start now. Start doing the work to get to that point so that in three years you’ll be running the path of a paid pro, and can pick up the AS designation along the way.”