From Guest to Member

How many times do your guests visit before you make it official? How many Toastmasters clubs do people visit before deciding to join? Many current members joined the first club they visited. But other members take a while, dropping in on different clubs before settling on a “home base.”

That said, how many visits are reasonable before a club asks a recurring guest to officially join? Toastmasters governing documents allow every club to establish its own visitation policies. Some clubs have open-ended policies; others allow a set number of visits before a guest is expected to join.


The Guest’s Point of View

The Find a Club feature is a convenient way to find club locations, status (corporate or community), online options, meeting times and formats, and any special club focus.

Tommy Price, DTM, was referred to Toastmasters by a friend, who suggested it would be a good way to meet people. Price visited two clubs before finding his Toastmasters home with Port Gardner Bay Gabbers in Everett, Washington, Later, he also joined Leading Edge Toastmasters, an advanced club in Kirkland, Washington.

“As soon as I arrived, somebody spoke to me and shook my hand. Before the meeting, everybody greeted me,” Price says. Afterward, he was asked to share his thoughts about the meeting. “That was the point where I decided … to join,” he explains. The club’s interest in him sealed the deal.

Azella Collins of Oak Park, Illinois, didn’t find a match at first either. She visited six clubs. All were “very good at what they do” she notes, but she wanted to attain specific new skills.

As a professional parliamentarian, Collins wanted to master greater speaking flair. “I wanted to learn to add humor and really engage people.” she says. During club visits, Collins found herself winning awards, yet she wanted to challenge her existing skills. She found the perfect fit in two Chicago-area advanced clubs: Windy City Professional Speakers and Stage Craft.

“It creates a certain warmth, that guests are always welcome.”

Vivaswan Damle, former President of Toastmasters Club of Pune-West, in Pune, Maharashtra, India, visited seven clubs before finding the right one. He was attracted by the club’s hospitality and unique extras: The club meets in English and afterward, hosts a fellowship in Marathi, Damle’s mother tongue. Sharing the language made him feel comfortable.

So how to handle recurring guests? Ari Klickstein, President of TIC Toastmasters in Manhattan, New York, says his club has no limit on the number of times a visitor can attend a meeting.

“It creates a certain warmth, that the guests are always welcome,” he explains. He added that some guests continue to attend once every three or four meetings, but nobody takes advantage of the club’s open-door policy. The club’s philosophy is “they’ll continue coming as guests until they’re ready to become members.” He adds the club doesn’t push too hard for that to happen. The policy applies to both online and in-person meetings.

Manama Toastmasters in Manama, Bahrain, has a stricter policy. They allow guests to attend three meetings before deciding whether or not to join. The guest policy is stated during the Vice President Membership’s (VPM) report at each meeting. At the third meeting, the VPM speaks to the visitor about joining.

“It’s not a pleasant situation telling someone that they have to pay,” Biljana Davceva, Vice President Public Relations (VPPR), says, “but we have to be fair to our members who are paying fees.” The Manama club must be doing something right; it has been around since 1964, and currently has 48 members.

NOA Toastmasters Club, a bilingual club in Elst, The Netherlands, alternates between meetings in English and Dutch, and has a policy of three visits. Ronald Creemers, VPM, says guests are encouraged to visit at least one meeting in each language, to compare experiences.

Ultimately, guest visitation policies can be a balancing act between warm ­hospitality and guiding guests to membership, allowing them to take full advantage of all Toastmasters has to offer.

One thing is certain. It may be the official role of the VPM to convert guests into members, yet if every member is hospitable, it could make the difference between adding a new member or saying goodbye to a guest.


When the Guest Becomes a Member

After all those visits, your guest finally joined your club! Set your new members up for success. Ask them to take this survey 30 days after they join and use the feedback to close any gaps in the guest experience. 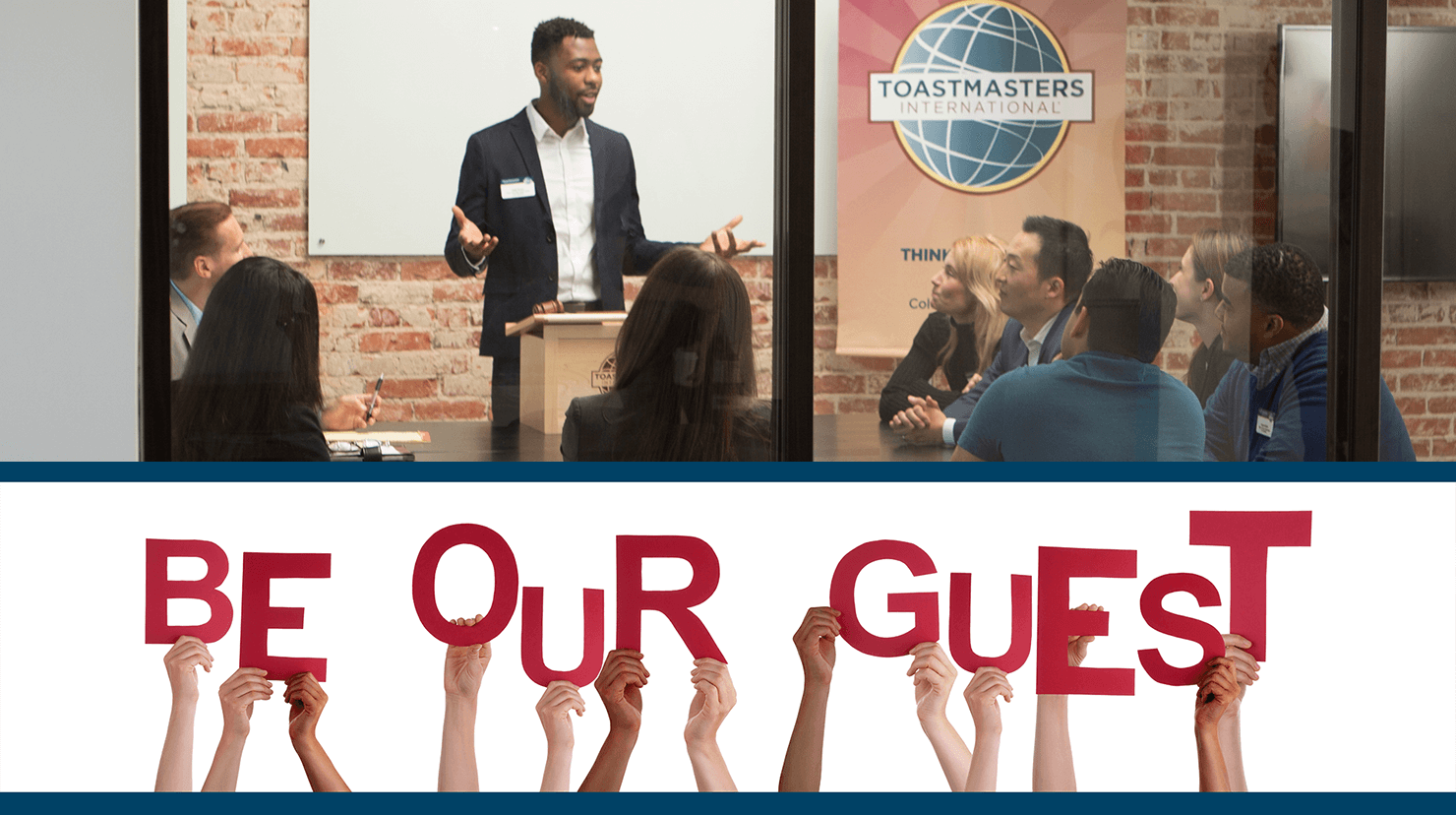 Bring in visitors to build a bigger, better club. 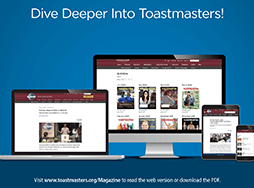 The Best for Your Guest

5 tips for following up with potential members.

The Care and Treatment of Guests

Whether your visitors stop by your club just once or five times, you can leave a lasting impression by handing out or sending promotional items such as ribbons, pens, or bookmarks! During the month of April, take 15% off all promotional products.