Click play to hear an exclusive interview with Toastmaster Lesley Stephenson, DTM, and the hosts of the Toastmasters Podcast.

Do the titles of your speeches and presentations really talk? You bet they do. They talk to the minds of your audiences, and they solicit responses like the following: This speech sounds worthwhile. Or: This sounds boring—I’ll give it a miss. Or: This sounds like the best choice of the conference workshops.

Good titles don’t just talk, they lure and entice. They have the impact of a billboard, steering audience focus onto you and your offering. And while compelling titles can’t guarantee great content and delivery, they are a first vital step toward ensuring you win the attention of your target audience.

The importance of titles, however, is vastly underestimated. Of the hundreds of presentations I evaluate each year as a communications coach, less than 10% have what I consider to be effective titles. These include the speeches and presentations of company leaders and corporate executives, so there’s room for improvement at all levels.

If you want to create a great talking title, how long should it be? The answer is simple. If you want people to talk about your speech or workshop for days afterward, be sure they can remember its title. That means making it short and well worded, because we humans are no longer much good at absorbing long sentences or remembering lengthy titles. Five words or less is the recommended maximum length for a speech title.

Back in 2014, the late Rick Haynes, DTM, and I researched speech titles used by competitors in the World Championship of Public Speaking® going back several years. We quickly saw that the vast majority of the finalists’ titles contained just one to five words. While it’s hard for one-word titles to convey the essence of a speech, the title of LaShunda Rundles’ winning 2008 speech, “Speak!” showed this was possible, as did Darren LaCroix’s epic “Ouch!” in 2001. However, more often three to five words are needed to effectively signpost your content, as 2007 winner Vikas Jhingran proved with his perfectly simple yet telling title, “The Swami’s Question.”

Five words or less is the recommended maximum length for a speech title.

On the other hand, if you feel that a longer title works best for your offering, go ahead and try it out. Longer titles can work better for written media—business reports, books, newspaper articles—because people can re-read the title if necessary. Still, an article I wrote for Tages Anzeiger Magazine in Zürich, about the Swiss arts patron and conductor Paul Sacher, had my original seven-word title slashed to just two by the editor: “You Can Do What You Want To” became “His Plan.” That experience highlighted for me the importance of shorter titles even for written publications, and it led to a strong title for my Paul Sacher biography, Symphony of Dreams.

Haig Simonian, former chief correspondent for the Financial Times in Europe, is a strong proponent of clear, short titles. In his corporate workshops, he shares many stories about their virtues. And indeed, if you pick up a copy of the Financial Times, you’ll find that most titles are pruned for impact. If you want that memorability, you need to keep ‘em short.

Some speakers and writers find that a wonderful title occurs to them even if they’re not searching for one at that moment. If that happens to you, write it down. Good titles are in short supply, especially for most corporate presentations, so you don’t want to lose a good title you can use at a later point.

If you’re searching for a title and nothing immediately jumps out at you, try a method used by many skilled speakers and writers. Take a quiet moment to think about the essence of your speech or article and how you can convey it in a handful of words. Write down all the options that occur to you. Don’t worry if some of them sound a bit crazy. If one is clearly the best, and you feel it is right, then you’ve found it. If not, select the three or four that are closest to good, and start to experiment by adding, subtracting, and rearranging the words. Your title will emerge from this process.

There’s also no one right time to find your title. Some people come up with a brilliant title before they’ve finished writing their speech or article, and others wait until the end. Both approaches can work.

While you’re creating your brainstorming list, remember there should be a clear connection between your title and your content. Why? Well, because your title is the first thing an audience hears or reads. It sets up expectations in their minds. If your title is just a fantasy bouquet of words that sounds good but has little to do with your content, you may end up disappointing or confusing your audience.

If your title seems dry, try using alliteration (the repetition of first consonants in multiple words), which adds a snappy quality—e.g., The Perils of PowerPoint, Sell the Sizzle, Heart to Heart, Beyond the Banner, Leaders in the Limelight. Wordplay is also fun, but a word of caution here: If your speech or article is destined for an international audience, the wordplay that works in your native language may not be understood by non-native speakers.

Beware, also, of punctuation in your titles, especially in those that will be announced to a live audience. Unlike club and speech contest titles, which can be more playful, professional speech titles should be more direct. I’ve seen workshop and conference titles with question marks, exclamation marks, or even an ellipsis at the end of them. There’s a problem with this. First, unless the person introducing you is well schooled ahead of time to inflect accordingly, the announcement of your title may lose the question mark. And how exactly should your emcee signal an exclamation mark? By shouting the word that precedes it?

When it comes to written texts, Simonian, the newspaperman, warns particularly against question marks. The Financial Times doesn’t allow these in its titles, Simonian says, because they suggest that the writer is still sitting on the fence with regard to his or her opinion. “Readers expect the writer to be the expert and to guide them,” Simonian argues, “not to ask them questions.”

It is hugely worthwhile investing time in creating talking titles. They can earn you money while you sleep, gather your audience’s interest before you even begin to speak, and boost your recognition as a thinker, speaker, and writer. And there is huge satisfaction in finding the perfect title for your work.

So, what’s in a talking title? In my experience, resounding recognition, a boost for your bank balance, and fathoms of fruitful fun.


Taking Titles to the Max

In 2016, Toastmaster Aaron Beverly placed second in the World Championship of Public Speaking® with what could be one of the longest speech titles the judges had ever seen. While Beverly went on to win first place in 2019, he’s still known for this title that made a lasting impact:


Leave a lasting memory using as few words as possible and strive with every fiber of your being to avoid being the type of person who rambles on and on with no end in sight more likely than not causing most listeners to sit and think to themselves oh my goodness can somebody please make this stop.

Lesley Stephenson, DTM is a member of two Swiss corporate Toastmasters clubs: Google Zürich Toastmasters and the UBS Rhetoric Club Opfikon. She is an international speaker and corporate communications coach, and has placed twice in the semifinals of the Toastmasters International Speech Contest. Learn more at www.lesleystephenson.com. 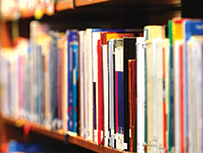 Building Your Audience, One Title at a Time

5 ways to craft an enticing title. 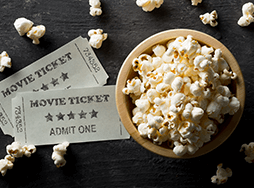 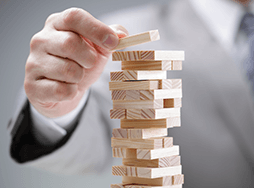 5 Easy Tips for Crafting a Speech

Start with the two basic concepts of construction and content.