DTM From Ghana Grooms Others for Greatness 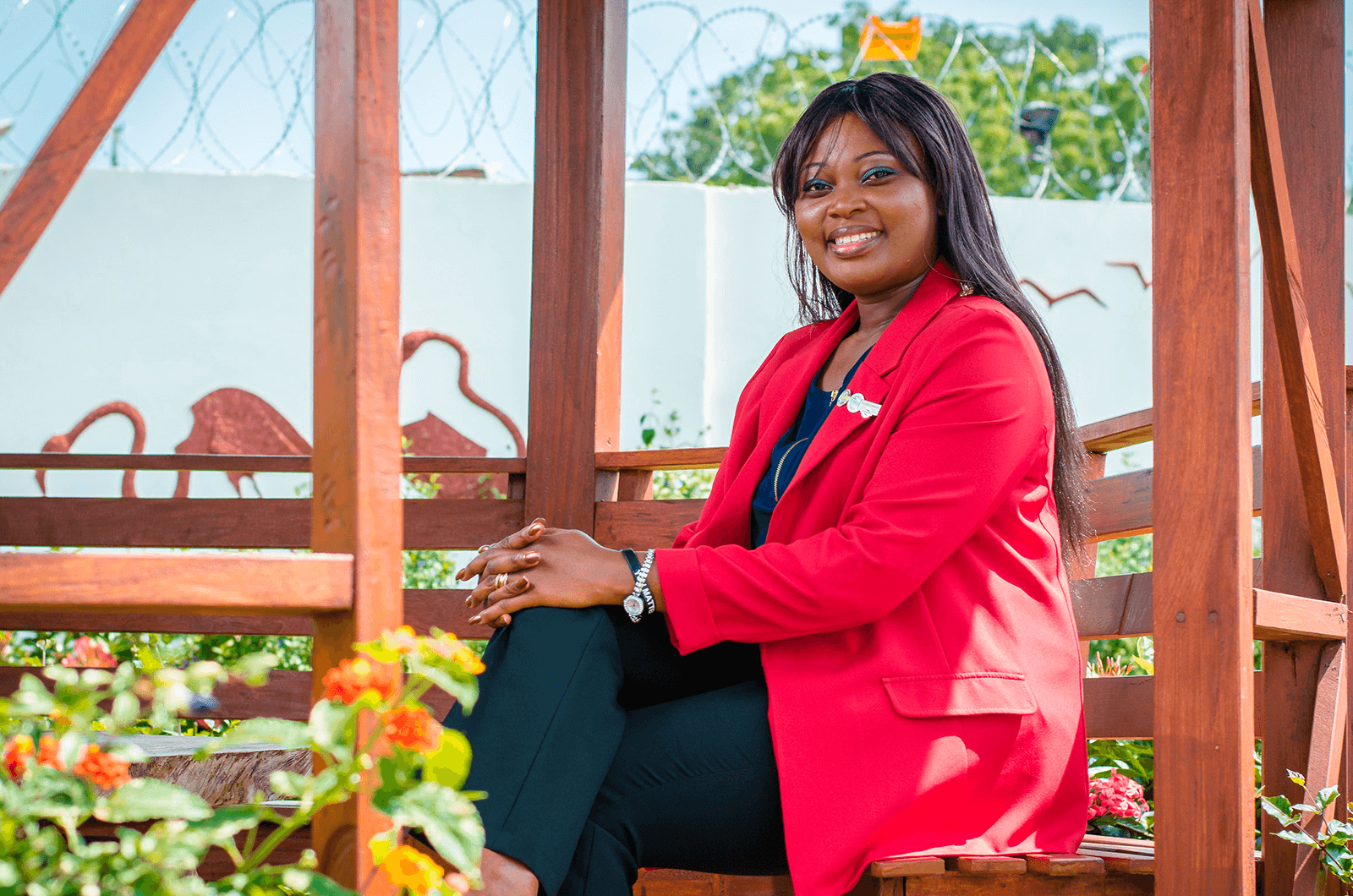 As a leader and mentor in her career, community and clubs, Patricia Dzifa Mensah-Larkai, DTM, says she does not ask people to do what she is not willing to do herself. Since joining Toastmasters in 2010, her leadership ethos has created a ripple effect across Ghana during her service as area director, program quality director and currently, division director.

A self-described “pursuer of excellence,” Mensah-Larkai developed her work ethic at an early age. Her father and mother served in the Ghana Army and Police Service, respectively, and their codes of conduct at work greatly influenced her upbringing. They wanted her to understand that achieving excellence required hard work and perseverance, and that helping others is the whole purpose of humanity—being one another’s keeper.

With these lessons instilled, Mensah- Larkai began her career in 2000 as a cabin crew member for Ghana Airways. She was also taking courses with the Inter­national Airline and Transportation ­Association (IATA), gaining valuable customer service knowledge, which later helped her get a job with CDH Financial Holdings Ltd., after the airline ceased operations in 2004. While working as a front desk executive at CDH, Mensah- Larkai was encouraged by a manager to pursue a double major at the University of Ghana, Legon, and soon after was given the opportunity to apply to the U.S. Embassy in Ghana.

“I believe it was by divine order. It was at the Embassy that I first heard about Toastmasters,” says Mensah-Larkai. “The management course I was taking helped to some extent, but I honed the skills to manage people at Toastmasters meetings.”

As she continued taking leaps in her professional career, Mensah-Larkai also had a yearning to guide and support others, and she did so after joining the Accra Toastmasters club eight years ago. Meetings, she says, offered opportunities to sharpen her leadership skills and communicate better while working at the U.S. Embassy.

What was your role at the U.S. Embassy in Ghana?

In 2009, I was employed as supervisor for the switchboard and telephone receptionists at the U.S. Embassy in Accra, Ghana. My team and I had to collaborate with several departments, which depended on having good interpersonal communication to influence others to deliver on key objectives.

“Successfully grooming others means encouraging them to rise beyond your own level of achievement.”

My team also faced ad hoc tasks with critical deadlines, such as providing services to high-level visitors, including former United States President Barack Obama and former Secretary of State Hillary Clinton. As part of the Embassy team on duty, we had the opportunity to listen to them live as they shared their vision for supporting the African developmental agenda and empowering us as a people to hold our own leaders accountable. Honing my leadership skills at Toastmasters meant connecting better each week with my team back at work and holding each other accountable.

You are now the founder and lead consultant at Perissos Horizon. What do you do there?

After getting my MBA, I took a leap of faith and started my company, Perissos Horizon (a human capital development and management consultancy) in January 2017, to train groups, individuals and entrepreneurs. On a day-to-day basis, I create and promote my training work, my public speaking engagements and other events online. My philosophy to people I coach and train is to keep discovering and honing their unique potential, build on their competencies by learning and living out their passion and, then, put those skills to good use to create a positive impact in society.

How has Toastmasters helped your professional life?

Applying book knowledge without a constant practical function, I realized, diminishes one’s ability to execute at varying levels, including managing different personality types. So, when I moved from CDH to the U.S. Embassy, it was a whole new experience being directly in charge of a team of older colleagues and having to set the pace and lead schedules. I knew I had to get something more than just book knowledge. The practical experience from Toastmasters meetings helped me deal with different personality types and adopt different leadership styles based on each situation.

What are some cross-cultural experiences you’ve had at work or in your club?

I speak bilingually in my work environment and with Toastmasters who are from Francophone countries. I have ­passion for the French language, so when the opportunity arose to work as a team coordinator for BAT Ghana (British American Tobacco), I accepted. At BAT, I worked on procurement orders with and on behalf of colleagues in Mali, Niger, Senegal and CÔte d’Ivoire.

Working for Charles Kingston, the New Zealand Special Representative for West Africa, also required me to correspond with Francophone counterparts. I translated documents from English to French or vice versa.

Tell us about the club you co-sponsored, Perissos Horizon Toastmasters.

Our club consists of both Ghanaians and non-Ghanaians, including Ivorian, Ukrainian and Gabonese members. Membership includes professionals, corporate executives and entrepreneurs who share a vision of creating an ­atmosphere of like-minded people who will sharpen each other, like iron sharpens iron.

What leadership roles have you held in Toastmasters?

I have served in several club officer roles. That propelled me to serve for two consecutive terms as area director for Ghana Toastmasters, when we only had Area 3. I learned a lot from my mentor, Ganiatou Sambaou, DTM. She is a member of Sika Toastmasters in Benin and is a past district director for District 94. She showed me what it takes to make an area successful, and with her help, I led my area to become President’s Distinguished during my second tenure as area director. I also served as the program quality director from 2017–2018, supporting the joint Division of Ghana and Togo, as both countries were being considered for alignment as full divisions. I was elected to lead this new division of Ghana Toastmasters, now Division G clubs, for the 2018–2019 year.

What is your most memorable mentor experience?

Mentorship is so dear to my heart, because, through mentoring, we help others gain confidence in themselves. They become better able to identify their purpose in life and driven to be the change they wish to see.

I recall when past Area Director Sumaya Abdul-Rahman, ACB, ALB, walked into my office at the U.S. Embassy. She was very concerned about her accent and her intense fear of public speaking. Through our mentoring sessions, she was motivated to simply believe in herself and go out every day to speak her truth to her audience. Now, I am in awe listening to her deliver speeches and by her progression in Toastmasters, as well as by her career at the Embassy. That is the joy of every mentor—to see your mentee discover and use more of their potential.

What is your advice for grooming others for greatness?

Successfully grooming others means encouraging them to rise beyond your own level of achievement. This may involve redirecting them to other mentors who have capabilities in areas you may lack. If the eagle is afraid to let go of its young, how would their young ever believe they can soar? 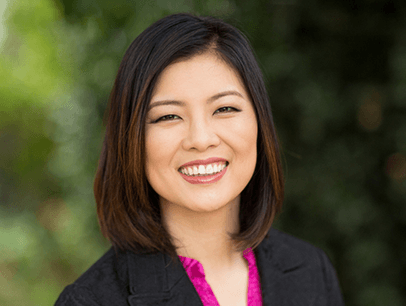 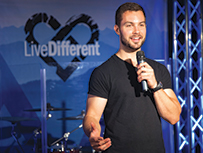