Speaking Up for Health

Some members use their powerful voices to put others on the path to wellness.

There’s nothing like a pandemic to get people to focus on health. But even before COVID-19, some Toastmasters were using their public speaking and communication skills to spread the word about health. Whether promoting mental health, organ transplant awareness, or any number of other health causes, these members are passionate about educating audiences and helping them ward off illness and increase wellness.

Below, meet three of these health ambassadors and learn how Toastmasters is helping them craft and deliver their messages of healing and hope.

Back in 2008, Henry Farkas believed he had only a few months to live. Cancer had eaten away at his lungs. It had spread to his brain. Surgery and other treatments had helped somewhat, but not enough.

That’s when Farkas became a medical miracle. It was new technology—a precise form of radiation—that finally squashed the tumors. Today, Farkas, a retired physician, is a man on a mission. As someone who escaped a brush with death, he wants to spread the word about disease prevention. “Back when I was in medical school, they taught us that prevention is way, way better than treatment. That’s one thing that is still true,” says Farkas, a member of Randallstown Network Toastmasters in Baltimore, Maryland. To achieve his mission, he aims to take advantage of any speaking opportunity that comes his way.

Farkas spent decades as an emergency room (ER) doctor in rural Maryland. He treated wounds from farming or hunting accidents and just about every other type of medical emergency that brings people into an ER. He also cared for hospice patients. And he survived his own battle with cancer. But these days, more than any other issue, it’s COVID-19 that is on his mind. He is an impassioned advocate for vaccination.

Public speaking is not new to Farkas—he did plenty as a physician, partly to educate others about opioids, drugs that work as painkillers. (He often had to prescribe them as a hospice doctor.) But he seldom got feedback on his talks. He had joined a Toastmasters club close to work, but his schedule didn’t allow him to attend regularly. In 2021, he joined the Randallstown club near his home in Baltimore. Now Farkas feels he is getting the hands-on feedback he needs to improve as a speaker. He values the direct, no-nonsense critiques offered by fellow club members.

“One thing that’s helped me is when they point out how many times I said ‘you know’ as a filler.” He recognizes the habit and is intent on dropping it. Another valuable tip from club members: how to organize your content.

“They say I should tell the audience what I’m going to talk about, say it, and then summarize. That seems like an effective way of doing this.”

Farkas is eager to absorb these lessons and continue writing and speaking out about disease prevention. He hopes the urgent need for COVID vaccinations will subside before long. But there will be plenty of other topics on his list when that day comes.


Accredited Speaker Is a Warrior for Wellness

Greg Van Borssum might seem like a super-confident, multi-talented high achiever. And he is. The articulate, athletic Australian has racked up impressive accomplishments in realms ranging from bodybuilding, martial arts, and speed-shooting to cinema and public speaking.

But he didn’t start out that way. Van Borssum, a Toastmasters Accredited Speaker, grew up in a hardscrabble neighborhood and always found himself in trouble at school, from kindergarten all the way up to high school—where teachers told him he would be in jail or dead within a couple of years.

He was a skinny kid with severe eczema that felt like sheer misery, physically and mentally. He was regularly bullied by local kids.

More of life’s challenges would come later. By early 2014, Van Borssum had sunk from the top of his professional game, which had him working as a fight choreographer, weapons specialist, and actor for the Academy Award-winning action film Mad Max: Fury Road. He found himself toiling as a laborer in a construction lift shaft, struggling to support his wife and two kids.

“We were broke and I was broken,” he recalls.

But it was at that building site that his life found new direction, after a fellow worker took his own life. Van Borssum and others witnessed the tragic event.

“After the police interviewed me,” recalls Van Borssum, “I headed into this large holding area to see all these big, strong, tough guys just sitting there staring at nothing, not knowing what to do or what to say. I was clinging to life by a thread myself, but I knew something needed to change. I stood up and spoke to the guys honestly and openly about depression, the importance of raising your hand when you’re struggling, how it takes courage to ask for help.”

He offered to walk and talk with anyone who needed support. Six of the men stayed behind and took him up on the offer—even admitting that they, too, had been contemplating suicide.

“Those six guys are still alive today. So that day we sadly lost one life but we saved seven—those six guys and me. It gave me even more reason to live.” Van Borssum set out to learn how to beat depression. He joined Toastmasters in 2013 to hone his speaking skills. (His mother had once been involved with the organization.) He went on to become an Accredited Speaker—the first from the Southern Hemisphere—with engagements worldwide, focusing on teamwork, overcoming adversity, and suicide prevention.

All this happened relatively soon after he had just “come back from the edge of life,” as he puts it. “That’s why I say to people, ‘When life pushes you to the edge, appreciate the view and get back in the game, because that was just to test your mettle for the comeback of a lifetime.’”

A member of Sea Eagles Toastmasters in Brookvale, north of Sydney, Australia, Van Borssum says he still values the tips, encouragement, and constructive feedback he gets from fellow members.

“One of my toughest chores is my delivery speed. I spent 20 years running major movies, and sometimes had hundreds of people to organize, so I had to do it fast. This made my delivery rate like a shotgun. So I am always working hard on that.”

While some see him as a speaker on “mental health,” he rejects that label.

“I don’t talk about mental health—it’s all just health. If your brain isn’t healthy, your body isn’t healthy, and vice versa. We need to take care of all of it.”

Leesa Thompson is gradually growing into a new role as a public speaker. Her personal story—about the kidney donation in 2018 that saved her life—is both an asset and a challenge, from a public speaking perspective.

It’s a powerful, heartfelt tale that can move and inspire audiences. “It’s an amazing story of triumph against overwhelming odds,” reflects the retired speech pathologist. “Unless I found a kidney donor, I was going to die, and soon.”

But as many times as she’s shared the story, it still shakes her up, to the point where standing in front of an audience becomes difficult.

“My biggest challenge is that my story is so personal and compelling that I get emotional telling it. In the beginning, I would get so choked up that I would become teary and need to talk through my tears to get my story out. I’ve learned some breathing techniques that help get me through those moments.”

In 2020, Thompson joined Peekskill Toastmasters, north of New York City, to get better at telling her story. She had already been interviewed by local newspapers and radio stations about her experience, and she wanted to share it more widely.

She remembers being filled with fear when it was time for her Ice Breaker.

“I woke up worried about it. I practiced all day long while shaking, tearing up. Even while practicing alone it was so hard to get through my four-minute speech, especially the part about needing and getting my kidney and my recovery journey since.”

“Toastmasters has equipped me with tools that allow me to tell my story clearly and succinctly.”

Since joining Toastmasters, Thompson has made huge strides. She completed the Motivational Strategies path in Pathways by moderating a virtual panel on  in October 2021. She shared a note about how she was feeling prior to that event:

“Some of the shakiness that I felt a year ago is still there. However, I’ve given so many speeches in the past year that I know I can do it. I’m really excited about tonight’s presentation. I’m prepared to face my emotions and prepared with strategies to keep going and present myself professionally in spite of them.” Leesa Thompson, far right, shares her story with audiences about the kidney donation that saved her life.

Thompson now works full-time for the National Kidney Registry, trying to help clients find living kidney donations. She works as a “microsite coach,” helping other kidney patients build small websites and leverage social media and other outreach tools to share their story, in hopes of finding kidney donors. A fellow kidney recipient had helped her do the same when she was in dire need of a transplant. Her site garnered 32,600 views in six weeks.

Thompson made it through the panel event in her club just fine, in part with the help of her club mentor, Sarah Cossette. More importantly, she’s been getting involved in lots of outside speaking opportunities. She also started and maintains a Facebook group called Move More With Friends that now has more than 6,000 members.

“Toastmasters has helped me develop my confidence and equipped me with tools that allow me to tell my story clearly and succinctly,” she says.

Thompson is still working to improve in areas like using gestures effectively, and mastering the mechanics of online virtual meetings. She admits it’s still uncomfortable to watch herself on video. But she’s committed to doing so. “I find it’s the most useful tool in correcting the issues I’m working on.”

She is a big believer in the power of personal stories to move people to action. “They will do more to influence decision-making than all the statistics pulled together. But no one wants to hear a sob story. It has to be about hope and inspiration.”

Thompson aims to keep speaking as often as she can. She even wants to start what she calls a "global Toastmasters club," named Kidney Stories Toastmasters Club, to raise awareness for the need for living kidney donations. (Email kidneystoriestoastmasters@gmail.com for more information.)

“I don’t think the nation’s kidney problem is going to be solved soon, so I plan to continue working in this area as long as I can.” 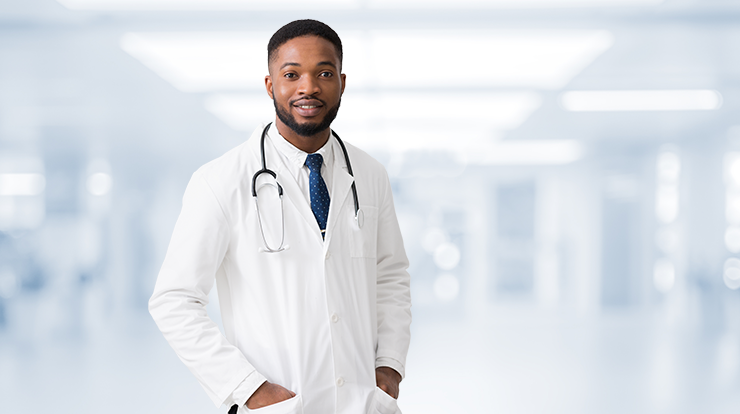 How Toastmasters communication skills help a variety of medical professionals. 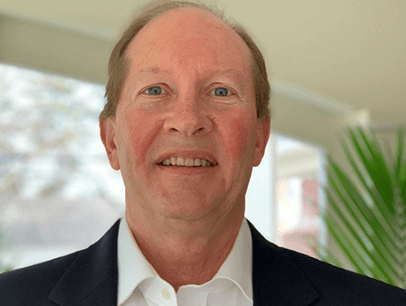 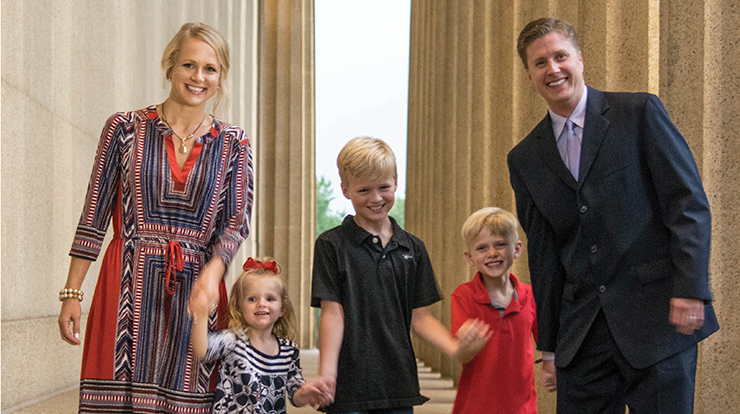