Funny You Should Say That
January 2022

We’ve tried to contact extraterrestrials for centuries with no results. I think I know why. In my younger days I viewed the search for extraterrestrial life as a fool’s errand. Now I sincerely hope there is intelligent life beyond our planet because, clearly, there’s none here. Due to a marked increase in UFO sightings by military and commercial pilots—120 mysterious aerial events in the last 20 years—the U.S. government recently decided to take the issue seriously by commissioning a comprehensive investigation that concluded: “There’s no proof these things are alien. We just can’t explain them.” No real surprise there. The government could say the same thing about the U.S. tax code: “These laws may seem alien to human cognition but they’re not. They just defy explanation.”

If there really are other life forms out there, it would precipitate all kinds of questions, from the technological and biological to the religious and metaphysical. As Toastmasters, however, there is only one thing we would want to know: Are they good public speakers? Do they know the secret to the Perfect Speech, and are they coming here to share it with us? Is there an intergalactic speaking award they could compete for and put on their resume?

Or, on the other hand, do they not speak at all? Experts lean toward the belief that any exoplanetary beings capable of traveling light years to get here would have evolved beyond the spoken word to some form of telepathy; their minds would communicate directly. Could they do that with us? Could someone achieve the Distinguished Toastmaster award by simply staring at the audience for six minutes? All I know is my wife doesn’t have to say a word for me to know I’m in trouble, so, yeah, it’s possible.

Let’s say there are aliens who can zip around the cosmos at the speed of light. And let’s say out of the 125 billion known galaxies in the universe, they decide to visit ours, the Milky Way, and out of the 100 billion planets in the Milky Way, they choose our little blue orb to explore, which they do by landing in a wheat field in France. Surprisingly, they look very much as we’ve imagined: little webbed hands and feet, snake-like skin, pointed ears, and glowing eyes. Lacking are mouth and nose. Apparently, they don’t “eat” as we do, which is unfortunate since they’ve landed near Lille, France, which is famous for its carbonnade de boeuf.

Deplaning, they set out to see the sights, eventually coming upon a community building where a nervous young woman is giving her Ice Breaker speech at the Lille Toastmasters club meeting. The Toastmaster of the meeting is a stickler for rules—so much so that he overlooks the aliens’ appearance and tells them (1) interrupting an Ice Breaker is forbidden, and (2) tardiness is not appreciated. Receiving only a hum in reply and noticing their three eyes, he concludes these creatures must be newcomers, and not just to Toastmasters. He quickly consults his Pathways project to see if Cross-Cultural Awareness covers this situation, and if not, would there be some advice on Cross-Species Awareness. Finding nothing, he decides the most he can do is ask his guests to make the Toastmaster’s Promise that they will always be respectful, courteous, and friendly. The next thing he knows he’s in a tiki bar in Papua New Guinea, with no idea how he got there.

If a Toastmaster can’t get through to these creatures, who can? Nobody, apparently, and it’s not for lack of trying. We’ve been trying to talk to whoever or whatever is out there for centuries, with everything from light beams and radio signals to mathematical equations and a rock ‘n’ roll record. (This is true. Among the items on Voyager 1, launched in 1977, was a recording of Chuck Berry’s “Johnny B. Goode.” Voyager 1 is now 14.1 billion miles from Earth and we have not as yet detected anybody singing “Go, Johnny, go!”)

This lack of response was particularly galling to the Italian physicist Enrico Fermi, who asked in the now famous Fermi paradox: Why no sign of life when there is so much probability?! My guess is that the little green men have heard us and have simply chosen not to respond. We must remember Albert Einstein’s observation that Earth is the insane asylum of the universe. If he knew it, they sure do. Hence, if we ever do get a reply it will be: “This message box is currently full. If this is a telemarketing call from Earth we are not interested. Have a nice day.” 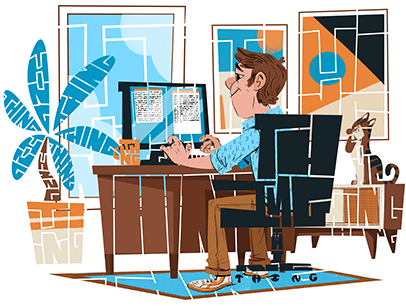 The word that’s worth a thousand pictures. 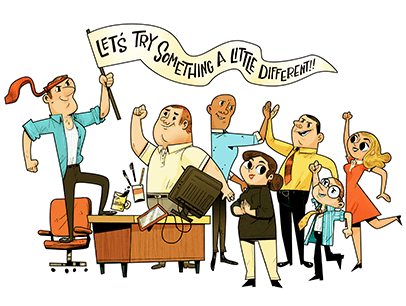