You have given a speech. The audience applause is of a duration and decibel level to indicate it was a good one. You silently congratulate yourself and leave the stage to mingle with individual members of that audience, at which time you will engage in conversation—a different form of public speaking altogether. A speech to a crowd is a full-out assault; making conversation in a small group is hand-to-hand combat. Are you good at it? Can you introduce yourself without sounding like you’re selling timeshares in Costa Rica? Can you ask a person about themselves without being told it’s none of your #%@! business?

This is important. True, great public speakers are oft remembered by history … just not always favorably. The chronicles of the famous are replete with those who would have left a far more palatable legacy if they’d just kept their big, fat mouths shut. Not so with a great conversationalist. Someone who can crack the dreaded “awkward silence” and keep the ball rolling sits forever in the Pantheon of the Well-Regarded.

Socrates, for instance, lived over 2,500 years ago, but the Socratic method of conversation endures. The sage of Athens didn’t talk; he asked questions—lots of them—forcing his subject to examine his or her reasons for holding a certain belief, until, in many cases, they reasoned to the conclusion that they had no real reason at all. This is an excellent way to find the truth. Just don’t use it with your spouse. There are times when the truth isn’t nearly as important as keeping your head on your shoulders.

The English poet Samuel Taylor Coleridge was another famed conversationalist. He was also an opium addict and a sponger—which proves my point that if you can keep the party hopping, people won’t care if you ask them for money. They may even give you some.

How does all this apply to you? How can you join the all-time great conversationalists? Let’s begin with how not to begin. Politics and religion are obvious nonstarters. The merest hint of these topics will cause the same reaction as if you’d walked in with a skunk on a leash. So, too, are relationships, socio-economic status, and anyone’s physical appearance. People don’t want to know about your marriage, your swimming pool, or your opinion of the host’s comically ill-fitting suit. One of them could be his tailor.

Don’t judge. This is a conversation, not a debate.

Best to start with something innocuous, such as your conversation partner’s connection to the event, or how they came to be in their line of work—anything that’s about them. As with most of us, “them” is their favorite topic, unless they’re in the Witness Protection Program. And when they talk, listen. This is different from the far more common practice of pretending to listen. Real listening is an acquired skill. People want to know you’re genuinely interested in them. So pay attention. Don’t let your mind wander, or you may wake from your reverie to hear, “What do you think, Carol?” The only honest answer is, “I wasn’t listening.” Are you honest? Are you that honest? If not, bend over, say your appendix burst, and leave the room.

Don’t judge. This is a conversation, not a debate. Be complimentary, look for commonalities, ask pertinent follow-up questions to keep the ball rolling, and gauge the depth of your conversation by the environment. Bringing up Immanuel Kant’s Critique of Pure Reason might be appropriate for a convention of college professors, not so much for the bowling league summer picnic.

Don’t be a Prove It. That’s what Socrates did and you’re not Socrates. Don’t be a Me-Myself-I. When somebody says they climbed a mountain, don’t say you climbed a bigger one. Don’t be Captain Oblivious. When someone says they’re ready to go home, don’t nag them to stay. They want to go home, and now, thanks to you, more than ever.

Remember, too, that being a good conversationalist doesn’t mandate that you be as well-read as a scholar or as entertaining as an African gray parrot that speaks four languages. People would much prefer that you just be interested in them. You don’t have to be fawning or obsequious (Are you sure I haven’t seen you in the Miss Universe pageant?). Just be sincerely attentive … which will make them feel good … which will make you look good … which will offer you the best chance of being remembered as a Socrates or even a Coleridge—as long as you don’t ask to borrow money. 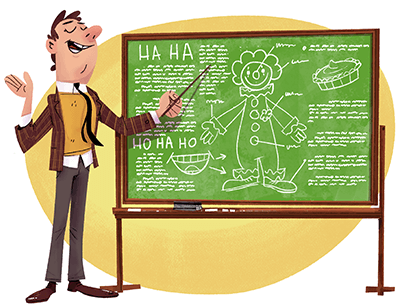 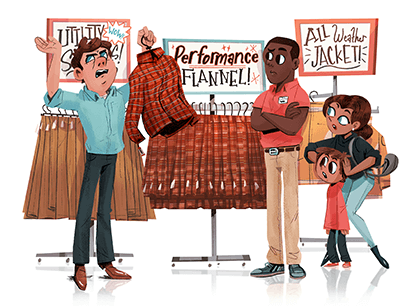