When you joined your first Toastmasters club, did you get a rush of excitement at the thought of your next meeting? Did imagining your Ice Breaker give you chills? Did you dream that you would be with the club forever?

Okay, joining Toastmasters isn’t exactly like falling in love. But, as with romance, it can take some work to make your commitment strong and enduring.

So how do you keep the spark alive? It takes a combined effort by members and leadership. With diligence and creativity, clubs can keep members engaged and members can strengthen their bonds with their club and fellow Toastmasters.

It seems obvious but keeping in touch doesn’t happen unless someone makes the effort to reach out regularly. It’s advice you’ll hear over and over if you talk with club members about staying connected.

“Know each and every member, their likes and goals,” she says. “Not just by emails or texts—focus on building continuing relationships. Call if they haven’t shown up for a while.”

Bhekisisa Ngomane of President Club in Pretoria, South Africa, also stresses staying in touch. He was Club President when meetings went virtual, and he knew he had to take strong action. He divided the membership list among the Club Executive Committee members and drafted a list of questions to ask each club member, focusing on identifying their needs and their comfort level with an online meeting platform.

“We had to rebuild on the opportunity that an online platform presents,” says Ngomane. “We’ve come up with trainings to show people what can be done in online meetings, and we call up people who are not technologically inclined. We’ve shown them how they can take the skills they learn here and use them in their professional life or use them to connect with other people.”

He is a proponent of good old-fashioned phone calls instead of email when touching base with members.

“If you send an email, you can sit there and hope someone reads it,” he says. “With a phone call, you can hear what members’ challenges and needs are.”

Have you called a fellow Toastmaster recently? If you’re feeling a little distant from your club, try picking up the phone.

Another key way to keep up morale during tough times is to publicly recognize members’ achievements. Saurabh Gandhi of the Bibvewadi Toastmasters Club in Pune, Maharashtra, India, says that in addition to using Facebook and Instagram to highlight milestones and accomplishments, they make heavy use of WhatsApp, with categorized lists to keep the focus personal. It’s paid off—his club added 20 new members in July and August of 2021.

Social media is an obvious tool for public recognition, and this is unquestionably something you should consider if you are the club Vice President Public Relations (VPPR).

Gianna Abao is VPPR of the Metro Manila Toastmasters Club in Quezon City, Philippines. She is a content creator by profession and has leveraged Facebook, Instagram, and TikTok to recognize members’ achievements and share some of the key skills Toastmasters focuses on, both in communication and leadership. Her club membership skews Gen Z (those born after 1996), so it works to great effect as the platform is popular for this generation.

“We try to recognize each of our members, their strengths, their Pathways level, and when they see their own face they share it,” she says.

She doesn’t come up with all the content, though—club members assist.

“I really try to keep the members engaged,” she says.

The club’s TikTok videos present a combination of tips for public speaking and leadership along with personal stories of how Toastmasters has impacted members’ lives. They are good quality, varied in topic, and branded so you recognize them as Metro Manila posts.

Abdon, the Texas Toastmaster, prizes recognizing people as well, not only by highlighting members on social media, but also by talking about them during meetings and special events.

“When you recognize people, they feel part of something bigger,” she says.

Mentoring can be critical. While a mentor’s primary task is to show new Toastmasters the ropes, answer their questions, help them get through speeches, and hone skills, they can also serve as a lifeline to your club. In addition to guiding new members in crafting speeches, mentors can also familiarize members with meeting roles and officer roles.

When you join Toastmasters, ask for a mentor. When you’re more experienced, offer to serve as a mentor. It will keep you connected to club members both in and outside of meetings, deepening the Toastmasters experience.


Think Outside the Box

Former Club President Ngomane turned to trainings that went above and beyond the Toastmasters program in order to get members and potential members comfortable with online meetings. Gandhi’s club in India did the same but expanded them to add value.

District 74 (Southern Africa) has kicked innovative and exciting practices up a notch. At a recent open house and membership drive for chartering club Breaking Barriers, in Johannesburg, South Africa, the hosts—mostly Division leaders—fostered an upbeat mood, using recordings of raucous applause and asking meeting attendees to unmute and clap loudly after each speech.

The President Club in South Africa takes it a few steps further—dance steps, that is. During their meetings, the Toastmaster of the Day turns on music and encourages members to join him in dancing, turning the atmosphere from a serious club meeting to something more social and focused on fun. Are you a dance fan? Maybe your club can add a little dance break to your meeting agendas too.

If you are a club officer, these types of techniques are something you might want to consider. If you’re not an officer, suggest them. There’s nothing quite so fun as breaking into dance after the exertion of a contemporaneous speech.

In many ways, the COVID-19 pandemic has changed our relationships, whether family, friends, colleagues, or fellow Toastmasters. We have had to adapt to using the means that are available to us, sometimes with varying success.

Toastmasters is a way to stay connected to people who share a common interest. Every time your club meets, you know who you will be seeing there, and you know what you will be doing. There is stability and continuity in that.

Staying active with Toastmasters also provides a way to share your ideas and insights, primarily through speech topic selection. Things you might have discussed at the water cooler can now be shared through a prepared speech, or even Table Topics®.

We don’t know what the future holds, but Toastmasters has been proven to work in a variety of settings. Keep going to meetings, stay in touch with fellow Toastmasters, and once in a while get up and dance. Celebrate life, celebrate Toastmasters, and stay positive and connected with others. 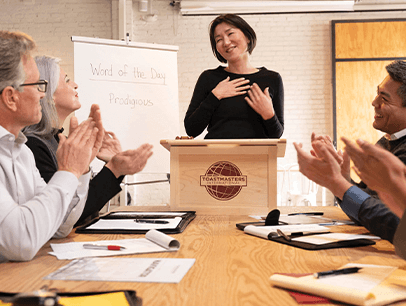 Readers speak about what makes their club special. 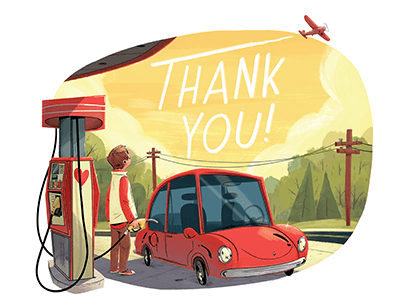 Time to learn a second language, folks, and I’m not talking about French or Italian.

How you perceive and express love can benefit your club.