Smedley From the Vault

Take a step into the past to honor Toastmasters International’s founder. In honor of Dr. Ralph C. Smedley’s birthday this month, the Toastmaster magazine unearthed an article he wrote discussing various February birthdays—though not his own! Take a step into the past and celebrate February 22, 2022, with these meeting ideas from the Toastmasters founder, and consider donating to the Ralph C. Smedley Memorial Fund® in his honor.

February is the shortest month, but its few days are crowded with birthdays of many of the world’s notables. It offers a rare opportunity for the Program Chairman who has a bit of imagination. It will take a colossal moronic capacity to present uninteresting club programs in such a month.

In America, we think first of the birthdays of Lincoln and Washington, but these two days are not exclusive with the two great names. Lincoln shares his February 12th with Cotton Mather, Charles Darwin, John L. Lewis and General Omar Bradley, while Thomas A. Edison missed it by one day, arriving on February 11.

And it was on February 12, 1877, that a news dispatch was sent by telephone all the way from Salem to Boston, hailed by the Boston Globe as a “feat never before attempted — the sending of news over the space of 16 miles by the human voice.”

Washington’s birthday brings up names of other important people born on the same day. Consider Arthur Schopenhauer, Frederic Chopin, James Russell Lowell, Sir Robert Baden-Powell and Edna St. Vincent Millay, just a few of the number. There is a list of international names about which can be built a program of deep interest, both to speakers and to listeners.

In the world of science, invention and exploration are Charles Lindbergh, Louis Agassiz, Galileo, Cyrus McCormick, Nicholas Copernicus and Sir Wilfred Grenfell, all born in February.

Sir James Murray was born on February 7, 1837. The great work of his life as a philologist and lexicographer, was the planning and editing of the Oxford English Dictionary, a work with which every Toastmaster should be better acquainted. Try an evening on the history of dictionary making. It will be a thriller.

Sir Robert Baden-Powell, founder of the Boy Scouts, was born on February 22, 1857, and the Boy Scouts of America celebrate the chartering of their movement, February 8, 1910.

With an array of biographical suggestions like this, it will take an exceedingly careless, indolent, or unresourceful program committee to present any programs of sub-marginal or subvirate quality. Mix plenty of imagination and originality with a reasonable amount of committee work, and the February programs will be outstanding in interest and in informative value.


Editor's Note: This article is being republished exactly as it first appeared in the February 1954 issue of the Toastmaster magazine. 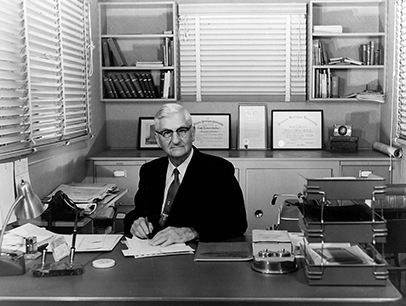 Moving Forward by Honoring the Past