Meet the Winners of the 2021 World Championship of Public Speaking

Verity Price, DTM, from Cape Town, South Africa, won the World Champion title with her speech “A Great Read,” a funny, profound look at conquering life’s “scary tales.” Second place went to Nitay-Yair Levi, from Sydney, Australia, who shared a poignant love story in his speech “Advice for Life.” Roger Caesar, DTM, from Brampton, Ontario, Canada, placed third with “Is It in You?”, a guide to finding greatness in oneself by helping others find theirs. Learn more about Verity’s journey to the virtual stage in this podcast interview with the hosts of The Toastmasters Podcast.


Before she entered the WCPS, Price recalls waking at 3 a.m. one day to a little voice in her head, urging her to share a story with the world. It was one she’d told in a Level 1 Pathways Ice Breaker (and had even used at club open houses). The voice was “telling me to give it everything I had and see where it took me,” Price remembers.

Ultimately, it took her to the World Championship. “This is the most incredible feeling—a palpable love from my country and my District,” says Price, who is the first African to win the title. She also thanked the organization she joined in 2011. “Toastmasters gave me a purpose during a very dark time in my life. It’s been life changing.”

Her speech tells of advice her father wrote in his last letter to her. She’d kept the letter for years and found herself reading it when her life had become a “scary tale” of depression and distress. Her father urged her to rise above failures by writing a new story for herself. The perspective was life changing.


“I stopped worrying about where I wasn’t in life and started enjoying where I was,” she says. “Life is all about detours, delays, and things that go wrong, but it’s never too late to write a new story.”

Price, a member of ToastED Toastmaster in Cape Town, gathered broad feedback in support of her contest bid, even though she was already a professional speaker, facilitator, TEDx presenter, and trained singer and actor. She practiced her speech endlessly and eagerly asked for input from Toastmasters clubs around the world. Among her trusted advisors: her sister, a 2012 WCPS semifinalist, and Lance Miller, DTM, the 2005 World Champion.

To polish her small-stage presence, Price also studied 2020 World Champion Mike Carr, who was widely praised for his memorable Zoom performance. Watching him helped Price see how to have fun and create impact with gestures, facial expressions, and movement toward and away from the camera.

Price continued to soak in feedback until, shortly before the contest deadline, a London Toastmaster heard the speech and said: “My whole soul absorbed your message and it pervaded me.” The comment so moved Price that she decided her speech was ready at last.

“I’ve always been a very self-reliant person,” she says. “This contest taught me that I couldn’t do it by myself. I needed people in my corner.”

When asked about her willingness to share personal struggles, Price offers a simple explanation. “I’ve been doing it so long in my speeches I hardly know how not to.” When writing a speech, she mentally asks her potential audience if they can see themselves in her vulnerabilities. Finding those common links, she says, is a joy.

“I love speaking to people who are looking for a mindset shift; that’s my happy place.” Second-place winner Nitay-Yair Levi says not so long ago, he was a terrible speaker. After he “completely tanked” giving his own wedding speech, he joined Toastmasters in 2019 and set out with determination and committed curiosity to learn all he could about speaking publicly on topics that mattered to him.

“Imagine a 5- to 7-minute speech delivered in 30 minutes,” he says of his wedding words. Yet, he adds, “She still married me—so that ended well.”

Levi’s forays into the realm of international speech competition have also gone well. After reaching the regional quarterfinals last year, he applied all that he’d learned to his 2021 preparation. His work paid off in a finals speech that unfolded like a one-man movie, in which he virtually chronicled the emotions, voices, gestures, pain, and joy of numerous characters.


His continuing speaking success suggests Levi was right in choosing Toastmasters to learn how to meld messages and delivery skills. He often knew what he wanted to say, but not how to say it.

“I felt that on the inside, my ideas were positive. But when it came time to communicate those ideas to the outside—well, that was the problem,” he explains.

“I just want to improve,” he says of his multiple club memberships. “I’ve found that the more you dedicate to the world that is Toastmasters, the better you will get.” Roger Caesar, DTM, says he’s still on “cloud nine” over this third-place finish and all the congratulatory goodwill coming from his fellow finalists and many Toastmasters friends over the past decade of his membership.

Caesar, who has reached the semifinals three previous times, spoke eloquently about discovering personal greatness while helping others find theirs in his finalist speech, “Is It in You?” He is a member of Brampton Toastmasters and a co-founder of Raising Champions Advanced Toastmasters, both in Brampton, Ontario, Canada. In addition to his clubs and District 86, Caesar credits his achievement to Kathryn MacKenzie, DTM; fellow Canadian Toastmaster Neil Dunsmore; 1999 World Champion Craig Valentine; and most of all, his family, who figure prominently in his finals speech.


Understandably, Caesar is an ardent supporter of Toastmasters training.

“At first, you don’t realize how quickly you can learn skills in this program when you put your mind to it. There’s a lot of self-doubt when you start then suddenly you’re participating—and that’s the key word—participating. You will start to bloom when you get out there and start practicing.”

Caesar lights up when asked to share what’s he’s learned in Toastmasters.

“I’d like to say, especially to anyone new or who is considering joining—it takes a ton of work to reach the international speaking contest level, or any level you aspire to. There’s self-doubt, mistakes, it doesn’t work out,” he notes. “I’ve been to all those mountains. But it’s a true journey. Keep pushing forward. Participate—practice—and enjoy the moment, constantly.

“You’ll get there,” he adds. “Be the driver of your life, not the passenger.”

Diverse mix of speakers and programs spotlight a stirring event. 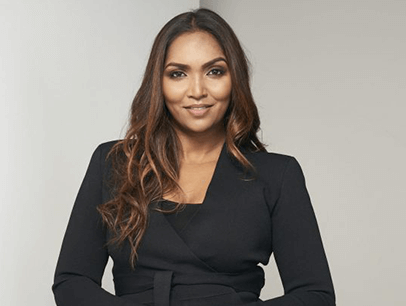 Liza Pavlakos: From Trauma to Triumph

How the 2021 Golden Gavel recipient uses her extraordinary life stories to inspire others. 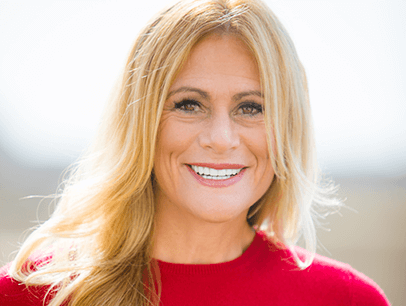