A Toastmaster for All Ages

Discover how this 100-year-old still finds value in the Toastmasters experience. Early on a recent Friday morning, members of Edmond Club of Edmond, Oklahoma, logged onto Zoom and were pleasantly surprised to see their oldest member, Oren Lee Peters, who navigated Zoom technology to join the club online. Peters, who turned 100 years old in April, says he finds great joy in being a lifelong learner. With more than 50 years of speaking experience to his credit, he still wins the best club speech of the day accolades. Even in his 90s, as the traditional education program was ending, he earned his Advanced Communicator Silver. He never pursued it before, he says, because he already had quite a few badges, including the Purple Heart, a decoration given by the United States military, and the title of Sir Knight by the order of the French government for his service in World War II. Edmond Club members present Oren Lee Peters with a certificate recognizing his service to the club—a gift for his 100th birthday.

“He was a member of this club when I was a 1-year-old. He’s inspired me to stay in Toastmasters for the long haul,” says Robert Adams, DTM, who like many club members is a bit wide-eyed at the presence of a centenarian sharing stories before them about war, history, and life growing up in 1920s America. Club member Lori Vallejo agrees. “When he would show up to Toastmasters in his 90s, still ready to learn, that made an impression on me,” she says.

On another Friday morning in 1966, Peters walked into his first Toastmasters meeting. He was in his mid-40s, married with four young children, and a veteran of both World War II and the Korean War. Talking to people was part of his daily work as a logistics instructor at a local military training institute. When a friend invited him to a Toastmasters meeting, Peters was naturally curious.

Peters is a lifelong learner with more than 50 years of speaking experience to his credit.

He remembers being given a chance to speak at the meeting and thinking, I’m a storyteller, I can do a good job at this.

“So I got up and did a pretty good job. Then the one in charge of talking to me said, ‘That was pretty good. Your ahs were around 20-some.’” Another evaluator noticed Peters kept his hands in his pockets during the speech, avoiding hand gestures. “I really started feeling that I wasn’t as good as I thought I was,” Peters recalls. But he was hooked. “Every suggestion that I heard I thought, I’m going to nail this thing down. So I studied the book and I was in Toastmasters for good.”

Larry Selby, DTM, remembers Peters as a club leader and an engaging speaker—back then and today. Selby laughs, remembering how Peters, a local Boy Scout leader, taught the club to sing scout songs during one of his speeches. “He has some real energy when leading a group,” Selby says.

But the somber speeches about war are what many club members remember most. Months ago, during a Zoom speech, Peters sat in his home office with a World War II European battlefield map behind him. He recounted a harrowing experience, facing German troops in Italy while serving with the Oklahoma National Guard in the 45th U.S. Infantry. “I want you to know at one time I was looking death in the face,” he said, pausing dramatically before describing the looming German tanks and the despair of lost hope. At the bleakest moment, Peters says, “A P-38 airplane came right over my head and took care of the situation that would have wiped me and my platoon completely out.”

With that, Peters won the Best Speaker of the Day. “He can keep the whole audience sitting on the edge of their seats waiting for him to reveal how it all turned out,” says Suellen Miller, DTM. “He’s good at mastering pauses.”

In the 1970s, Peters left Edmond for a military job in another state. He tried to start a Toastmasters group there to no avail, and when he moved back to Edmond it was a few years before he rejoined the Edmond Club. He realized that he needed Toastmasters to stay sharp for work and for giving speeches to the schools and civic clubs that were increasingly asking for his World War II stories and other speeches.

“My presentations had to make sense,” Peters says. “You just don’t stand up and start blowing the wind, you need to have something that is worth listening to.” He credits Toastmasters for refreshing his speaking and evaluation abilities. “It has really helped me through the years,” Peters says.

But what about those uncomfortable evaluations? Peters says you have to take the criticisms to get better. “You’ve got to stay in it. You’ve got to be there and be willing to take the knocks, still. Step up and do it!”

“The zest for life that he has, it’s a great lesson that we should constantly strive to learn something new.”

In his teens, he followed his own advice to take criticism to improve and volunteered for the National Guard and was then called for war. When he returned from war, he volunteered to help coach high school football and eventually became head coach of the team. If civic clubs had roles to fill, he volunteered. In Toastmasters, he stepped up to serve in officer roles. “I volunteered for everything. Why? I wanted to know!” Peters says. “Scouting, National Guard, Toastmasters. I enjoyed it. I wanted to be good at it so I could say, I can do that!”

“To me he is a prime example of a lifelong learner,” says Immediate Past Club President Kiran Prabhu. “Someone his age still there every morning, smiling, happy to be there and share his stories with the rest of the club, and embracing new technology at his age—it’s incredible!” she says. “It’s a testimony that life doesn’t stop when you retire; it begins. It’s never too late to learn new things. The zest for life that he has, it’s a great lesson that we should constantly strive to learn something new.” Prabhu often thinks, “If he can do it, I can do it!”

All in the Club Family

Over the past two decades, club members have stepped up to help Peters stay connected as his hearing and vision capabilities have waned. Today, he’s legally blind. Before the pandemic, members drove him to in-person meetings. They adjusted meeting roles, regularly counting on Peters for the invocation and a thought or poem of the day. Some would call him an “unofficial evaluator,” pulling members aside offering advice. “You’re not going to hear me dig any of them,” Peters says, “I’ll give them a suggestion. And there’s a lot of times it’s not my place to be the person that is going to grade the speech, but I would sure like to make a suggestion.”

Like the members who have helped him, Peters stays a Toastmaster because he wants to help and share with others. His son, Pat Peters, says it’s part of his dad’s extrovert personality. “He just likes people,” Pat says. “He likes sharing.”

The elder Peters says, “I want to help people.” And, he adds, he feels there are a lot of people who should be back in Toastmasters helping too.

“You need Toastmasters to hold you in line if you’re going to be a good speaker. I believe that. If you’re getting that good, be there to help the next guy.”

Plus, he says, he’s still learning. “I pick up something at every meeting. There’s a little tic or something I can use.”

Peters is planning an Ice Breaker for his next speech. When asked about the topic, he will not say. “I’ve gone through some pretty tough things,” he says. “I have a bunch of stories to tell.” 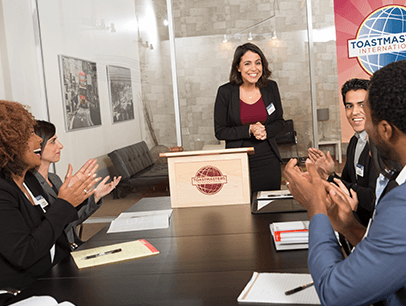 Growth, diversity, and relationships keep some Toastmasters in for the long run. 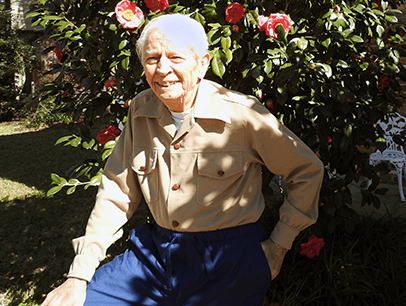 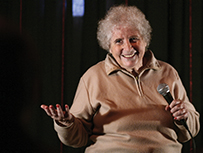