We are a multilingual bunch here at the International Lunchtime Toastmasters in Zurich, Switzerland—which seems only appropriate for a country with four official national languages (German, French, Italian, and Romansh) and a city where one in three people carries a foreign passport. At our club, we strive to practice English, German, and French at every meeting, and for many of our members and guests, not one of those is their native language!

As a Toastmaster, you may have experienced similar situations. Perhaps you live abroad, or your home club might have members who aren’t native speakers; or maybe you’ve signed up for a club specifically to practice your second or third language. You are reading this article in English, but statistically, there’s a two-to-one chance that English is not your first language. In a globalized world where many of us are communicating and collaborating across borders and cultures, proficiency in a second language can be a stepping-stone in your career and can open many doors while traveling. Bilinguals have also proven to be better in social and cognitive tasks, showing greater empathy, recovering more quickly from brain injury, and staving off dementia significantly longer than monolinguals.

Still, besides all the fun and benefits, speaking in a non-native language can be intimidating, especially when you are just starting out. So I asked some proficient public speakers for advice.

For many speakers, going from speaking a non-native language conversationally to giving a whole speech can feel quite daunting. “It seems like so much more effort,” says Selina Man Karlsson of International Lunchtime Toastmasters in Switzerland. She can manage Table Topics®, she says, however, when putting together a speech, there are many more pieces to the puzzle. “But I know that once I accomplish it, it will feel like a personal victory.” To ease into it, she suggests you recycle an idea or translate a speech you’ve given before, in order to feel more confident. And perhaps you can find a mentor who speaks both languages. Most importantly, Man Karlsson says, because Toastmasters is such a safe and supportive environment, it’s the perfect training ground.


Public Speaking as a Mental Workout

Another happy multilingual is Beatriz Macedo of Oporto Toastmasters Club in Porto, Portugal. “I love learning languages,” she says. “It’s like a gym for the brain, something challenging that keeps me on top of my mental capacities.” Beside her native Portuguese, Macedo is fluent in English, Spanish, French, and Italian. She is also learning German and Mandarin Chinese. The former was a practical decision because German might benefit her career as a metallurgical engineer for a German company. She says she chose to learn Chinese precisely because it is so different from English and the Romance languages she already speaks.

Macedo uses Toastmasters speech contests to practice languages she doesn’t speak frequently, and she’s won contests at the District level in English and Italian. “I think the audience is a bit more forgiving with a non-native speaker,” she says. “But you definitely have to prepare much longer and better than in your first language.”


Immerse Yourself in Your Target Language

When Macedo plans a speech in one of her non-native languages, she prepares much more thoroughly than she would otherwise. “You want to get to a place where you aren’t translating what you want to say but thinking in the foreign language.” She starts the process by jogging her memory. “I switch to reading in my target language every day, watching movies and the news in it, and talking to native speakers.” She looks up words, synonyms, and even whole phrases, and discusses usage of certain expressions or metaphors in online forums. She recommends listening to native speakers talk, for instance on YouTube, to help with pronunciation. “I immerse myself in my target language before I start writing my speech. That way, I will not translate it, but write it in my target language.”

Next, the preparation. “In my more fluent languages, I usually jot down some bullet points and rehearse in a more improvisational style, almost like Table Topics—just 10 Table Topics in a row,” she says. In her less fluent languages, she memorizes more, because it’s not as easy to find a quick work-around if you forget a word or jumble up a sentence. “If I’m speaking in front of a Portuguese audience, I might be able to cheat a little and simply inject a word or two in Portuguese. But with a mixed audience or abroad, that won’t work.”

You must take into account that your audience, even if you’re speaking the same language, might differ in cultural background. For instance, Macedo believes that speakers of Romance languages gesture more and are more lively in tone than Northern Europeans. On the other hand, there are subtle differences from language to language too. So, when she prepares a speech in Italian, she says she needs to memorize and rehearse the respective gestures alongside the words of her speech.

The further you get from your native culture, the more pronounced the differences. Macedo experienced this first-hand when she spent time living in South Korea. “When I talk about school milk, every Portuguese of my generation will share the same memory. The South Koreans were flabbergasted that I would want to drink milk every day!” Another example: What is “a piece of cake” (meaning: super easy) for English speakers is “chicken soup” for the Portuguese. And a joke or a wink can work well in one culture but feel inappropriate in another.

"I love learning languages. It's like a gym for the brain."

It’s therefore a good idea to double-check your speech for culture-specific metaphors, examples, or expressions and give it a test run with a member of your target audience. Is your message clear and easy to grasp? Does what you say and how you say it contribute to your message or distract from it?

If you present to varying audiences, you may want to adjust your speech for each audience. For instance, a baseball reference works fine in the U.S., but in German-speaking countries, soccer is the sport that most people are familiar with. “Speaking the language is not enough. You have to speak the culture too,” says Macedo. “It’s like the seasoning for a dish. If you use nutmeg instead of cinnamon, it won’t taste so good.”

Talking to a Non-Native Audience

On the flip side, all is not that easy for native speakers either! Talking to a non-native audience can be tricky, especially for native English speakers. Since English has become such a widespread lingua franca, it’s easy to neglect cultural sensitivities. You are also prone to forget that processing a foreign language is always a bit more difficult than listening to your mother tongue, no matter how fluent you are.

“Most native English speakers think they are communicating, where in fact, they aren’t,” says John Zimmer, a professional speaker and speaking coach from Canada who has worked for the United Nations and has been living in the French-speaking part of Switzerland for more than 20 years. His experience has taught him to speak “a different English” when he’s talking to non-native speakers. “Back in Canada, I speak faster, and I use more slang and colloquialisms; I also allow for fewer pauses.” Here are some of his tips for English speakers talking to a non-native audience:

Luckily, all these rules serve any speaker well under any circumstances. And “taking your non-native audience into consideration will force you to think more rigorously about your message and how to express it,” Zimmer says.

Whether you speak in a foreign language or speak your first language to an audience of non-native speakers, the challenge will enhance your performance as a public speaker in the long run. Just remember: Think the language, speak the culture, and put some extra effort into your preparation. You’ll earn even more credibility as a citizen of the world.

Sonja Bonin works as a writer, editor, and translator in Zurich, Switzerland. She’s a member of Zuriberg Toastmasters Club and the International Lunchtime Toastmasters, both in Zurich. 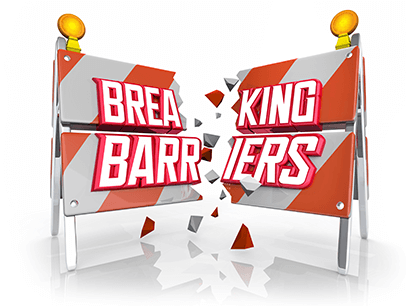 Top 10 tips for communicating with anyone in the world. 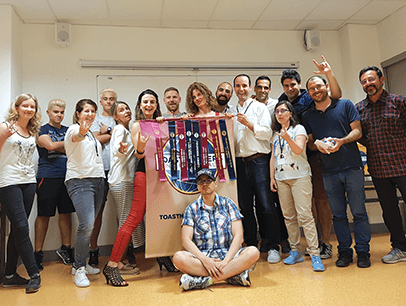 There are plenty of opportunities to painlessly sneak some foreign language into your day:

Read these tips and more in Carol Bausor’s February 2020 article.

Learn more about acquiring a new language in this exclusive Toastmasters Podcast episode, where Carol explores how we expand our communication and increase proficiency in a foreign language.


Carol Bausor is the founder of ILTC, a language training company in France. She teaches and runs workshops and events on feeling confident when speaking a foreign language. Learn more at www.lespeakshow.com.