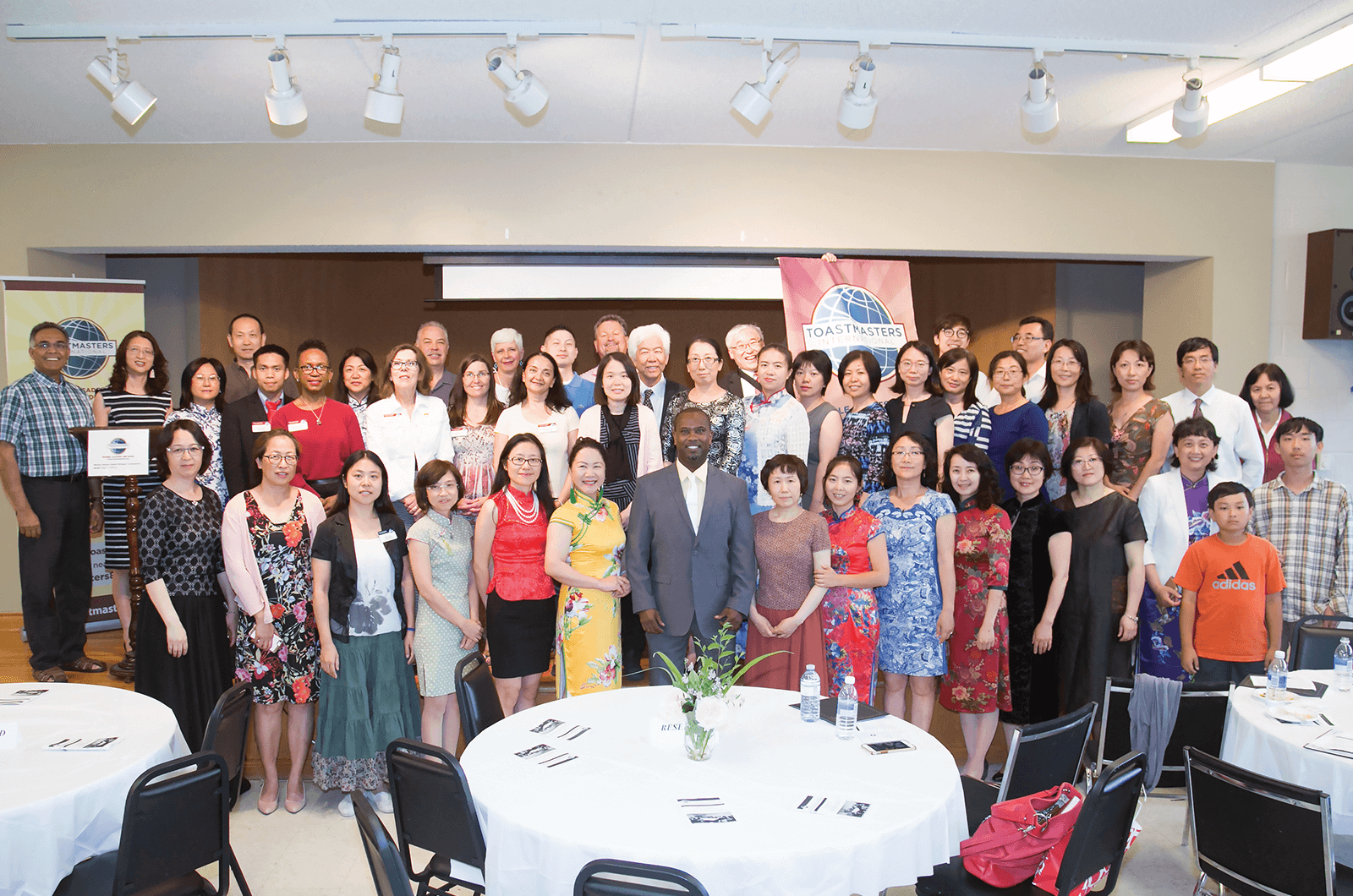 Bilingual Toastmasters clubs—and even some multilingual ones—exist all around the world. There are at least 850 bilingual or multilingual clubs worldwide. These clubs are typically chartered to help members improve speaking a second or third language, or to develop public-speaking skills in their native language while living outside their country.

At Miracle Chinese English Bilingual Toastmasters in Oakville, Ontario, Canada, both Mandarin and English are spoken at meetings. The founders created the club to provide a comfortable and friendly environment for Chinese expatriates in the community who still struggle with English after living in Canada for many years. 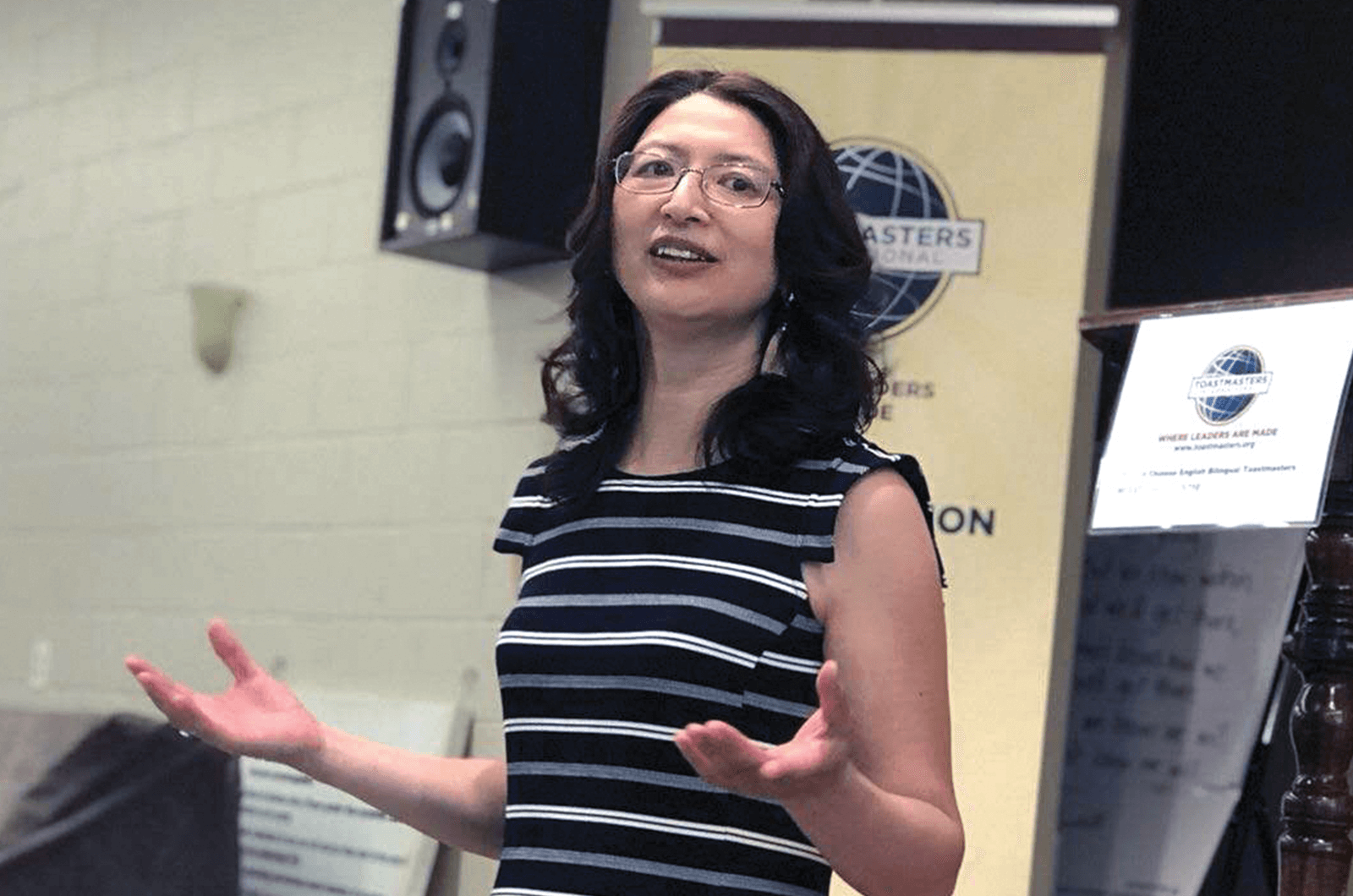 Ping Ge, ACS, ALB, joined the club to practice and improve her English. “Behind every language is a rich culture,” she says. “I always want to learn a new language to understand the country, the culture and its people better. Knowing a language well opens doors.”

Ge studied English and commerce at university in China and completed further studies in the U.K. “I had a dream to practice English in English-speaking countries and understand culture differences by dwelling in them,” she says. “I immigrated to Canada because it’s famous for its diversity, friendliness, technology and natural environment.”

“Behind every language is a rich culture.”

At the same time, the club attracts people who want to learn and practice Mandarin. Those members have worked in China previously or have Chinese parents. Knowing Mandarin helps them communicate with family and friends or keeps doors open for future business opportunities.

Members can choose what language they want to speak for any part of the meeting or even incorporate both in one speech. The language the speech evaluation is delivered in is based on what will convey the message most effectively. The same goes for Table Topics and jokes. “Often one language will be more appropriate than the other,” says Ge.

While some clubs allow different languages to be spoken at a meeting or even during a single presentation, others change languages for each meeting. Malayalam Toastmasters in Muscat, Oman, alternates between Malayalam—one of the languages of India, and English—from meeting to meeting.

Club founder George Meladan Thomas, DTM, moved from India to Oman for a job almost three decades ago. He started the bilingual club to give people who live outside their home country, like him, the opportunity to work on their communication and leadership skills in their native language.

“I believe that to enjoy the real freedom of communication and leadership skills, people should learn in their first language,” says Thomas. “So I encourage members to practice Toastmasters activities within their comfort language. Once they excel, they can practice it in any number of languages.”

Oftentimes, people start the program in Malayalam and transition to English later. At the end of 2018, 15 Malayalam-English language clubs existed throughout India, Oman, Qatar, Saudi Arabia and the United Arab Emirates.

Helping to Save a Language

On rare occasions, some people establish a club to preserve a language. Trent Dallas, CC, founded Tōhī Toastmasters in Auckland, New Zealand, to help with the resurgence of Te Reo Māori, the country’s indigenous language. In the mid-1900s, Te Reo Māori was dying out. Since the 1980s, government and community-based initiatives have been working to revitalize the language. Tōhī Toastmasters is a part of these efforts.

“If you manage to make yourself understood, then you’ve been successful. Some mistakes don’t matter.”

“Our name was chosen to represent our club’s purpose and bilingual values,” says Dallas. “’Tōhī’ means ‘to toast.’ ‘Tō hī’ is your ability to draw and attract people into your speech—your magnetism and charisma. ‘Tō hī’ also represents a new beginning—to stand and, like the sun, have your time to shine.”

“Speaking Te Reo Māori helps me connect with and understand my native Māori language and culture,” he says. “Having the bilingual club provides a great way to experience the language in an everyday setting.” While speaking in Te Reo Māori is encouraged, English is also spoken at meetings. Sometimes both are used when providing feedback to ensure comments are understood.

Focusing on Fundamentals for Evaluations

When evaluating people giving a speech in a non-native language, especially beginners, it’s important to commend speakers’ efforts. Gabriella Szilvási, CC, a member of the bilingual club Saturday Toastmasters in Budapest, Hungary, says, “People are already stressed by the challenge of public speaking. Then add on a different language, and it’s a whole new level.” 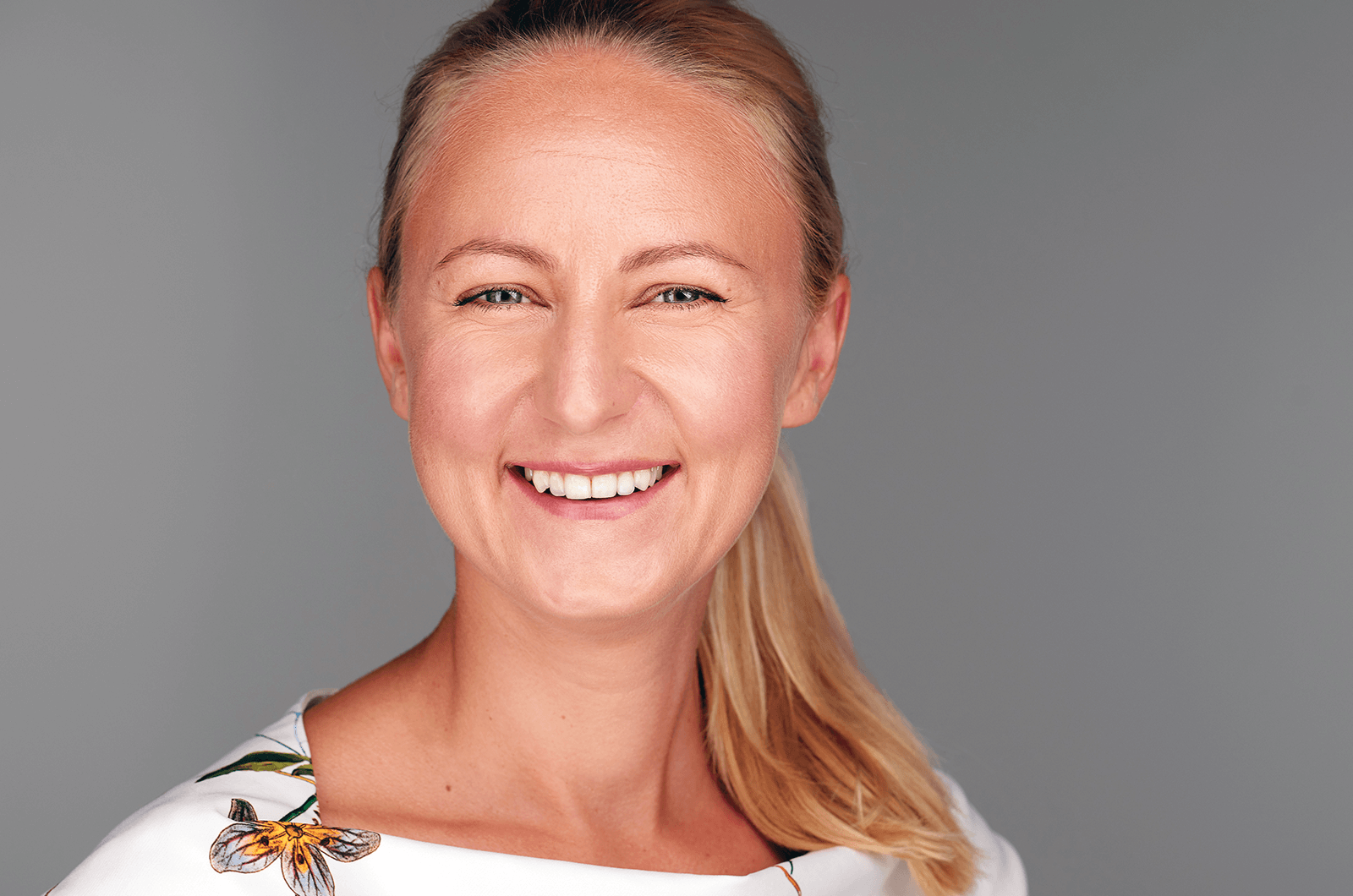 Gabriella Szilvási, who speaks several languages, including Hungarian and English, is a member of a bilingual Toastmasters club in Budapest, Hungary.

She recommends praising non-native speakers’ efforts and focusing on more fundamental mistakes to help people learn. “The goal of speaking is to communicate,” she says. “If you manage to make yourself understood, then you’ve been successful. Some mistakes don’t matter.”

Ge and Dallas also emphasize encouragement for non-native speakers. Because of the support she has received in Toastmasters, Ge has even attended a French-speaking club to work on public speaking in a third language. “My French is very rough. When I visited the French-speaking club Chez Nous, members were very friendly,” she says. “They shared information on resources to improve my skills and encouraged me to visit as muchas possible.”

Pushing Yourself as a Speaker

Ge urges people not to be shy. “Keep talking and speaking in the language you want to learn,” she says. “When you feel too comfortable staying at the same level, how can you improve?”

“Speaking Te Reo Māori helps me connect with and understand my native Māori language and culture.”

Don’t be afraid to ask for help before giving a speech in a second language. “Ask a native speaker to review your work. The person can point out any major items to work on,” says Szilvási.

The most important thing is to keep practicing. The chance to practice another language while growing their leadership and communication skills is a benefit that bilingual members say they enjoy. Ge says, “To become a friendly resource for people to learn and practice a new language is one of the most beautiful things we can do.” 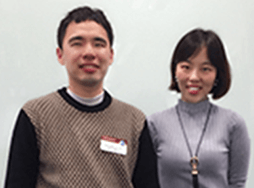