The timer is a simple but essential meeting role. Like a plumber or an appliance repair technician, the job is often underappreciated—until you realize that your quality of life, or the quality of your Toastmasters meeting, would decrease rapidly in its absence.

The timer of the meeting monitors each participant, indicates when they are nearing the end of their allotted time, and, at the end of the meeting, reports the length of each prepared speech, Table Topics® response, and evaluation. The role is straightforward, which is a great way for new members to get involved. Even if you’ve served as timer several times, challenge yourself to take it to the next level.

To be effective, a timer—like a plumber or a repair tech—needs the right toolkit: an agenda, a signal, and a clock.


Agenda. When serving as timer, you’ll need a detailed agenda of the meeting. It would also be helpful to have the timer script and log. Review the time requirements for each prepared speech; in general, the timing indicator goes on at the five-, six-, and seven-minute mark, but Ice Breakers and advanced Pathways projects have different time limits.

You’ll also use the agenda to help the Toastmaster of the meeting keep the session on track. Depending on your club’s particular structure or what the Toastmaster might request, you monitor one-minute evaluation silences between speeches, ensure timely transitions between meeting segments, and watch the clock to make sure the Toastmaster brings members together promptly after the break.

Challenge: Time everybody—and everything. How long did the Club President spend making announcements? How long did it take for the applause to die down after each speech? Add some levity and spice to your timer’s report ... just make sure to stay within your own time limit!


Signal. Green, yellow, and red come in many forms. There are more than 16,000 Toastmasters clubs in the world, and nearly that many types of timing signals. The simplest option is a set of colored cardboard cards, like the Toastmasters Timing Cards. Some clubs have literal flags, made from painted dowels and colored felt, which the timer waves wildly in the air and then displays in a wooden stand.

(Editor’s note: Some members or guests may have a form of color blindness, which means they have difficulty distinguishing the standard green, yellow, and red timer cards. You could label the cards with the name of the color or use large black letters, “G, Y, and R.”)

Armed with your toolkit, you are their greatest ally in their race against the clock.

If you’re looking for something glitzier, an internet search will reveal a world of possibilities: traditional tabletop stoplights; non-traditional tri-color light boards; customizable colored bulbs controlled by app or remote control … The list goes on. Virtual meetings have inspired even more creative timing signals, including objects around the house. Post-It Notes don’t come in grass green, banana yellow, and apple red, but they do come in fluorescent lime, high-vis yellow, and neon pink. Colored building blocks or markers, when held close to the webcam, also work well. And if your meeting is on Zoom, try one of Toastmasters’ Timer Backgrounds, which are translated into 11 languages including English. You’ll give new meaning to the term “green screen.”

Challenge: Create a timing device for your club—as simple or as elaborate as you’d like. Bonus points if it can be used virtually, too!


Clock. The timer needs a timer. These days, a mobile phone usually serves that purpose. Whether it’s the default clock app or the timer feature on the Toastmasters International app, the humble smartphone is the most common timing device in use around the world. However, rare sightings of actual stopwatches have been reported.

Many signaling devices have timing functionality built in. You can program in the speech time limits, and the signal will display the appropriate color at the appropriate time. Then you can condense your toolkit from three items down to two!

Challenge: With many meetings going virtual, why not shake things up a bit and go analog? Try a clock or a wristwatch with a second hand. You’ll need to do a bit of math, so you’ll get an extra boost of brainpower from the practice!

One of the most important lessons that Toastmasters teaches us is how to convey a clear message within an allocated time frame. When you serve as timer of the meeting, you play a fundamental role in helping fellow club members master this skill. Armed with your toolkit, you are their greatest ally in their race against the clock.

Megan Preston Meyer is a member of TM International Club Zug in Zug, Switzerland, and a regular contributor to the Toastmaster magazine. She is the author of Supply Jane Adventures. Learn more at www.supplyjane.com. 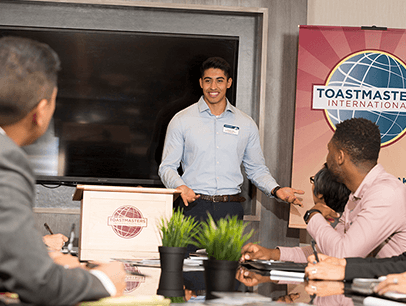 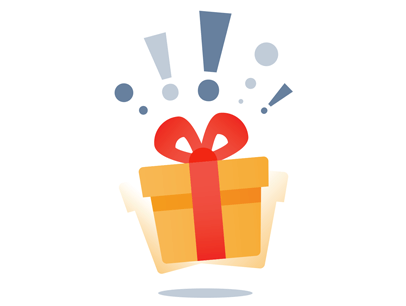 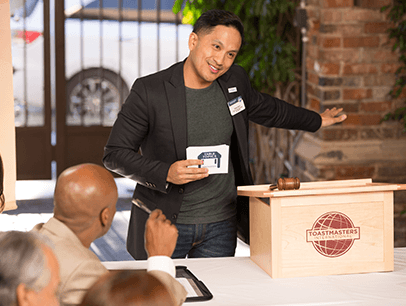 Tips and tricks for becoming a better Table Topics speaker.

Serving in a Club Meeting Role? Try These Online Resources