When the pandemic began in early 2020, the Dynamically Speaking Club in Lethbridge, Alberta, Canada, faced an interesting dilemma.

“We went from 24 members just before COVID to having 55 members now,” says Freddi Dogterom, DTM. With so many members, the club needed to determine how to have enough speaking slots.

A Speakathon (or Speech-a-thon, Speech Marathon, or Speak-out) is a Toastmasters meeting dedicated primarily to prepared speeches and evaluations. Its purpose is to enable more members to give more speeches. It opens up new speaking slots.

Dogterom says that Dynamically Speaking holds Speakathons at its regular Thursday morning meetings about four times a year. The club also hosts “value added” meetings two Monday nights a month: one devoted entirely to speeches and evaluations, the other to Table Topics®.

“We had to figure out how to best serve our members’ needs,” says Dogterom, an Accredited Speaker. She adds that each member in their club, new or experienced, has a mentor. “We also record every speech and send it to the members so they can learn from it.”

Helping members complete their education goals before June 30, the end of the Toastmasters program year, is a primary reason for conducting most Speakathons. Paul O’Mahony is President of Toastmasters4Golf (T4G) in Cork, County Cork, Ireland. The club, which meets online, organized a Speakathon last June.

“We wanted to help people complete projects and help our club gain education points on the Distinguished Club [Program],” says O’Mahony, also Vice President Education of Blarney Club in Blarney, County Cork. “We also wanted to raise the profile of our club by opening the Speakathon to members of any club in the world.”

The T4G club is also planning an “evaluate-a-thon” this year, which will feature one speech (about golf) and as many evaluations as possible.

“[Speakathons] offer the perfect venue to keep members engaged so they do not lose momentum and leave the club.”

Speakathons, which may be held in person, online, or in a hybrid format, can only be organized at the club level. But more than one club can be involved: Two or more (from any District) can team up to organize such a program, and members of clubs other than the host club or clubs may be invited to attend and take on meeting roles.

Besides the practical benefit of a Speakathon, there’s another component as well, says Paul Arnhold, DTM, of The Morning Cup Toastmasters in Maryville, Tennessee. “It’s just plain fun to do,” he says. “It adds variety to a meeting.”

Clubs should probably do them more often, he adds, because the event “offers the perfect venue to keep members engaged so they do not lose momentum and leave the club.”

Arnhold also suggests that clubs offer a twist to a traditional Speakathon.

“We have offered pro/con speeches, themes, and a speechwriting workshop,” Arnhold notes. “We wanted to offer opportunities to share with non-Toastmasters some of the fun things we do. What a great excuse to personally invite someone to a Speakathon!”

Since 2013, the Top Triangle Toastmasters in Morrisville, North Carolina, has hosted a Summer Speech Spectacular, in which members from throughout District 117 are invited to participate in a Speakathon. Mike Eckardt, DTM, a charter member of Top Triangle, says that most of the club members have at some point been District officers.

Since the pandemic, the Summer Speech Spectacular (also known as S3) has been a morning-only event held online in September. But prior to the pandemic, it was an all-day event in August and designed like a collegiate debate tournament: four rooms available for speakers and evaluators, with one meeting Toastmaster and a timer in each room, and three rounds of speeches, each round typically featuring four or five speakers.

Eckardt says many members begin working on their Pathways levels specifically for S3. “It puts the idea in their head to get that level finished and to start at the beginning of the year,” he says. The Top Triangle Toastmasters also hosts a Table Topics marathon each year.

When clubs hold these speech-stuffed sessions, it is important to be cognizant of time constraints, just as in a regular meeting. “The Toastmaster needs to keep everything running smoothly,” says Eckardt. “This is a good event to learn to develop those Toastmasters skills.”

Timing is particularly key when members give a longer speech. “The club needs to determine the needs of the speaker and adjust the event accordingly,” says Dogterom, the Canadian Accredited Speaker.

Speakathons are a valuable aspect of the club experience. “They serve a good purpose for both larger and smaller clubs,” says Dogterom. “They don’t take away from a meeting—they add to it.” 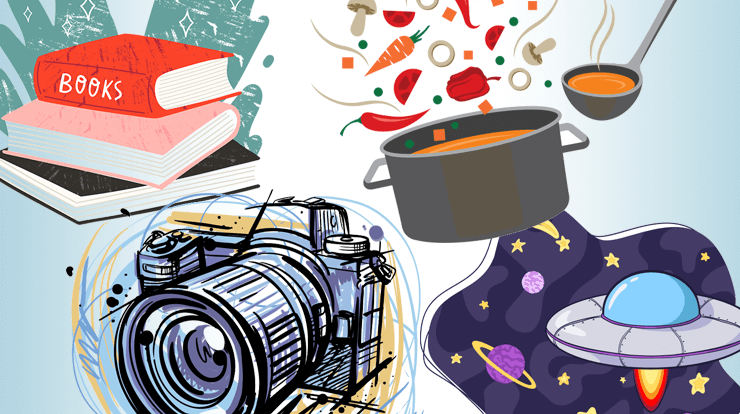 Members find a creative outlet through specialty-themed clubs around the world.

Pump up your performance to motivate attendees.

The Theme of Today’s Meeting Is …

Add a spark to your sessions with a unifying topic.

Clubs organizing Speakathons should keep the following in mind:

Information about Toastmasters Speakathons are in the governing documents under Protocol 2.3: Club Programs and Events.