Members find a creative outlet through specialty-themed clubs around the world.


Click play to hear the hosts of The Toastmasters Podcast speak with Toastmaster and author Megan Preston Meyer on how members are finding creative outlets through specialty clubs. You already know that Toastmasters helps you become a better speaker and leader; you may not know that it can also help you become a better photographer or chef. Clubs with a special area of focus provide opportunities for like-minded members to broaden their skills and further their particular passions, from business books to science fiction, from photography to food.

The following four uniquely themed clubs put their own special spin on the Toastmasters experience. Toastmasters in the Kitchen

Toastmasters in the Kitchen is an online club that caters to foodies. Members gather virtually on Sunday afternoons to watch live cooking demonstrations and hear food-related speeches, and the club’s culinary focus is woven throughout every element of the agenda.

Each meeting has a topic; recent themes have included “Oodles and Oodles of Noodles,” “Comfort Food,” and “Cookbook Extravaganza!” The club has relabeled the traditional meeting roles: Members are welcomed by the Maître D’ (the presiding officer), who then hands over to the Head Chef (the Toastmaster of the day) to introduce the rest of the kitchen team. Chefs deliver speeches, which are then evaluated by the Master Food Critic and a team of Food Critics. The Inspector performs the Ah-Counter and grammarian roles, “… and our timer is an egg timer,” adds Club President Vanessa Lindeberg, DTM.

Toastmasters in the Kitchen is registered in Las Vegas, Nevada, but the club’s virtual format attracts members from far and wide. Cathleen Barry, DTM, logs in from Lincoln, Nebraska. “I saw the advertisements for this club and I thought, I love to cook. This is right where I need to be!” Other members come from across the United States, as well as Canada and Japan, and the club regularly welcomes international guests.

As the name suggests, the club’s activities actually do take place in kitchens. The highlight of each meeting is the live cooking demonstration. “Our club specializes in the demonstration speech,” says club sponsor and Vice President Education Larry Johnson. “It’s a very complicated speech: You have two cameras on you, you are cooking, and you have to speak at the same time.” And that doesn’t mean just blandly reciting a recipe. “Often, during the demonstration, there are quiet moments—but in an excellent demo speech, you’re actually telling a story during those quiet moments.” Those stories, coupled with the multicamera view, provide members a chance to practice both visual and verbal communication. “The only thing we’re missing is Smell-O-Vision,” laughs Vice President Membership Louise Houdelette, DTM.

Because the club draws members from different countries, cultures, and culinary backgrounds, the cooking demonstrations are rich and diverse.

Because the club draws members from different countries, cultures, and culinary backgrounds, the cooking demonstrations are rich and diverse. The club has had demos on how to properly prepare Japanese sticky rice, bake with gluten-free ingredients, and put together a traditional Passover meal.

Michael Lamont, Vice President Public Relations, sums up Toastmasters in the Kitchen’s approach: “It’s learning about presentations, it’s learning about food, and because of it being international, we’re getting a lot of different [perspectives]. It’s really educational.” Lindeberg agrees. “It’s traditional—still Toastmasters—but we add in that cooking bit, and have a lot of fun with it.” It sounds like the club has found the recipe for success.

Lensmasters, in Costa Mesa, California, is a specialty club focused on photography. It was started a decade ago by a group of avid photographers who wanted to improve their communication skills. “We’ve always been interested in photography,” says founding member and Treasurer Gary Olive, so they decided to combine that interest “with the Toastmasters format—with the timing, the instruction, and the growth.”

Lensmasters meetings look similar to other Toastmasters meetings, but with a twist. “We have the same basic agenda, but we do Table Topics very differently,” explains Club President Lynn Gazis. The activity is centered on a photography-related theme, she says; past themes have included high-contrast photography, camera phone pictures, and wetlands photos. “Members submit photographs [in advance], those photographs are put into a slide show presentation, and those are what the Table Topics speakers talk about.”

Photos are presented anonymously, and the Topicsmaster asks the speaker to offer a critique. Since the club includes members with all levels of photography experience, from professional photographers to amateur aficionados, critiques aren’t always focused purely on technique; speakers may also describe how a photograph affects them emotionally. “Some of [the feedback is] combined, a reaction, maybe a little background on what they see in the photo, with a technical appreciation of the photo,” says Vice President Education Joel Sax, DTM. “When I give a critique, I try to point out the strong points of a photo and what it echoes out of the culture, as well as what needs to be improved.”

There is another specialized item on Lensmasters’ meeting agendas, as well, says Gazis. “There will be a ‘Photo Educational’ in preparation for the next theme, where the person who will be Table Topicsmaster next time will give a few tips” on the photo type or technique to be featured in the following meeting. Despite the emphasis on photography, Lensmasters is still very much a Toastmasters club. Members work their way through the Pathways curriculum, and although there’s no strict requirement to prepare projects that relate to photography, they do “attempt to emphasize visual aids or other enhancements,” says Dee. Fairly recently, in a galaxy nearby, a committed group of sci-fi and fantasy fans formed a Toastmasters group and began meeting online. So begins one of Worlds of Wonder Toastmasters’ publicity posts, and you can almost hear the epic introduction music playing. That “committed group of fans” includes Bill Zain and Mike O’Neil, the club’s co-sponsors. “Mike contacted me to explore the idea. He knows that I love science fiction,” recalls Zain. “We started inviting people,” and the rest is history. The club, which is in the process of chartering, meets weekly to improve leadership and communication skills while discussing books, movies, and television shows in the science fiction and fantasy genres.

Each weekly meeting has a theme; members and guests hear speeches and respond to Table Topics questions about time travel, superheroes and villains, medieval fantasy, or alien contact. In addition to traditional Toastmasters speeches, the club encourages members to present book reviews of their favorite sci-fi titles. “We also open it up to writers and authors if somebody would like to talk about a work that they have in progress or that they’ve already done,” O’Neil says. The club already counts one published author among its participants: Paul Preuss, co-author of Arthur C. Clarke’s Venus Prime, who started his career as a scientific writer before turning to fiction.

The club doesn’t limit reviews to books, however. “We’re starting to promote B-movie reviews,” says O’Neil, “those movies that are so bad they’re good. We did Attack of the Killer Tomatoes. Before that, we did a real gem of a B-movie from the early 1950s called Robot Monster, which is generally regarded as one of the worst movies ever made.”

Worlds of Wonder started during the pandemic and has embraced the online-only format. The virtual setting is fitting for a club dedicated to science fiction and fantasy, and provides additional opportunities to engage with the meeting’s theme. The club often features visual—even animated—Table Topics, using images and GIFs as prompts, and encourages the use of virtual backgrounds. “People have fun with the backgrounds,” says Zain, speaking in front of a bleak alien landscape featuring a giant moon and a UFO.

“In the long run, we are considering going hybrid,” says O’Neil, with a futuristic underwater city in the background, “but we always want to keep the online component because of the possible global reach.” Zain agrees. “We already have a few members who join from faraway places like Japan and Spain.” As a young, growing club, Worlds of Wonder Toastmasters hopes to attract members from around the world—and maybe even beyond. “Not all readers are leaders, but all leaders are readers.” That quote from former United States President Harry S. Truman welcomes visitors to the website of Readership Toastmasters in Brooklyn Center, Minnesota, and sums up the club’s perspective.

The club’s name—and format—is a combination of “reading” and “leadership.” Founding member Diane Windingland, DTM, started the club in 2017. Toastmasters empowers people to become better communicators and better leaders, she remembers thinking. What better way [to do that] than reading, talking about, and discussing leadership books? Each monthly meeting is focused on a particular book. Members suggest titles each spring, which are then scheduled for the entire year. Since prepared speeches relate to the book selection, “we plan out the main speakers for the entire year,” says Windingland. “As time goes on, things may have to be adjusted,” she adds, but the advanced book planning still makes her role as Vice President Education easier.

Selected books focus on leadership and cover a wide range of topics, from productivity to empathy to influence. “I like autobiographies or biographies the best,” says Windingland. “My favorite book so far was an autobiography: Shoe Dog by Phil Knight [the founder of Nike]. It just was so interesting.”

Unlike a traditional book club, the book sets the tone for the meeting rather than being the sole topic of conversation. “We have three speeches and an interesting variation of Table Topics related to the book’s theme,” Windingland explains. Using the breakout room feature on Zoom, members split into groups of two or three people. “The Topicsmaster has discussion questions for each breakout room related to the book,” Windingland says. “After the discussion time, we come back together, and each group’s representative talks for one to two minutes about their question.” This way, “even if someone hasn’t read the book, they still get to participate in the discussion of the concept.” This ensures that members and guests leave the meeting having learned the leadership lessons from Readership’s monthly book selection—and having benefited from Toastmasters’ focus on communication, as well.

Megan Preston Meyer is a member of TM International Club Zug in Zug, Switzerland, and a regular contributor to the Toastmaster magazine. She is the author of the Supply Jane and Fifo Adventures. Learn more at www.supply-jane.com.
Next Article 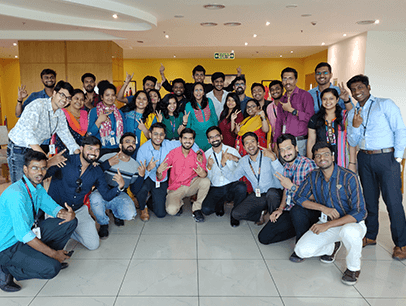 Ask these five questions to make sure your club is meeting members’ needs. 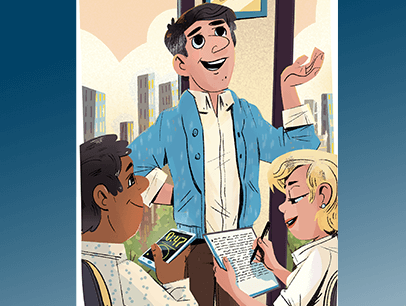 Help members of all abilities actively participate in your club.