The Many Sides of Leadership

Make an impact whether you’re a club officer or not. As leaders we’re accustomed to answering questions, resolving conflicts, and moving forward. However, I believe the most important question is, “How can I best serve others?” I regularly ask myself how I can best serve those I’m leading. Without knowing what’s important to people, it’s nearly impossible to help them achieve their goals.

It’s easy to think that leadership in Toastmasters is all about the Club President and officers. Have you ever considered that leadership involves every member? Every time a member speaks, they are leading the thoughts and emotions of the club, and that influences everyone and shapes the club’s culture.

Whether we are club officers or new members, all of us are involved in leadership development. There’s a hidden benefit of being in tune with the needs of our club members. We actually develop the most important qualities of a great leader—integrity, empathy, humility, resilience, vision, influence, and positivity.

I discovered the power of influence during a club meeting. I felt the energy and morale sink when people confirmed their roles for the next meeting. Members answered with a listless, “Yeah, I’ll speak,” or “Well, I guess so, if nobody else wants to.” Sitting there I thought, These are brilliant people! What happened to the great meeting we just had? And, what a letdown this must be for guests. My fellow members didn’t realize how confirming their roles sounded more like a dreaded assignment than an opportunity to fulfill their goals.

When asked if I would be the grammarian, I answered with a resounding, “Yes! That’ll be great!” People were surprised by my enthusiasm. When the members after me were asked to confirm their roles, they responded with more life in their voices. As if they were saying, “I want to play a part in the fun too.”

Within a few weeks the energy level improved. What I didn’t expect was the far-reaching effect of my enthusiasm. Over the next few months, the quality of the speeches improved, there was more laughter, and the members who had previously avoided challenging roles now accepted them. At the time I didn’t hold a leadership position in the club. I simply wanted our meetings to be more enjoyable, and look what happened. Remember, every Toastmaster is a leader at some point in their journey.

Whether we are club officers or new members, all of us are involved in leadership development.

Toastmasters, like all people, respond to encouragement and positive support, especially when it’s delivered in a way that’s meaningful to them. When evaluating a speech, a balance of positive comments and suggestions for improvement is expected. What’s unexpected, and much appreciated, is positive encouragement during a casual conversation.

I pay close attention to people’s emotions and what they say, and if they happen to express doubt or uncertainty, I remind them of their past success; I compliment them on a skill. Giving a fellow member a sincere compliment or encouragement when it’s not expected is especially important in building their self-confidence. It lets them know you’re paying attention, and that you value them.

For example, a member once told me, “I don’t know what to write about for my next speech,” I reminded her of the brilliant Table Topics answer she gave a few weeks ago. She was surprised I remembered what she said and that her response had such a lasting effect. I suggested that she already had a great idea. All she needed to do was expand the subject, add a story or two, and create a smooth opening and conclusion.

Giving wholeheartedly to the people we serve develops mindfulness, self-awareness, and compassion in a very natural way, which creates an environment of inclusiveness and belonging. These qualities are the hallmarks of great leadership. The more we practice them, the more they are reflected and adopted by all club members.

Our leadership journey is never ending, because we are always developing, but the destination remains in sight because it is realized in the success of our fellow members.

Michael Chojnacki, DTM is a presentation and leadership coach who teaches people to reduce stress and find a greater sense of belonging. He has been a Toastmaster since 2003 and is a former member of Surf City Advanced Toastmasters in Scotts Valley, California. 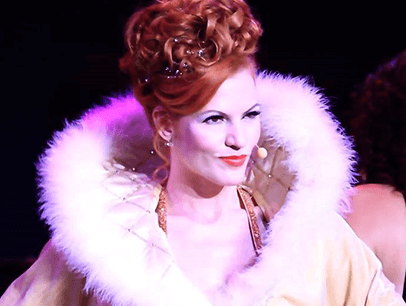 Lifting the Curtain on Leadership Success

Performing new roles in Toastmasters made me a better actress and entrepreneur. 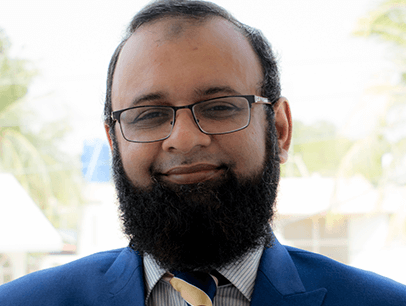 Foster a sense of belonging that leads to club vitality and enthusiastic renewals.