How some members are using virtual reality technology to improve communication skills. It’s common to hear Toastmasters use the word “virtual” to describe Zoom events and meetings. However, a growing type of virtual gathering takes virtual to the next level—virtual reality or VR.

Some pioneering Toastmasters are using this digital realm to improve their speaking and communication skills in new and imaginative settings for meetings and presentations.

Even Toastmasters International President Margaret Page, DTM, is excited about the varied opportunities virtual reality presents. “I love learning about innovation and how it will affect business, life, and of course, Toastmasters,” says Page.

Click play to hear the hosts of  The Toastmasters Podcast discuss the future of virtual reality with VR enthusiasts Melanie Stark and Roberto DaCosta.

What Is Virtual Reality?

Virtual reality is an immersive digital experience. A headset obscures your physical environment and transports you to a new world. Pixels arranged into angles, shapes, lights, and shadows conspire to trick the senses, giving you the experience of “being” somewhere else. You can look or move in any direction and experience the world in 360 degrees.

VR frequently uses spatial audio, meaning the volume dynamically changes. Walk toward an avatar speaking, and their voice gets louder. Turn your head or walk away and it gets softer. Handheld controllers deliver tactile sensations through vibration. Accessories like haptic suits—wearable devices that vibrate and pulsate—add to the visceral impact of music and gameplay.

So how does communication play into all this?

As gear becomes increasingly affordable, more individuals and companies are discovering VR. A host of apps like AltspaceVR, Spatial, Engage, Glue, Arthur, Immersed, and Horizon Workrooms allow groups to meet in a common virtual environment and collaborate inside that world with screen sharing, virtual whiteboards, and sticky notes. Users can import presentation slides, files, and videos to share with other users. Some platforms allow non-VR users to join from a computer or tablet, allowing them 2D access while displaying their video feed to the participants in the VR world.

Perhaps the biggest limitation in VR today involves the minimal facial expressions of avatars. Apps often compensate for this through emojis. Meanwhile, companies are developing headsets with cameras to detect the user’s facial expressions and eye movements and display them on the avatar in real-time.


How Can Toastmasters Use VR?

Some VR apps are specifically designed to help hone public speaking and other communication skills. For example, Ovation and VirtualSpeech allow users to deliver speeches in various environments before a simulated audience. These apps incorporate artificial intelligence to evaluate the speaker’s performance and provide instant feedback.

Perhaps an even more exciting use for Toastmasters involves opportunities to practice presentations in front of a “live” audience of other VR users.

Whether practicing alone or among others in virtual reality, you benefit. Psychologist Cheryl Mathews has researched and studied public speaking anxiety disorder and social anxiety for over 30 years. She explains that skills practiced in VR can translate to improvement in real life. “Your brain cannot tell the difference between a real experience and a virtual reality experience. So when you practice an anxious situation using virtual reality, your brain thinks you are practicing in real life,” says Mathews.

Melanie Stark is a member of Speaking Machine and Laugh-A-Lot Toastmasters clubs, both in Elk Grove, California. During quarantine, she purchased a VR headset expecting it would be a fun way to entertain her family with video games. She discovered so much more.

“A whole new world opened up when I discovered social VR,” she says, referring to apps like AltspaceVR that allow users to interact with each other. “After weeks of isolation, AltspaceVR gave me a safe, contactless opportunity to be with people in a whole new way. It’s a unique experience every time, and I’ve met some amazing people from various countries.”

For those who are highly nervous interacting with others in person, social VR could be an effective way to build up a comfort level that can then transfer over to in-person settings.

“We meet together in amazing environments the club could never afford to travel to or rent in real life.”

Stark, who has hosted events in AltspaceVR to talk about Toastmasters, even introduced International President Page to VR.

“Virtual reality provides new educational and training opportunities not available in the real world,” says Page. “For example, students can study geometry in VR, bringing to life abstract concepts as they interact with shapes, angles, lines, rays, and so on. Or imagine giving a virtual ‘hands-on,’ sting-free presentation to teach beekeeping. The possibilities are limitless.” In AltspaceVR, users create a customized cartoonish avatar comprising a head, torso, and free-floating hands. They can choose from a variety of clothing, hairstyles, eye and mouth shapes, skin color, and more. Some users choose to create avatars that look like themselves, while others may choose a fresh look. Stark’s avatar has bright pink skin. “Because I could!” she explains with enthusiasm.


Bringing VR to the Club

Katashi Ishihara is Vice President Education for Storytelling Toastmasters in Tokyo, Japan, and an engineer and business/life coach. He bought his first VR headset last year and introduced the technology to his District through an experiential workshop at its annual conference. About half the members of his club now have VR headsets, and occasionally host VR meetings on Spatial. Unlike the cartoonish avatars of AltspaceVR, Spatial generates avatars with photo-realistic faces of the users. Non-VR users can take part with video through the desktop or mobile version of the app.

“We meet together in amazing environments the club could never afford to travel to or rent in real life. We’ll do Table Topics® around a campfire under the stars, and then can jump to an ultra-modern theater for speeches.”

The club recommends providing VR training outside the meeting, allowing the opportunity to test out the gear and controls. A Facebook group extends the VR-focused conversation, providing tips and suggestions, and offering support to newer users.

Ishihara predicts VR will explode in popularity within the next five years. Learning to communicate in VR now will provide a competitive advantage when it becomes as ubiquitous as Zoom.

Beyond career development, he cites another compelling reason to try VR. “When the pandemic hit, not everyone embraced Zoom. Unfortunately, those who did not missed an amazing opportunity to connect not only with their club members, but with members from around the world. VR offers new opportunities to connect with people across geographic boundaries, in striking environments.”

New York City entrepreneur and web designer Roberto DaCosta bought a VR headset to fulfill a childhood dream of entering the worlds of the video games he played growing up. Convinced of VR’s future growth, he started a VR-based business, CONINVR (short for Connections In VR).

Through CONINVR, DaCosta hosts VR Networking, a free weekly VR-based business networking group that meets in AltspaceVR. He also puts on a free monthly virtual trade show for businesses. He says participants walk away from these events with new business, referrals, and valuable connections. “Success stories happen every week,” he says.

DaCosta also believes virtual networking provides a level of additional safety that helps people who are anxious or self-conscious gain experience expressing themselves.

While VR is expected to grow in popularity, it’s unlikely to replace in-person interactions. However, it can supplement them. Stark sums it up well. “While I love virtual reality, I wouldn’t say it’s better or worse than meeting in person or on Zoom. It’s just different.”

And the only way to fully appreciate the difference is to experience it for yourself.

Ryan Levesque, DTM is a writer based in Massachusetts, and a co-host of the Toastmasters Podcast. Find him on LinkedIn and at WordsOnChain.com. 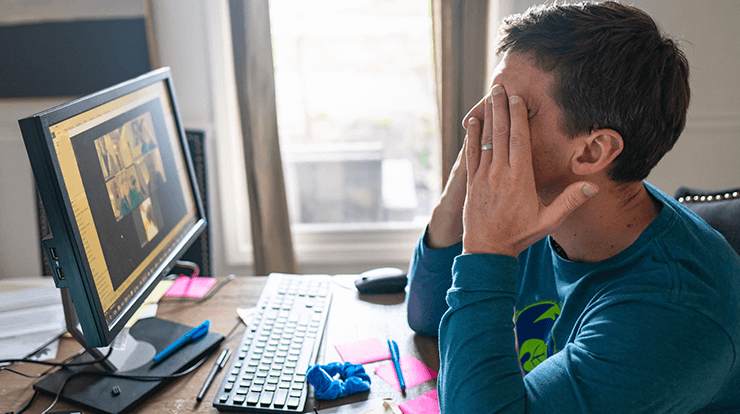 Keep your online meetings fresh by shaking things up. 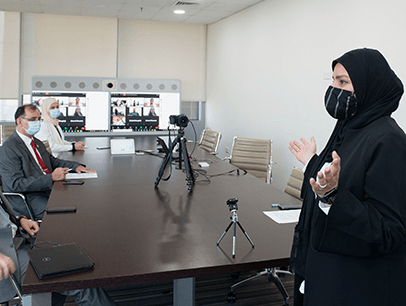 Build the bridge between online and physical meetings with the right setup. 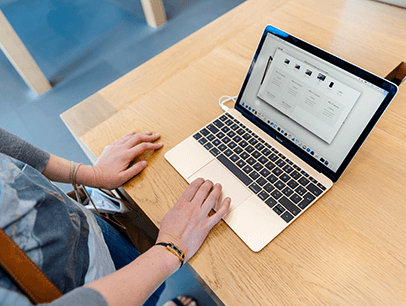