Speaking Up to Change Lives

A member’s journey from poverty to finding her voice. 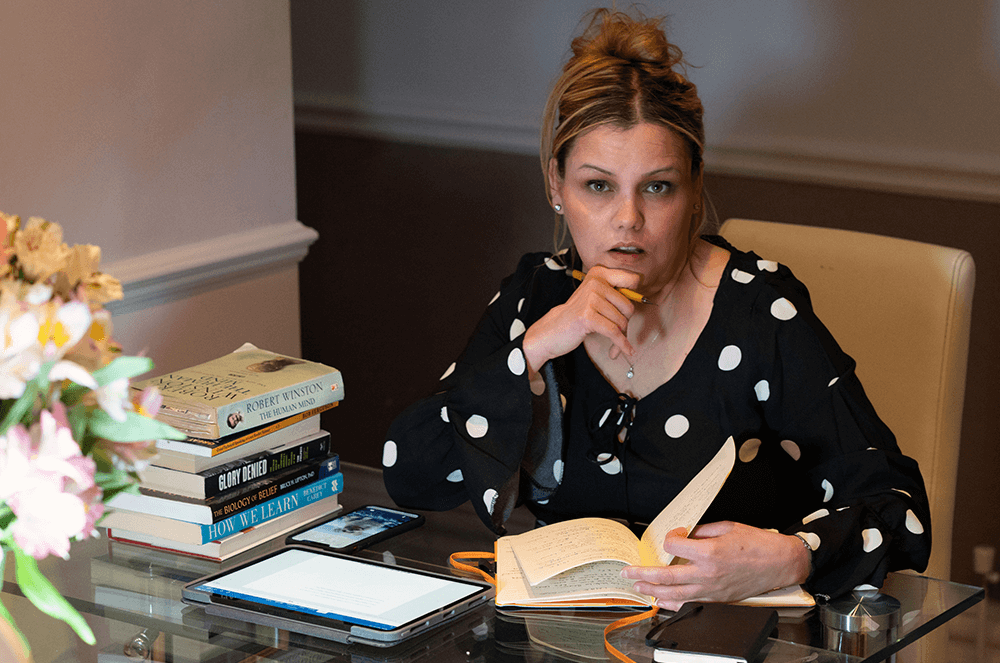 Gaining the courage to speak in public can be life-changing for Toastmasters. For Jillian Haslam, DTM, it was not just life-changing; in many ways it was life-saving. Speaking up helped her leave a life of wretched poverty in a land where she barely belonged and barely survived. Eventually it became her path to help the lives of those in India who suffer now as she did as a child.

Haslam was born and primarily raised in Calcutta, the daughter of British parents who were born in India when it was part of the British Empire and chose to stay after the country gained its independence in August 1947. The family lived in poverty against the backdrop of unrest and violence after the partition of India and Pakistan.

Her family was loving but lacked stability, and much of her childhood was spent homeless, with family members often separated from one another when they couldn’t find or afford sufficient space for parents and children to all live together. Even when they were together, tragedy was never far. The family lost four out of the 10 children born to her parents to illness or malnutrition. It began to seem almost commonplace to Haslam.

The stress of chronic poverty was compounded by abuse she endured at the hands of a woman who took Haslam and her sister in for a time; to discipline Haslam, she locked her in a small outhouse swarming with large cockroaches. Terror became part of ordinary life. In her autobiography, A Voice Out of Poverty, Haslam describes how her family fled in the middle of the night after being warned that gang members were planning to kidnap her older sister.

Her childhood took its toll. After years of suffering and deprivation, as a teenager she developed episodes where she was unable to speak and would at times suffer bouts of dizziness and fall to the ground. She was never evaluated for the spells, but they kept her from leading a functional life, and from caring for her siblings. But as yet another sister was on the verge of dying, Haslam pushed through and found her voice.

“I ran to a tea shop with a little bowl and begged them to please just give me some milk to save my sister’s life,” recounts Haslam, a Toastmaster since 2010. “That was the very first time I understood that if I use my voice, if I could try to find the will to speak up, I would get some help …. [The tea shop owner] gave me the milk and every day I would go back with my bowl and beg him for that milk.”

Eventually, she was able to move out of that life of incessant poverty. After finishing high school, Haslam moved to Delhi, to live with her sister and enroll in a secretarial course. She saw a help wanted ad for assistant to the CEO of Bank of America and applied for it. She never imagined she would get the job, but out of over 200 applicants, she was chosen. However, the more Haslam succeeded, the more her mind returned to thoughts of poverty-stricken children and families in India. As she writes in her book:

The more poverty and devastation I saw in the streets, the more my personal world recalibrated each day, and how I saw myself changed as well. Day by day, what was becoming most important to me, what began to define me and my moral code, was steadily transforming.

“Every single weekend I used to go out to the homes of the dying and the destitute, to the lepers, to the poor, to anyone I could find,” she says. “I would just want to be with the poor.”

Initially, she did the work of providing food, clothing, toys, and other supplies, along with general comfort and companionship, on her own. After seeing her dedication, her boss at Bank of America promoted her and made her president of the bank’s Charity and Diversity Network. In this position, she was able to assemble a team to accompany her on visits to those in need.

When her boss transferred to an office in the United States, she chose to move to the United Kingdom, essentially reversing the decision her father had made years before to remain in India. While working as a personal assistant at a Dutch bank in England, she began taking steps toward her long-term goal of starting a business that would enable people to lead more successful lives. She took online classes offered through her employer and enrolled in professional training courses, earning a certification in coaching and mentoring, and becoming a professional corporate trainer. The more presentations she did, the more she realized that to have the most impact, she would have to transition to the big stage—which meant vanquishing her fear of public speaking for good.

A woman she worked with told her about Toastmasters, and she was intrigued, particularly by the organization’s tagline, “Where Leaders Are Made.” Leadership being her bailiwick, she attended her first meeting soon after.

“I could not have got rid of this fear [of speaking],” she says. “That wouldn’t be possible without Toastmasters.”

Haslam founded a charitable organization, Remedia Trust. Under its auspices, she now runs multiple charities: Ageing Smiles (for the elderly poor), Happy Hearts (for children), Empowering Girls (for teaching work skills), India’s Disabled (for building a mobile medical unit), E3 Growth (focused on education, empowerment, and employability), and the Mother Teresa Project (for women and single mothers). She is especially proud of the services provided to girls and young women from impoverished backgrounds.

“[Remedia] takes the little ones and educates them, and then we have skill-training schools,” Haslam explains. “We have all of these different centers where we train them and give them a skill and get them out to work.”

Talking about this charitable work, she recalls a larger-than-life role model she met as a child in Calcutta. Every Friday, the Sisters of Charity came to the slums where her family lived to give out bags with clothes, powdered milk, and cookies.

“One day I met Mother Teresa there,” she says. “She used to come and check up on all her [charity] branches. I felt so great and so inspired with what she was doing for the poor that I just wanted to do that.”

Haslam is a member of The Write Toastmasters Club in Moate, Ireland, and Hertfordshire Speakers Club, based in Hatfield, England. Hertfordshire’s Vice President Membership, Elizabeth Jordan, DTM, has known Haslam for 10 years and has always been an admirer of hers.

“Jillian is humble and modest,” Jordan says. “Despite a poverty-driven life, she didn’t grow up with anger or hatred. Jillian can not only recite the Toastmasters values—integrity, respect, service, and excellence—she lives the values.”

She brings those values to bear on both her professional life and her philanthropy. She has never forgotten the days when she begged for milk to save her sister. She has never forgotten her parents’ faces each time they lost a child. Most of all, she will never forget the lesson she learned when she finally stopped falling to the ground, stood up straight, and made her voice heard. She makes sure the girls in her Remedia Trust programs learn it too.

“Everything starts with public speaking. That’s what I teach them—to find their voices,” Haslam says. “They come in with their heads down; they won’t even look up at you. Now they’re going and opening other branches [of Remedia Trust] and delivering speeches. For me that is just a dream come true.”

Want to hear Jillian Haslam speak? In this TED Talk, she provides greater insight and new depth into finding one's voice to make a lasting impact on the world. 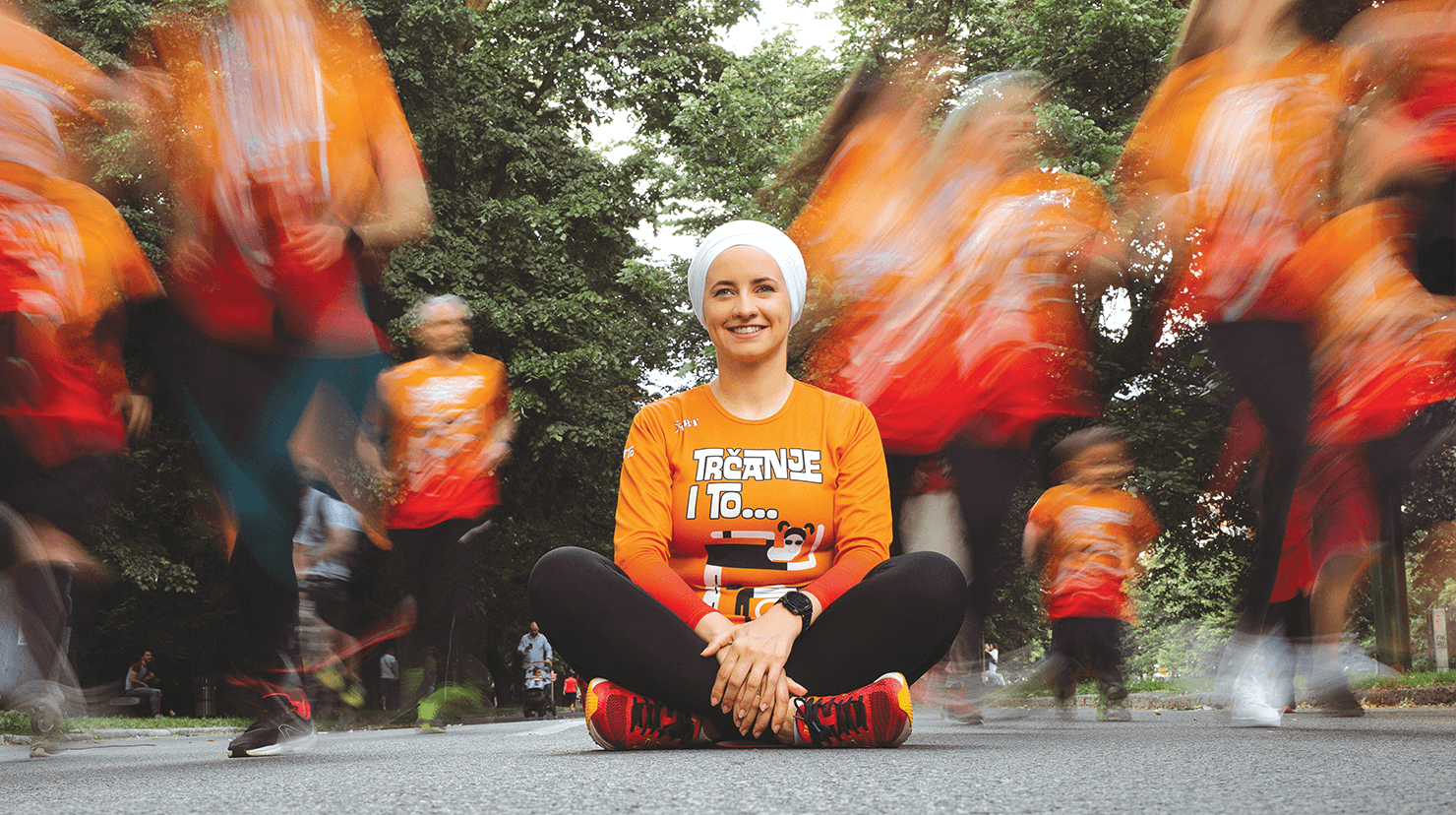 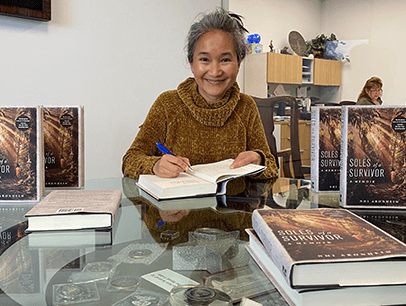