How the Youth Leadership Program helped kids in Canada evaluate themselves—and each other.

In schools, workplaces, and even in informal interactions, we often face giving or receiving some form of evaluation. Evaluations may seem daunting, as they are often interpreted as one-way judgments, but they do not have to be. While serving as a coordinator for an online Youth Leadership Program (YLP), I came to realize that collaboration and interpersonal communication are critical components in the evaluation process.

I jumped at the opportunity to be a YLP coordinator for homeschooled youth who were 11 to 12 years old. I was thrilled at the prospect of engaging with these young people and helping them develop communication and leadership skills, which I have learned and gained from my own positive experience at Speak With Style Toastmasters in Montreal, Quebec, Canada. Yet, I didn’t expect to learn how to make evaluations more palatable.

In the first four sessions of the program, I created agendas that were similar to what we have at standard Toastmasters meetings and urged the students to sign up as speakers, evaluators, or Table Topicsmasters. Students always came to the sessions prepared with their speeches and their Table Topics® questions, and I was amazed by their ability to organize their thoughts carefully in writing and articulate them in speech at such a young age.

However, I also noticed their struggle to provide feedback on the spot, even after my reminders about the sandwich technique—points of improvement sandwiched between observations for things the speakers did well and ways they can challenge themselves for next time. During the fourth session, in a group discussion, the students gave positive feedback about the program so far. I was relieved to hear that I was on the right track in supporting them as coordinator. However, as I reviewed the roles for the next session and asked if anyone would like to be an evaluator, no one raised their hand. I was flustered by the lack of enthusiasm and asked why. A student responded timidly, saying, “It is hard.” Upon further discussion, I discovered they found it hard because unlike a speech, an evaluation was not something they could prepare for in advance.

I was unsure how to make the evaluation process less intimidating for the students. While brainstorming, I came across a quote from martial arts legend Bruce Lee: “All knowledge ultimately means self-knowledge.” It inspired me to reflect on my personal experience at my own Toastmasters club. There, I enjoy giving and receiving evaluations, because they create an ongoing dialogue between me, my mentor, and Toastmasters peers. I came to realize that the interpersonal aspect of evaluating had been lacking in the YLP sessions. I redesigned the agenda so giving speeches and providing feedback became a two-way street and a collaborative process.

I was extremely proud of the students when they took notes diligently as their peers were speaking, helped each other by comparing notes, incorporated the sandwich technique in their evaluations, spoke more confidently, and were courteous when providing feedback. I knew I had better supported their learning experience when they became more proactive at volunteering to be evaluators for the remaining sessions.

In particular, I observed that youths have a natural affinity for interpersonal collaboration. And by reflecting on and drawing from experiences in which I improved my communication and leadership skills at Toastmasters, I discovered that creating a learning environment that is interactive, collaborative, and courteous is key to helping inspire our next generation of leaders.

Tzu-Wei (Joy) Tseng is a member of Speak With Style in Montreal, Quebec, Canada. 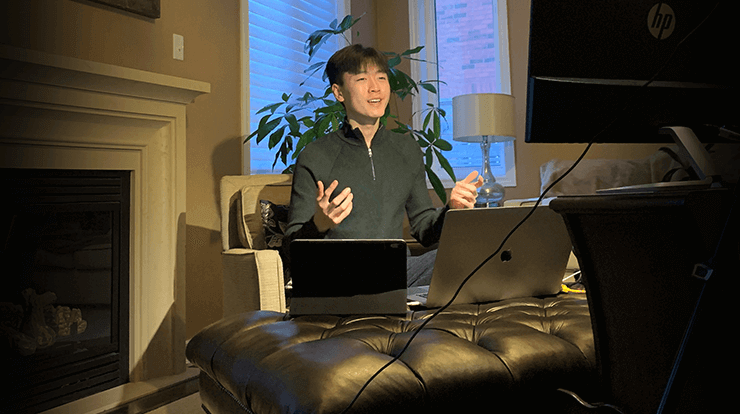