Why they’re important and how to get the most out of them. 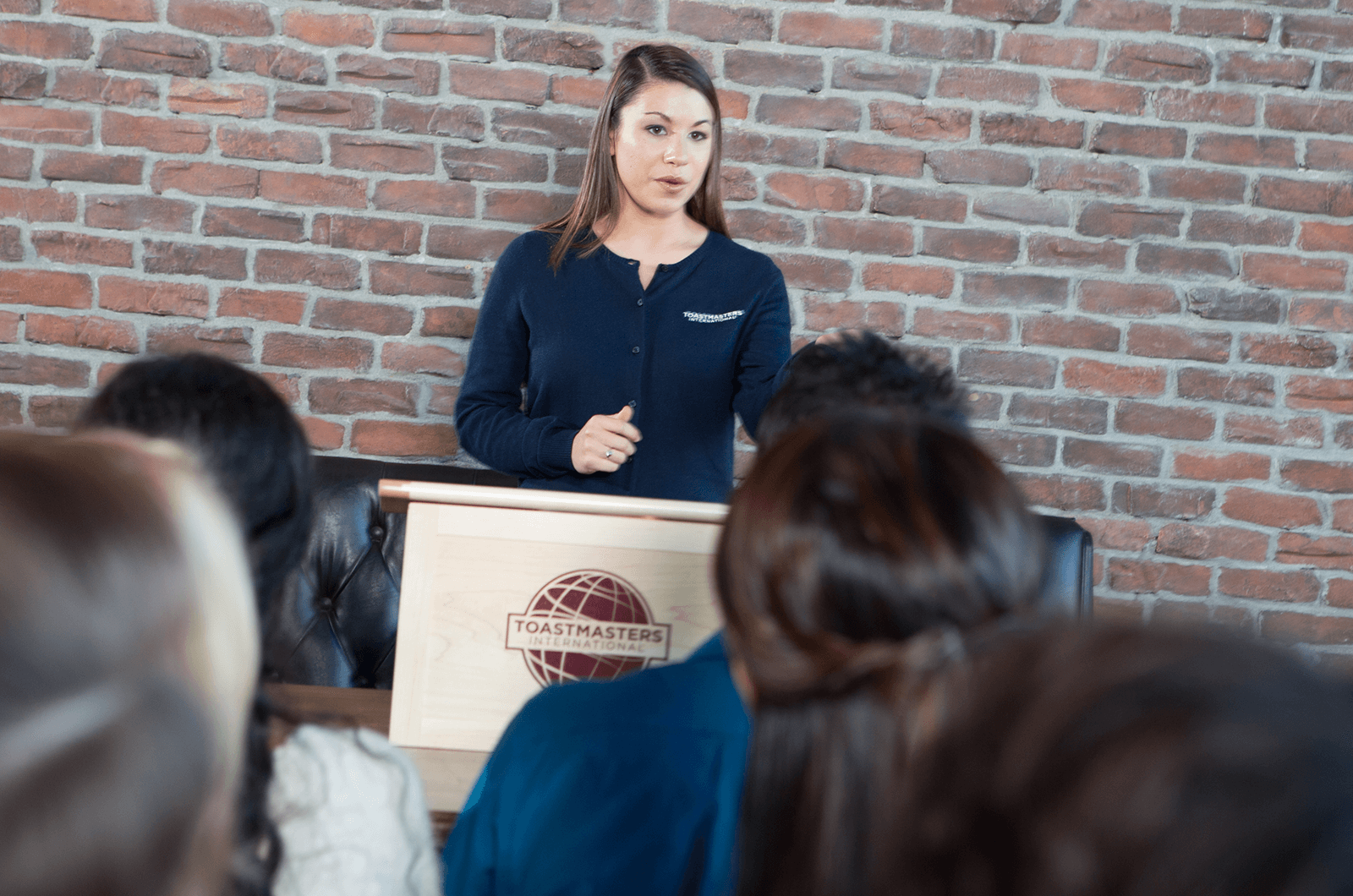 Area Directors have a crucial role in the Toastmasters organization. They have the most contact with clubs, and can make a real difference in clubs’ success by educating and encouraging leaders, sharing ideas, and solving problems. One of the position’s main jobs, in addition to club visits, is to hold Area Council meetings at least twice a year with their Area’s Club Presidents, Vice Presidents Education, and/or Vice Presidents Membership.

Districts that encourage these meetings tend to have the most Areas with the most successful clubs, more engaged members, and a higher Distinguished Club status. Not only do the meetings offer club leaders valuable information and guidance, they’re a great time for officers in Areas and clubs to network and share experiences.

“Area Council meetings are critical,” says Dawn Frail, DTM, of Caledon, Ontario, Canada, and Immediate Past District 60 Director. “The Area Director is the most important role, and the one thing they can do to make their job easier and their Area better is to hold those meetings.”

Area Directors (ADs) have their feet on the ground in terms of what is really happening in clubs—their challenges and struggles, what they’re succeeding at, and what they need help with. District Directors oversee an average of 142 clubs (with some overseeing more than 250), making it almost impossible to know the situation in each club. That’s where Areas are so helpful.

“Areas are the connection between the club and District,” explains Hassan Maghazel, DTM, of Riyadh, Saudi Arabia, former District 79 Director.

Area Council meetings are a safe place for club leaders to share their challenges, such as members who don’t regularly attend or aren’t signing up for Pathways, and to exchange ideas with each other.

“The Area Council brings together leaders in the same geographic area,” says Raj Kumar Bansal, DTM, of Bangalore, Karnataka, India, and Immediate Past District 92 Director. “Sometimes they really need a platform to meet other people in the same position.”

Finally, having a network of club leaders in your geographic area can be a huge asset at contest time. “You need judges, officials, guest speakers, location, etc.” says Frail. “You have all of those resources in place when you have that network/community.”

One of the challenges of Area Council meetings is getting people to attend. “People often have great intentions of doing something,” says Frail. “But then things come up, and it doesn’t happen. You want to make sure you add value to the meeting. It can’t just be a time to talk.”

Both District 79 and 92 encourage Area Directors to hold council meetings in conjunction with an event. For example, the first meeting can be held immediately following Club Officer Training in July. “They’re already there, and it’s just one hour,” says Bansal. “It’s more of a team-building time—a chance for officers to meet and greet and say hello, and share a bit about their clubs.”

Holding it right after the training allows for a more in-depth and specific discussion of the Club Success Plans. The AD can answer questions or provide guidance on what clubs can specifically do to achieve Distinguished Club status.

Districts that encourage Area Council meetings tend to have Areas with the most successful clubs, more engaged members, and a higher Distinguished Club status.

Areas can also hold the meetings after an officer-installation ceremony. District 92 has semiannual terms and clubs often invite other clubs to come celebrate new officer installations. They serve snacks, have a fun activity, and post pictures on social media.

Another way to encourage club leaders to attend council meetings is to provide incentives for club success, like holding a competition or offering awards. District 79 gives awards to clubs that achieve Distinguished or President’s Distinguished status before December. “It encourages people to take more steps quickly in the first term before we head to contest season,” says Samer Kamal, DTM, also of Riyadh, Saudi Arabia, and Immediate Past District 79 Director. “It’s a great way to encourage people”


The Importance of an Agenda

The best way to ensure attendees feel the meetings are valuable is to assure them that the sessions won’t just be a time to chat or complain. An agenda is the best way to provide structure.

“The agenda should highlight a specific topic,” says Frail, adding that topics could include explaining the Distinguished Club Program and why it’s important, membership building strategies, Toastmasters speech contests, or Pathways.

She also says following up is crucial. “If someone couldn’t attend, follow up with an email, maybe say something about we missed you, you missed some great conversation, it was a great time to get to know each other, etc. Tap into their fear of missing out and they’re more likely to come to the next one.”

Once ADs start doing club visits, it’s easier to add items to the agenda. “Maybe there’s something Club A is having trouble with, but other clubs are doing it well,” says Frail.

“When I planned meetings or made schedules, I would get confirmation from every club,” says Maghazel, of Saudi Arabia. “I would ask them what they want to talk about before the meeting. Once I knew, I organized around those topics. Then I would follow up with them to confirm they were attending.”


The Benefits for Area Directors

Holding Area Council meetings makes the job of being an AD much easier. By encouraging a network among club leaders, they can reach out to each other rather than having to go through an AD with all questions.

Some Areas even hold joint meetings between two clubs. “Riyadh is a very large city,” says Maghazel. “The clubs are far apart. It might take two hours to drive to another club. Some clubs have a stronger relationship with other clubs, or we know they can help each other.”

Holding Area Council meetings makes the job of being an Area Director much easier.

Another benefit of council meetings is that they help forge relationships that make the AD club visits easier for everyone. “Many clubs feel they’re being judged by the Area Director,” says Frail. “It’s kind of a report card—am I going to pass or fail?” Having a good relationship in place already helps club leaders feel they are being brought in as a participant in the process, not someone who is being judged.

Finally, for Districts that don’t appoint ADs, the Area Council meetings are a great time to find the next leader. Club Presidents are more likely to consider the role when they attend meetings and see how they are conducted. When the current director reaches to Club Presidents about becoming an AD, they already understand what the role entails, what it accomplishes, and why it’s important. 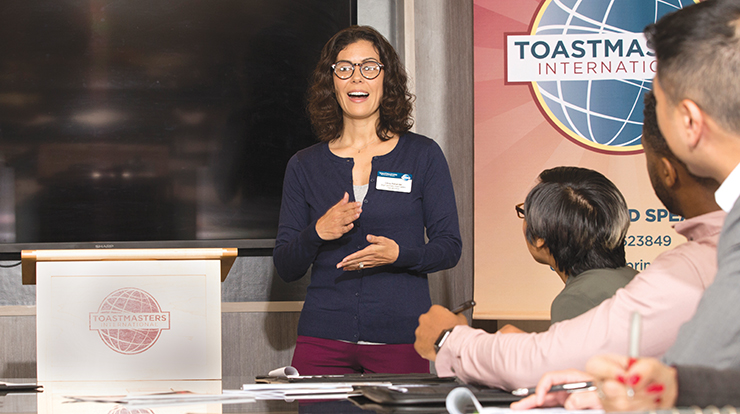 Shine as an Area Director

Improve your skills while nurturing the clubs you serve. 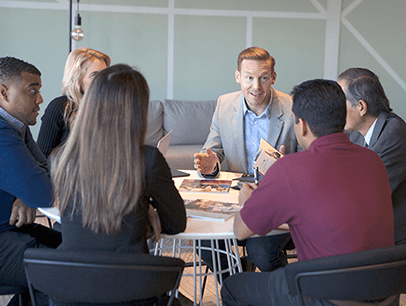