But Anwesha Banerjee, DTM, Ph.D., is still afraid of spiders.

What’s it like to deliver a TEDx Talk and have it be widely shared? Toastmaster Anwesha Banerjee, DTM, Ph.D., gave a TEDx Talk in Decatur, Georgia, in the United States, in September 2019 on the topic “Stage Fright: Don’t Get Over It, Get Used to It.” Two months later, her talk began being promoted by TED on social media under its “How to Be a Better Human” series. It has now been viewed more than 23,000 times across the globe.


Banerjee is an assistant scientist at Emory University in Atlanta, Georgia, where she studies the neurological disease mechanism in myotonic dystrophy, a muscular disorder. Born in Kolkata, India, she moved to the United States—to Dallas, Texas—for her doctoral degree in neuroscience. She also has a master’s degree in biotechnology and a second master’s in the topic of cognition in neuroscience. She also finds time to serve in a District 14 leadership position.


Tell us about your experience giving a TEDx Talk.

I got the TEDx Talk opportunity because of a Toastmasters connection. A fellow Toastmaster in my District, Daniel Enger, DTM, was the main organizer for TEDx Decatur. He reached out to me, and we discussed how it might be interesting to combine my background in neuroscience and public speaking and therefore address stage fright from the perspective of neuroscience. I spent three months preparing for my talk, although the first month was just thinking and developing the idea I wanted to communicate. TED’s concept is to have “ideas worth spreading.” It is often hard to figure out that one important thing that you really want to communicate. Once I figured it out, then developing the rest of the story was easier. But of course, I did go through many iterations during my writing, and many Toastmasters friends provided feedback on both content and delivery. TEDx was truly a one-of-a-kind experience.

I joined Toastmasters in 2013 in Dallas, Texas, while in graduate school. I completed all my education in English and didn’t have any difficulty with the language. However, after moving to the U.S., I realized spoken English, effective communication, and presentations required me to adjust to a different way of speaking, including a new focus on pronunciation and diction. Public speaking was definitely not one of my strengths. 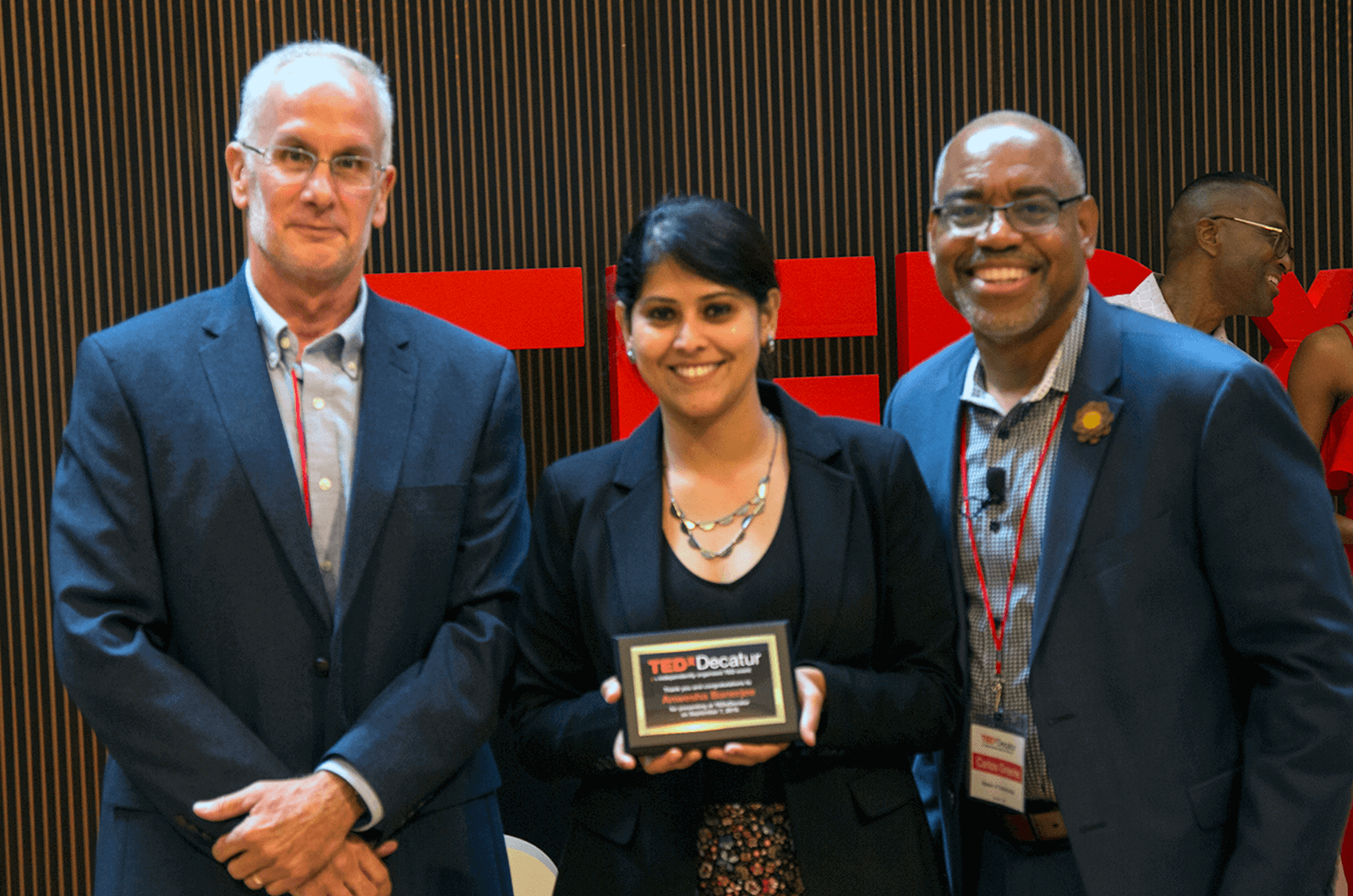 My thesis proposal in 2011 was my first big presentation, and it was terrifying. It was almost like I started feeling each of my organs individually: the heart pumping, the stomach churning, the palms sweating, and the legs shaking. It was as if my whole body was dancing, but to bad choreography. I felt judged with so many eyes on me at once. I knew I could have done much better, so I decided to give Toastmasters a chance.

You said, “When it comes to stage fright, don’t get over it. Get used to it.” What do you mean by that?


Are you saying that most fears can be reduced by exposing yourself to situations that intimidate you?

In neuroscience, a lot of research validates the use of exposure therapy to overcome fear, such as for those suffering from post-traumatic stress disorder (PTSD). Some scientific rationales support the fact that fears can be reduced by exposing yourself to situations that intimidate you. Of course, that hasn’t worked on me yet for my fear of spiders … so I cannot completely claim that works on all fear!


Why do you think your message was so popular?

I think the TEDx message was popular because it was on a relatable topic that can be implemented easily, and the importance of good communication is something we can all relate to. The nature of our jobs is different from a few decades ago. We now have to present a lot more, talk to clients more, and therefore the need to connect with people via effective communication is essential. For that, we have to be ready to get up on the stage and deliver at a moment’s notice.


What are your thoughts on the importance of clear communication in the scientific community?

Important and essential work by scientists is often misinterpreted and even fails to see the limelight due to lack of proper communication to a more general audience. We scientists have a recurring habit of using jargon and complex language, which makes it hard to understand not only for non-scientists but even other scientists with a different research focus. Therefore, I feel strongly about developing communication skills among scientists. Science is fun. Science is important. We need to let the world know that.


Besides becoming a better presenter, has Toastmasters offered you other benefits?

Toastmasters introduced me to this whole new world of wonderful people and exemplary leaders. I have made friends for life, and I have had the opportunity to learn from mentors I wouldn’t have found otherwise.

Working through multiple leadership opportunities, I have improved my management skills and learned to work better on teams in my club and in my District. However, most importantly, Toastmasters has instilled confidence in me that has changed the way I see myself and how I see the world.


What’s it like to have your TEDx presentation become so widely shared?

The entire experience still feels surreal to me. I am still processing the overwhelming support and encouragement I received from friends and family. Some of my friends from my college days in India, who previously witnessed my fear onstage, were super happy to see how far I have come in terms of my confidence and delivery in front of a large crowd!


Any words of advice to those seeking to land a TEDx Talk?

My advice is to go beyond individual clubs and network more. That’s how I landed a TEDx Talk, and others may too. Get as much feedback on your content and delivery as possible.

Make Your Next Speech Memorable

What you can learn from TED Talks. 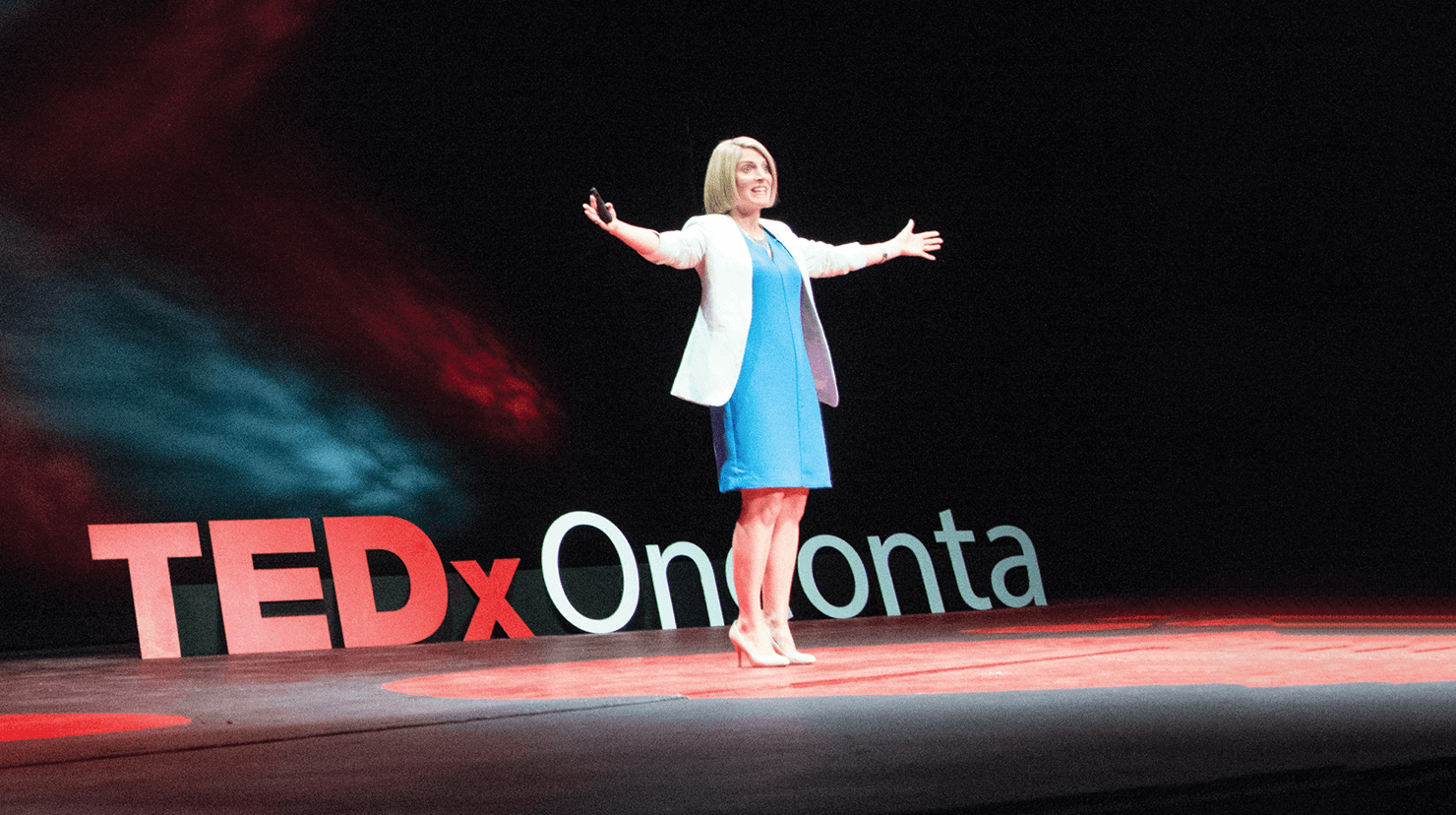 How I Prepared for 18 Make-or-Break Minutes

Behind the scenes of a TEDx Talk.