Classical pianist Yelena Balabanova reveals how she reaches the heart and soul of her audience. 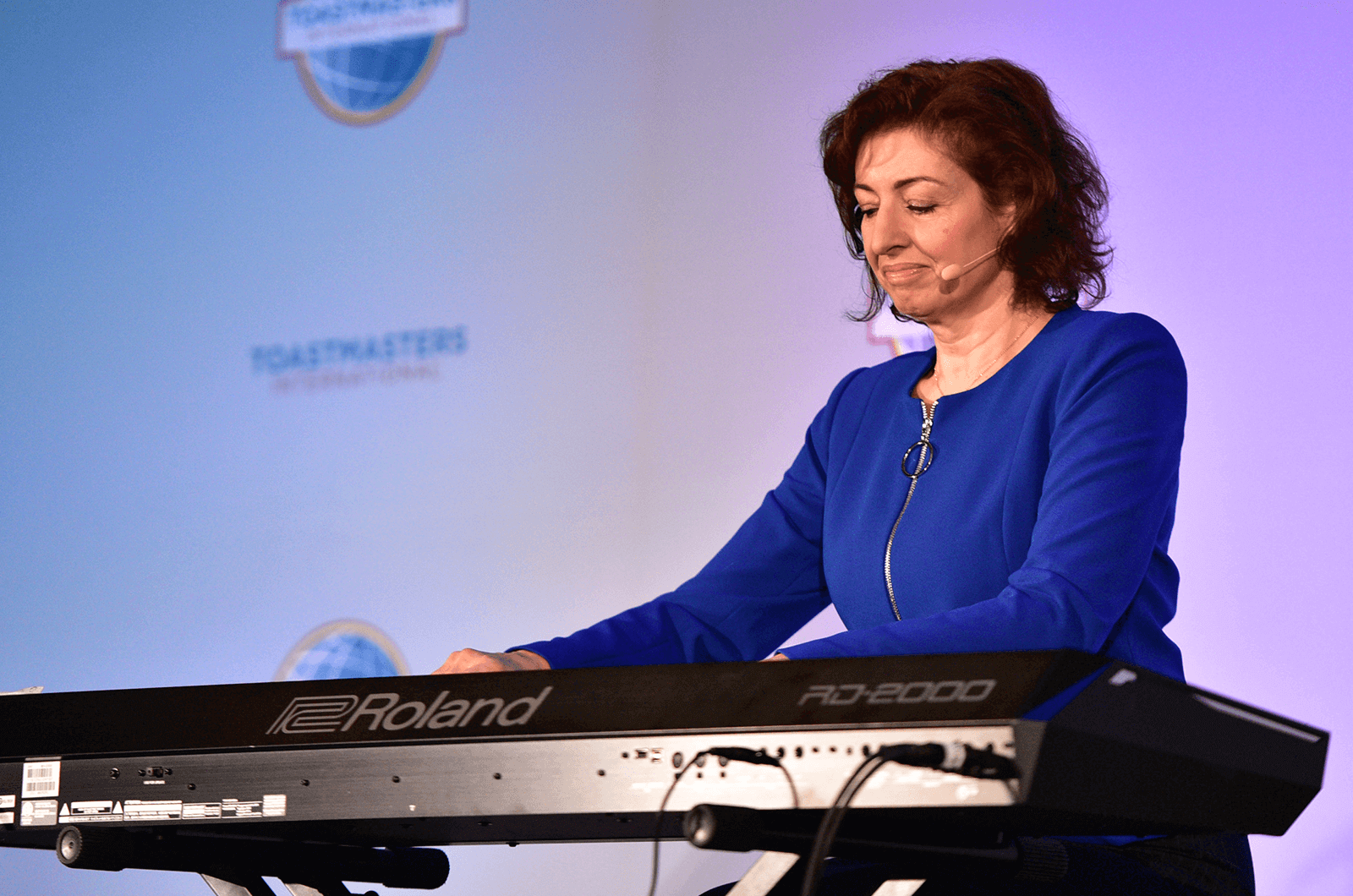 Music is a language that needs no translation. Melodies spark emotion, notes crescendo to create a story, instruments blend for a harmonious tone, and a simple tempo can transport you to another time.

On June 21, people across 120 countries will unite to celebrate the power of music. Introduced in France in 1982 as the Fête de la Musique, Make Music Day has become a global phenomenon. Although this year’s celebration will take a virtual approach, people from around the globe, of all musical abilities, are encouraged to take part in making music on that day.

For Toastmaster and Accredited Speaker Yelena Balabanova, DTM, music is part of her daily life. As a classically trained pianist with an extensive repertoire, she offers a unique combination of public speaking and musicianship that not only enhances her stage presence but helps her connect universally with her audiences.


Balabanova has performed as a soloist, accompanist, and chamber musician in many festivals and concert series, including Steinway Hall in New York City, a four-year tenure at Colorado Music Fest, the Roanoke Opera, and tours in Canada, Russia, and Europe. She also shares her passion for piano through teaching, presenting workshops and clinics, and coaching and creating performance opportunities for other musicians.

It inspires me not only to express myself completely, but to create orchestral sounds and images that reach for the heart and soul of my audience.

Born in Kharkov, Ukraine, Balabanova began her musical training at age four. Her mother and grandfather were both piano teachers, so her first lessons took place at home. At the young age of 12, Balabanova faced the choice of whether to pursue music as a career. At the time, the Soviet Union education system required students who were interested in music to attend “schools of arts” five days a week in addition to their regular school hours. If a student wanted to become a professional performer, they had to enter competitive training in a specialized performing arts college or conservatory.

By age 19, Balabanova had received her bachelor’s degree in piano performance in Moscow, and later earned a doctorate in musical arts from the University of Colorado. When Balabanova immigrated to the United States from Russia in 1994 at the age of 31, she took a job as a music teacher at Virginia Polytechnic Institute and State University, teaching a combination of piano performance, music theory, and history. Although she could not speak any English, her students—from the United States, China, Japan, and Europe—had no problem communicating with her through music. It helped that all the music terms and symbols are international, she mentioned. 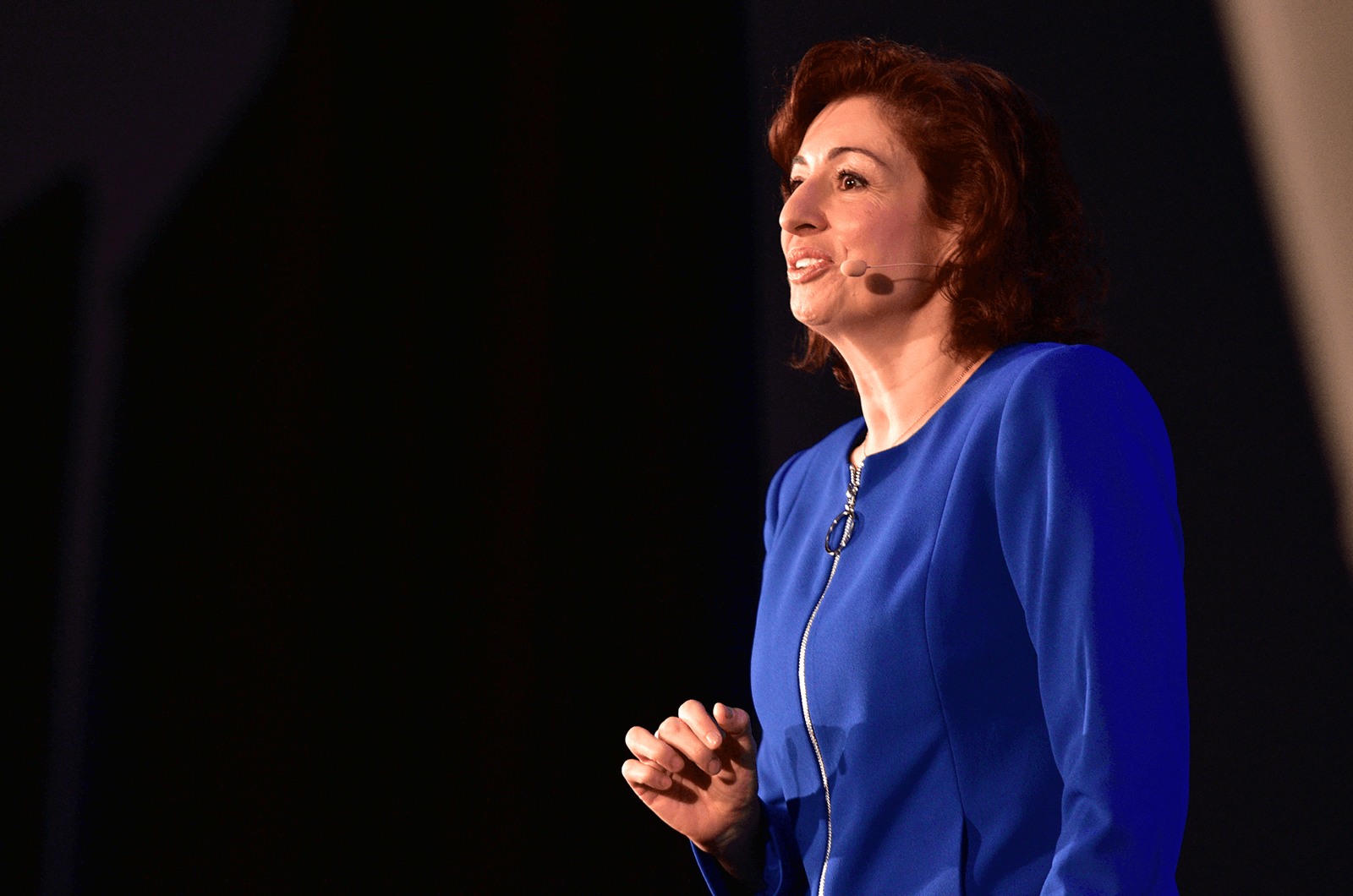 “Music speaks without words because it communicates emotions,” says Balabanova, now a resident of Mukilteo, Washington. “When I focus on the emotional content and extreme clarity of communication in every phrase or measure, it becomes a natural process in any performance and reaches audiences in any part of the world.”

Having already made a name for herself as an esteemed pianist, she joined Toastmasters in 2009 to help lessen her nerves onstage.

“My Toastmasters experience helped me gain confidence in my speaking before a performance, and also helped rebuild my self-esteem in a highly competitive world,” she says. “I used to be extremely nervous before each performance to the point of feeling sick. The positive feedback from my Toastmasters clubs helped me focus on my musical or speaking message rather than on being perfect.”


There are many similarities between performing as a solo pianist and giving a speech, Balabanova notes. “To me, the main common point is that you have to send out a lot of emotional energy by yourself before you start feeling the energy bounce back from the audience. This is not the same as when you’re in an ensemble, a band, or a choir, because there you have your team.”

My Toastmasters experience helped me gain confidence in my speaking before a performance, and also helped rebuild my self-esteem in a highly competitive world.

Balabanova’s various roles as both a performer and a speaker keep her busy, but she says she believes that each activity enriches and enhances other skills.

“When I teach, I feel like a gardener planting seeds of passion and love for music in my students, while also teaching them to be patient and persistent in achieving their goals. Then the seeds grow into a beautiful, tall blooming trees,” Balabanova says. “I also love solo performing because it takes a lot of practice to understand the composer’s intention and to find the best expressive tools to communicate that.”

So how exactly do songs, musical genres, and artists communicate differently? Balabanova says her favorite composers, which include Bach, Brahms, Chopin, and Rachmaninoff, have their own musical language, personality, and color.

“Every piece tells a story, has a message, and a unique way of communication, and each genre has its own challenges,” she says. “I tell my students: when you play a Sonata, it is like reading a book with many characters interacting—drama, journey, adventure—it covers a long period of time in their lives, so it is about transformation. When you play a short piece, it is like reading a short story, and being in the moment with the characters where you are meeting them.”

When it comes to her instrument, Balabanova’s preferred piano is a Steinway, because it allows her to best communicate with her audience and bring out the message in her music.

“The Steinway piano possesses every tone, color, and emotion like no other piano does. It has an extraordinary ability to empower a pianist,” says Balabanova. “It inspires me not only to express myself completely, but to create orchestral sounds and images that reach for the heart and soul of my audience. The piano’s breathtaking sensitivity to the smallest variations in a pianist’s touch makes it the only piano that seems to share its spirit with a pianist.”


Want to learn more about how musicians communicate with the world? Keep reading below.

At age 17 Albert Frantz fell in love with classical music; however, his father forbade him from practicing at home and eventually sold the piano outright. Undeterred, he abandoned his engineering studies in favor becoming a distinguished musician, and in 1998 became the first pianist to be awarded a Fulbright Fellowship to study in Vienna in nearly a decade. While there, he joined the Vienna Toastmasters club and found that the presentation skills he was learning were helpful in his musical performances as well.

Learn more about Frantz and his musical journey in this 2016 Toastmaster article, “Finding His Tempo.”

When Genein Letford was in third grade, she was labeled a special education student because she stuttered when speaking. Her mother insisted she learn to play an instrument, and she chose the trumpet, mainly because it was one of the least expensive instruments to rent.

She joined the school band in fourth grade and found her voice through music. Now a music teacher, Letford says the liberating feeling of self-expression and fluency transformed her life.

“Music and speech are highly connected. Speech, intrinsically, is melodic. The manipulation of tone, pitch, cadence, and tempo can effectively express meaning and intention more than words themselves.”

Find out more in this 2017 Toastmaster article, The Power of Music.

John Cadley is a bluegrass musician from Fayetteville, New York. In addition to writing the “Funny You Should Say That” column for the Toastmaster magazine, he is a singer, songwriter, and guitarist. Cadley and his wife, Cathy, perform as a duo and are one of the most popular acoustic bands in the Northeast United States.

“I’m a self-taught musician. That means I can play music without knowing what I’m doing. It’s quite an accomplishment. If you want to see for yourself, come hear me play.”

Read about how Cadley got his start in music in this humorous 2016 Toastmaster column, “I Hear Music.”

A professional singer turned voice coach, Katherine Scott, DTM, knows how to get you in tune with an audience, whether you’re giving a presentation or belting out a hit. “As a singer I’d sung some wonderful repertoire, but when I started to write and sing my own songs I began to understand what it means to have a deep connection with an audience. Toastmasters opened up another opportunity for me to use my voice through professional speaking.”

Her goal in working with her clients in Canada is to help them intentionally create an experience of connection, every time, with their audience. Discover more about her background as a singer and coach in this 2016 Toastmaster article, “Creating Connection Through Voice.”