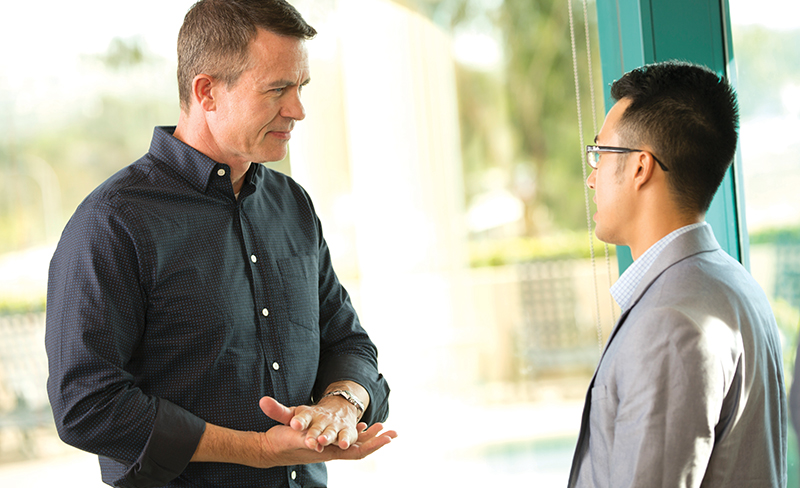 Horse Whisperer: A trainer who builds trust and rapport with a horse to elicit the best performance possible

Toastmaster Whisperer: The speech evaluator who emphasizes private coaching and feedback, and encourages dialogue to supplement a public speech evaluation

Have you ever given a speech and been stung by a public comment made by your official evaluator a few minutes later? It first happened to me when, after my fourth speech, my evaluator loudly announced to the club that I had a nervous twitch with my right shoulder that occurred 11 times in my five-to-seven-minute speech. Was it accurate? Yes. Was he right to make me aware of it? Yes. Did he have to do it publicly? No! I would have preferred him to pull me aside afterward and let me know privately, or write his observation in a private note or on my evaluation form.

By being publicly “outed,” I felt shame. I was embarrassed and humiliated. Furthermore, I became fearful of ever speaking at that club again. Thankfully, my mentor at another club interceded when I told her about this experience. She gave me the courage and encouragement to speak again at my home club. Yet 22 years later I still remember the sting of that public remark.

The role of speech evaluator is vital to the development of members giving prepared speeches. And the evaluation component of Toastmasters will be even stronger in the Pathways learning experience, which launches this year. In Pathways, evaluators will use guidelines that are more expansive and rigorous than in the current education program.

Yet not all feedback from an evaluator is best delivered publicly during a meeting’s two-to-three-minute evaluation slot. Some conversations are best held privately, after the speaker has processed his or her presentation and gained some perspective.

“If there’s a fear greater than public ­speaking, it may be public criticism.”

Some feedback that’s sensitive might require a delicate and tactful delivery and might be better shared in a dialogue with the speaker or need more time for the proper context to be established—a context that can’t be achieved in a two-to-three-minute evaluation shortly after the speech.

Simply put, distinctions exist between what we say publicly about a speaker’s presentation and what we share privately. “If there’s a fear greater than public speaking, it may be public criticism,” says therapist and Toastmaster Marianne Gunther- Murphy, ACB. “Public feedback is helpful if it is received without activating shame.”

Speakers in club meetings receive applause for their speeches, an official evaluation from a designated evaluator and oftentimes written feedback from club mates. Yet there are limitations to this arrangement:

A good evaluation serves the speaker and the listening ­audience. The evaluator’s observations should help the ­speaker and audience members understand the tenets of effective speechmaking.

Yet some feedback is sensitive. Perhaps the speaker’s apparel is inappropriate or there’s been a wardrobe malfunction. Perhaps there is an issue of personal hygiene or the speaker is repeatedly misusing or mispronouncing a word. “Simply put, some speakers have blind spots!” says Katherine Pratt, DTM, the 2015–2016 District 4 director in the San Francisco Bay Area.

It’s embarrassing for speakers to have their blind spots pointed out publicly right after they’ve spoken. Better to take them aside later and whisper, rather than shine a spotlight on, their difficulties.

Svetlana Danilova, DTM, of San Francisco’s Evening Stars club, cites a Russian proverb to explain that while we never lie in an evaluation, in the kitchen everything comes out. In a meeting format, the official speech evaluation is the living room, whereas the conversation after the meeting ends represents kitchen talk. Sometimes the setting provides the emotional safety to speak candidly about sensitive subjects. 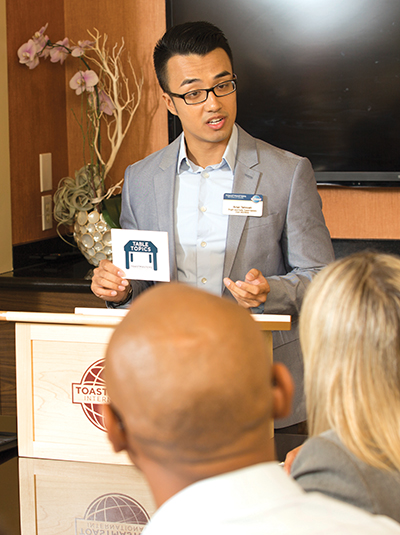 Sometimes an evaluator’s comments can teach the club an important lesson. A deft evaluator can pivot from the speaker’s infraction or lapse to discuss broadly how everyone can improve in a certain area.


How the evaluator addresses a speaker’s problem can depend on the nature of the error. Sometimes an evaluator unwittingly uses words or phrases that could be derogatory to one or more members of the audience. Such instances usually should warrant a private conversation rather than a public one.


While addressing topics such as these publicly could benefit the entire audience, you can’t do so to the detriment of the speaker, who is vulnerable and would likely feel embarrassed by hearing about such missteps in front of the entire club. A good evaluator will know the speaker, their skill level and temperament, and know how the person would take critical feedback, even delicately delivered, before sharing it right after a speech has been made.

Some conversations are best held ­privately, after the speaker has processed his or her presentation and gained some ­perspective.

Gunther-Murphy, the therapist and Toastmaster, says, “Often, we don’t know the speaker’s vulnerability. For example, if a speaker makes little eye contact, [pointing that out] could evoke shame if they’ve been criticized for being shy and haven’t had good experiences with that risk. Another speaker may hear [such feedback] as a great reminder, or ask for more examples and ask about the impact on the speech.”

Although an evaluator may not know these traits about a speaker, another club member might. Enter the mentor.

In Toastmasters we encourage all our members, not just new ones, to have official mentors to help them as speakers and leaders. As such, an evaluator might confer with a speaker’s mentor before and/or after the meeting to discuss how best to address the types of issues listed above. Mentors have an existing relationship with the speaker, know them better and have established trust that allows for discussing sensitive situations. Especially when a speaker’s blind spots are detected, the mentor is likely the best person to broach the topic.

Gunther-Murphy, a member of Lakeview Toastmasters in Oakland, elaborates on the safety of the mentor-mentee relationship. “Private feedback is rich, because it allows for the relationship to help to hold the information. One can go slow and see how the first suggestion lands.”

In private, she notes, the mentee can ask questions. “Misunderstandings can be addressed if the receiver of the feedback feels confused or hurt,” says Gunther-Murphy. “If the intent is positive, then that can be communicated and injury can be repaired, sometimes increasing the strength of the bond.”

When public goes private, a speaker’s groans of embarrassment are often replaced by growth.

“Each person responds differently to life’s slings and arrows,” writes Richard J. Davidson, co-author of The Emotional Life of Your Brain. He adds, “Each of us is unique in our emotional makeup and this individuality determines why some people are resilient and others vulnerable, why some have high levels of well-being despite objective adversity while others decompensate rapidly in the response to the slightest setback.”


Thus, we as evaluators should tread with caution when blending criticism with congratulations in evaluating others’ speeches. It turns out that we physiologically process compliments and criticisms differently, according to research shared by Douglas Stone and Sheila Heen in their book Thanks for the Feedback: The Science and Art of Receiving Feedback Well. “Negative feedback and positive feedback are mediated by different parts of the brain,” they write.

Our brains have a “red alert” system to protect us from danger, including harsh words or threats to our self-image. When we experience negative feelings like fear, anxiety or disgust, the right side of our brain’s frontal cortex swings into action, warning us of the threat, the authors write.

Another part of our brain processes such positive feelings as amusement, hope and love, though not as urgently, note Stone and Heen. This explains why, when a speech evaluator leads off with negative comments, the subsequent positive remarks aren’t heard as clearly or powerfully by the speaker, who may dwell on the negative remarks or ignore the praise that follows the sting of negative feedback. Thus, evaluators in Toastmasters are advised to employ the sandwich approach of offering positive remarks both before and after remarks considered to be critical or negative in nature.


To best serve our speakers, complement your public evaluation with additional comments delivered privately to the speaker or discussed at length after the speaker has had time to process their performance and take in their public evaluation and written evaluation forms. Then you’ll become an evaluator par excellence … and qualify as a Toastmaster Whisperer.