The Toastmasters experience offers many paths to success. How do members select the best paths for their goals, ambitions, and dreams? So many choices. Who has a road map? Who knows, from experience, how each member can understand, engage in, excel at, and ultimately leverage their Toastmasters learning?

The door to finding the right answers opens to the club vice president education (VPE), who serves as the path master to all members on their journey to transformation. The role of VPE calls for someone who is readily available with answers and insight, as well as a healthy dose of inspiration.

The VPE’s primary job is to promote continuing education for all members. The club’s success—and future—depends on members meeting their educational goals with a high degree of satisfaction, proficiency, and confidence.

Club members rely on the VPE to schedule speeches, verify and track the completion of Pathways projects, and manage speech contests and the club’s mentor program. The VPE has in-depth knowledge of programs as well as big-picture Toastmasters experience and is an excellent resource for club members and prospects. 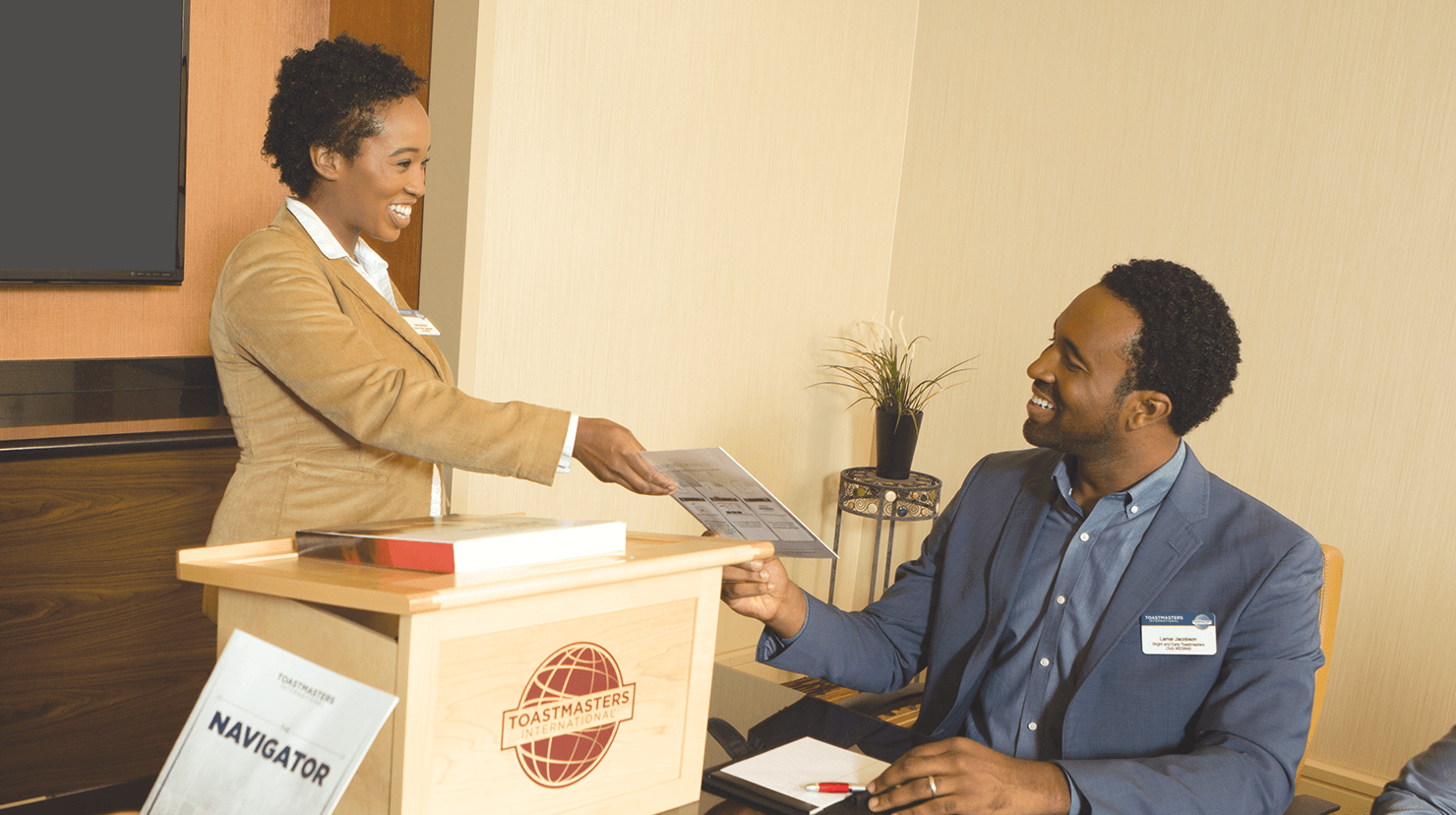 Helping members navigate Pathways is one of the VPE’s most challenging tasks, especially since the program becomes Toastmasters’ sole education curriculum on July 1, 2020, the day after the traditional program expires. Members who joined before Pathways launched in their district have the option of finishing work in the traditional program (but only until June 30, 2020) or working in Pathways or doing both. New members, and those who joined after their district adopted Pathways, are working in Pathways only.

Ultimately, the VPE wears many hats: program expert, advisor, listener, statistician, scheduler, and celebrator of member achievements. Despite the work it requires, many members say it’s one of the best club officer roles.

“This was my favorite role, hands down,” says Muhammad Zain Al Abiding, a member of Wroclavian Speakers in Wroclaw, Poland, and a two-time DTM. “I love when I see the progress in members and know I had a hand in it,” he told the Toastmaster magazine last June, in an article about officer roles.

Corinna Koehler, a member of the San Diego Toastmasters 7 club, also knows the role well. She was club VPE in the last half of 2018-2019 and the first half of 2019-2020. To do the job well, she says, VPEs need to stay on top of every task, and answer member messages and questions promptly. Her club meets weekly, and Koehler has made a point to post an online recap of the meeting’s highlights the next day, as well as to provide an agenda for the next meeting. She also tries to schedule member speakers as far as two months in advance.

“I would say being well organized is key for the VPE role,” she notes. “You can’t let emails sit in your box for 10 days.” Koehler says she has also sharpened her own leadership skills. “The biggest thing for me has been learning to delegate, to realize it’s perfectly okay to ask for help.”

I asked Amelia Abad, DTM, a past District 46 leader and co-founder of Queens Best Toastmasters in Queens, New York, the key to her club’s success since chartering in 2013. The group’s roster averages close to 50 members a year. What’s the key to its success? The club has made a high priority of staying up to date with member goals and progress.

“We implemented educational coordinators to share the responsibility for guiding members along their chosen paths,” Abad explained, echoing Koehler’s nod to delegation. In a large club, coordinators stay abreast of subsets of members, based on their goals.

A bonus to this approach: Over time, coordinators become officers, coaches, and mentors to carry on the tradition of accountability and success.

In Pathways Base Camp, VPEs are encouraged to confirm members’ approval requests promptly to avoid delays in momentum and harness their enthusiasm to move forward in the program. 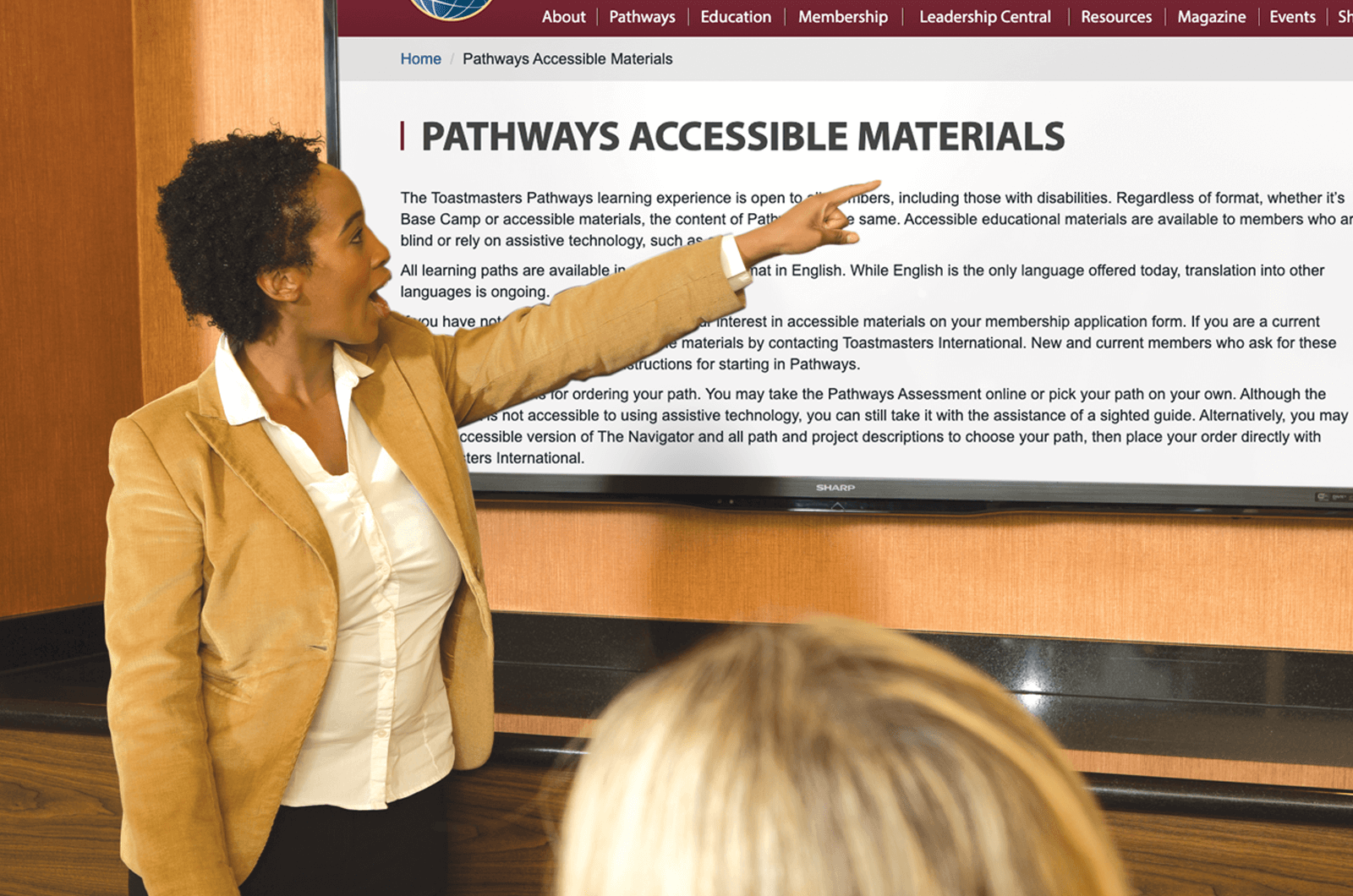 Just as individual members need to know, at any time, their status on the road to achievement, club VPEs and their club leadership teams benefit from tracking progress against club and district goals. Quantitative data helps your VPE benchmark success, providing context and comparison to other clubs engaged in the pursuit of excellence. To this end, tools like the Toastmasters Dashboard Report provide information on the club’s progress in the Distinguished Club Program (DCP).

One of the commonalities of human motivation in any field is this—efforts that are recognized and rewarded are repeated. Once you’ve motivated members to pursue their own self-paced educational agenda, and nurtured them along the way, their perseverance will ultimately yield achievement. One of the VPE’s key roles for these individuals, and for your club’s culture, is to amply recognize and reward them on their achievements.

Recognition is often done both publicly and privately. Publicly, it reinforces the learning environment that is your club. It provides incentive to all, and sometimes stokes the competitive fires of other members to follow suit. And it leads the way to learning for all. VPEs regularly use ceremonies to acknowledge member milestones. Through timely recognition, momentum is maintained, esteem is boosted, and all are bolstered by the win-win of individual and club goals being attained.

Whether you are bestowing a certificate, pin, or plaque, the achieving member and the club will bask in the afterglow of a job well done, a goal attained, a milestone achieved, and the chance to set new and even more ambitious goals.

Another secret to the success of the best VPEs around the world is to see over the horizon as members start to achieve their current goals. Now is the time to re-partner with them for a logical next goal, perhaps even parlaying past achievements to stretch for something more consequential or impactful.

Even veteran members with multiple DTMs should be challenged to do more and dig deeper or seek bigger ponds to flex their ever-expanding communication and leadership skills.

To keep those veteran members involved, consider these among many ways they can apply their skills and develop dexterity with new ones:


Leave No Toastmaster Behind

Don’t let your veteran members of all ages grow stagnant. Find new and creative challenges to keep them engaged and learning, and enhance your club in the process. Veterans can be recruited to assist the VPE in setting the culture, establishing and maintaining standards, and transferring their accrued knowledge to help the next waves of members through coaching or mentoring.

When each one teaches one, the whole club assists its VPE in charting a pathway to excellence. 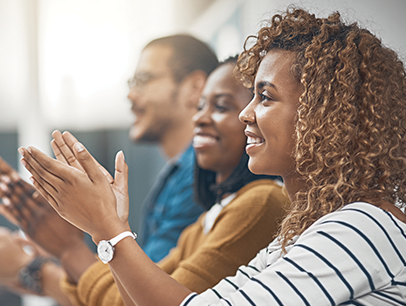 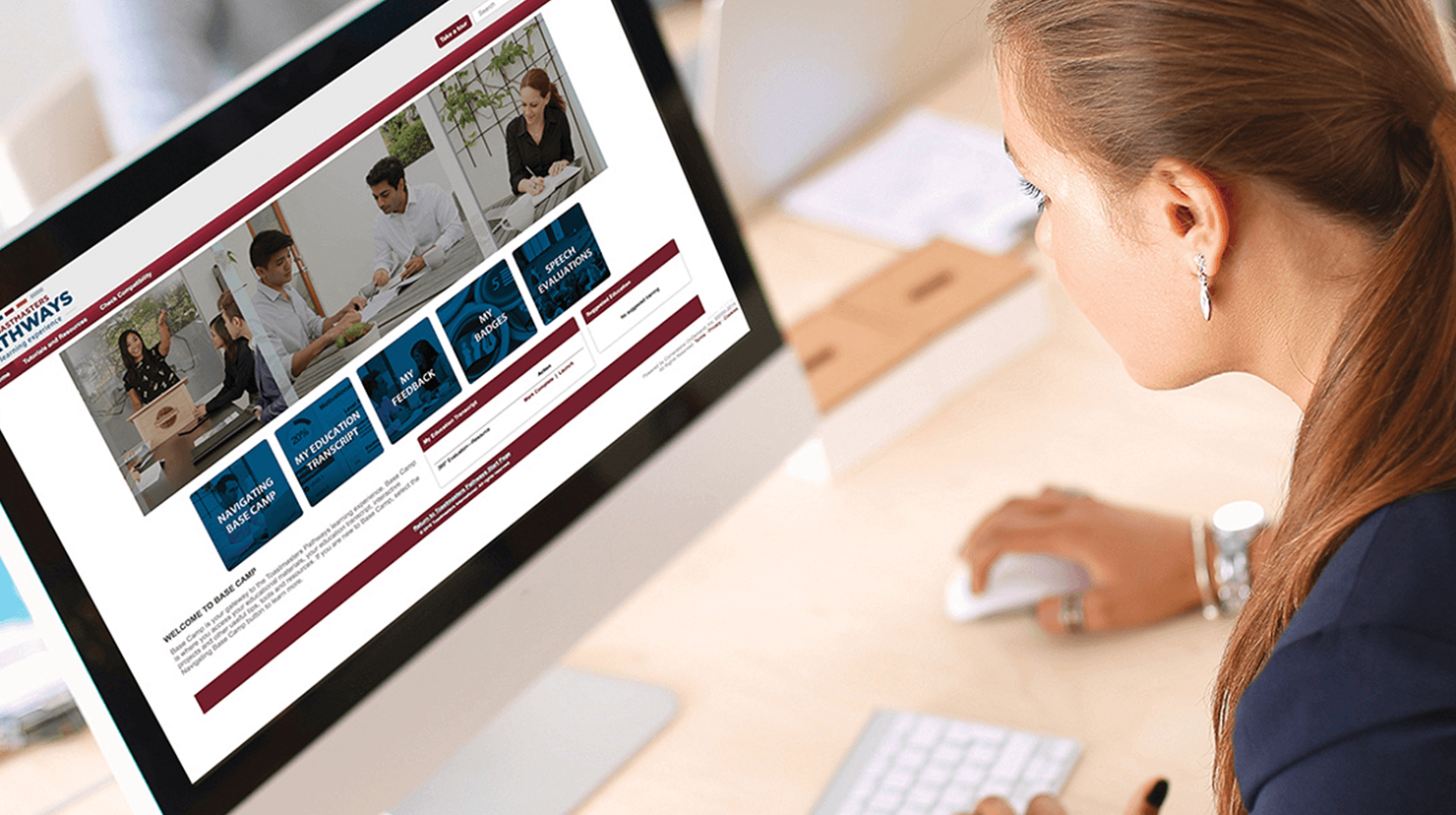 Recognition pins Charts, trackers, and pins are available in the Toastmasters online store.

Want to ensure you club is on track to meeting its goals this year? Download the Club Quality Checklist here.