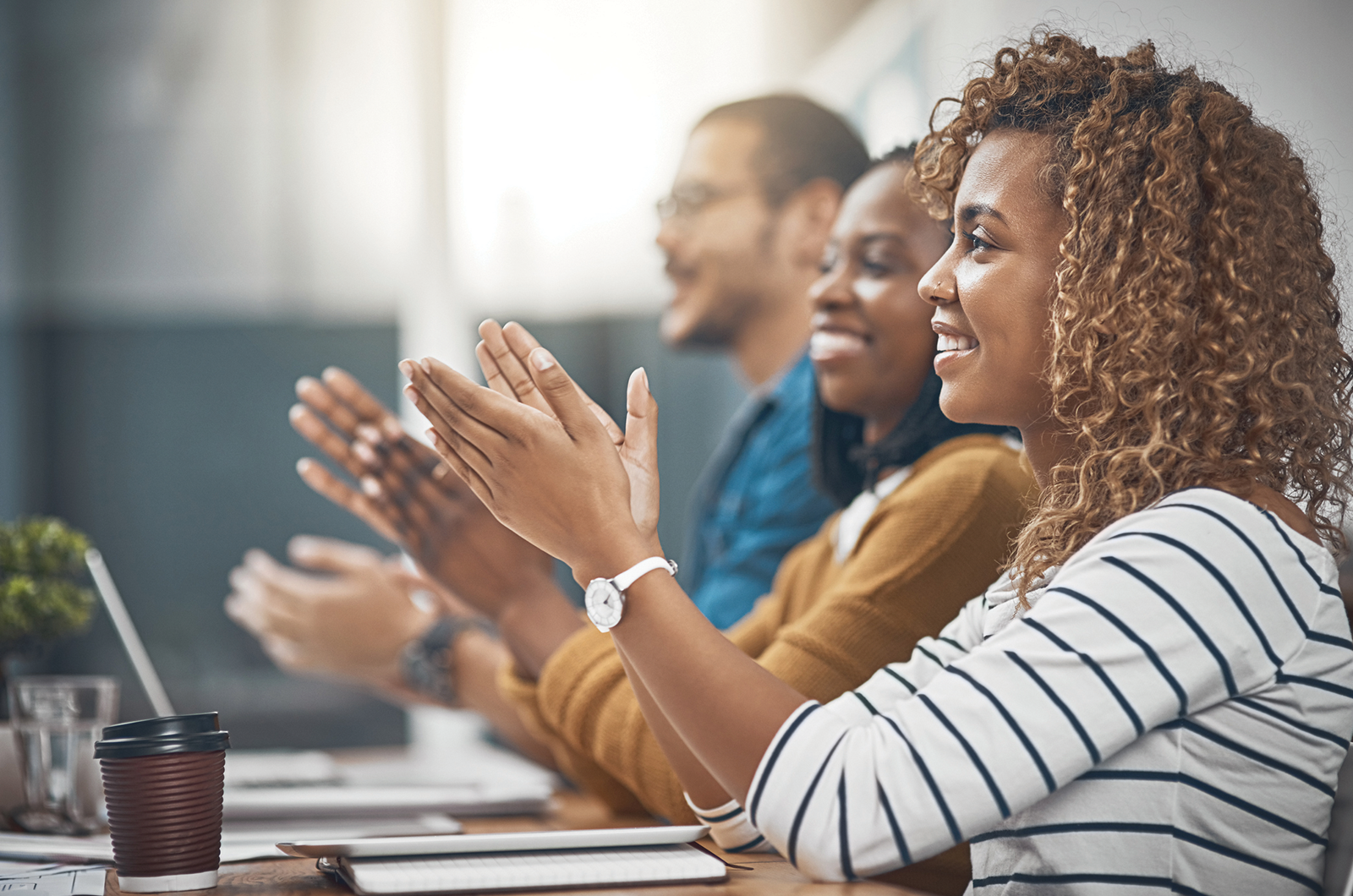 Are you a new club officer? Congratulations! You’re in good company. With more than 16,000 clubs worldwide and eight officer positions for each club, you have nearly 133,000 fellow leaders.

But if you are a bit intimidated by your role, relax. Not only are you not alone, help is available, including insights and advice from former club officers. This is a rich opportunity to grow as a leader and a rewarding way to improve members’ Toastmasters experience. Enjoy your term—and take advantage of training sessions, collaborating with fellow officers, and achieving club and individual goals.

The eight club officer positions are president, vice president education (VPE), vice president membership (VPM), vice president public relations (VPPR), sergeant at arms, treasurer, secretary and immediate past club president. The responsibilities for each role are specific, though they may overlap or require cooperation between two or more officers.

With the introduction of the Pathways learning experience, some of the officer roles have expanded. For example, the club president, VPE and secretary all have access to Base Camp, the online learning management system for Pathways.

The President is responsible for overall operation of the club. He or she presides at club and officer meetings, monitors the Distinguished Club Program progress and works closely with the area director to coordinate goals. The president can also access Base Camp to complete manager tasks.

The president is a visionary and cheerleader. Meena Shanmugavel, a member of IEEE Live Wires club in Piscataway, New Jersey, says, “I have served as sergeant at arms and VPE, but I like the president’s role the best. I enjoyed motivating members and officers and bringing change to the club.” Michael Dodge, of Ukiah Toastmasters in Ukiah, California, adds, “I like being president. It’s the most fun I’ve had at Toastmasters.”

“A diligent VPM follows up quickly with guests and responds to all prospective members in a timely manner.”

The Vice President Education (VPE) helps members progress in their educational journey by scheduling meeting roles, facilitating new member orientation, assigning mentors and handling the primary responsibilities of Base Camp manager. The VPE is often regarded as the most challenging club role, but many members consider it their favorite. Muhammad Zain Ul Abidin, a member of WrocLove Speakers in Wroclaw, Poland, notes, “VPE was my favorite role, hands down. I love when I see the progress in members and know I had a hand in it.” Abdul Gafoor, DTM, of Cosmos Toastmasters in Al-Khobar, Saudi Arabia, says “As VPE, I was the mentor for the whole membership of my club. Helping to mold new members has been especially enriching.”

The Vice President Membership (VPM) focuses on building club membership by answering guests’ questions and planning outreach events to attract visitors. A diligent VPM follows up quickly with guests and responds to all prospective members in a timely manner. Lindsay Milner, of the Bullring Speakers Club, Birmingham, United Kingdom, finds the role highly fulfilling. “It gives me such a buzz when I realize that I’ve encouraged someone to join our club. And it’s so easy to talk to people about how great our club is.”

The Vice President Public Relations (VPPR) manages the club’s image and promotes the club through internal and external communications. They do this by generating press releases, publicity campaigns, website content and a social media presence. Social media outlets are helpful in this regard, so explore and use them liberally. Networking sites such as Meetup.com help to spread the word about your club meetings. Fliers and postcards are fine too.

Sagar Ahire, of India V Speakers, Bangalore, India, is a believer in PR power: “I got to push the envelope with themed meetings and regular postings on Facebook, resulting in several new guests to the club. But most importantly, I learned that the best PR is a quality meeting.”

The Secretary manages records, including membership attendance, supply orders, officer lists, past club records and meeting minutes. With the introduction of Pathways, the secretary now also facilitates member progress in Base Camp. This provides valuable backup to the president and VPE.

The Treasurer manages the club’s finances by collecting dues, paying bills and tracking financial status. This role is important (especially at contest time) because the “club in good standing” status is dependent on paid memberships. A treasurer who has an accounting background could be well suited for this role.

The Sergeant at Arms (SAA) addresses club logistics and meeting set-up/cleanup. This person sets up timing lights, the club banner, direction signs, evaluation forms and sometimes the flag of the nation where the meeting is being held. If you’ve ever arrived at a meeting and found it completely ready to go, thank the SAA!

As a member of the As We Speak and Sharp Toastmasters clubs in Southern California, U.S., Sheryl Roush, DTM, loved this job. “This was my first Toastmasters officer role and I firmly believe every member ought to do it at least once. You learn about the proper set-up of a meeting room. As the first Toastmaster that guests and members see, you learn hosting skills. As a professional speaker/trainer, I use SAA skills every time I speak.”

The Immediate Past President is appointed by the current president to chair the nominating committee, two weeks before officer elections, and provides advice and counsel requested by the club president.

No matter your officer role, these tips can help make this term successful:

Toastmasters club officers also have a valuable growth opportunity to enhance skills outside the Toastmasters world. As Vitaliy Fursov, DTM, with Guelph Public Speakers in Ontario, Canada, notes, “All the skills you learn are transferable to business and life. You train yourself for big roles. Club president is like a CEO. VPPR is like a corporate marketing director. VPE is like a chief operating officer.” So join with nearly 133,000 fellow club officers and embrace the chance to help clubs and members grow.

Watch the video below to hear what leadership expert David Dye has to say about the influence of volunteer leaders.

The Burden of Burnout

7 Ways to Succeed as a Club Officer

This year club officers were emailed a link to the Club Officer Kit and other online leadership tools. Additional kits can be downloaded at no charge from the Club Officer Tools section. This material is no longer sold in the online store.

Materials are available in English, as well as Arabic, German, French, Portuguese, Spanish, and Traditional and Simplified Chinese. Watch tutorials on each club officer role (compatible with PC and Mac desktops). There are even tutorials on using the Club Central site. Find the latest marketing materials, club management tips, member recruitment ideas, brand graphics, and an eligibility assistant tool to access records and confirm eligibility for speech contests or proxy voting.