Starting a new habit or kicking an old one is deceptively difficult. We may have every intention of flossing our teeth before bed or going for a run twice a week, but we often lose momentum after a few days and revert to our old routines.

Many people join Toastmasters enthusiastically resolving to practice their speeches for 15 minutes a day—only to find themselves cramming the morning of the speech. Yet habits have the power to change our lives. Small tasks add up to big accomplishments. As the writer Annie Dillard put it, “How we spend our days is, of course, how we spend our lives.”

Scientists have studied habits for years, trying to uncover the secret to making or breaking them. Dr. Wendy Wood, provost professor of psychology and business at University of Southern California and the author of Good Habits, Bad Habits, says most people feel they need to be either highly motivated or exert a lot of willpower to form a new habit. 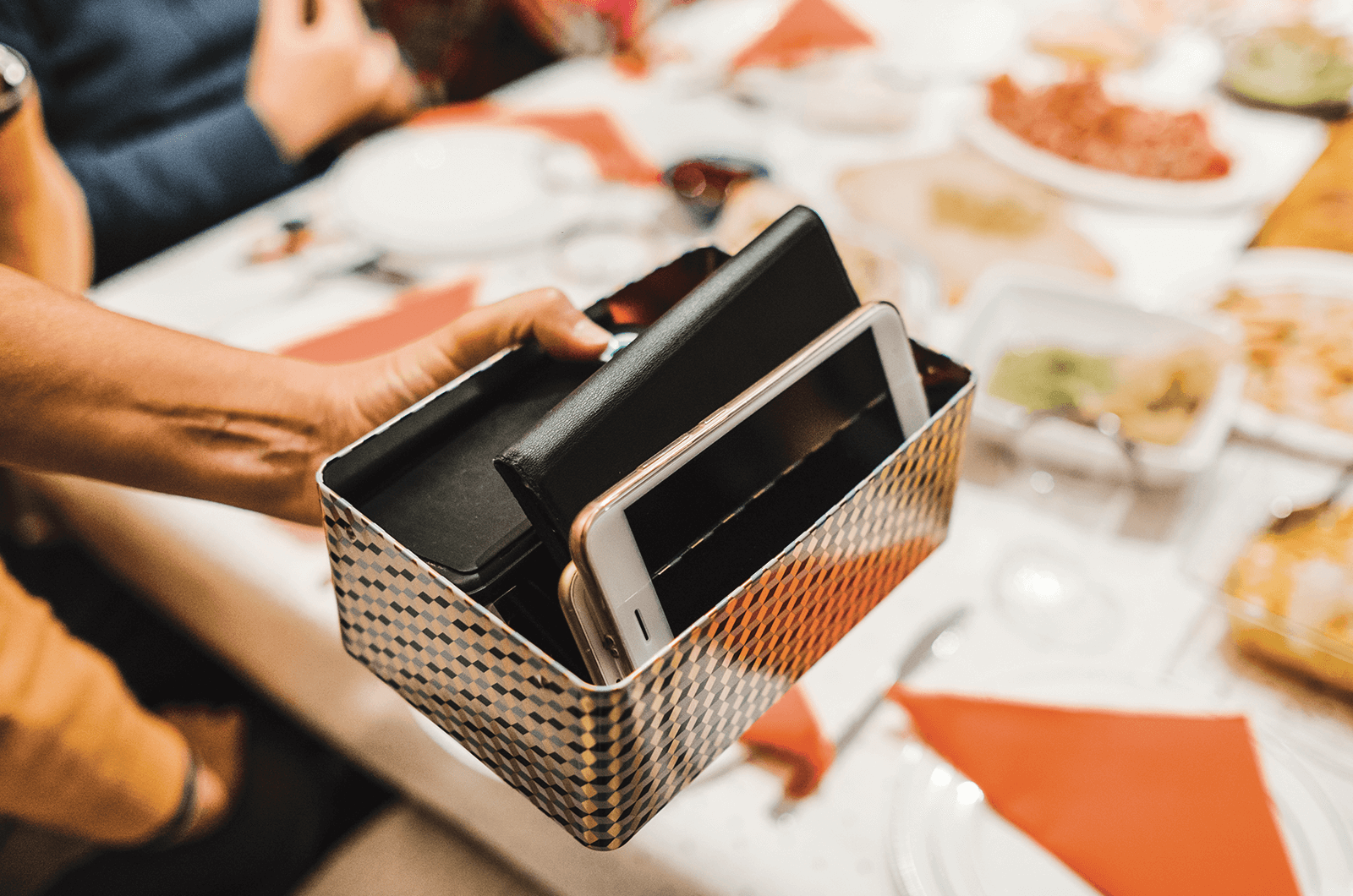 However, motivation and willpower can only get us so far. “People are pretty good at starting habits and have the best intentions,” she says. “Many of us join gyms intending to work out more, put ourselves on financial budgets intending to spend less, or vow to leave our cell phones away from the dinner table to spend more time with our families.”

It’s the ability to follow through and persist in new habits that are most important in starting or changing a habit. “Habits don’t work just by people making a conscious decision to change,” Wood says. “They form only slowly as we learn by doing.”

If you’re hoping to make some changes, we’ve rounded up the following tips, which have consistently been shown to be effective in helping people develop a new habit. 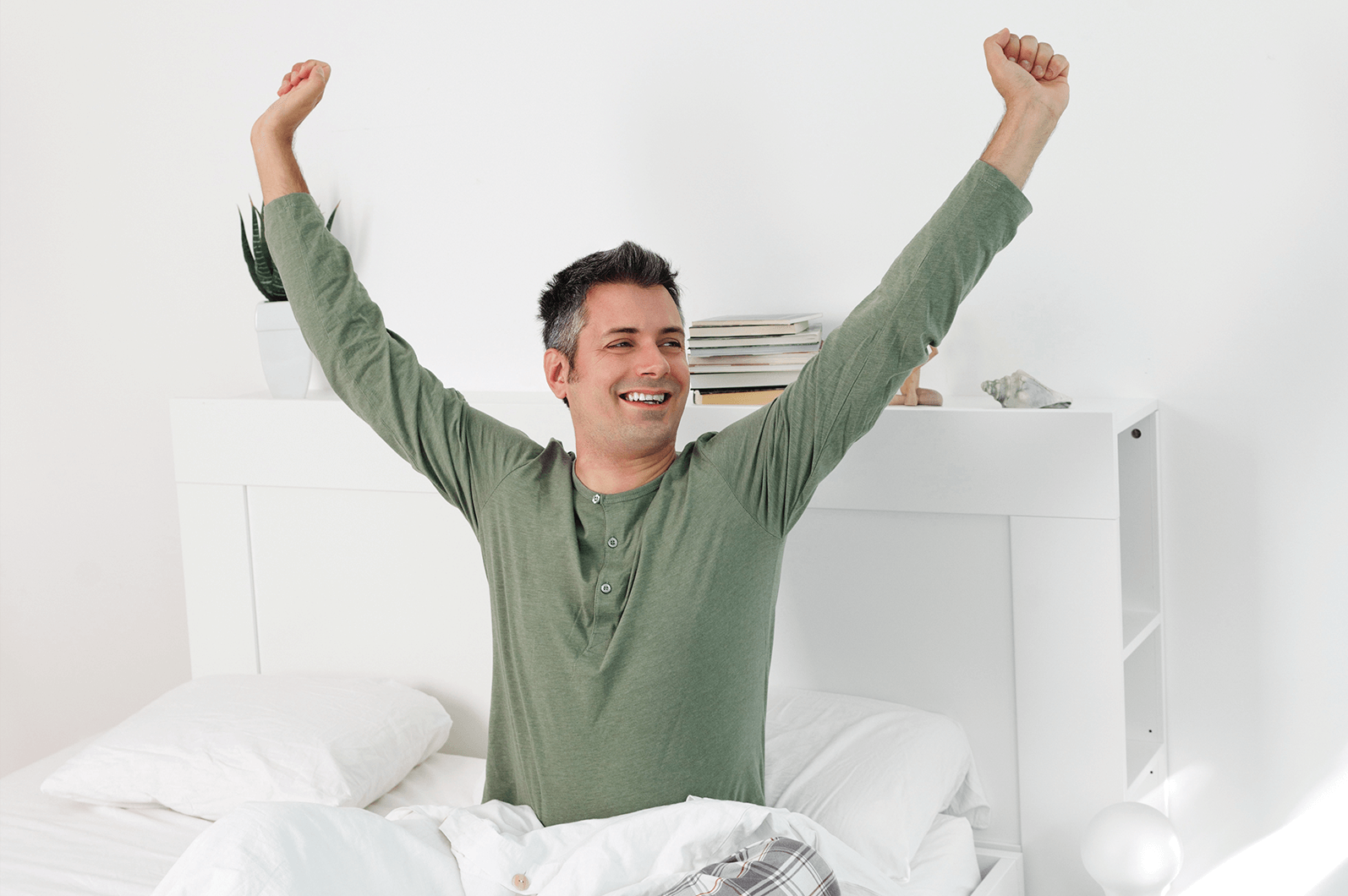 Don’t underestimate the importance of sleep when looking to improve any aspect of your life. It’s hard to have the willpower to tackle anything when you’re too tired.

Gretchen Rubin, author of Better Than Before: What I Learned About Making and Breaking Habits, found that a lack of sleep leads to a host of challenges, including mood, memory, pain sensitivity, and immune function. A lack of sleep can also cause weight gain and procrastination. In fact, many people cite the simple reason of being too tired as a reason for delaying a project.

As the saying goes, Rome was not built in a day. (In fact, experts speculate it took about 1,000 years.) Trying to rush through something is one of the quickest ways to get discouraged and quit. It’s also tempting to tie in the beginning (or end) of a new habit to a calendar date or seasonal event. In reality, that has no effect on the success of a project. Don’t wait for the new year or a birthday or a new season. Just take the first step.

Having a plan is key to a new successful habit.

Rather than being overwhelmed by the anticipated goal, focus on short-term goals. Professors often use this same tactic by encouraging their graduate students to write a small amount on their thesis every day to keep the project from becoming overwhelming. Similarly, if you want to run a marathon, start by running a 5K. If you want to earn your DTM, try putting a Toastmasters project on your daily to-do list, challenging yourself to give one speech a month, or scheduling time to seek advice from fellow Toastmasters to make it a more manageable project.

This advice works even when the habit is something difficult to measure in a conventional way. Angel Guerrero, DTM, wanted to become a more active listener. “I work with a lot of senior citizens,” says the longtime member of Carolina Christian Toastmasters in Greensboro, North Carolina. “They come from a generation of being polite and respecting one another. I would speak so much, and they just sat there smiling.”

Don’t underestimate the importance of convenience when trying to form a new habit.

Guerrero started out by “mirroring” the person. “[I started to notice] if they were sad, mad, happy, etc. I would empathize with them by moving closer or sitting back to show that my actions were part of the conversation,” he says. He then learned to ask open-ended questions so the person would offer more details, which provided him with a better understanding of what the person meant. He also started to repeat what they said to make sure he got the point, punchline, details, etc. By doing all of this, he says he finally learned what he had been missing out on in their conversation.

Habits expert Rubin found that about 40% of our behaviors are repeated daily (i.e., habitually): Many of us wake up at the same time, have the same morning and bedtime routine, and check email at the same time. We become comfortable, which makes it harder to change.

“We form habits by acting,” says university professor and author Dr. Wood. “Our brains start to form habits when we repeat the same actions over and over. Once we have repeated it enough, it becomes our automatic, go-to response.” For instance, Wood’s neighbor was a professional cyclist who would go riding with her. The two would start out at a slow pace, but then the professional cyclist would speed up. “When I asked her why, she said that she couldn’t help it. On a cycle, speed was what she had practiced, and it was hard for her to stay at my pace. We just repeat what we have practiced in the past.”

If you want to add a habit into your life, such as journaling, exercising, or practicing speeches, you may need to adjust a routine to find the time for the new one. Studies indicate that it takes about two to four months of doing something consistently to form or break a habit. 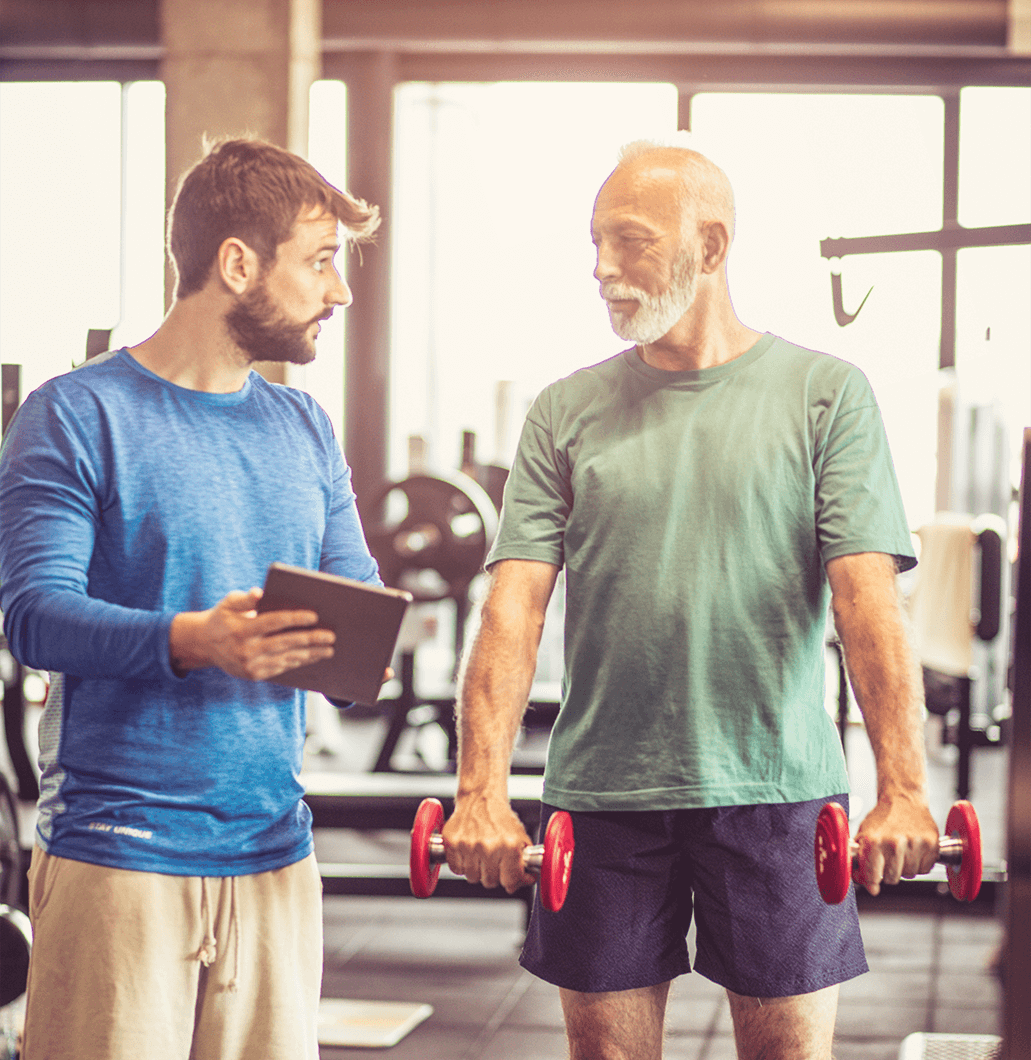 Change the Circumstance or Location

Don’t underestimate the importance of convenience when trying to form a new habit. Wood cites a survey that found people who joined a gym close to their house were five times more likely to go than people who had to travel longer distances (more than 5 miles/8 kilometers). “When it’s easy, we do it more often.”


“Habits don’t work just by people making a conscious decision to change. They form only slowly as we learn by doing.”

Simply moving or avoiding the physical location of something can have a powerful impact on our behavior. If you need to remember to take a pill each day, place it by your toothbrush, for example. If you want to stop eating fast food, change travel routes to avoid passing your favorite restaurants. Paying attention to the environment around you and changing what you can is one of the best ways to sustain a new behavior over time.

Life changes make for the perfect opportunity to add a new habit. “When we move, start a new job, or have a change in family circumstances (new child, new relationship), we have a sort of window of opportunity to make new decisions and practice new habits,” says Wood. “We no longer perceive old cues to repeat old actions.” 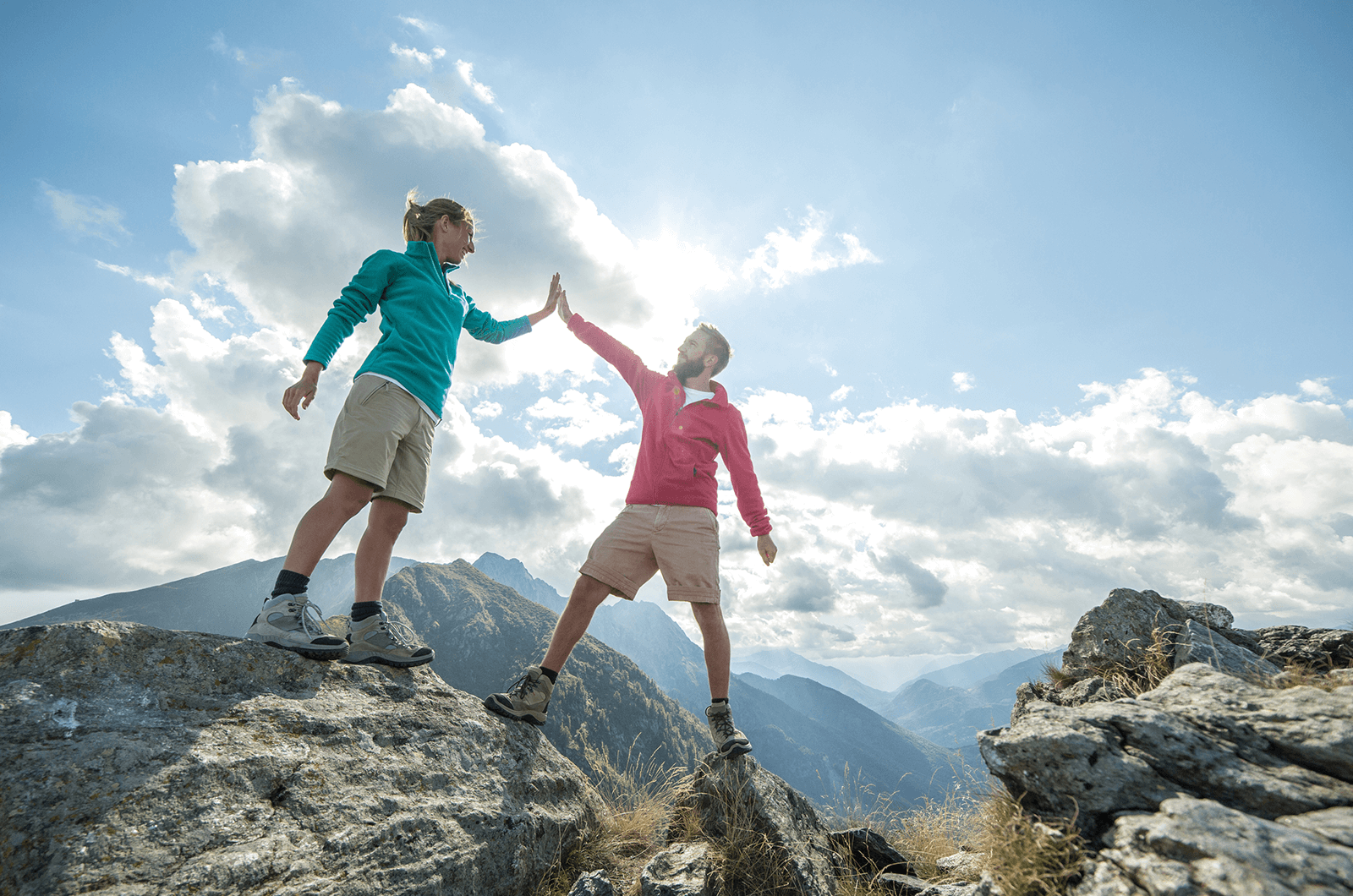 Set a Schedule, Find a Partner

A few years ago, Karin Wiberg, a member of Cardinal Toastmasters, in Raleigh, North Carolina, shifted her business focus to helping people write books. “I wanted to blog regularly. Developing an editorial plan was helpful in building a blogging habit, but even more helpful was hiring an editor to proof my posts before they went out,” she says. “I knew I had someone waiting on me, and I also knew I had a backstop to catch any egregious errors. This reduced my need to get it perfect.”

Having a plan is key to a new successful habit. “Habits grow strongest and fastest when they’re repeated in predictable ways, and for most of us, putting an activity on a schedule tends to lock us into doing it,” says author Rubin.

Having an accountability partner is also important for many people. Wiberg not only has an editor to help her in business, she also schedules time with her husband to work out together five to six times a week. “I’ve realized I am most successful creating new habits when I create some sort of external structure and accountability,” she admits.

Continuing their good habits has been beneficial to Guerrero and Wiberg in their Toastmasters careers.

In addition to committing to a blogging habit, Wiberg rejoined Toastmasters. “Almost right away I volunteered to be an officer because I knew that committing to a leadership role would make me show up every week. Consistency in showing up has helped raise my comfort level in speaking,” she says.

Guerrero says that cultivating the habit of active listening has helped him be more authentic and empathic. “Instead of talking so much myself, I let other people talk more,” he says. “My presentations are more interactive, and it’s fun to let the audience get involved instead of just listening to me.” 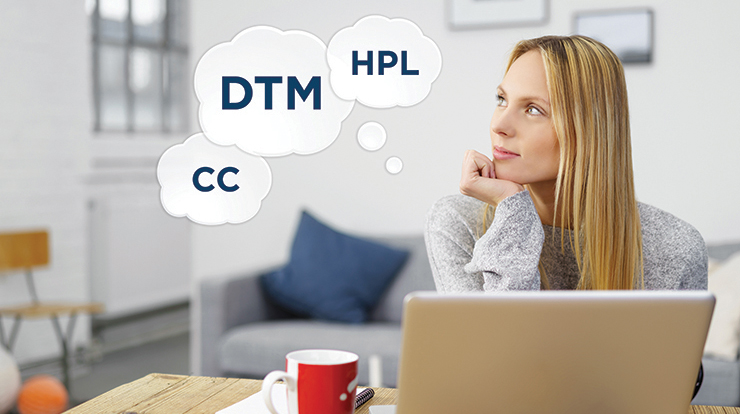 You Need More Than Goals to Succeed

Let your mind meander to trigger new thoughts and ideas.