Celebrate the educators in your life who have made a positive impact. 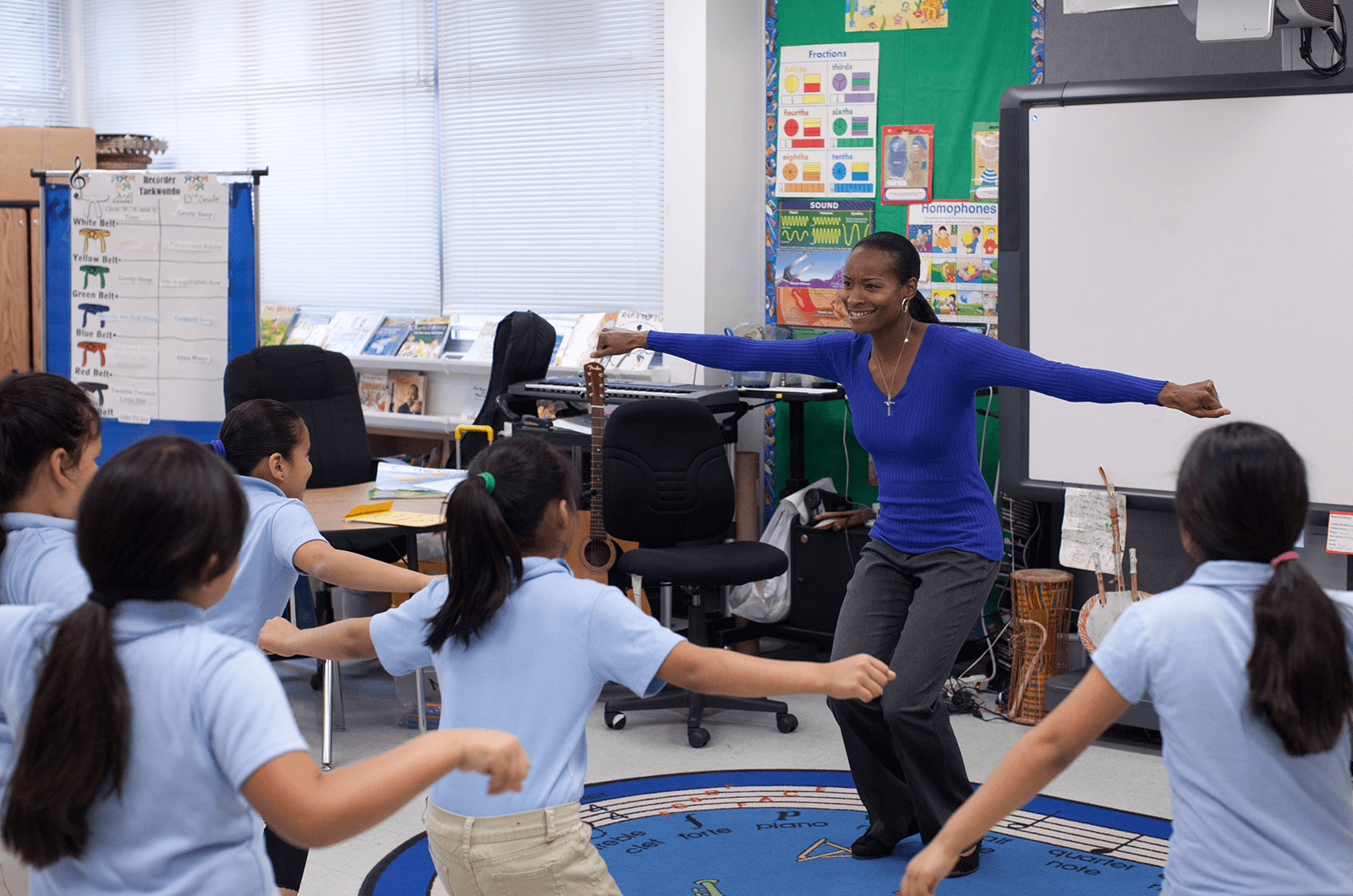 Genein Letford teaches the concept of a steady beat through dance to prepare her students to begin playing musical instruments.

Do you remember your primary school teachers? What about your high school principal? Or that wise professor from your days at university? Most of us have that one person from our past, someone who made such an impact on our education, career, or life, that we can’t help but think of them in our times of success. Who do you attribute to helping you reach your potential?

Held annually on October 5, since 1994, World Teachers’ Day is co-convened in partnership with UNICEF, UNDP, the International Labour Organization, and Education International. You can read more about the history of this commemorative day on the UNESCO website.

Toastmasters International’s founder, Ralph C. Smedley, is a shining example of an educator who went the distance to make an impact. As director of education at the YMCA in the early 1900s, Smedley saw a need for the men in the community to learn how to speak, conduct meetings, plan programs, and work on committees. He also wrote the two manuals—"Basic Training” and “Beyond Basic Training"—that Toastmasters still use today. Teaching others the key principles of communication was just the beginning—98 years later, millions of people have benefited from Smedley’s idea.

Toastmasters all over the globe are teachers, educators, and mentors in many different capacities. Keep reading below to learn about four members who have been making a difference in the world of education.

In the 1990s, Erin Gruwell was a young English teacher at Woodrow Wilson High School in Long Beach, California. Gang and racial violence were running rampant in the city, and students were more concerned about surviving the next day than making it to graduation. Desperate to capture the students’ interest, Gruwell brought in literature written by teenagers to whom they could relate and who faced similar life challenges.

Gruwell then encouraged her students to write about their own life circumstances in diaries, which later went on to become a best-selling book, and the 2007 movie Freedom Writers. Read the full article here.

The journey to creating positive impact began with Marc Williams’ own story of getting past the trauma he endured at a young age. Years later, Marc would graduate from New York University with a master’s degree in speech communication and become an English teacher. Then opportunity knocked: Williams—a 20-year educator, seven-year Toastmaster, and finalist in the 2014 World Championship of Public Speaking—agreed to become the principal of a school that was in danger of closing.

Learn how Williams’ belief in his student’s potential led to an increase in the school’s graduation rate and helped galvanize the staff, students, and parents. Read more here.

When Genein Letford was in third grade, she was labeled a special education student because of her speech impediment; she stuttered when speaking. She joined the school band in fourth grade and found her voice through music. Now a music teacher, Letford says the liberating feeling of self-expression and fluency transformed her life. In any given week, Letford is teaching music, integrated arts, and financial literacy to students ages 4 to 54. She passes on her life lessons and inspires her students to tell their stories. Want to learn more about this award-winning music teacher? Click here.

In July 2015, a soft-spoken Ohio child advocate walked onto the TEDx stage, put aside her fear, and spoke on behalf of homeless youth. Although she had never done any kind of formal public speaking at the time, Toastmaster Leila Kubesch urged her audience to encourage children to dream big, just as her grandmother had encouraged her to do.

Kubesch started teaching ESL (¬English as a Second Language) in 1992. In her 20-plus years of teaching, what Kubesch learned was how many of her students were struggling just to survive. Find out more about Kubesch’s impact on youth, including an anti-bullying program, Toastmasters events at schools, and more. Discover more here.

Are YOU ready to make an impact on the youth in your community? Watch the video below to hear tips from educator Erin Gruwell on how to talk to teens.