In July 2015, a soft-spoken Ohio child advocate walked onto the TEDx stage, put aside her fear and spoke on behalf of homeless youth. Although she had never done any kind of formal public speaking at the time, Leila Kubesch exhorted her Cincinnati, Ohio, audience to encourage children to dream big, just as her grandmother had encouraged her to do. The speech, “How to Dream Big and Pass it On,” was voted Audience Choice.

“I did my best for children,” she says of her talk.

Kubesch started teaching ESL (­English as a Second Language) in 1992. She’s a past winner of such honors as the Christa McAuliffe teacher award (named after the high school teacher who died in the 1986 explosion of the Space Shuttle Challenger). She is the founder of Parents 2 Partners, a nonprofit organization in Ohio, through which she offers youth programs, school staff development services and family programs that empower vulnerable family members to help their children achieve success.

Kubesch is a member of the Tri-County Toastmasters club in West Chester, Ohio, and served as its 2016–2017 club president. As a young girl, she had a vivid imagination. She never had the opportunity to own a book or even play with a toy while growing up in the African country of Tunisia, yet she says she believed she could do anything. Living in small villages, she dreamed about someday becoming a teacher. Today, her passion is to instill that belief system in her students, to create for them a vision of their future and set them on a path toward achieving the life they want.

In her 20-plus years of teaching, what Kubesch learned was how many of her students were struggling just to survive. After questioning one middle schooler who was perpetually late to school earlier this year, she learned that his parents had died in a drug overdose. He was left to care for his brothers and sisters, which for him took priority over punctuality. 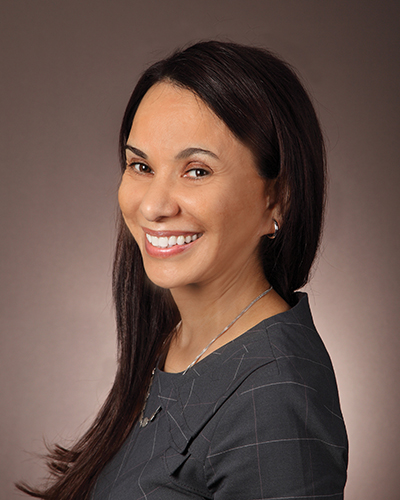 In 2013, four years prior to learning about the middle schooler’s hardship, Kubesch had stopped teaching for three years to serve as a child advocate and activist. She volunteered in 2014 as a court-appointed special advocate (CASA) for kids. “I saw children taken away from good, kind parents and put into foster homes simply because of a lack of beds to sleep on in the home,” she recalls. (Foster care is a system in which a minor has been placed into a ward, group home or private home of a state-certified caregiver.)

She worked to improve the lives of at-risk young people, including those who found themselves homeless after emancipated from foster care (the process of emancipation releases youth from foster care to live an independent life). She mentored the youth and steered them toward resources after they attended the Under the Stars camp, a program she added to her Parents 2 Partners organization. “They [homeless youth] uphold self-defeating beliefs of lack of worth,” Kubesch says, “and have no idea where to begin to seek resources.” She helped the young campers develop a strong support network. In one case, Kubesch observed a 20-year-old with special needs become a mentor to an 18-year-old. “Even those who thought they had nothing to give had a lot to offer,” she says.

To help her tell the stories of underserved children in her advocacy efforts to extending the age for those in foster care, Kubesch joined a Toastmasters club in 2016, and attended several other club meetings weekly. Eventually she wrote a news article to advocate for an Ohio state bill to extend the age from 18 to 21 for foster care, which passed in June 2016.

Many young people, she says, need a shift in their mindset from victim to victor. “It’s what they think about themselves that makes a difference,” she wrote in a 2016 article The Chronicle of Social Change, “not what we think that matters.”


A Return to the Classroom

“In spite of her elegant smoothness,” Zappala says, “she understands street-hardened, at-risk kids.”

Reflecting on how her Toastmasters training could help her connect more powerfully with her students, Kubesch asked herself if, as a teacher, she had ever dedicated the time to tell her students what she liked about their work. After visiting several clubs to practice evaluations, Kubesch zeroed in on the principles behind speech evaluations. “Within five months I visited 17 clubs in two states,” she notes. “That club experience elevated my work and my spirit.”

Says Kubesch: “Imagine the power of positive feedback if we employ it not only with our fellow Toastmasters, but also with our children—or when­ever positive change is needed.” 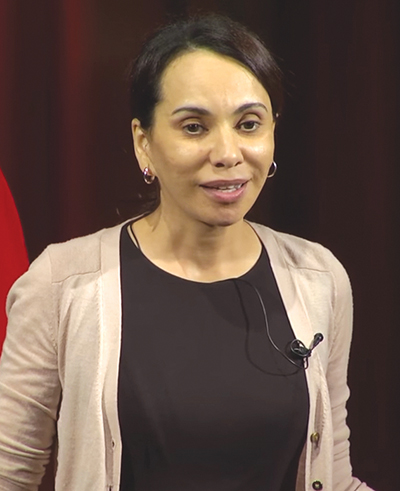 Today, not only does Kubesch teach ESL to middle schoolers, she coaches TEDx speakers to prepare them for the stage. And her school district welcomes her innovative teaching ideas, including the Toastmasters Youth Leadership Program she recently launched there. She also teaches her students social skills, including verbal communication and body language. Through her anti-bullying program, Kubesch helps parents, school staff, administrators and children in grades 1 through 12 to develop skills to negate the damaging effects of bullying.

Equipped with a strong belief in the power of storytelling, Kubesch recently organized a school event in which she invited Toastmasters to the auditorium stage to tell their personal stories. The speakers inspired her students and made them laugh. Afterward, the students wrote thank-you letters to the speakers, and one eighth-grader wrote that she laughed until her ribs hurt, something she hadn’t done in the four years since one of her parents had died.

Kubesch’s next goal is to have her students practice sharing their thoughts, ideas and dreams through public speaking in a Gavel club she’s working to charter.

“Kids love her,” says Zappala, “and she’s making a difference."

Evaluation Tips for the Classroom

Evaluation Tips for the Classroom