Funny You Should Say That
March 2019

To Do or Not to Do

Why put off until tomorrow what you can do today? Glad you asked. 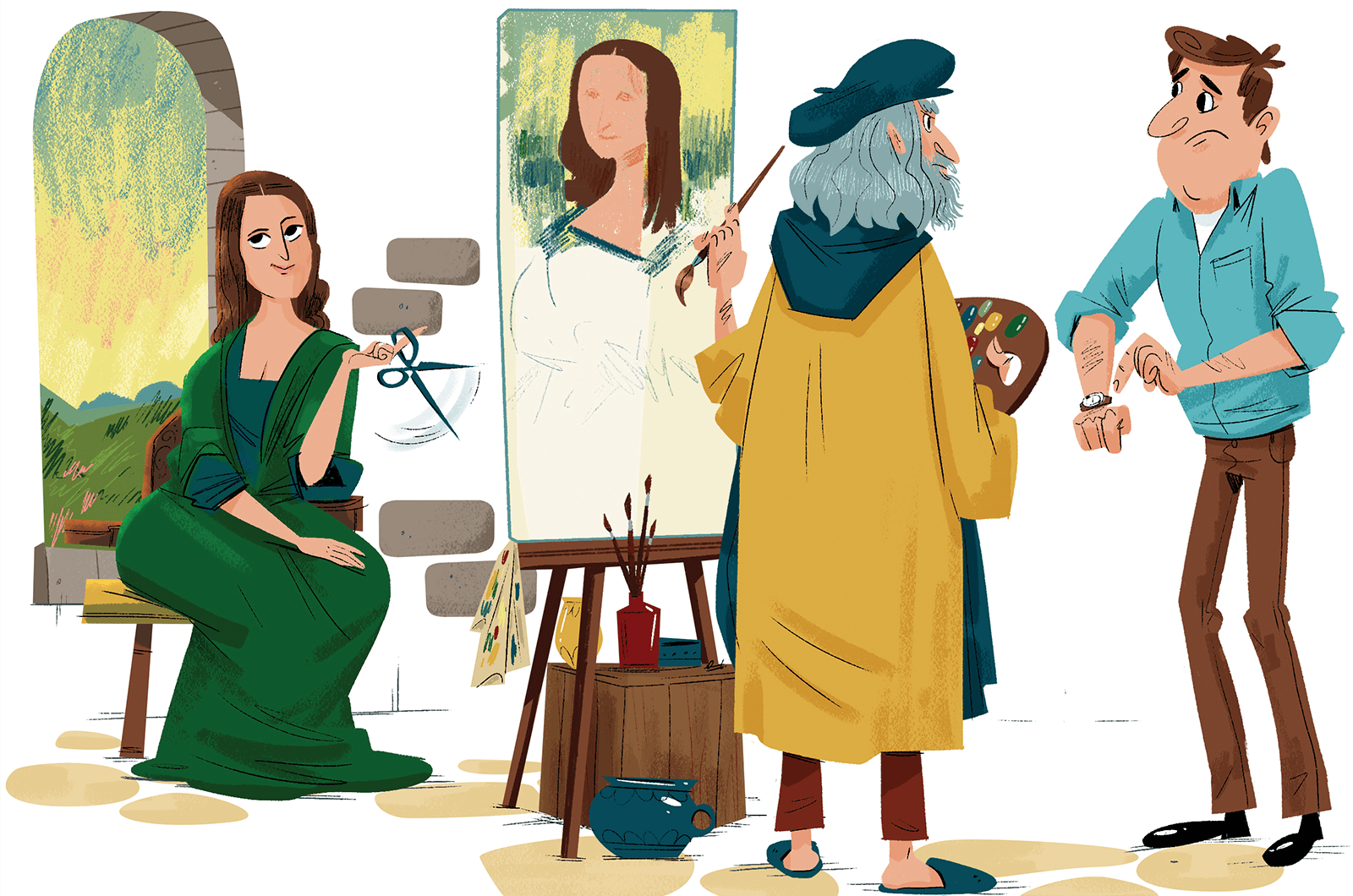 When my editors asked for a column on procrastination, I said, “I have a great idea! I won’t write the column! Instead, just leave this space blank with a little editor’s note that says, Mr. Cadley was going to write about procrastination, but he procrastinated too long. It’ll be hilarious!”

Their reply was, “Very funny.” I said, “Thank you.” Then they said, “Tell you what—you give us a column with no words and we’ll pay you for it with no money.” That’s when I realized “very funny” didn’t mean very funny.

So I’m writing the column. The good news is, procrastinators are not to blame. Humans are preprogrammed to procrastinate! It starts with the limbic system, one of the brain’s oldest and most dominant structures, which tells us to avoid unpleasant tasks (Do I really want to fight that woolly mammoth?). The prefrontal cortex, on the other hand—the part that tells us to plan and act decisively—is newer and weaker. So every time we start to do something, there’s a big, mean bully in our brains trying to stop us. I told this to my editors, too, and they said, “Very funny.”

The people who study procrastination (Do their meetings start on time? I wonder ….) say there are three types of procrastinators. First, the thrill-seekers—people who get an adrenaline rush from waiting until the last second to get something done. (If I jump out of the plane and wait till the last second to open my parachute, it will be SO much more exciting.) Then there are the perfectionists who are paralyzed by the possibility of failure. (People will hate me. Worse, they’ll unfriend me.) Finally, there are the poor indecisives who ask, Should I or shouldn’t I? until their ship sails and the question becomes purely academic.

“I just don’t like doing stuff that’s a pain in the neck. Does anybody?”

I don’t fit any of those categories. I just don’t like doing stuff that’s a pain in the neck. Does anybody? (Actually, some do. We’ll get to them later.) Look at Leonardo da Vinci. Many of his paintings remain unfinished because he kept avoiding the work. One he did finish—the vaunted Mona Lisa—took him four years, and then only after the guy who commissioned it said, “OK, forget the full-length portrait and just do the top half.” Or what about the author Victor Hugo, who instructed his manservant to strip him bare until he started writing? Think of that the next time you read Les Misérables. A lot of those words were written by a naked guy.

Of course, there are plenty of “cures” for procrastination, presumably designed by people who are not procrastinators, so how would they know? One is called “temptation bundling” (Lord, help us), where you accomplish a long-term goal by pairing it with some form of immediate gratification. An example would be reading a magazine (enjoyment now) while running on the treadmill at the gym (future health). I wouldn’t do that. I tend to get engrossed in my reading. I would stop running to ponder a sentence and get catapulted into the rowing machines. Or you can break down the dreaded task into small, manageable chunks—which to my mind just means that now you’ve got several dirty jobs to do instead of one.

The truth is, I don’t really see procrastination as such a bad thing. It’s certainly better than precrastination. That’s an actual word describing actual people—the ones who crave the feeling of accomplishment so badly they do things before they need to be done. If you want to finish your Christmas shopping in July or file your taxes three months early, fine. But then stop! Don’t keep looking for more things to do just so your endorphins can jump up and down. Don’t clean the garage. Garages are supposed to be messy. Don’t make a wardrobe grid for what you’ll wear each day of your vacation. It could rain on the day you planned for beach clothes and they’ll have to call the hotel doctor to give you a sedative.

Finally, be considerate of others. My editors know I’m a procrastinator. If I submitted this column a week early, they’d think they were hallucinating. So I made sure it was three days late and I know they really appreciate it. 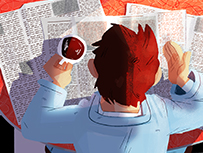 Read All About It

A good headline makes you want to read on. Alas, so many accomplish the exact opposite. 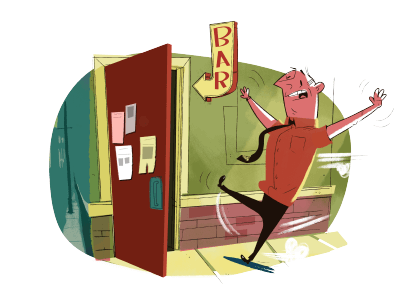 To all those who learn English as a second language, you have my great admiration and my sincere sympathies.