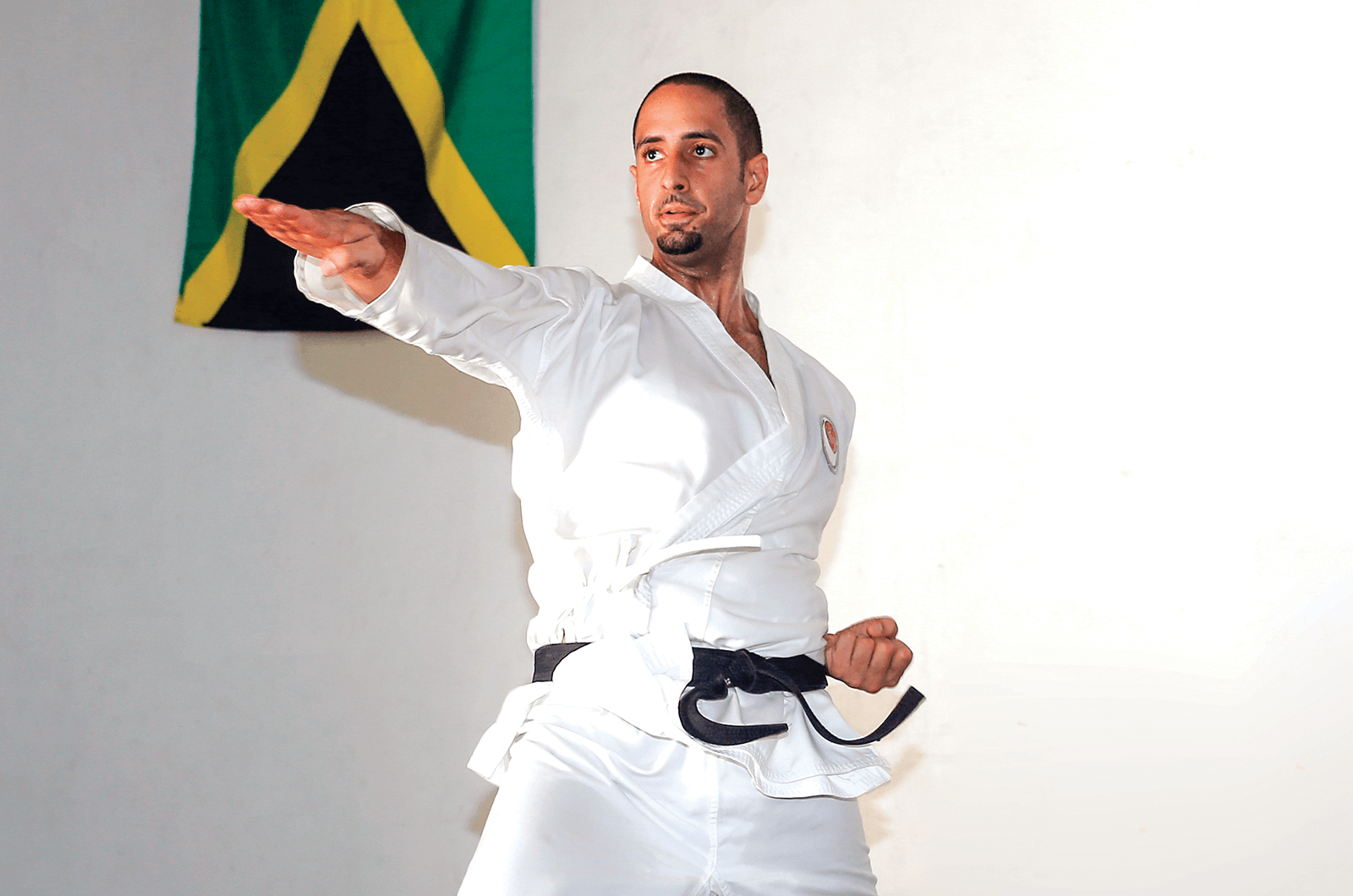 As a teenager, Jeffrey Azan spent countless hours playing video games. Inspired by his virtual heroes like the Teenage Mutant Ninja Turtles—who use martial arts to fight crime—Azan decided to master those skills himself. He dedicated himself to the practice and earned a third-degree Shotokan Karate black belt.

Today, Azan, ACG, ALB, trains for another passion—motivational speaking. As president of the Pacesetters Toastmasters club in Kingston, Jamaica, he sharpens his inspirational messages and learns strategies to weave video-game and martial-arts analogies into his presentations. “Every time I go to a Toastmasters meeting, I’m training on the basics over and over again,” the 30-year-old says in his melodious Jamaican accent. “When you’re thrown into a new situation, the things you’ve been practicing come to life; that’s what Toastmasters does for me.”

In June 2013 Azan transitioned from his role in the family retail business to start Select ’n’ Start, his motivational and professional speaking business. He joined Toastmasters that October and raced through the Competent Communication manual, receiving his first designation in just 29 days. “As life would have it, I didn’t learn anything. I just shot through it.”

It wasn’t an effective way to grow, but Azan didn’t realize it until he began mentoring a new member. “My mentee tried to do what I did and complete his first manual as fast as possible,” Azan says. “I realized he wasn’t growing, and I used it as a mirror for what I had done. I told him to take it one step at a time. He probably achieved the same amount of growth in his first 10 speeches as it took me three years to do. That’s when I recognized that Toastmasters truly works—if you allow it to work.”

As the growth of Azan’s mentee became apparent to Pacesetters club members, the club president approached Azan with a unique idea: Would he be willing to repeat the Competent Communication manual to perfect some of the techniques he missed the first time? Azan agreed and pushed himself to share more meaningful stories than he did during his first 29 days working in the manual. “By repeating the projects,” Azan says, “I delivered some of my best speeches to date.”

A lifelong video-game player, Azan incorporates a “cheat code” into his motivational and professional speaking business. In many games, cheat codes allow players to move through a level faster and easier. Azan uses such codes as a metaphor for taking action in life. “A cheat code requires people to make a decision and take action,” he says. “That’s what I want people to do. I try to help them find their story and level up in life. I want to give them the cheat code for success.”

“By repeating the projects, I delivered some of my best speeches to date.”

As his talent for public speaking has grown, he has learned the power of vulnerability to connect with his audiences. Speaking to various-sized crowds, including sales teams, churches, social clubs, schools and government agencies, Azan draws on difficult life experiences for captivating stories. His speeches focus on topics such as his parents’ divorce, his turbulent relationship with his father and his failed businesses.

“The first time I spoke about my father and the relationship we had, I was speaking to a corporation about development,” says Azan. “The opening line was, ‘I’ve never shared with anyone what I’m about to tell you. I hope it means as much to you as it does to me.’ At the end, the person in charge told me, ‘I wish every father in this organization was here today to hear your speech.’ It’s the stories nobody knows about you that nobody forgets when you share them.” 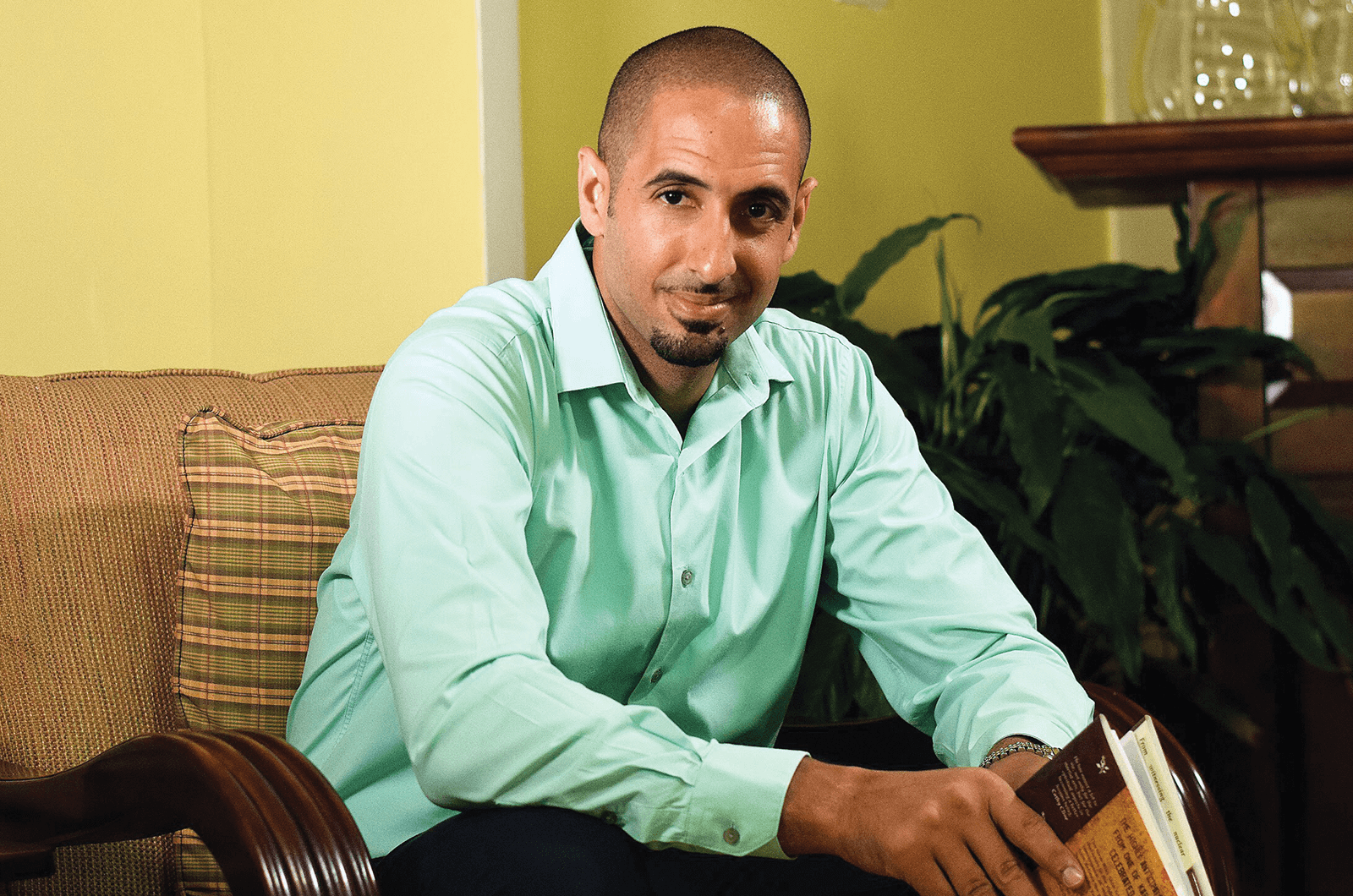 Jeffrey Azan at his home in Kingston, Jamaica

As Azan speaks to crowds across Jamaica, a country with a high poverty rate, he is reminded of its great potential. “I want others to see the opportunity that I see for all Jamaicans,” he says. “We often don’t have the education or resources. I hope to prove to my audiences that they can succeed.”

After studying business at Boston University in the U.S., Azan returned home to help run his family’s retail business, Azan’s. He compares his family’s store to a Jamaican version of Bed, Bath & Beyond, a popular home-goods chain found across North America. While he helped run the family business, he also started several other businesses, including restaurants and beauty-supply stores.

In building these businesses, Azan repeatedly found himself becoming a coach and mentor to his employees. “I never trained my staff to be a salesperson, manager or server,” he says. “I always trained people to be the best they could be. Every time they became a better person, they naturally became a better employee.”

As Azan took pride in helping his employees grow, he began to question the direction of his own professional career. “I came to realize my natural talent for speaking,” he says. “I was a motivator and speaker all along, I just didn’t know the career existed.”

Noting his own struggles and successes, Azan knows that there’s inspiration to be found in each person’s story. “It goes back to the fact that my story matters, your story matters,” he says. “If we teach people how to communicate, how to be vulnerable and how to express their emotions, it can help them take the next step in their journey. That’s why I point people to Toastmasters.” 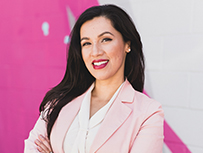 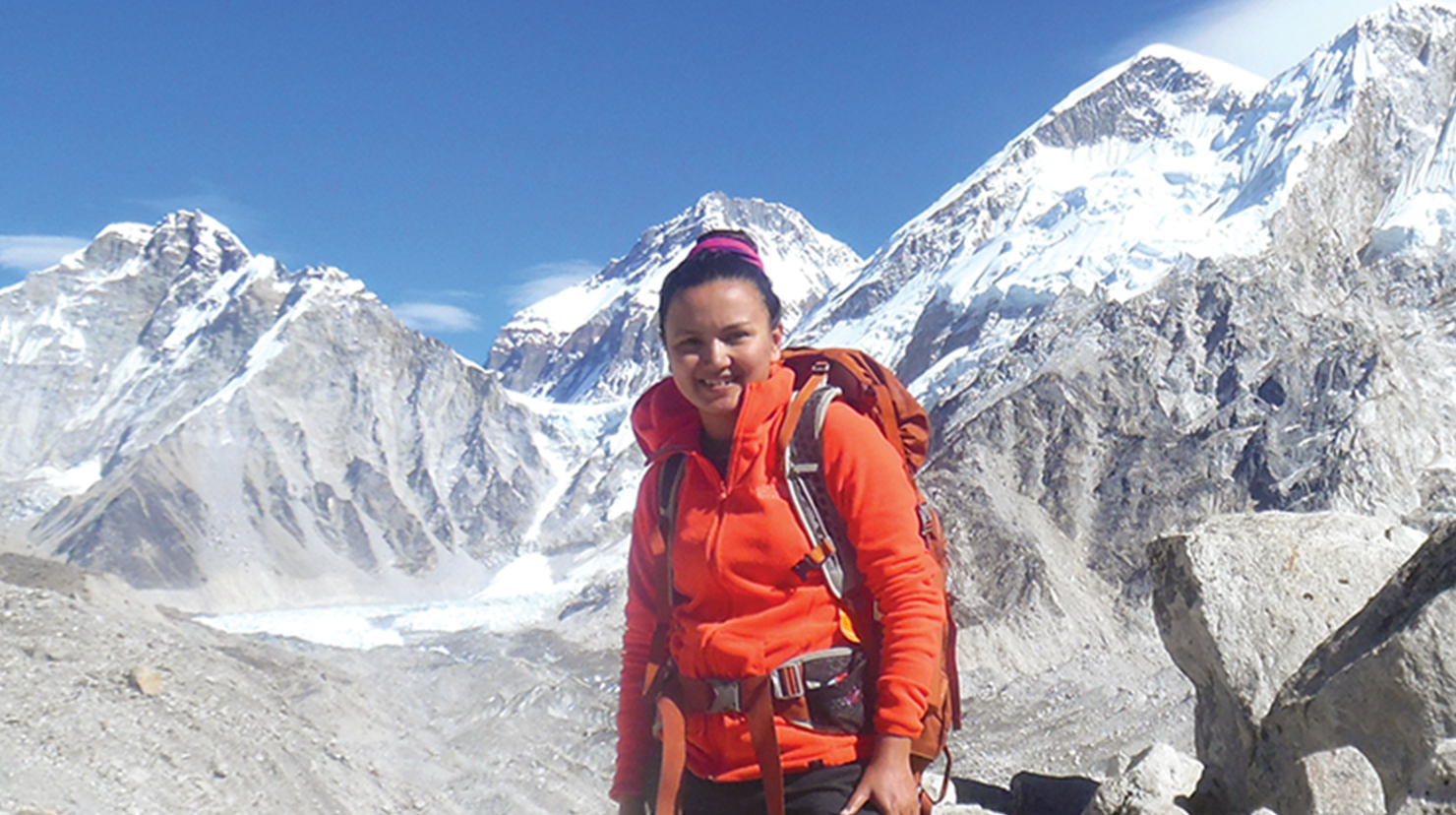