Expert speakers seek to advance their careers after earning the coveted AS designation.

All Toastmasters are above average, but it takes a special type of person to become an Accredited Speaker (AS). Experienced speakers and con­summate professionals all, the six newest Accredited Speakers have spent years crafting, rehearsing and delivering great speeches—dedicating years to achieving their goal of earning the coveted AS designation.

Established in 1981, the program requires applicants to be a Toastmaster in good standing—and have an education award of Able Toastmaster, Advanced Toastmaster Bronze or Advanced Communicator Bronze—who has given a minimum of 25 speeches to non-Toastmasters audiences within the past three years. Applicants must then submit a video of their best speech, filmed before a live audience, which is subsequently reviewed by a panel of judges.


The program is not a contest, however. If a majority of the judges agree that an applicant demonstrates excellent skills, that speaker will pass to Level 2 and present in front of a live audience and panel of judges (many of whom are Accredited Speakers themselves) at the Toastmasters International Convention. If judges can’t agree on a worthwhile applicant, none will be selected. Aiming for the Accredited Speaker designation is a rewarding but rigorous process that can take several years. Currently a total of 81 speakers have obtained the AS title. That’s less than 20 percent of all applicants. 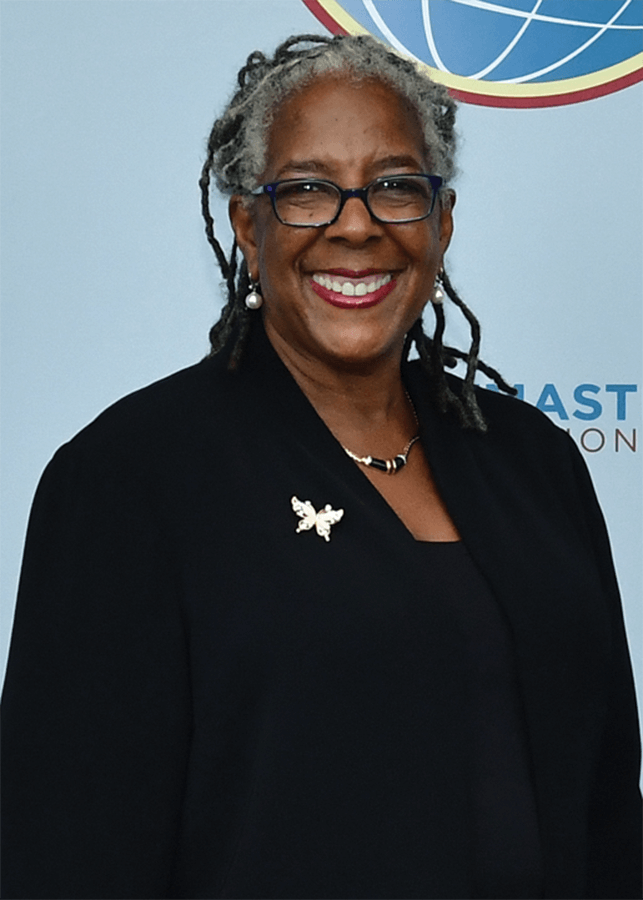 When Tamara Smiley Hamilton was just 13 years old, she witnessed the Watts Rebellion—six days of riots, looting and violence in August 1965 that tore apart the African-American community of Watts, a suburb of Los Angles, California. This civil unrest sparked Hamilton’s interest in being “a voice for the voiceless” as an inclusion coach and conflict resolution facilitator.

Hamilton now lives in Reston, Virginia, and through her organization, Audacious Coaching, she helps organizations deal with sensitive issues related to gender diversity and race and “reshape their culture by having difficult conversations and creating a dialogue.” She joined Toastmasters 10 years ago and says she has been dreaming of becoming an Accredited Speaker ever since. She felt compelled to try for the award last year after developing “a message of peace-building through courage, hope and confidence” she deems worthy of the world stage.

Hamilton says her next goal is to return to her roots and speak with inner-city college hopefuls in Watts and conduct teleseminars on how to apply for college and financial aid. She says she will continue working to heal and mend broken relationships in communities, giving people a voice one speech at a time. Greg Wood knows that the shortest distance to success starts with leadership. After running his own land-surveying company in Winnipeg, Manitoba, Canada, for 20 years, plotting space for new roads and buildings, Wood made a drastic shift and started a different venture called The Magic of Leadership. He now lectures on problem-solving techniques for businesses.

In 2015, he first applied for the Accredited Speaker designation. After three years of persisting in this pursuit, he made it to the International Convention and, to his surprise, was awarded the title.

“To be judged by other Accredited Speakers, who found someone they would hire and share a stage with, is quite humbling,” says Wood. “The journey has served to make me a better speaker.” Wood is planning a TEDx Talk and has been invited to speak in Brazil, where he has previously hosted leadership training workshops. 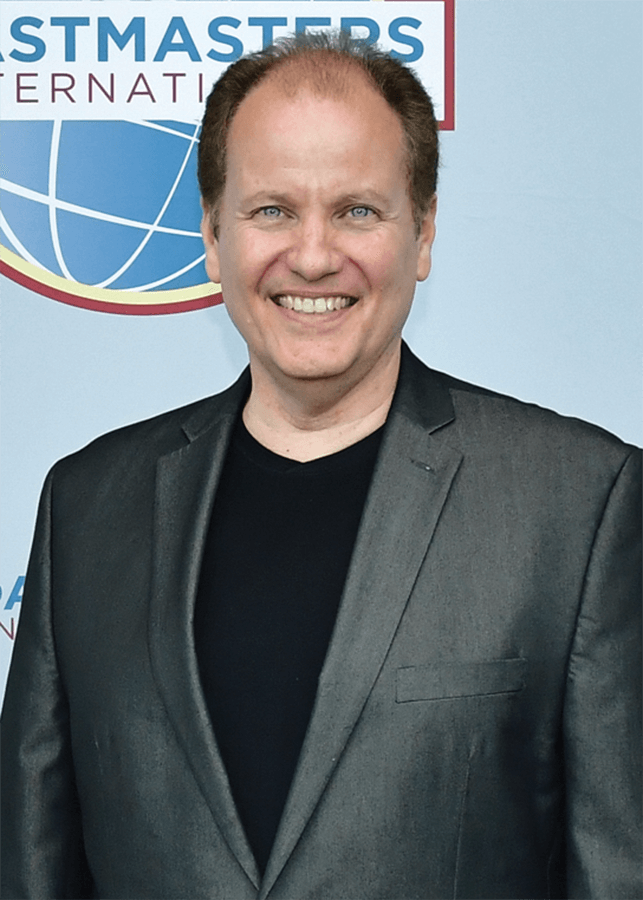 Long before Maurice DiMino gained his Accredited Speaker title, he was known as “the Million Dollar Man.” Using his self-devised “W.I.N.” mentality (Who you are, Integrity, Network), DiMino says he generated 1 million in sales per month as a salesman of film and video post-production software in Canoga Park, California.

This work ethic caught the eye of DiMino’s financial advisor, who invited him to a Toastmasters meeting. There, DiMino delivered a shaky Ice Breaker and realized he needed to refine his speaking skills.

“I could have quit, but I know that communicating my thoughts and ideas in a clear and coherent way is a vital skill to have,” says DiMino. In 2006 he became a professional speaker, keynoting events from Los Angeles to Dubai. Fellow Accredited Speaker Sheryl Roush finally encouraged him to apply for the AS Program in December 2017.

DiMino’s best advice to hesitant speakers? “Don’t let that little voice in your head hold you back.”

“Be the best version of yourself and, most importantly, have fun—if you’re having fun then the audience is having fun!” 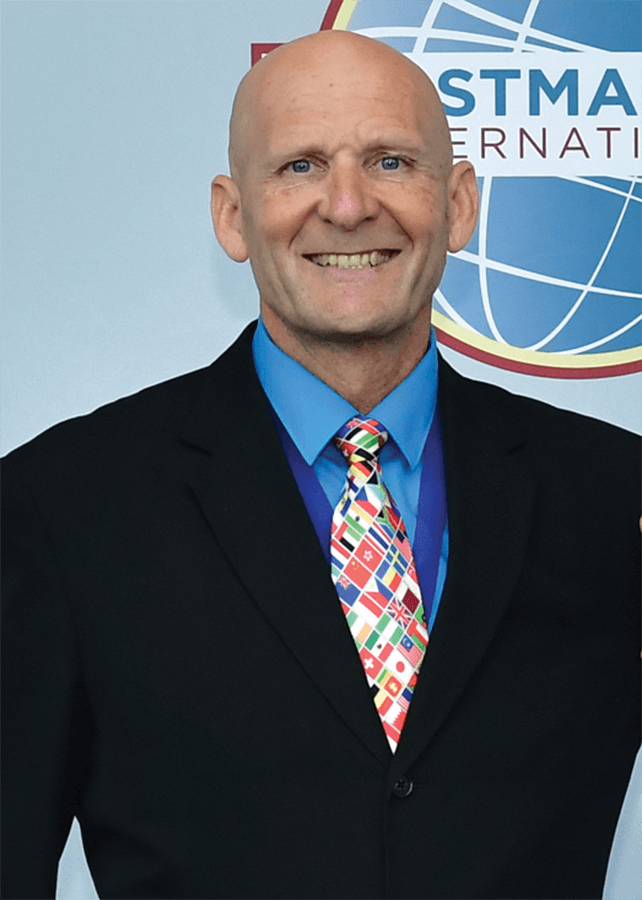 Edwin W. Ettinghausen has made his living off saving lives through teaching Cardiopulmonary Resuscitation (CPR).

More than 30 years ago, Ettinghausen and his wife started their own business, Life-Saver CPR, in Murrieta, California. He was inspired to do so after leading a CPR course in college. He loved incorporating humor and wit into his classes. Since then, Ettinghausen says he has hosted more than 7,700 seminars and issued more than 100,000 CPR certificates.

Ettinghausen’s hobby is endurance racing, meaning he runs distances ranging from marathons to 100-mile races. He has completed many of them often dressed in costume and has won many awards. But all the accolades didn’t compare to gaining Accredited Speaker designation, he says; for two years, Ettinghausen wanted to earn the title. For months he toiled to give 25 presentations, in between his seminars and running.

Now he looks forward to having “additional credibility and confidence” as he transitions from his CPR training into the arena of motivational speaking. 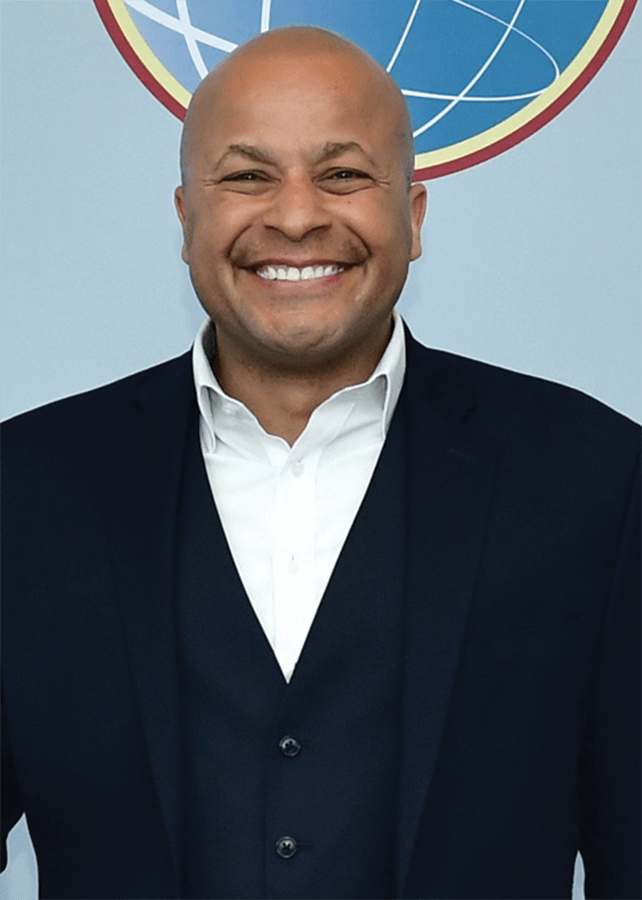 As a consumer-behavior expert, Terry Watson knows how to craft a great customer experience. One of the last things he would ever do, he says, is to put a client—let alone a renowned speaker—through the Accredited Speaker Program without preparation.

For Watson, a native of Chicago, Illinois, earning the Accredited Speaker title was “like giving birth sideways,” he says with a laugh. It’s a surprising sentiment from someone who has spoken in front of 80,000 people at just one event and is no stranger to performing in front of audiences around the globe.

To achieve his goal, he studied the AS program’s Judge’s Guide and Ballot, which lists speaking criteria, and sought advice from Accredited Speaker mentors Johnny Campbell and Conor Cunneen. Before heading to the International Convention in Chicago last August, Watson gained important advice from the duo: “Be the best version of yourself and, most importantly, have fun—if you’re having fun then the audience is having fun!” 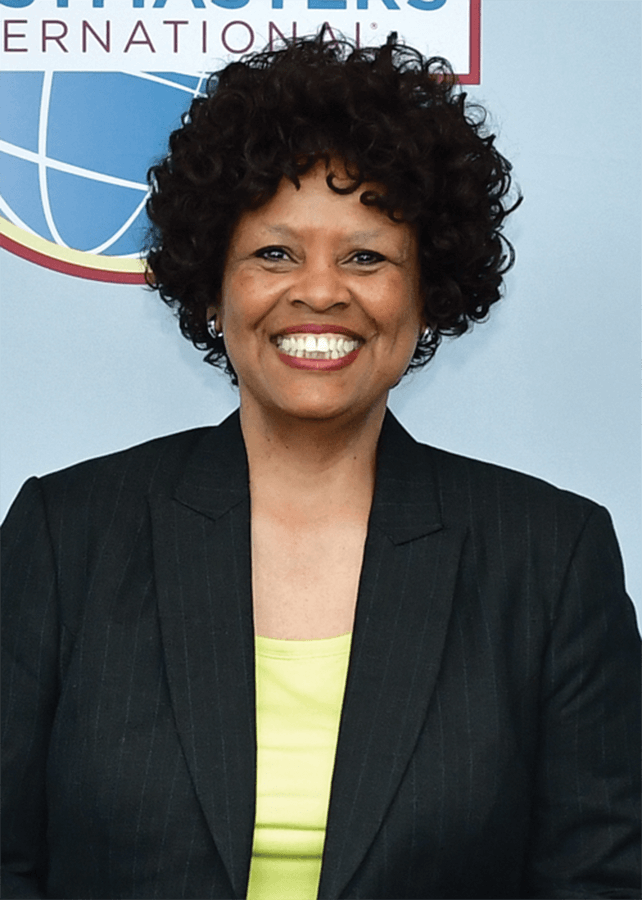 Valda Ford became a nurse to save others—sometimes even to save them from their own healthcare professionals, she says. Years ago, Ford took her 2-year-old son to various physicians, trying to determine what was wrong with him. Despite Ford’s insistence, many doctors and nurses didn’t believe the boy had a medical problem; his symptoms just were not obvious. Ford says dismissiveness by medical professionals resulted in the death of her youngest child. She was devastated.

“I will never know if being more demanding would have made a difference, but I spend my life ­counseling, teaching and training—showing others how to be their own best ­advocates,” she explains.

Since devoting her life to improving healthcare, Ford left her hometown of High Point, North Carolina, to work in different countries under her own nonprofit, the Center for Human Diversity, Inc., as well as Unite for Sight and the University of Nebraska Medical Center.

“I worked the longest in Saudi Arabia, and the hardest in Ghana, with 75,000 refugees,” she says. Even after all this work and 20 years of speaking, Ford thinks she became a professional speaker by accident. To her, becoming an Accredited Speaker makes her career feel new again. “I believe that steel sharpens steel,” says Ford.

Apply for the Accredited Speaker Designation 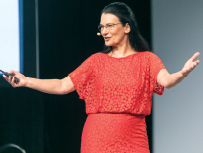 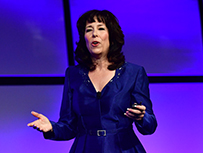 How I became an Accredited Speaker.

Apply for the Accredited Speaker Designation