How I became an Accredited Speaker.

By Eldonna Lewis-Fernandez, ACS, ALB, AS 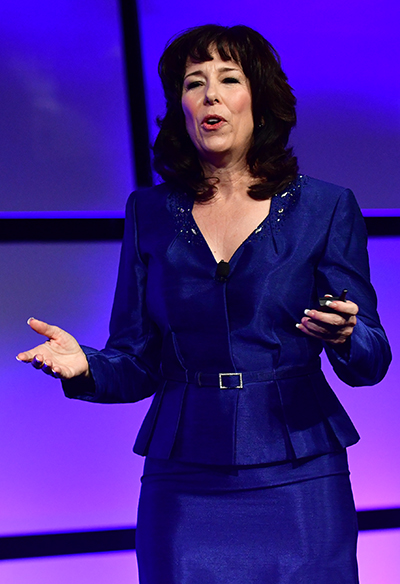 Eldonna Lewis-Fernandez
In September 2015, I submitted my application to become an Accredited Speaker (AS).  Almost a year later, I became the 68th Accredited Speaker—only the 15th woman to earn the designation—at the 85th Annual Toastmasters International Convention in August 2016. How did I accomplish this?

My Toastmasters journey began in 2006, when I joined the Air LA Club in El Segundo, California. In 2007, I started speaking on behalf of a nonprofit to help women in crisis. I also participated in Toastmasters speech contests and benefited from some coaching. I positioned myself with my negotiation expertise and started to get paid for speaking. When I decided to go for the AS designation, I had already met most of the requirements laid out in the application—25 speaking gigs, 15 of which are paid­, to non-Toastmasters audiences of 20 or more. But I still needed to submit a 25- to 45-minute unedited video of a speech delivered to a non-Toastmasters audience of 20 or more. In November 2015, I recorded a presentation that I delivered to about 80 people.

I took the following steps to achieve my goal, and you can too!

1. Set big goals and visualize success. I set my goal, made a statement of achievement (It is now August 19, 2016, and I am Toastmasters Accredited Speaker number 68), and visualized myself doing the talk and receiving the award. Visualizing it made it real to me.

2. Enlist the help of coaches. I sought advice from Accredited Speaker Sheryl Roush, DTM. She reviewed my video and application and helped me brainstorm some of the accomplishments that I didn’t think to include. I also reached out to five organizers of my paid speaking engagements and asked them to submit a form with information about my performance directly to World Headquarters, as required. Knowing that the application is due between January 1st and February 1st every year, it came down to the wire when the last letter arrived a couple of days before the deadline.

In February, my application was accepted and I moved to Level 1, where five judges reviewed my video and application. It’s a pass or fail to Level 2, which entails speaking for 20 minutes at the convention with five anonymous judges in the audience. I passed!

3. Feedback: Take what you like and leave the rest. I began preparing for my Level 2 speech by shrinking down a previously delivered hour-long talk into 20 minutes and began delivering it in front of as many groups as I could. When I delivered it at my club, they shredded it! The feedback was longer than my talk! I went home wondering if I was ready for the AS accreditation. After watching each recording of my speech, and the feedback, I realized that I needed to write a new one.

I went over the presentation every day—at home, in the car, on the beach—until it became a part of my DNA.

Armed with a new speech, I started working with a coach on slides and everything from gestures to vocal variety. I began presenting at various clubs and organizations and reached out to at least a dozen other Accredited Speakers for ­advice. I also watched videos from last year’s three speakers.

4. Prepare. I practiced my presentation at least 200 times. I went over it every day—at home, in the car, on the beach—until it became a part of my DNA, and I ­visualized speaking and receiving the award.

5. Enjoy the process and celebrate your success! Before the convention, I walked the stage to plan my position. For the next two days, I watched where other speakers stood to determine what looked best to the audience.

I was to speak first. Music was playing as I was introduced. The audience was engaged; there was laughter and applause. I felt great! After I spoke, I watched four others give their presentations. Then we waited to be notified by phone. I made it! Wow! Goal accomplished. Fellow Toastmaster and 2001 World Champion of Public Speaking Darren LaCroix also earned the designation.

Toastmasters is a great organization. I met many amazing people at the convention—it was so much fun. Afterward, I celebrated by hosting a dinner at home. The entire experience changed my life.
Use these strategies to set your next goal. Do the work and you will have the power to succeed!


For more information about the application process, please visit the Accredited Speaker Program page on the Toastmasters website.

Eldonna Lewis-Fernandez, ACS, ALB, AS CEO of Dynamic Vision International, is a veteran negotiation and contracts expert and author of Think Like a Negotiator. She is a keynote speaker, session leader and panelist on the art of negotiation, and is a trainer of negotiation. Click here to learn more.