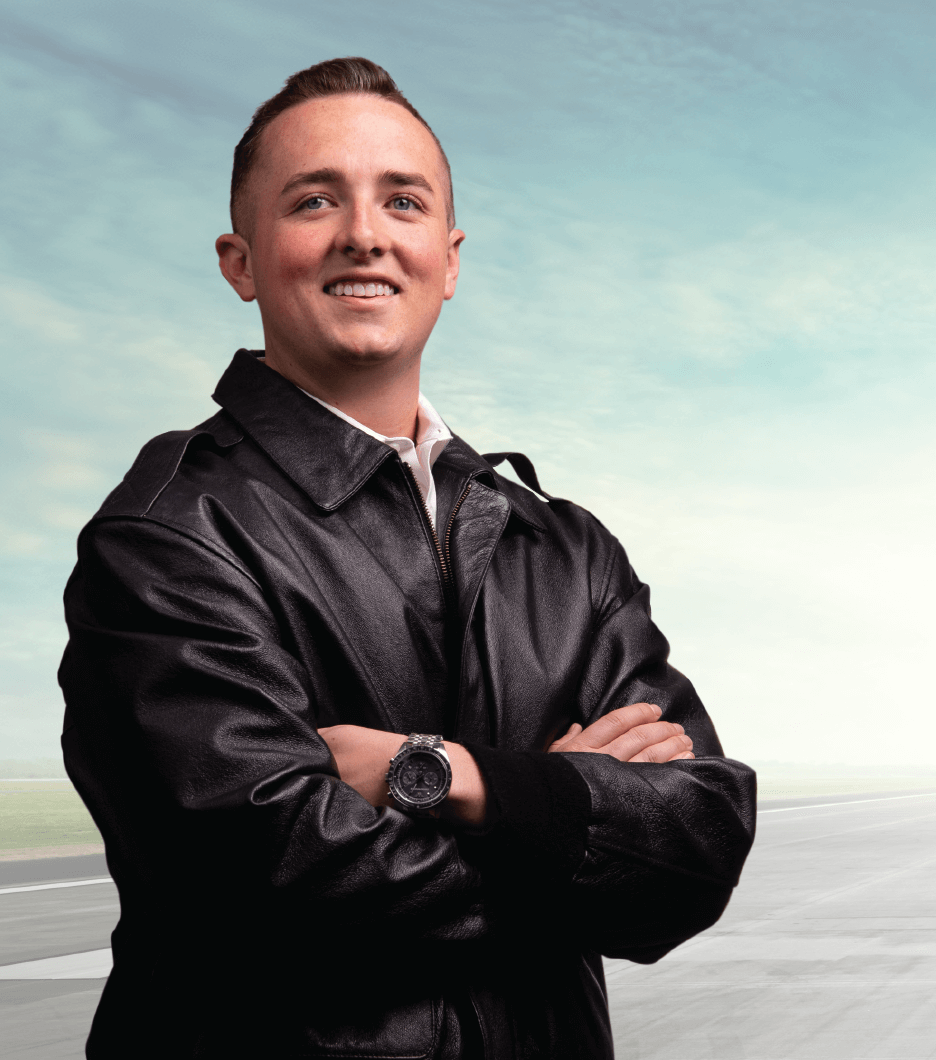 Making the impossible possible is a talent shared by many top magicians in the world, and it’s a trait that has helped Reed Barrett carve out a career as a magician, mentalist and keynote speaker.

A Toastmaster for three years, 26-year-old Barrett, CC, of Colorado, U.S., has spent more than a dozen years perfecting his act, including performing jaw-dropping tricks with a deck of cards. One of his customer favorites involves having an audience member shuffle a deck of cards, a second volunteer shout out any card and a third volunteer choose a number between 1 and 52. Reed then explains how this exercise relates to life and the impossibilities people face every day.

“We talk about probability, as there are more ways to shuffle a deck of cards than there are atoms on earth,” Barrett says. Then he asks the all-important question: “What is it in your life that seems impossible?”

After the cards are dealt to the number between 1 and 52 selected by the third volunteer, Barrett reveals the card—which inevitably is the one that was suggested by the second volunteer. In Barrett’s eyes, magic serves as a metaphor. “Something is impossible until someone else does it,” he says. “[Magic] adds that punch and ‘wow’ factor that every speaker wants. I want it to be more than a trick; I want [audiences] to say, ‘Just because it may seem impossible initially doesn’t mean it always is—it just takes time to work through.’”

“I want [audiences] to say, ‘Just because it may seem impossible initially doesn’t mean it always is—it just takes time to work through.’”

Or put another way: Even when your goals in life seem too daunting to achieve, you can succeed if you persevere. It’s a lesson Barrett knows well. Told that a heart defect would prevent him from fulfilling his lifelong dream of becoming a United States Air Force fighter pilot, he refused to give up.

And now Barrett is on the brink of achieving what once seemed impossible: Last month he was scheduled to start the U.S. Air Force’s Undergraduate Pilot Training program.

Barrett grew up in Cheyenne, Wyoming, in a family that was political and outspoken, which always kept him at the dinner table wanting to talk and share his opinion. And while this helped him develop a love for public speaking at a young age, two other interests drew his attention: magic and aviation.

“My dad introduced magic to me when I was 8 years old, and from that point forward, I kept working at it because I felt it was very inspiring and delivered a belief in the impossible,” says Barrett, a member of two Toastmasters clubs in Colorado.

When his father died unexpectedly a few days after his 50th birthday—Reed was just 12 at the time—the youngster knew he wanted to continue practicing magic to honor his dad.

Soon after his father’s death, Barrett met Chris Austin, a former F-16 fighter pilot and a U.S. Air Force Thunderbird (aviators who perform aerobatic feats in the sky) at the time. Barrett’s father, along with his grandfather, used to take him to the local air show to meet the Thunderbird pilots each summer.

“Our commander asked who wanted to spend some time with a young man who had lost his father yet was obsessed with aviation and the Thunderbirds,” recalls Austin. “I volunteered and realized immediately that there was far more to this young man than his love for aviation. Reed was kind, smart, charismatic and truly a wise person. I think we bonded immediately.”

As he got older, Barrett continued to hone his magic act and began getting paid performances, booking shows at the Bellagio Hotel in Las Vegas as well as private corporate events. He eventually became a member of the Academy of Magical Arts in Hollywood, California, and frequents the world-famous Magic Castle when he’s in Los Angeles.

The sleight-of-hand skills of this young magician have impressed many. This past April he performed for legendary boxer Floyd Mayweather in Las Vegas, who commented, “You’re quicker with your hands than me!”

Barrett, who has a college degree in psychology, also bills himself as a “mentalist.” He incorporates psychological suggestions into his act, focusing on the power of the mind. When asked how he seems to read people’s thoughts, Reed says, “I want people to think they’re making decisions of their own free will, but really, it’s far from it.”

As a student at the University of Wyoming, Barrett was commissioned into the U.S. Air Force through the Reserve Officers’ Training Corp (ROTC). In 2013 he was selected to be a pilot; however, his plan was soon derailed. “Just a few days before pilot training started, I found out I had a heart condition that was imaged incorrectly at a previous medical appointment, and it ultimately removed me from the Air Force, which was a huge blow to someone who wanted to be a fighter pilot since childhood.”

But he wasn’t about to let the setback keep him down, and he used the devastating experience to his advantage. Over the next three years, Barrett beefed up his professional magic gigs and, using magic as a vehicle, began speaking to schools and companies about how people can step out of their comfort zones and achieve their dreams no matter the obstacles.

Reed Barrett has performed his magic act at private corporate events and hotels like the Bellagio in Las Vegas.

“They wanted me to share my story of defeat and what it’s like to lose a dream, but the message behind [my presentation] was ‘Sometimes things don’t work out in life, whether that’s losing someone very close to you or the loss of the dream, and you need to be the one who steps up and takes full responsibility for the outcomes thereafter.’”

It’s an important lesson, he notes, because often people give up too easily on their goals when they face a roadblock. He tells audience members “to start moving one step forward toward that goal, no matter how hard it seems or how many no’s you get.”

Barrett understood early that it’s the storytelling—rather than the magic tricks—that grips an audience and keeps them invested. When he decided to improve his skills in that area, his stepdad directed him to Toastmasters. Today, he is a member of the Eloquent Entrepreneurs club in Centennial, Colorado, and the Professional Presenters in Denver.

“I invested in the program, met speakers across Wyoming and Colorado and started competing in Toastmasters speech contests,” Barrett says. In his first year as a member, he won a district-level Table Topics Contest.

“Magic adds that punch and ‘wow’ factor that every speaker wants.”

The skills he polished at Toastmasters meetings helped him book more performances across the country. “I was learning something from everyone,” he says. “[Toastmasters] became a big family to me, and the program has taken me all over the U.S. to speak to people about not giving up.”

Dana Morgan-Barnes, DTM, served as Barrett’s first mentor in Toastmasters, coaching him in his keynotes and helping him grow as a speaker. She says he has a natural connection with audiences. “Could be his boyish good looks, sense of fun and the confidence he oozes when he’s in front of an audience,” says Morgan-Barnes, a member of two clubs in Cheyenne, Wyoming. “He weaves magic into a lot of his presentations … that’s a sure winner! Overall, though, he is passionate about his message and knows how to deliver.”

Austin, the former aviator who has also mentored Barrett, praises his speaking skills as well, adding that “Reed has a compelling and inspiring story that resonates with people, and he is the real deal—what he projects is who he is.”

A few years ago, a friend of Barrett’s who flies for the New Jersey Air National Guard suggested that Barrett again consider applying to be a pilot. Remembering his dad’s advice to never give up, he decided to follow his buddy’s advice. He soon learned there were waivers that existed for pilots with the same heart condition he had.

After being tested extensively to ensure he’d be able to fly a high-performance aircraft with his heart condition, Barrett was granted the waiver. Last year, he was selected by the Washington, D.C., Air National Guard 121st Fighter Squadron to attend the Air Force’s Undergraduate Pilot Training program in Oklahoma.

“I am now medically cleared on all fronts to pursue a career as an F-16 fighter pilot,” he says. “I’ll have routine visits with a local cardiologist to keep a close eye on my heart, which will keep the waiver current and ensure the safety of myself and those around me.”

Barrett’s 54-week training was scheduled to start last month, and if he does well and graduates, he will then go through Introduction to Fighter Fundamentals school, then training for the F-16 aircraft. If that is successful, he will become an official F-16 fighter pilot at Andrews Air Force Base in Maryland.

“I can’t count the amount of times someone told me I would never be a fighter pilot,” says Barrett, who keeps a folder of denied applications and rejection letters he shows to people at his presentations. “There is one person out there willing to take a chance on you—you just need to keep pushing to find that person.”


Keith Loria is an award-winning journalist. Learn more at keithloria.contently.com. 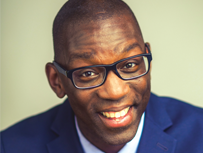 Educator and speaker Marc Williams, ACS, ALB, on realizing one’s potential and teaching others to do the same.