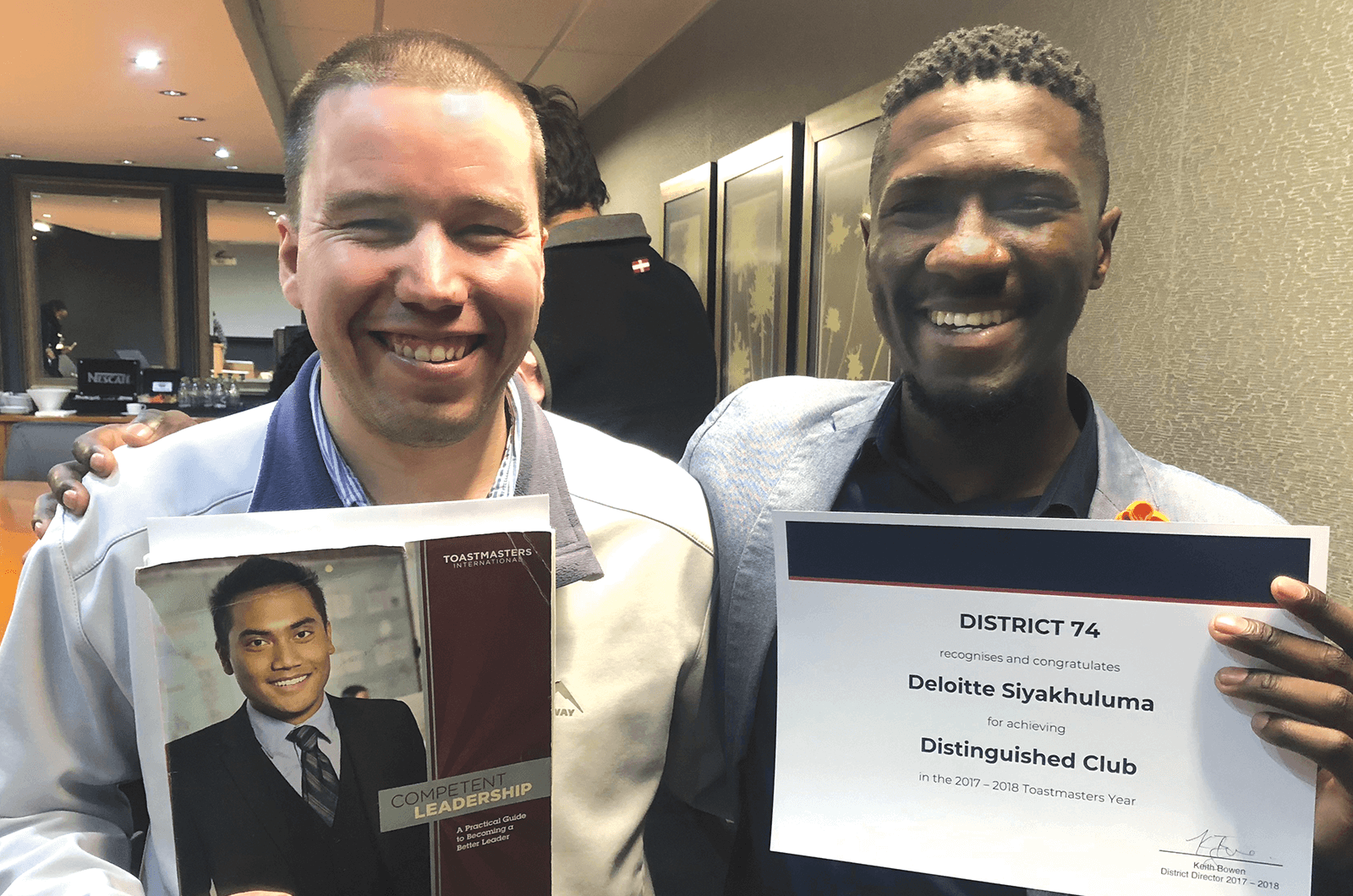 “Tell me about your favorite soccer team.” This Table Topic began the mentor-mentee relationship between Garth Thomson and Matimu Marcus Manganyi. Matimu had been working for an international management consulting company for only a few months when Garth, his coworker, gave a presentation on the social and professional benefits of Toastmasters.

After participating in a brief Table Topics session and learning about Toastmasters, Matimu approached Garth about joining the corporate club Deloitte Siyakhulma in Johannesburg, South Africa. Immediately, Garth showed Matimu how he could benefit from the experience to reach his personal goals.

Garth used his quirky and infectious energy to encourage Matimu to advance as a Competent Communicator, and their friendship continued to grow as well. As Matimu became more involved with Toastmasters, he noticed Garth always said the word “fantastic” in speeches, evaluations or any other suitable opportunity in a meeting. He dubbed his mentor “Mr. Fantastic.”


How do you explain your mentor-mentee relationship?

My relationship with Garth has developed from a mentor and mentee relationship to a friend, mentor and confidant relationship. We share not only our Toastmasters goals but our personal life experiences as well. Garth has opened avenues of learning for me and is always thinking of what’s next for himself—then he poses the same question to me. He’s challenging me to be an area director now. Garth epitomizes servant leadership.


What is the most important lesson Garth has taught you?

Have fun. That’s what he always told me to do. Garth mentored me for my Competent Communication speeches and throughout other leadership projects. He was with me during speech contests and always said, “Dude, have fun!” He stretched my leadership attributes by asking me to be vice president education in my ­second month as a member, and he was delighted to see me advancing in Toastmasters. Garth is absolutely a fantastic human and a fantastic Toastmaster.


What do you appreciate most about Garth?

He’s done so much for me. I gave one of my speeches about his mentorship and friendship, and it’s a speech I will share with my friends, family and future children. I’ll forever be a Toastmaster and forever be thankful for Mr. Fantastic. 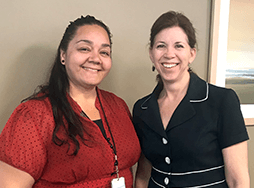