How your organization will benefit from 10 solid leadership strategies.

High-performing organizations and teams. We all admire them. They seem to do great work so effortlessly; it just seems to flow. How can that be? Often, they have installed a culture that just lends itself to high performance. Culture is the behavior of people that can be observed—the actions, rituals and things people do.

Culture is a term often misunderstood. Some think it belongs only to the arts, but it is a deeply human and social thing. Fundamentally, it is about the manner in which a group of people interact.

The right culture provides the glue that holds an organization together. It describes the way things “are done around here” without a constant need to explain it. A high-performance culture thus describes a culture that powerfully leads a group of people to great results almost on autopilot, without the need for constant re-explanation.

One example of a strong element in a high-performance culture is Procter & Gamble’s focus on data. When working for this more than 180-year-old company, employees just know to back up every argument with data. Leaders play a key role in transmitting the culture, and new employees tend to learn the protocol after about two weeks on the job.

While every organization, team, club or association is different, a leader can foster a high-performance culture by taking the following steps.


Define Your Purpose and Standards

Start with a strong purpose (i.e., a “reason for being”). In a company or a club, people have an impact on others; they make a dent in the universe because of their work and effort.

But defining an organization’s purpose is often only the first step, and maybe even the easiest. Making it stick and living it as a leader is where the “rubber hits the road.” Here is what to do next.


1 Set high standards and model them.

A key strategy to bring a culture to life is to focus on selected, observable behaviors. For example, in Toastmasters one way to encourage members to stretch beyond their current abilities is to set the standard of applauding after every performance, and to provide mentors to new members. These key behaviors need to be lived by every member, and the leaders need to set the standard and also “walk the talk” themselves. As former convention keynote speaker Patricia Fripp puts it, “It is not what you say you believe that is important, but what you model, encourage, reward and let happen.” 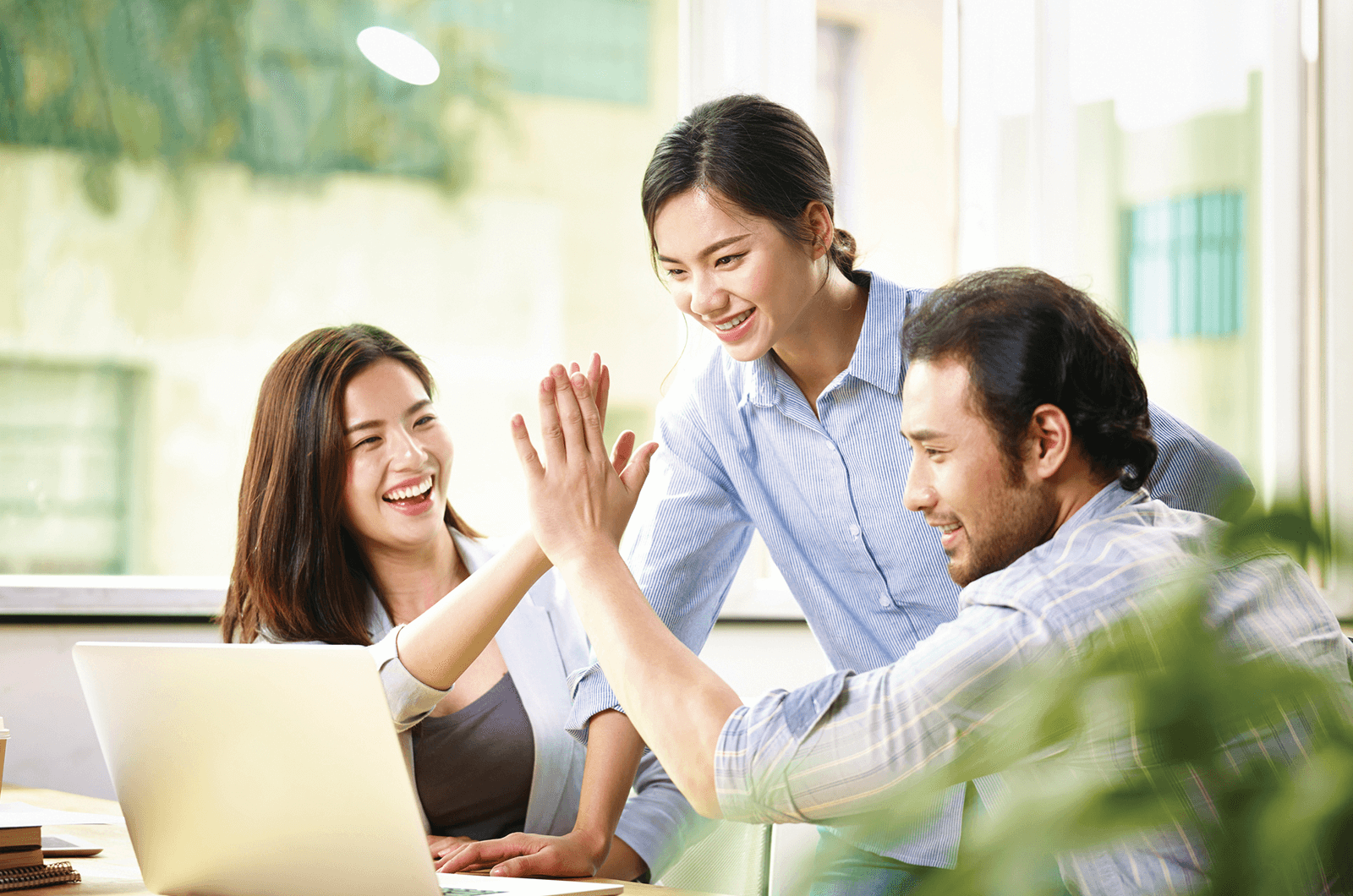 A key quality and hallmark of a high- performance culture is when everybody is a leader and takes ownership in their tasks. Individuals then do not need a lot of hand-holding. They are encouraged, and enabled, to have vision and bring thoughts and projects forward. For instance, when organizing a Toastmasters area conference, every person on the organizing committee should be encouraged to own their task “end-to-end.” People with great self-leadership don’t wait until they are being told what to do. They act, align, communicate and, most importantly, own their task, no matter what. The best way to promote this behavior is to constantly ask when someone on your committee or team comes up with a challenge: What do you propose? How do you think the problem should be solved? Do this instead of just providing the answers yourself.

Make one person, not a committee, responsible for a task “end-to-end.” This person will own the project. For example, if a Toastmaster holds a leadership role and cannot attend a meeting, that person is responsible for finding a replacement. The individual will completely own the position, fight for resources and push for completion, regardless of functional barriers or other challenges.

Leaders should extinguish a fire while it’s still small. That means seemingly small matters (e.g., a spreadsheet mistake or that one disrespectful sentence) must be discussed and addressed. Why? Because that shows “how things are done here.” And problems, like fires, are extinguished while they are still small—while it’s only a small discussion and not a huge year-end fight. As Steve Gruenert and Todd Whitaker state in the book School Culture Rewired, “The culture of any organization is shaped by the worst behavior the leader is willing to tolerate.”

Members of high-performance organizations communicate frequently with one another (through the use of social media and meeting debriefings, for example). It can be effective to take frequent pulse readings in an organization using technologies like instant polling (e.g., polleverywhere.com). The key is to enable exchange as fast as possible to quickly eliminate misunderstanding and friction. Quick alignments are key to avoiding confusion, especially in organizations where members don’t see one another every day. 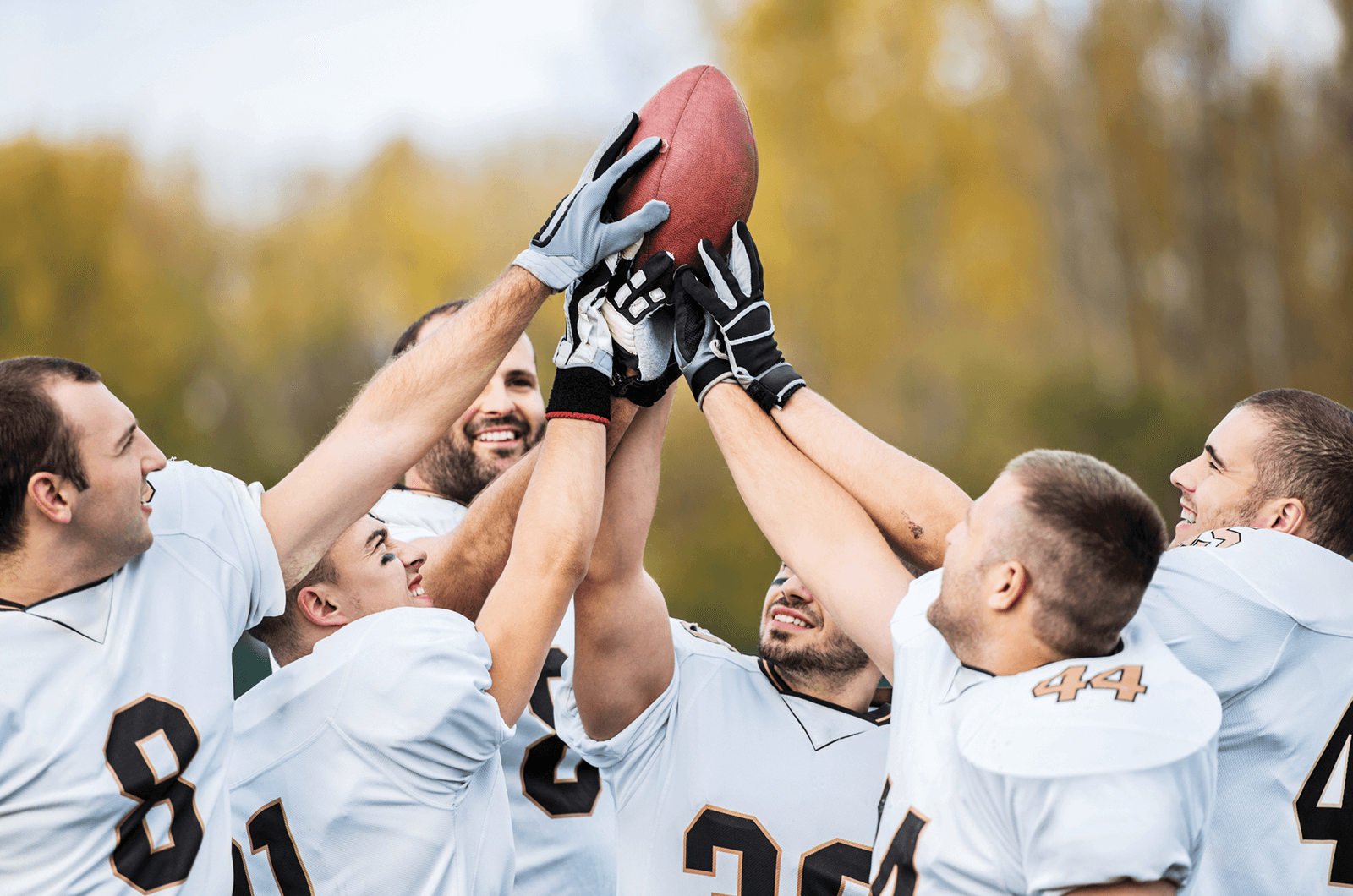 High-performance teams such as SWAT teams or sports teams have two things in common: They train together and review their training. This doesn’t happen often in a business or association setting. People are sent for training, and then come back. For high-performance cultures, teams can train together in how to operate and conduct meetings and presentations.

The best way to engage team members and employees is to teach the whole organization how to give energizing feedback that is actionable and can help individuals grow. This type of feedback is specific and positive. Toastmasters are great at giving feedback for speeches, but not always when it comes to committee work. There, sometimes everything is silent, without any feedback for months. Even worse, if things go wrong, it may cause members to stop communicating with one another. Why not make it a habit to install feedback for club committee work or meeting debriefings, for instance, every three months?

Frequently ask, “Why are we doing this?” When I was at McKinsey & Company, it was required to positively “take apart” a colleague’s idea on a frequent basis and play the devil’s advocate for a proposal or plan. It became part of the culture and was never perceived negatively. The same goes for all science debates. Nobel Prize-winning psychologist Daniel Kahneman argues that by installing formal roles that challenge organizational processes you not only relieve the stigma surrounding speaking up but also enable yourself and your team to avoid common organizational group-think pitfalls.

“The right culture provides the glue that holds an organization together.”


9 Try out new things and innovate.

Frequently test out new ideas, new ways of working, new approaches … and see what works. TED speaker and Google engineer Matt Cutts encourages “30-day challenges”: trying out a small thing for 30 days to see if it works. If it does, continue; if not, drop it. In this way the individual or organization is constantly improving. This is not limited to culture and overseeing a committee or team. Every Toastmaster can be innovative and should push to constantly reinvent themselves as a speaker and leader.


10 Get quantitative and focus on the real world.

Any organization that wants to have a high-performance culture should not only measure the output (i.e., results) but also the input, the key things that need to get done. The Distinguished Club Program (DCP) is a great starting point here, and you can take it one step further. For example, you could measure and track the number of coaching talks per week, the number of strategy updates per month, the amount of feedback requested and so forth. 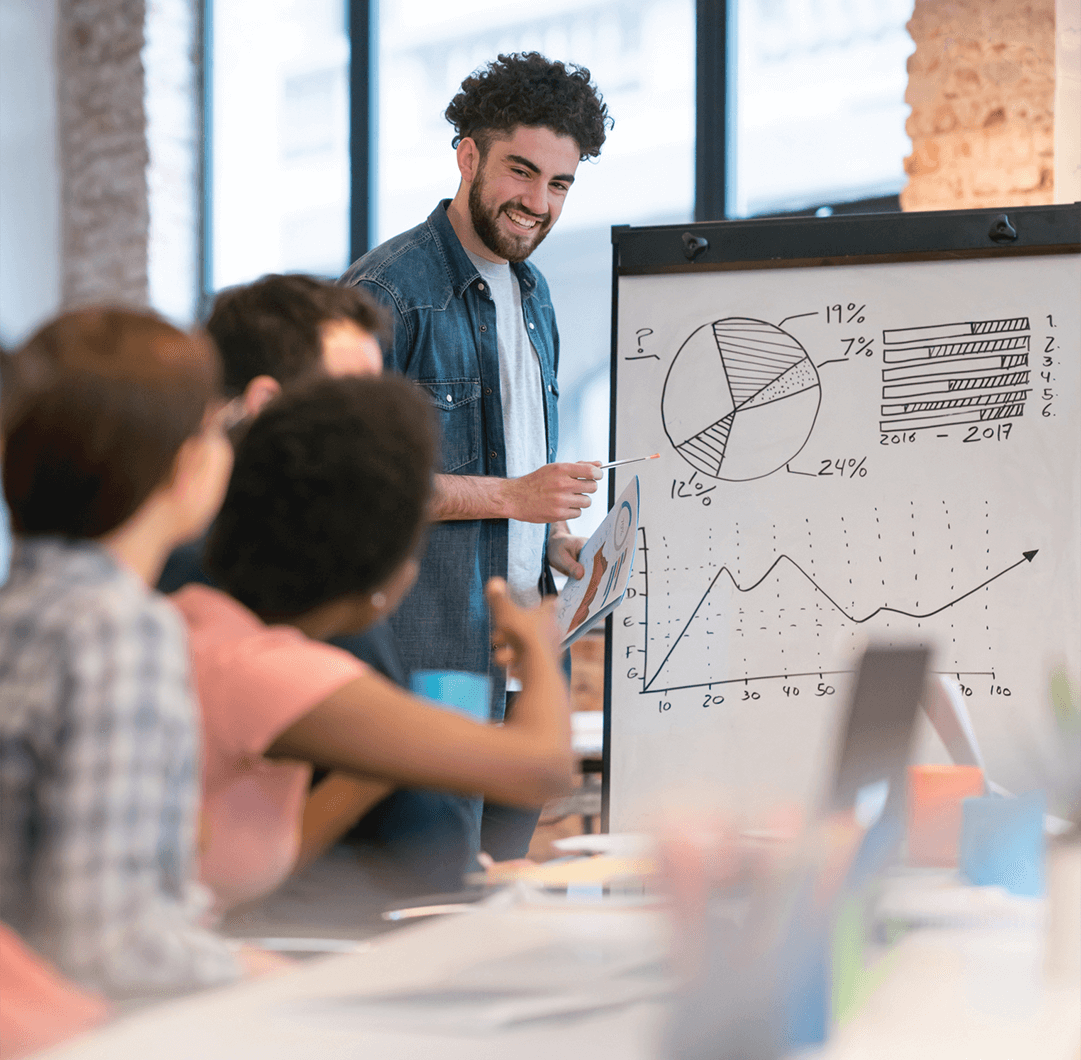 A high-performance culture pays off. Yet many leaders are marred in the day-to-day grind and don’t foster this type of environment. Those who wish to create such a culture are often fired up and want to implement it quickly, all in one go. However, it is much better to slowly improve a culture one step at a time. As Alan Weiss, author of Million Dollar Consulting, likes to put it: Work on 1 percent. If you improve by 1 percent every day, you will be 100 percent better after 72 days.

This approach will allow you to arrive slowly but steadily at your high-performance culture. Invest in that culture. Do it daily. It will help you as a leader, and it will make all the members of your club or organization become more effective.

Lars Sudmann, DTM is a keynote speaker and author, whose TEDx Talks have been viewed more than 500,000 times. He was an education session presenter at the 2018 Annual Toastmasters Convention in Chicago. Learn more at www.lars-sudmann.com and his newsletter, "The Power of Three."

How can you bring innovation to life as a Toastmaster?

Why not venture into giving a speech in a different language? Does this sound daunting? Technology has made it easier than ever to realize this via voice recording and translation apps, as well as Skype coaching. 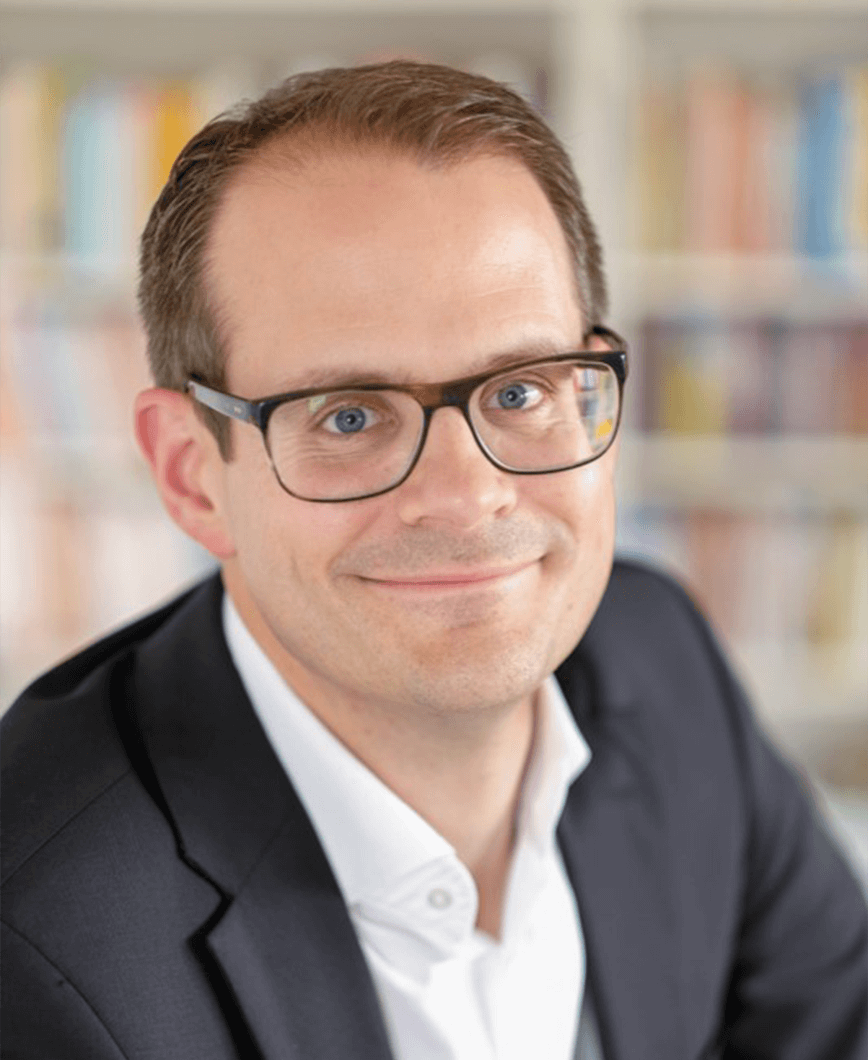 If you are part of a club or district committee, why not try out new ways of meeting and even approaching leadership? Why not try, for instance, a walking committee meeting? Toastmasters can be your “sandbox,” as programmers call the area where they create and test-innovate ideas.

The key is to constantly push yourself to new areas of life.