January 2023 View PDF
District 89 grows its clubs by hosting district and area level “open day” events that give members the opportunity to share information about Toastmasters with the public. Photo: Members of various clubs in District 89

Stir Up Excitement With an Open House or Demo Meeting

Take a show-and-tell approach to growing your club and district.

Nearly two decades later, in 1924, he successfully launched Toastmasters in California, putting the organization on a phenomenal trajectory. Today membership exceeds 345,000 in nearly 16,000 clubs in 142 countries.

Membership has grown because the Toastmasters program works. How can you play a role in this exciting growth process?

Districts grow in two ways: enlarge a club, and create more clubs. The special “open house” and “demonstration” meetings (also called “demo,” “launch” or “kickoff” meetings) are the most often-used formats to cultivate growth. An open house builds an existing club. A demo meeting creates a new one. Most members are familiar with an open house. It’s a fun, casual event, where guests can ask questions, meet members and get a feel for the unique Toastmasters culture. Demo meetings are less familiar to most members. They introduce the Toastmasters program to an entire group of non-Toastmasters with the goal of helping them form their own club. It’s conducted by an individual member, not a club, and feels more like an informational session than the more celebratory open house.

Let’s take a closer look at each type of meeting and perhaps you can see where you fit into the growth journey. 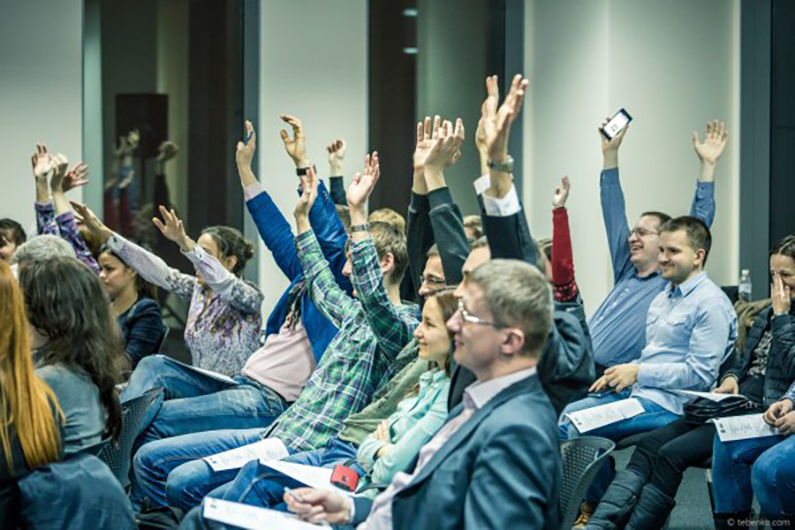 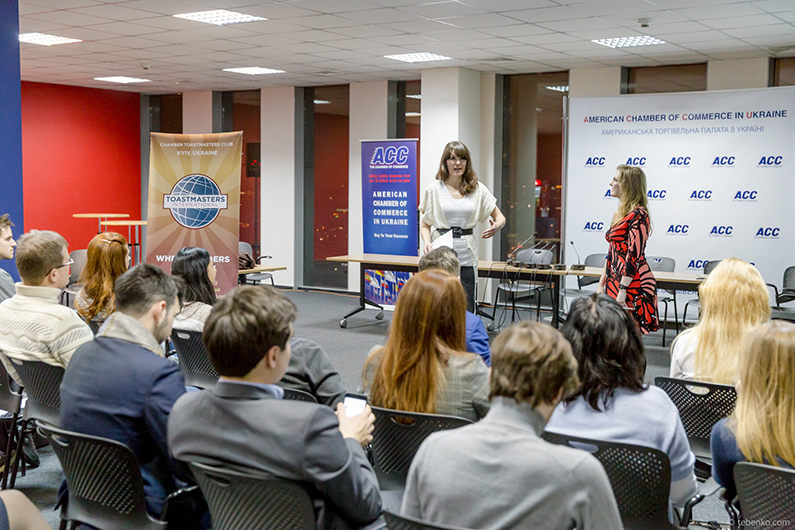 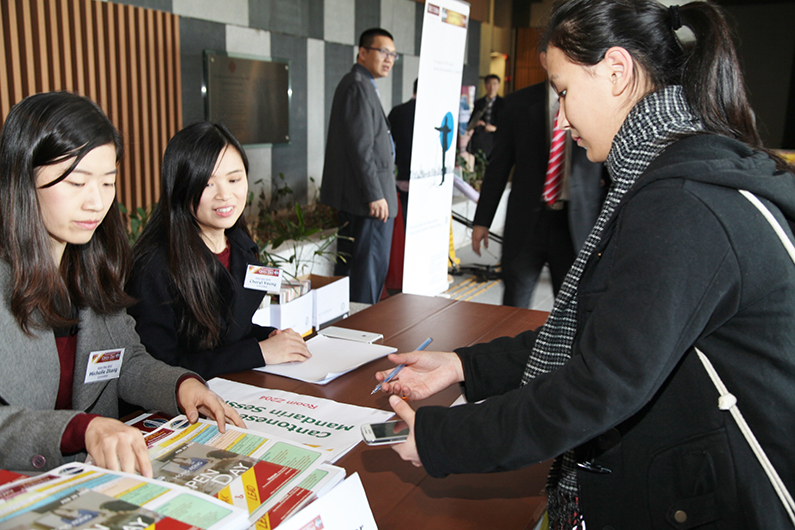 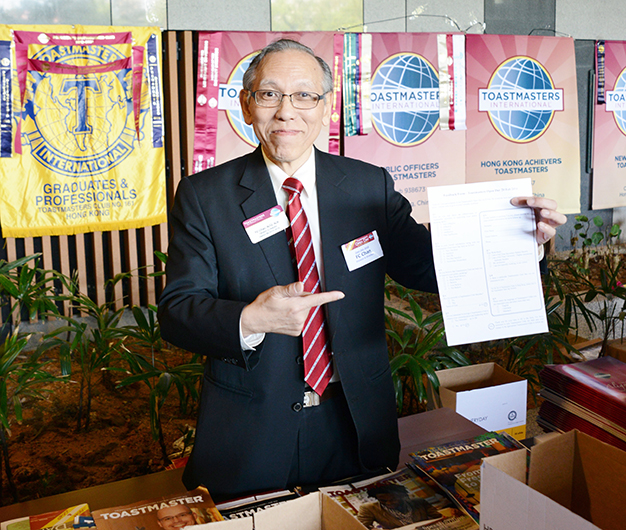 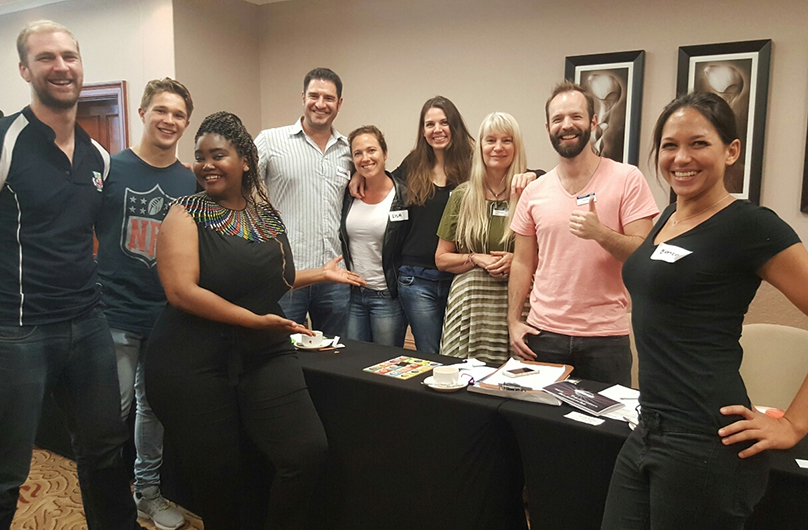 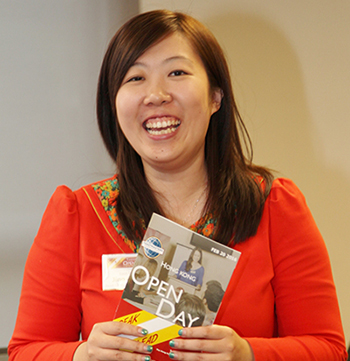 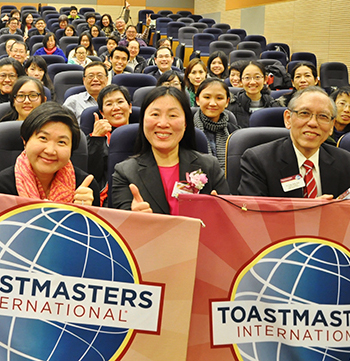 Tips for Conducting a Demo Meeting

Andrew Chiu, DTM, of Personal Development Toastmasters, North Hollywood, California, has helped charter about 30 corporate, community and specialty clubs. He describes the AIDA cycle of Attention, Interest, Decision, Action: “For a corporate demo meeting, you’ve passed the Attention and Interest phases, because the corporate leaders let you in. You might be past the Decision phase if a company knows for certain they want a club. The focus is entirely on the Action. This defines how you approach the demo meetings because now your close can be succinct and decisive.”

Kalelioglu’s enthusiasm is infectious. When there were no other Toastmasters clubs in Turkey, she was intentional about getting help. When asked how she did that, she says, “I sought out experienced Toastmasters, made myself visible and went to the International Convention year after year. As the first and only member from Turkey, I carried our flag onstage at the opening ceremony, made friends and asked for guidance. I shared all these experiences with the people in Turkey. I tried to lead by example, and I worked to become a DTM.”

Follow-up, such as an email, handwritten note or personal phone call, can help an undecided guest become an excited member. Get their permission to add them to the club email list and keep them on it until they unsubscribe. Past Division Director Dana Barnes, DTM, a member of three clubs near Cheyenne, Wyoming, says, “One visitor joined after 13 years (yes, 13!) because she kept getting emails.” Don’t get discouraged. Dana says, “We had a club here in Cheyenne with only three members. They had an open house in January and achieved President’s Distinguished in June. It can happen!”

A new club needs 20 members to start. If the required 20 want to join after a demo meeting, that’s awesome! But if not, don’t quit. Repeat the process of marketing and conducting demo meetings. Past District 10 Director Dave Wiley, DTM, a member of three clubs in Mayfield Heights, Ohio, says, “Corporate clubs usually start faster, within one or two meetings. But community clubs may take longer. Build the expectation with the group that they need 20 members to start. Maintain enthusiasm. Six or eight excited people can draw in more people, even if it takes more meetings. One of our strongest clubs took three months to charter. The demo team was creative with promotion, but they were patient and persistent.”


Perhaps Ralph Smedley would have had earlier success with one of these special meeting formats. Certainly, you can. Why not try your hand at hosting an open house or being part of a demo meeting team? There’s no better feeling than when a visitor says, “Here’s my application. I can’t wait to get started!”

How to Promote Your Open House and Demo Meeting

How to Promote Your Open House and Demo Meeting

Enlist the human resources department and line managers to promote a corporate kickoff meeting through their internal channels, such as a companywide email, closed-circuit video, or by posting or distributing fliers.

Post your event on Facebook, Twitter, LinkedIn and other social media channels. Create a short promo video on YouTube or Vimeo and link it to your posts. Use Meetup or other networking sites to promote. Leverage your personal connections to spread the word. Use Eventbrite or other registration-tracking services to keep count of RSVPs.

Do an internet search using your city with the word “event” to see where other events are posted, and post your event to that site.

Invite past club members and ­visitors. Tap into people with large networks or strong influence to reach more people.

Use low/no-cost media outlets such as smaller community publications, trade magazines or local access television channels. Offer to do live interviews with a media ­outlet or podcaster.

Repeat and layer as needed. One post, email or flier is not enough. One of each is better, as long as it doesn’t become ­irritating or pushy.

And don’t forget to use the tools that Toastmasters offers: