The ABCs of Toastmasters Acronyms 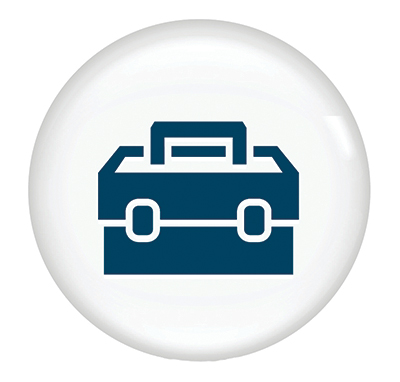 Have you ever visited a country where they spoke a language you didn’t know? In 1970, I had visited Japan with my university band. Fortunately, we had tour guides or I would have been lost. I neither spoke nor read the language. I didn’t even recognize the characters in the alphabet.

When you first join Toastmasters, your experience might be somewhat similar. Listening during meetings can make you feel like you’re swimming through alphabet soup. ACS, DTM, VPE, PDG, TLI, HPL, DCP. While over time you will figure it out, let me bring you up to speed a bit more quickly by briefly describing some of the basics of the Toastmasters culture—at least those terms you need to know now.

As you have no doubt noticed, many members have letters listed after their names. Those letters designate the progress they have made in the communication and leadership tracks. Many of those members have two sets of letters, corresponding to the two tracks. For instance, “CC, CL” indicates that they are both a Competent Communicator (CC) and a Competent Leader (CL), having completed the requirements for both of the ­manuals that you received in your Toastmasters welcome packet.

The Leadership track has two advanced levels—Advanced Leader Bronze (ALB), and Advanced Leader Silver (ALS). You earn them by taking on leadership positions within the organization.

When you achieve both the ACG and the ALS, you become a Distinguished Toastmaster, or a DTM.

So what are those leadership positions that I mentioned? You may have heard of terms like VPE, VPM and VPPR bandied about during a meeting. These are three of the officer roles within the club. A club functions with a total of seven officer roles that members can volunteer for, and I assume that president, secretary and treasurer are self-explanatory.

VPE, or vice president education, ensures all meeting roles are filled and members are achieving their goals. VPM, or vice president membership, works with guests to bring them into the club. VPPR, or vice president public relations, promotes the club to the outside world. The sergeant at arms takes care of club supplies and the meeting setup.

To give the individual clubs full support, Toastmasters has an extended organizational structure run by members like you.

The first level above the club is the area. Each area has an area director who assists typically four or five clubs to keep them informed of Toastmasters news, meetings, etc. Four to six areas make up a division, that has its own division director. Above the division is the district. The district director, along with a number of other district officers, supports about 200 clubs. The district director is the one you will most likely hear about.

I will warn you, though, that up until a couple of years ago the directors were called “governors.” You still hear that term used, especially in reference to past district governors, so don’t be confused. They are the same thing.

To further ensure clubs are providing value to members, Toastmasters International has developed a series of measurement criteria. This is known as the DCP, or the Distinguished Club ­Program. You will, no doubt, hear frequent reference to it, especially around June, which marks the end of the Toastmasters fiscal year.

There is a lot more to the Toastmasters experience, and with the rollout of Pathways, Toastmasters’ new education program, there’ll be still more to come. But the information here should get you through a typical meeting without feeling like you need an interpreter. In fact, before long, you might qualify to be one of those interpreters yourself. Now sit back and enjoy the alphabet soup.