Rising from the Shadows of War

How Toastmasters helped me cope with PTSD and reshape my brain. 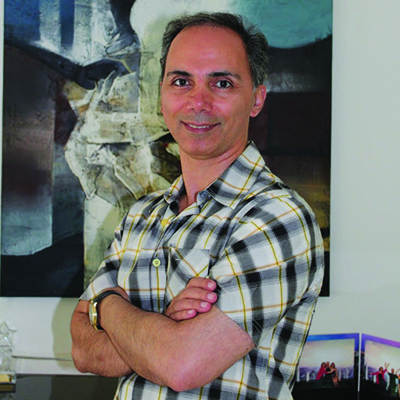 War changed my life. In 1980, Iraq invaded Iran and a horrifying conflict raged on between the two countries for eight years. In 1983, I was drafted into military service in Iran to fight in a war I didn’t believe in, for a government I opposed. That service left me with serious psychological and emotional scars. I will never forget the tragedies I witnessed, including the death of a friend. Years later, post-traumatic stress disorder (PTSD) paralyzed me. I found giving my full attention to certain activities very difficult because of my obsessive inward focus on debilitating symptoms, including heart palpitations and chest pain.

This all started when my friend was shot dead. The scene was harrowing: A bullet had torn through his chest and his heart had been pushed partly through his ribs. After I witnessed that, anything related to the heart or chest, or to war or other violent scenes, could fire up a circuit in my brain that automatically triggered my symptoms. It seemed to be completely out of my control. That inner focus, coupled with chest pain, would trigger feelings of disempowerment and despair, anger and frustration, as well as the fear of heart attack and death.

It is difficult to perceive the outside world when looking through a microscope, but I couldn’t pull my eyes away. I was terrified of the flashbacks and nightmares I was having.

I felt dizzy, my mouth was dry, and I had shortness of breath. I whispered in amazement: This is fantastic!

Finally, years later, in Australia, I regained some balance through therapy and personal study. It is easier to use the word “recovery” for physical injuries or illnesses, as those are more tangible and can be measured more easily. When it comes to nervous illness and psychological disorders, it is harder to gauge improvement. Disruptive circuits in my brain had been dominating my moods, thoughts and physical state—and quite simply, my life. After receiving professional help I became less paranoid, but still many images, memories and even thoughts could trigger my symptoms and make me startled and unsettled. I had to find ways to lessen their effects. This meant I had to make major changes deep within my own psyche, changing my biological nature.

During my first job at a consulting firm in Sydney, in 2001, I deliberately avoided telephone conversations and contact with clients or even my colleagues, as I was afraid of the potential humiliation of making mistakes. The firm’s secretary noticed my fear of expressing myself and suggested I join a Toastmasters club.

When I visited the first time, I was impressed by the warm welcome I received. I listened to three prepared speeches and watched Table Topics. Still, I was terrified of speaking in front of total strangers.

After a few meetings I allowed my nerves to be tested during Table Topics. After that, I decided to give my first prepared speech: the Ice Breaker. Although I had been living with my own familiar fears for so long, it was amazing to notice that the fear of public speaking didn’t fire the unwanted circuits in my brain; I felt something different and very powerful, which overshadowed my other fears. Surprisingly, speaking didn’t trigger my heart palpitations either. Instead I felt dizzy, my mouth was dry, and I had a shortness of breath. I whispered in amazement: This is fantastic!

Considering the shadows in my head, I realized that Toastmasters was exactly what I needed: to put myself in a situation where my inward focus would be overpowered by an external activity, dealing with the fear of a real challenge instead of being consumed by the unreal fears in my head.

Similarly, with the guidance of a therapist, I applied a few more methods to stabilize new and constructive brain circuits and get on with my life. It was neither simple nor easy, but my future depended on reshaping my brain, and I managed to make that happen. My experience is a testament to the positive impact the Toastmasters program can have on one’s mental state.

Saeed Fassaie, ACS is a member of Lane Cove Toastmasters in Australia. He is a design manager at SRG Limited and author of Rising from the Shadows, a memoir about revolution in Iran and his struggle with post-traumatic stress disorder.