Breathe New Life into Your Club

Seven strategies to energize your meetings. 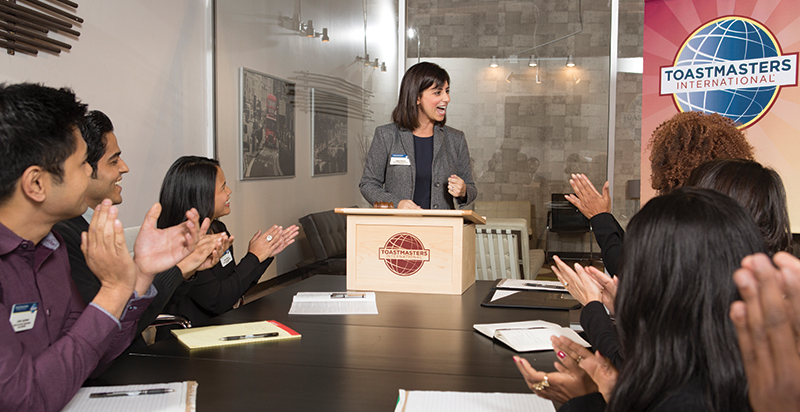 "Thursday is the best day of the week.” With those eight words, the president of Seattle General Toastmasters club, in Washington state, closes our Thursday morning meetings. His unstated premise: These meetings make this day of the week special.

Hyperbole? Sure. But it’s no exaggeration to say that Seattle General Toastmasters is a highly successful club. It has operated continually since its founding in 1945. Its roster usually hovers around 30 members and its meetings routinely draw 18 to 20 attendees.

These high-energy meetings, which serve as a valuable tool for turning guests into members, are no accident. Rather, they’re the product of the seven strategies our club employs, some, or all, of which other clubs can profit from.


Your scheduling model should enable the scheduler to assign members to meeting roles fairly and give them sufficient time to prepare for the roles or find replacements.

Our club uses “self-scheduling,” which works like this: All club members can access the club’s website on Google Docs. Every two months, our scheduler posts a fill-in-the-blank form on the website that asks members to schedule themselves by a cutoff date.

The form covers two months in advance, which in effect gives club members two months’ notice of future meeting roles. ­Members unable to attend a meeting can use the website to indicate their unavailability.

After the cutoff date, the scheduler fills in the blanks with the names of members who didn’t schedule themselves or notify the scheduler of meetings they won’t attend.

Give participants additional notice of their roles before a meeting.


It happens at every club. A member signs up for a role or speech in an upcoming meeting and forgets about it. This can be particularly troublesome when the forgetful member is a scheduled speaker who then becomes hard-pressed for time to properly prepare a speech. And a poorly prepared speech weakens a meeting.

This is why the Toastmaster should contact everyone on the schedule no less than four or five days before a meeting to confirm that they’ll attend the meeting and be prepared to perform their roles. Members should be reminded that if they can’t attend a meeting, it’s their responsibility to find a replacement for the role they were to play.


Seattle General Toastmasters accomplishes this in two ways. First, after opening the meeting, our president calls on the “early bird,” a role our club has created to lead us in some form of physical or mental activity. For example, we may be directed to take a walk around the room or do a yoga stretch. The person holding the early bird role then provides a brief quote or two as food for thought.

High-energy meetings, which serve as a valuable tool for turning guests into ­members, are no accident.

What typically happens next is the president informs us it’s national “something” day or week or month. Let’s say it’s National Pigs-in-a-Blanket Day. (Honest, there is such a thing.) The president says, “Please stand, state your first and last name, and in a sentence or two tell us why you like or dislike pigs in a blanket.” One by one, all present—guests included—stand, state their names and briefly respond to the president’s question.

These introductions give members without a role an opportunity to speak. Together with the physical activity, our 7 a.m. meeting is off to good start.


A theme provides structure to a meeting. Virtually all of our club meetings have a theme, which is chosen by the Toastmaster. Themes can be serious (favorite teacher), humorous (dumbest TV series) or quirky (worst teenage date)—it’s the Toastmaster’s call. From this, the Topicsmaster can create topics tied to the theme.

Before each meeting, our Toastmaster crafts a question he asks of all participants, and during the meeting, each response is woven into each individual introduction.


I’ve never attended a play or a musical that began on time. But a Toastmasters meeting is not a theatrical event. Failure to start a meeting on time or finish within a certain time frame projects a less-than-professional image of your club. Guests are not impressed by that kind of image.

Also unprofessional is when a speaker or other participant significantly exceeds his or her time limit. At Seattle General Toastmasters, once an individual exceeds the maximum time, our timer strikes a small gong. Wrap up quickly, it warns the offender. Those gonged become ineligible to compete for a first-place ribbon in their role category.

Make sure guests “feel the love.”


Every Toastmasters club—and Seattle General Toastmasters in no exception—experiences attrition. To remain viable, a club must compensate for member losses by converting guests into members.

When you add a large dose of laughter to a meeting, the event becomes more lively, more fun and, yes, more unforgettable.

Many clubs do a decent job of welcoming guests, but Seattle General Toastmasters enhances the welcome by taking the following steps. First, we offer each guest a chance to participate in Table Topics—no arm-twisting, just a soft sell. Second, at the end of a meeting, we ask guests for their reaction to the meeting. Finally, we explain to guests how manual speeches build speaking skills, and we show them copies of Toastmasters manuals.


As we Toastmasters know, humor is often appropriate—even in a serious speech. So, also, is humor at a Toastmasters meeting. At Seattle General Toastmasters we laugh a lot—some might say we howl. We’ve found that when you add a large dose of laughter to a meeting, the event becomes more lively, more fun and, yes, more unforgettable.

How do you foster laughter? A good place to start for our club is when the president opens the meeting (See strategy number 3). Another good place is the theme-related introductions the Toastmaster uses when introducing the speakers (See strategy number 4). Another good time to introduce laughter is during Table Topics. But your club needn’t follow our template. For example, your club could create a “jokester” role, whose job it is to start each meeting with a joke. Once you start laughing at a Toastmasters meeting, it’s hard to stop.

Over time, our club has found that these seven strategies reinforce one another and add valuable energy to our meetings. In turn, the meetings produce a climate of excellence, which leads to improved speeches and evaluations and better meetings. Adopt one or more of these strategies, and before long, your club will be able to say that its meeting day is the best day of the week.

Paul Freeman, ATM a semiretired freelance writer, is a member of the Seattle General Toastmasters club in Seattle, Washington.