The 2022–2023 Toastmasters International President is a man of many talents.

In this Toastmasters Podcast episode, hear from International President Matt Kinsey, DTM, and learn how he plans to lead Toastmasters members in the 2022-2023 year.


Matt Kinsey, DTM, is a father, grandfather, and husband, as well as a musician, business owner, Boy Scouts volunteer, bicyclist, and bookworm. The 2022–2023 Toastmasters International President, elected last month at the International Convention, has an eclectic mix of interests and hobbies, with much to offer his fellow Toastmasters. But he’s also open to learning more himself—which is apparent when you find out that he plays eight instruments and takes on every speaking opportunity he can.

After serving as a minister for two years and participating in speech and debate for most of his schooling, Kinsey didn’t feel nervous speaking in front of people. So, what prompted him to visit his first Toastmasters meeting? Honestly, he says, it was because the club was giving out free food. However, what he found most intriguing about Toastmasters wasn’t what was on his plate—it was the evaluation portion.

“It was a challenge for me, because I was really good at finding everything somebody did wrong, and I was also good at receiving [comments on] everything I’d done wrong. I was not good at receiving things I’d done well, and I wasn’t good at sharing things others had done well,” Kinsey explains. “I knew I needed to get better at it. That’s really why I joined, and I evaluated every chance I got. I was speech evaluator my very first meeting.”

“There's no doubt in my mind that I am prepared to face whatever is thrown at us this year.”

In 2007, Kinsey left his corporate job and started what became an IT-managed service provider. “Essentially we were the IT department for our customers,” he explains. After 14 years of continual growth, Kinsey merged with a few other companies to create a larger entity in December 2021. Now he serves as the managing director and chief information security officer and the company manages just shy of 500 client workstations. 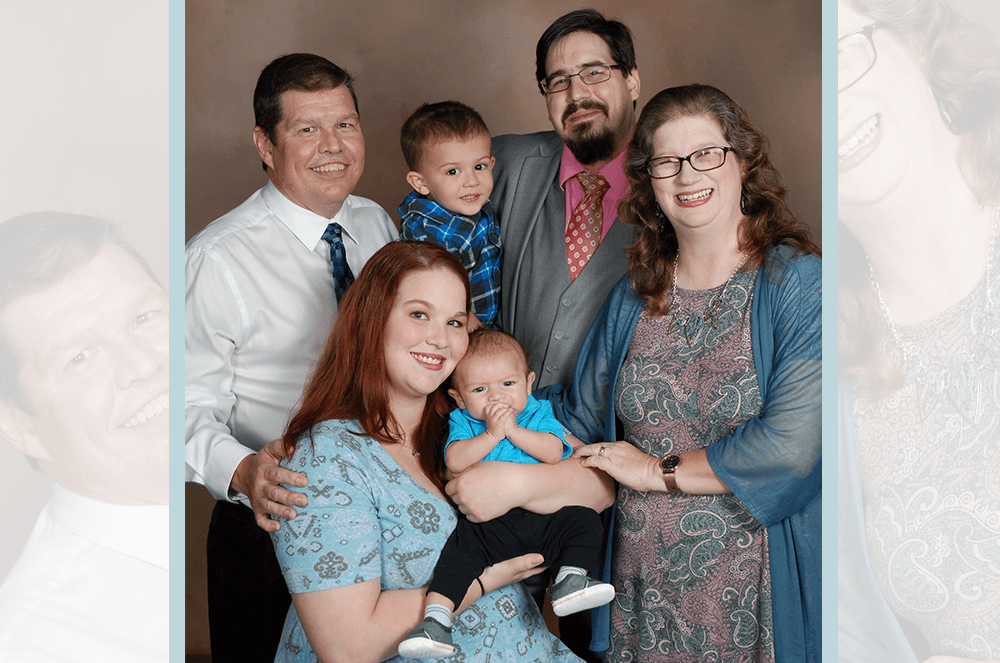 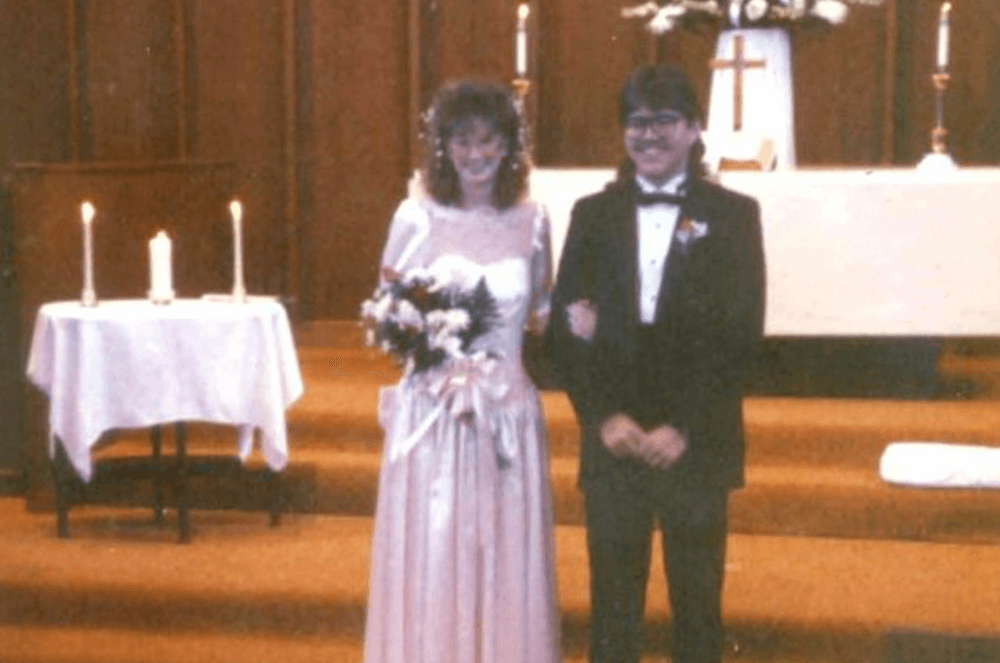 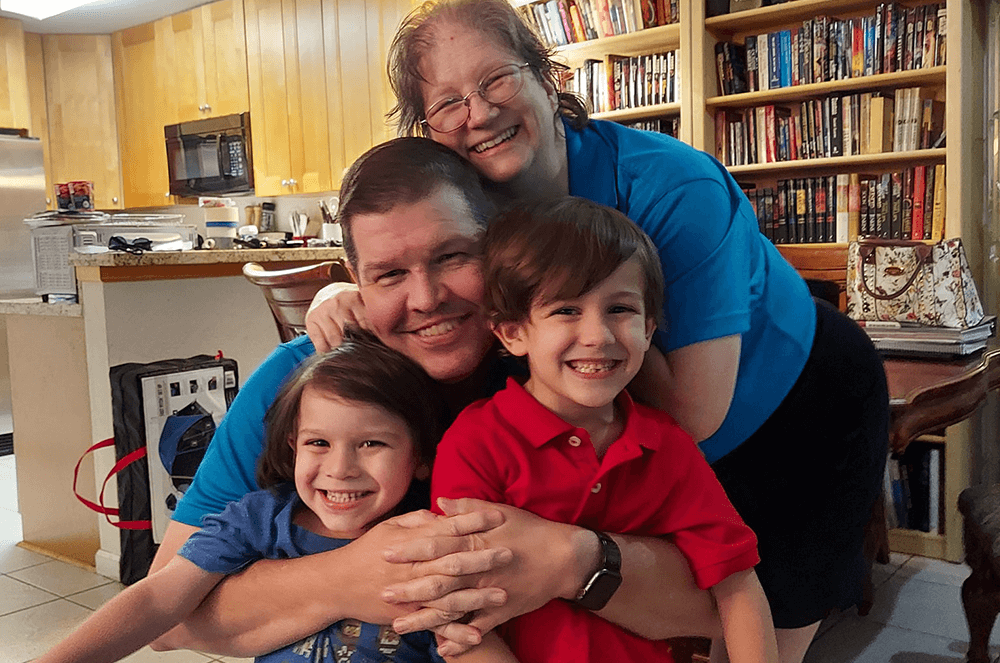 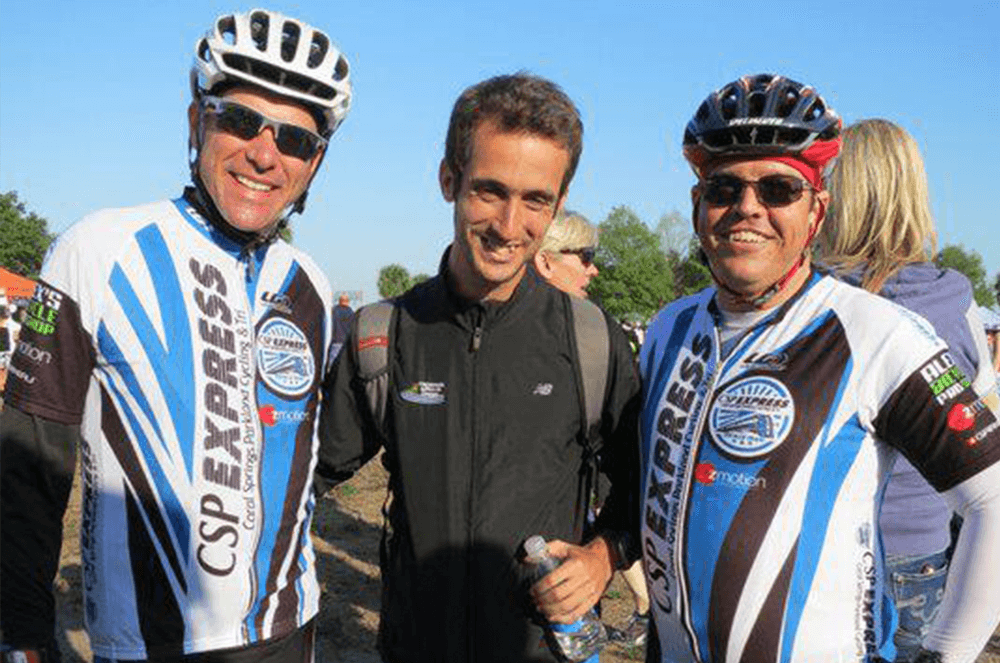 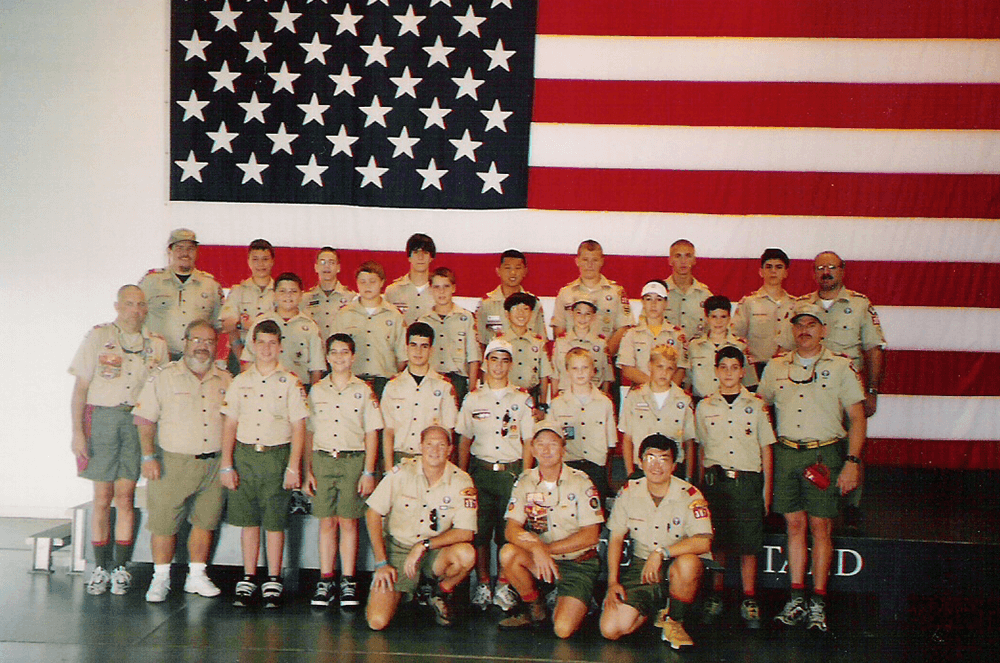 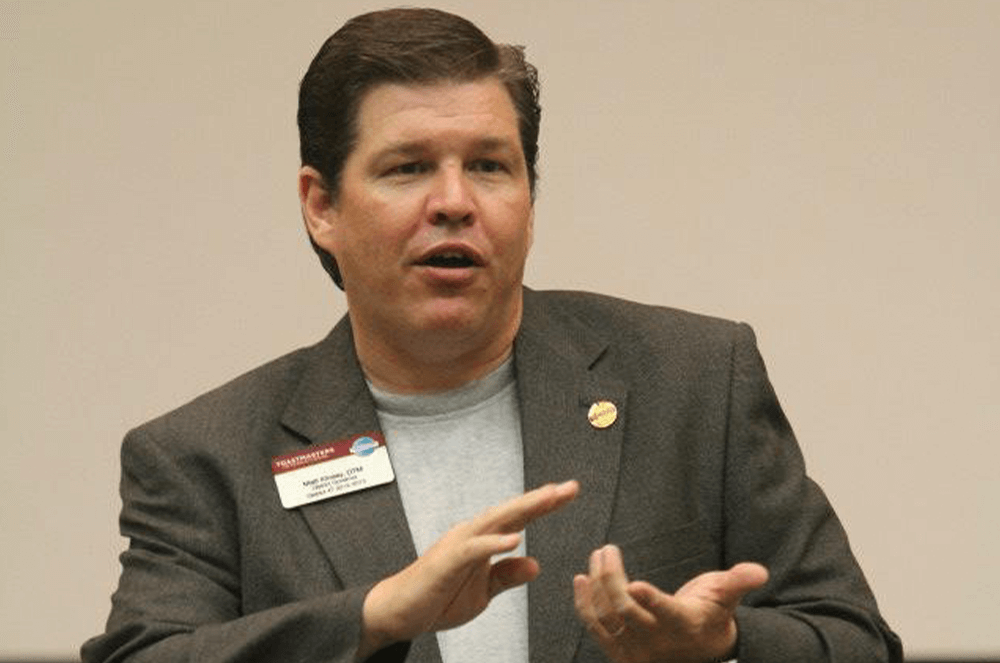 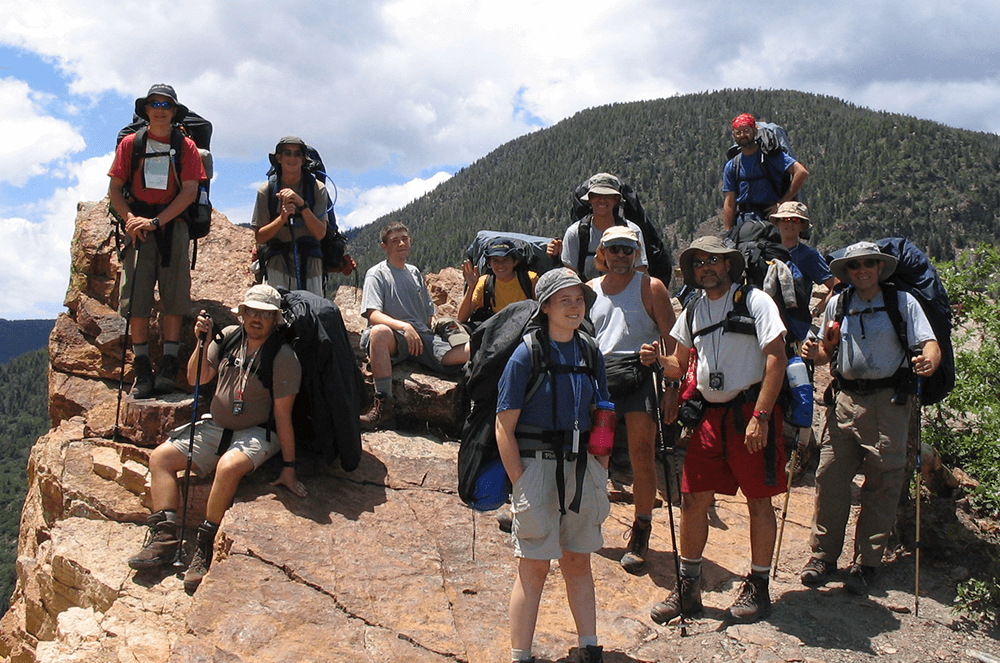 Kinsey’s Toastmasters and business experiences led him to adjust his leadership style as well—though he says that took a while. After serving in numerous roles from the club to District level, Kinsey ran for International Director in 2014—and lost. But he says that loss is one of the best things that ever happened to him.

“There were lessons I needed to learn, and the only thing that was going to bring that into focus was when it became an obstacle for me,” Kinsey says. “I was succeeding despite some of these blind spots I had. If you’re doing well, you don’t tend to reflect as much. I needed that time.”

One of those blind spots Kinsey faced was understanding heart-led leadership versus head-led leadership. He spoke with many leaders and Past International Presidents, and even hired a professional business coach to find out what was inhibiting his success. They all pointed out that he was focused on results—not relationships and people.

Kinsey explains, “That has drawbacks, and when you’re results-focused and you’re not getting the results, your less admirable traits come out.”


While he still loves to see results, Kinsey has learned to slow down and connect with people. Describing himself as a direct communicator, he puts value in learning others’ communication and leadership styles. Fortunately, it wasn’t difficult for him to learn how to put people first and focus on what they needed from him before diving in.

“It’s funny because it was just a real lesson in how relatively small changes create this huge impact,” he says. “I didn’t feel like I made any massive changes, but if you talk to people, they think I massively changed.”

By focusing on leading with his heart and making connections rather than only looking for results, Kinsey noticed people’s perceptions of him shifted for the better. He ran for International Director again in 2016, and after two years of self-reflection, coaching, and tweaking, he won. He represented Region 8, encompassing seven Districts in the United States and the Caribbean.

Looking back, Kinsey believes that the experience of not being elected in 2014 ultimately made him a more effective International Director and International Officer. His journey was exactly what it needed to be to give him time to grow. And today, he feels fully prepared to serve as International President.

Plans for the Future

Kinsey is focused on being the kind of President Toastmasters needs. “We need inspiration right now. We need focus. There are so many distractions.” He explains that leaders can get distracted from their District’s or club’s mission, and he wants to motivate other leaders to home in on what their members need to achieve their District or club mission.

“We need courage,” Kinsey says. “Not just on my part as President, but courage on the part of the Board and our Region Advisors and our District leaders. Whatever I can do to inspire people to have courage—I think that’s what we’re needing right now.”

With a laser focus on courage and inspiration, Kinsey is looking forward to the opportunity to make a difference in Toastmasters. He’s ready to bring his own unique style to the Board and feels prepared to tackle difficult issues and find solutions—something he genuinely likes to do.

“I love working on thorny, sticky issues where there’s no answer. We just have to navigate through it and figure it out the best we can,” he explains. “Those are the types of problems that keep me awake at night, in a good way.”

“What we do as an organization matters. What we do on a daily basis matters to this world. This is a noble movement because we are empowering people to go out and make a difference in their world.”

Kinsey is looking at the role of International President from a unique vantage point. Shortly before his interview with the Toastmaster, he had the sudden realization that he’d been saying “when I assume the office of President,” not “when I am President.” This slight shift in wording brought to his attention that he is much more stewardship focused than focused on the position itself. “It’s not about me being the President. It’s about me holding the chair of President.”

Kinsey has been surrounded by good examples of stewardship-focused leaders while serving on the Board of Directors. He is most proud of the way they approached the pandemic.

“We took care of people first, business second, and money third. The first decisions that came out were to protect the health and safety of our members,” Kinsey explains. The Board worked to find ways to continue operating around the world in a safe way.

After helping to tackle the daunting issues related to COVID-19, Kinsey is ready for the 2022–2023 term. “There’s no doubt in my mind that I am prepared to face whatever is thrown at us this year.”

While he’s proud of the Board and its accomplishments, as a parent, Kinsey will never forget the moment when he was recognized as his son’s father in the Toastmasters setting. “It told me he had created his own space and name for himself in Toastmasters,” Kinsey explains.

That’s right—Kinsey’s son, Brandon, is also a longtime Toastmaster and DTM. In addition, his daughter, Erin, was a member in 2013, but she shifted her focus to working and raising her two children with her husband, Justin. Everyone in the Kinsey family joined Outspoken Toastmasters—the club Jeanine and Matt chartered in 2010.

Both of Kinsey’s children live within a few miles of his home in Coral Springs, Florida, and have helped him stay grounded while he follows his passions, which include playing instruments such as the trumpet, Irish flute, piano, and French horn; reading (he has three books in progress at any given time—fiction, nonfiction, and a business-oriented one); and riding his bicycle, which he estimates he’s ridden a quarter million miles in his lifetime. If you’ve heard any of his keynotes, he has likely spoken about bicycling or a related analogy.

Kinsey’s son inspired his love for another nonprofit when Brandon introduced him to The Boy Scouts of America 26 years ago. “When he was in second grade, he dragged me to a meeting, and I left as the Den Leader,” Kinsey recalls. “Then I became Cub Master.” And his involvement only grew from there. Kinsey has led numerous hiking trips for Boy Scout troops, including out-of-state backpacking trips to New Mexico, and out-of-country trips to England and Ireland to celebrate 100 years of Boy Scouts in each of those countries.

Two of the awards hanging on his office wall were given out and determined by the scouts—the Vigil Honor and the Scoutmaster Award of Merit. Kinsey says, “Those are the ones that are really important to me because it’s the kids who decided I am worthy of that recognition.”

Ultimately, Kinsey says he loves working with and helping others. He enjoys volunteering for Boy Scouts because it does so much for young people. Not only that, but it reminds him of his dedication to and passion for Toastmasters.

“I look at scouting and Toastmasters, and fundamentally they’re doing the same thing, which is helping people build their confidence,” he shares. “They’re all about building people up in a positive and supportive environment.”

Kinsey juggles many talents and interests, so it should come as no surprise that he plans to continue pushing himself during his term. “I will continue to seek feedback to make sure that I keep growing and challenging myself,” he says. He wants to set an example for others to also challenge themselves. “It’s my job to help them along the way.”

Kinsey says he’s a big proponent of connection and moving forward and, fittingly, compares the Toastmasters journey to riding a bicycle. “It’s very difficult to balance a bike that’s not moving. It’s very easy to balance a bike that’s moving,” he explains. “I think life is the same way. If we’re static and we’re not growing, it becomes really hard to find that balance.”

One of the most important things Kinsey wants members to know is that he truly believes in what Toastmasters stands for. “What we do as an organization matters,” he says. “What we do on a daily basis matters to this world. This is a noble movement because we are empowering people to go out and make a difference in their world.”

Kinsey is ready to make a difference in his time as the 2022–2023 International President. Are you? 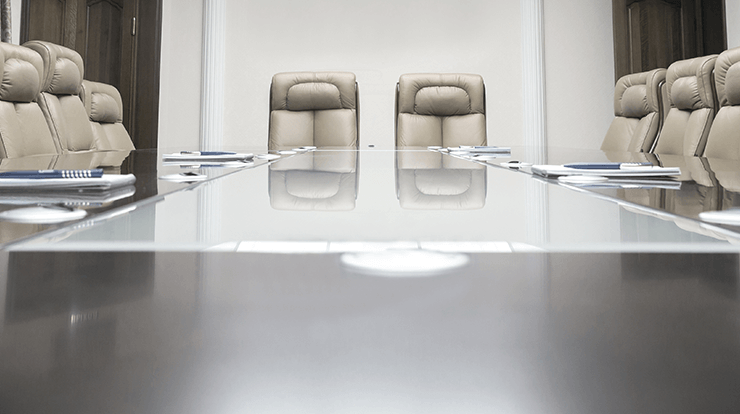 Does the Board of Directors Beckon You?

Consider being a candidate for International Director. Serving in the role brings growth, emotional rewards, and new Toastmasters friends.