The Most Important Speech

Overcoming my fear of public speaking helped me tell my father’s story.

By Robert A. Nevarez 
Listen to an exclusive podcast interview with Robert A. Navarez and the hosts of The Toastmasters Podcast.

My father, Prudencio Carrera Nevarez, was born in Durango, Mexico. There was no electricity, running water, or phones. People there existed on whatever they grew and raised. My dad told fond stories of his childhood; however, as a young person, he wanted more for his life and for the family he hoped to one day have.

When my father immigrated to America in the early 1950s, he worked traditional jobs reserved for first-generation immigrants, such as dishwasher and farm laborer. Despite not speaking English, Dad had an engaging personality that helped him develop relationships.

He eventually landed a job at a cannery and did entry-level work. After a few years, he was promoted to a management position, even though he now spoke broken English, at best.

My dad cheered me on to achieve professional success, but when it came to his own ambitions, he would panic at the thought of speaking publicly. He confided to me how he dreaded speaking and avoided meetings whenever possible. As somebody so bold and courageous in other aspects of his life, he was angered by this inner struggle.

“Lo peor en la vida es el miedo,” he would tell me in Spanish. Translated: “The worst thing in life is fear.” He warned me not to fall into the same trap.

My father’s example of honesty and integrity led me to a career with the Fresno (California) Police Department. I was promoted to a management position and soon learned that management roles also required public speaking. Whether addressing a large community gathering or doing a television interview, I experienced sweaty hands, shortness of breath, dry mouth, and a limited vocabulary.

Like my father, I could avoid situations that required public speaking. I could find a job without a requirement to speak publicly. Or I could find a way to overcome this fear.

I found out about Toastmasters. Out of a desperation to not be bound by the same shackles that weighed down my father, I immediately joined. Through Toastmasters I learned to experience fear and understand it would not hurt me. With commitment and repeated practice, I got to the point where the anxiety of public speaking faded and I learned to enjoy the experience. My improved skills and comfort level would be vital when I later became a police chief.

As the top cop in Delano, California, I was frequently called on to speak publicly at town hall meetings, block parties, and sometimes heated city council sessions. The greatest challenge came when addressing families who had lost loved ones to gang violence. I needed to communicate heartfelt empathy on behalf of the police. Appreciative widows and mothers assured me my words had found their way.

In December 2012, my father turned a strong and healthy 80 years old. Early the following year, however, he contracted fungal meningitis and ended up in the hospital for several weeks. Chances of any type of recovery soon dimmed. My sister and I took turns spending time next to him. One late evening, as I fell asleep in his hospital room, the nurse rushed in. She checked his pulse and told me the words I dreaded hearing: “Your father has passed.”

I was surprised at the natural desire I had to share my dad’s story at his funeral, in front of a large group of friends and family. There were brief, annoying thoughts that I would do a poor job or forget a line. But I quickly replaced this internal voice with the encouraging truth that I could do this. After all, I am a Toastmaster.

I arrived at the funeral an hour early, walked around the facility, rehearsed behind the lectern, and visualized getting comfortable; all techniques I had learned and honed through Toastmasters.

At the conclusion of my eulogy, I stepped away knowing I had provided those in attendance with a vivid and fitting tribute to my father’s incredible journey.

Through Toastmasters, I was able to develop skills to overcome the fear of public speaking. As a result, I am now able to use my voice to share the life of a man who lives on as my personal inspiration and an inspiration to future generations.

Robert A. Nevarez is a Past Division Governor and Past Club President of the Fresno City Toastmasters in Fresno, California, and a current member of the Henderson Toasters in southern Nevada. He is the retired chief of police of Delano, California. 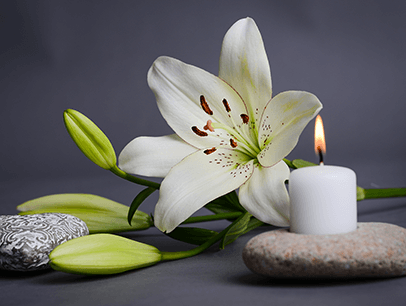 Using My Skills to Honor My Family

Memorializing my cousin online allowed me to provide comfort. 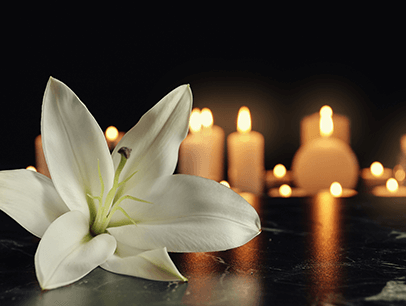 Tips for giving a meaningful eulogy.