When I joined Toastmasters in 2006, I had one purpose—to improve my communication skills. That was it. But as I was preparing to attend my first meeting, the one question on my mind was, what were the members of the club going to be like? I had done my research on how a meeting was conducted, but I knew nothing about the members.

As I entered the room, one member, John, got up, met me at the door, introduced himself, and then proceeded to introduce me to other members. Even though I was still just a guest, they involved me as if I was a member, as if I was already part of the Toastmasters “family.” Their actions and attitudes remained the same after I joined; they were truly genuine individuals. Many of them have since moved on but remain friends to this day.

In May of 2007, while attending my first District conference I met a member named Liz. She saw that I was sitting by myself and came over and introduced herself. I explained that I was participating in my very first District speech contest. Although she hadn’t met me before, she encouraged me and cheered me on during the competition, and even though I didn’t place in the top three, having that support meant a lot. Liz has since moved away, but continues to be a friend—and a Toastmaster—and is always willing to offer support and encouragement when needed.

I have many stories like this about people I have met along my Toastmasters journey. The names and stories may change, but so many times a person who started off as an acquaintance developed into a great friend.

When I meet members all over the world, I constantly hear words like “family,” “close friendships,” and “my community” being used to describe someone’s experience with Toastmasters. People initially join to learn something, to grow, and to improve themselves. And that takes not only a willingness from within to be vulnerable but also positive support and encouragement from others. I think that’s why so many of us have forged such deep bonds with each other.

So many times a person who started off as an acquaintance developed into a great friend.

Toastmasters is about more than just communication and leadership; it’s also about the people we meet along the journey, about the impact they make on us and we on them, and about our enduring friendships.

A New and Vital Journey 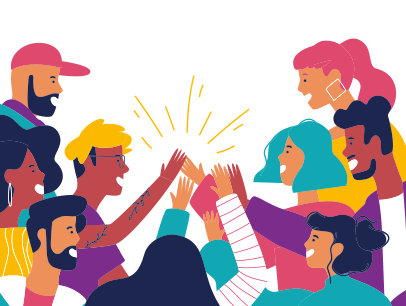 Stories of connection through clubs, Districts, and beyond.